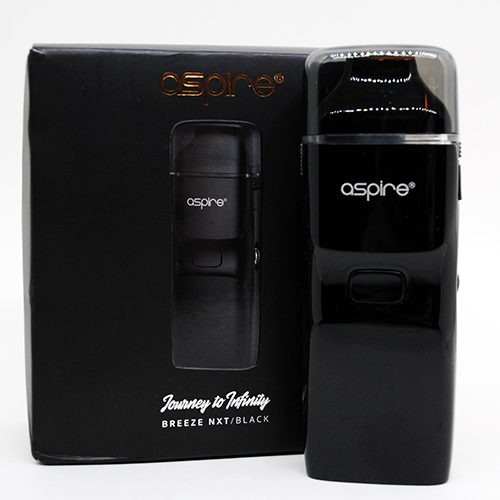 Aspire Breeze NXT Review — How Does The Latest Breeze Stack Up? 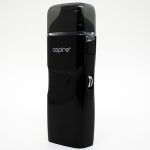 Aspire have been setting the standard for pod vapes since they introduced the original Breeze in 2017. It was a compact, long-lasting pod vape that really delivered on flavor. Aspire continued to deliver with the release of the Breeze 2 in mid 2018 and it turned out to be an even better device.

Now, Aspire have just released the Aspire Breeze NXT. It’s the latest in Aspire’s Breeze line of devices and it looks set to continue the trend of continual improvements. The NXT has an easily accessible airflow control dial, a massive 5.4ml ejuice capacity pod and it uses new, easy to replace 0.8ohm coils. Additionally, Aspire have brought back the draw-activated firing that was absent from the Breeze 2 but so loved on the original Aspire Breeze.

Does the NXT live up to the Breeze name?

This device was sent to me for the purpose of this review, directly from Aspire.

Aspire Breeze NXT Review — How Does The Latest Breeze Stack Up? 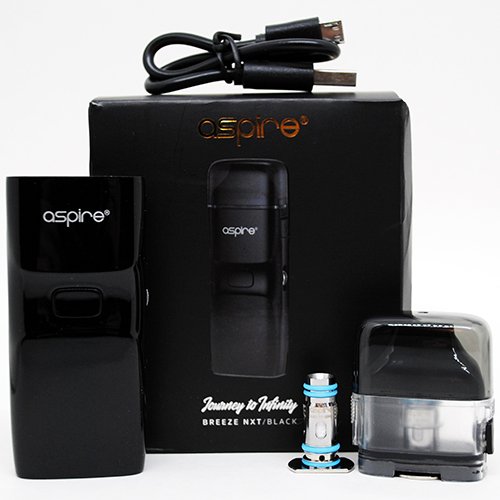 The Breeze NXT shares a similar shape and size to the original Breeze and Breeze 2 at 96mm tall, 35mm wide and 20.5mm deep. However, the device’s design has been completely overhauled. It’s got a curvy front and back as opposed to the smooth, flat design of the Breeze 2 and this makes the NXT a lot more ergonomic to hold. Your thumb rests perfectly on the center of the device and that’s right where the fire button is located.

The fire button is firm and responsive and it doesn’t rattle or shake. It’s got the perfect amount of throw and feels nice to use. You don’t have to press the button to vape with the NXT though. It’s also got draw-activated firing that worked effortlessly each time I used it. I didn’t have to struggle to activate the draw and I found it just perfect.

The paint on the NXT is also different than its predecessors. As opposed to a matte finish the Breeze NXT comes in three glossy finishes. It looks better but it will also show fingerprints much more visibly. If you don’t give the Breeze NXT a wipe down every so often it ends up looking really dirty and smudged.

Located on the right side of the NXT is an airflow control dial which can be adjusted to deliver anything from a restricted lung hit to a MTL draw. This is a big improvement because while the Breeze 2 had an adjustable airflow ring, it was located in an inconvenient and slightly inaccessible spot. You had to remove the drip tip in order to get to it. This design is much more convenient and allows you to adjust your airflow on the fly.

Like the Breeze 2, the NXT also comes with a dust cap. It can be placed over the mouthpiece when you’re not using the device, like when you’re putting it in your pocket. This prevents any lint or dust from getting into the mouthpiece. The only problem is that once you remove it from the device there’s nowhere to put it! It doesn’t go onto the bottom of the NXT like a pen so it’s easy to lose it. I’ve been careful so I still have my cap but I’m sure it’s only a matter of time before it goes missing.

The pod capacity has to be one of the most impressive features of the NXT. It can hold a whopping 5.4ml of ejuice and can be refilled while still seated in the device. The plug on the fill port is super thick and very deep, containing all of the ejuice without any leaking.

The pod is clear and it’s visible from both sides when seated. This makes it easy to see how much ejuice is left in the pod. There’s also a transparent strip of the pod that is visible on the front, right where the pod meets the battery. This can be used to see the ejuice level when filling. It’s great design by Aspire.

The pod pressure fits into the NXT and clicks into place. It’s very firm when seated and doesn’t move or wiggle. There are also grips on the sides of the pod that make it easy to remove the pod.

The mouthpiece is similar to the Breeze 2. It’s curved, comfortable and tapers into a wide bore, oval shaped opening.

You get two 0.8ohm mesh coils with the NXT. These are good for both freebase nicotine ejuices and nicotine salts. I would keep the nicotine strength on the low side if you’re using nic salts though. Otherwise you’ll get nic sick fast.

It’s a breeze to insert a coil as it’s plug n play and simply pushes into the bottom of the pod. Removing the coil is a little more difficult though. You have to use your nails to grip the coil and pull it out. it’s awkward to say the least. The coil that came pre-installed in the pod was hell to remove and I almost broke my pod and fingernails trying.

The coil wicked well in my testing. I tested it with 50/50, 60/40 and 70/30 VG/PG ejuices and I didn’t have spitback or popping. No dry hits either. This is the only coil available right now for the NXT so I’m glad that it’s capable. If they release more coils in the future I’ll update this review with my thoughts. 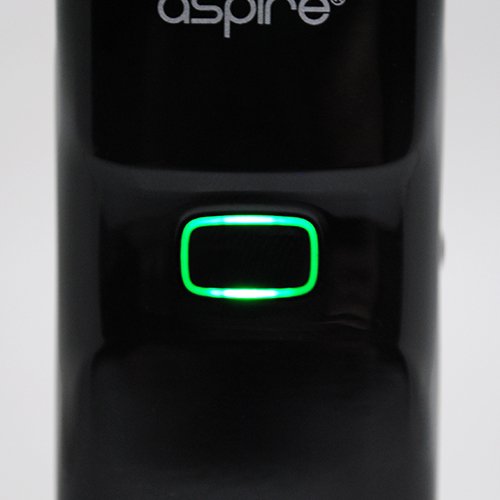 The NXT has a 1000mAh battery which is about average for a device of its size. It’s been great on battery life during my testing. I’m actually quite impressed. You can expect to get a day and a half out of the NXT with heavy usage and 2-3 days with lighter use.

There’s a battery indicating LED that lights up around the fire button each time that you take a draw. It will light up in one of three colors:

Once the battery is completely depleted the LED will blink red and refuse to fire. Charging times with the NXT are average. It uses a micro-USB cable to charge and takes about an hour and a half to reach a full charge. When it’s fully charged the LED will turn off. 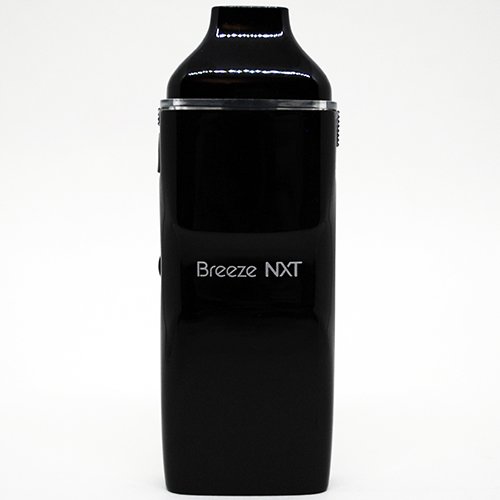 The Breeze NXT functions with direct output voltage so the draw gets weaker as the battery dies. It’s really only noticeable once the charge reaches the red level which is below 3.5V. Otherwise it’s a very consistent draw that is strong but pleasant.

Using the airflow fully open or just slightly closed produced the best draw for me. It’s a restricted direct lung draw or a MTL draw. Closing off the airflow too much makes the vapor unbearably hot. If you like searing hot vapor though you can always close down that airflow!

The 0.8ohm coil took a half pod to break in but once it did, the flavor is good and vapor production is decent. Coil life has been good too. I went through 3 pods using the same coil and didn’t get a reduction in the flavor.

I tested the NXT with a 6mg freebase ejuice as well as a 25mg nicotine salt. The nicotine salt was a little powerful but still bearable. I wouldn’t recommend going over 30mg nicotine salts, even if you’re a heavy vaper or former smoker. The 6mg ejuice vaped smoothly but it did feel light after vaping the 25mg salt. 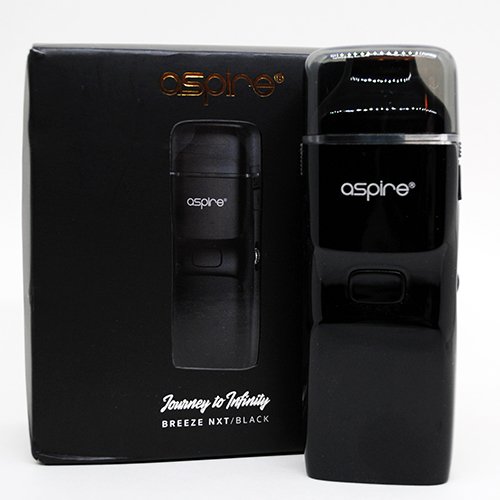 The NXT is definitely an upgrade to the Breeze 2. For one, the design is spot on! I’m a fan of the curves because it feels good to hold. The return of draw-activated firing is also a welcome feature and it works great as well. I’m also happy that the pod is clear and has such a massive capacity.

It’s everything that was great about the Breeze 2 made even better. However, if you’re planning on using a nicotine salt ejuice over 30mg strength, this isn’t the device for it. Hopefully they’ll release non sub-ohm coils in the near future to address this issue.