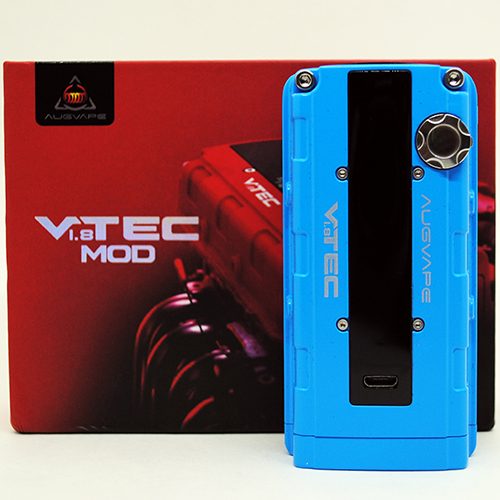 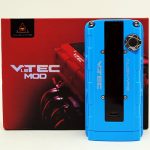 Today I’ve got my hands on the VTEC 1.8 mod from Augvape and boy does it look familiar. If you’ve seen their V200 mod (which I reviewed before) you’ll notice that this mod looks nearly identical, save for a few minor design differences. I really liked the V200 for its unique engine-themed design and reliable, efficient performance so I’m pretty excited to see how the VTEC 1.8 performs.

It’s a dual battery box mod that will fire at up to 200W and as opposed to the V200, the VTEC 1.8 comes with Variable Voltage mode. It’s also available in a new baby blue color and Augvape have told me that they’ve reinforced the battery door as well. But is this an upgrade worth picking up?

The VTEC 1.8 is almost a carbon-copy of the V200. It looks almost exactly the same! At first, I wasn’t even sure if I was sent a different mod. But there are a few very minor design changes that separate the VTEC from the V200.

One is the leather strip at the back of the mod. This wasn’t there on the V200 and is the biggest visual difference between the two. The strip has B18C-R embossed into it to signify the engine that this mod is modeled after, the Honda B18C-R.

The other design difference is that VTEC 1.8 is printed on the mod instead of V200 and that the VTEC comes in a baby blue color rather than white. Oh, and there’s an LED that lights up whenever you press the fire button. Otherwise, the two mods are identical. Same height, same weight, same materials.

The VTEC has the same hidden fire button integrated into the top of the screen. If you didn’t know it was there you might never find it. It’s very well hidden. It’s awkward to reach at first but once you get used to it it’s fine.

The 0.96” OLED display is clear and crisp. It’s also bright enough to see outdoors without struggling. The glass is also very scratch-resistant and has held up well during my testing.

I love the adjustment button on this mod. It’s a dial rather than traditional up and down buttons and it’s awesome to use. It’s spring loaded so you just flick it up or down to change your wattage. It’s meant to look like the oil cap on the B18C-R engine so it’s neat that they implemented this design element with a practical use.

Instead of a wheel hub design like on the V200, the VTEC 1.8 has a plain black 510 plate. Unfortunately it’s still raised off of the mod and doesn’t sit flush. This was one of my peeves from the original. It’s a small issue with no real performance disadvantages but I still wish that this was fixed! 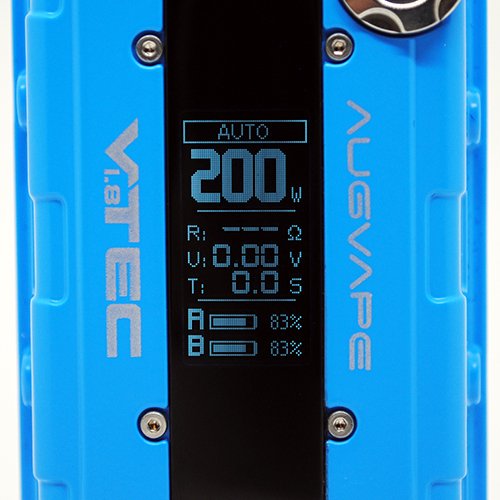 The VTEC 1.8 is a dual 18650 battery box mod that is powered by Augvape’s own in-house chipset. In power mode it will fire from 5-200W. It also has Bypass mode, something called V mode and now has Variable Voltage mode too.

The 0.96” display shows essential information such as your current wattage, coil resistance, voltage and puff time. The information is spread out nicely and easy to read.

The V mode included with the VTEC is supposed to make for faster ramp-up times than in power mode but similar to the V200, I didn’t notice much of a difference.

Switch Modes: Three clicks on the fire button. Use the adjustment buttons to scroll through the modes and press fire to select the mode.

Lock Fire Button: Turn the dial down and press the fire button simultaneously.

Lock Wattage: Turn the dial up and press the fire button simultaneously. 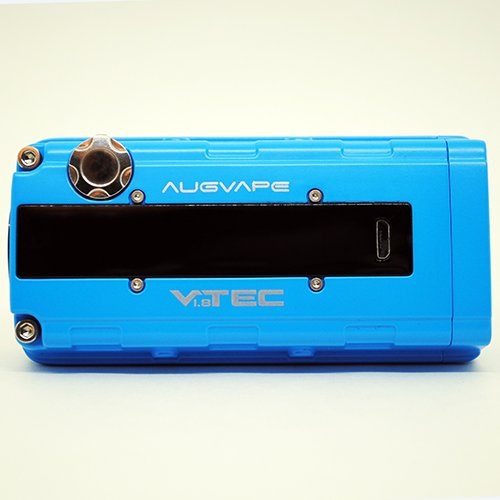 I have one issue with the VTEC and it’s one that the V200 didn’t have: firing speed. In AUTO mode (power mode) or V Mode the VTEC takes around half a second before it ramps up and starts to fire. This only happens when you fire the device after not using it for a bit. It’s minor but still noticeable. The V200 fired nearly instantly so I’m not sure what the issue is. In VV or Bypass mode though, the VTEC fires nearly instantly.

Once you get the mod to deliver the first draw though, it fires instantly for the duration of the session. It’s just as efficient on battery as the V200 was and will fire until your batteries are dead. It sips on power at wattages up to 100W so in this respect it’s great for a daily-driver.

The VTEC also delivers accurate and reliable performance. At mid-wattages it delivers the wattages that it says it delivers and functions without any issues. 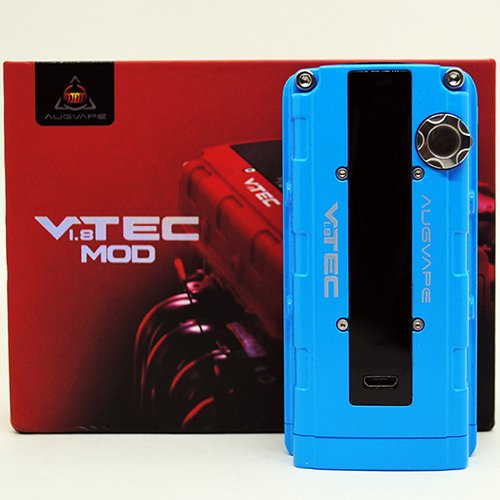 From what I’ve read online it doesn’t seem like I’m the only one with a ramp up delay. It’s slight but still noticeable. The upgrades over the V200 are also very minor so it’s really not worth picking up if you’ve already got a V200.

However, if you don’t have the V200, the VTEC would definitely be a good mod to get. Variable Voltage mode works great, as does Bypass and everything else about the mod is solid. It’s really well-built and I love the design. If you can deal with a bit of a firing delay and mainly use wattage mode, the VTEC is a reliable mod to pick up.