Augvape Druga RTA Review: This RTA is on Point! 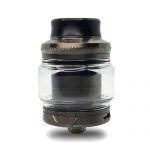 Hot on the heels of the Druga 2 RDA, Augvape have now released the Druga RTA. It is a 24mm diameter, single coil RTA with angled bottom airflow which is honeycombed on the deck. It also has side airflow to hit both the bottom and sides of the coil. It’s a very small RTA, which has me wondering how they’re going to fit the clamp  system that featured on the Druga RDA into the Druga RTA.

Let’s take a look at the Druga RTA. 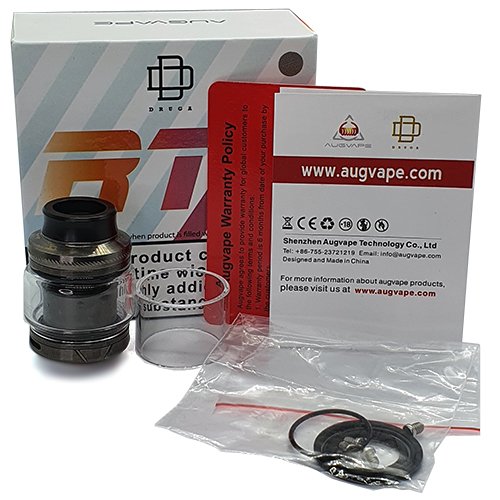 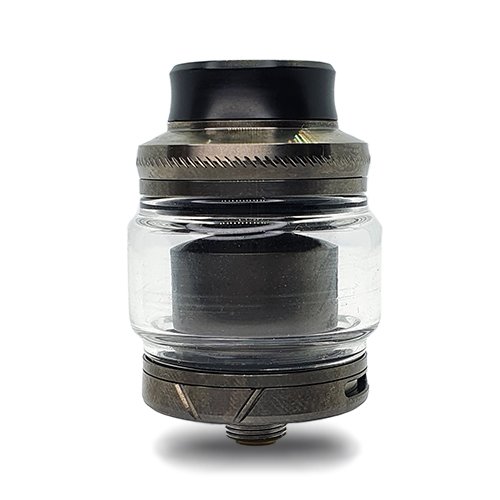 This is a small RTA. The diameter is 24mm but the height is only 39.5mm; I’ve used drippers that are taller than the Druga RTA. It’s nice and compact and very lightweight too, weighing 41.5g.

The Druga RTA is available in Black, Stainless Steel and Gunmetal.

At the top is a low profile 810 drip. The drip tip has a subtle curve around the outside, which makes it comfortable to use. I do tend to favor slightly higher-profile drip tips, but I got along fine with the included drip tip. You can swap out the drip tip if you prefer to use your own.

The fill ports located beneath the top cap are large and kidney shaped. The whole fill section is recessed, so if you miss the fill hole or overfill slightly, liquid is not going to run down the side of the tank. 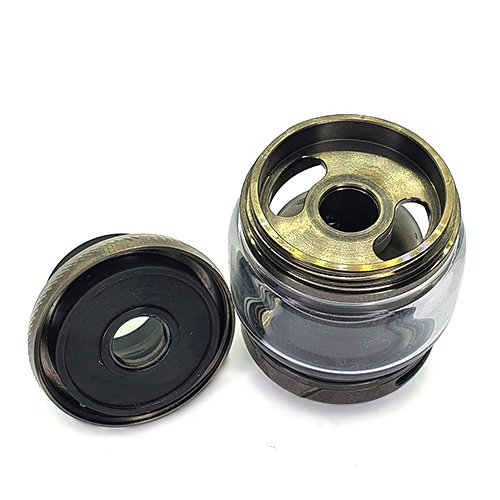 The Druga RTA comes with the straight glass installed, which gives a 2.4ml capacity. There is also a bubble glass included in the box that will increase the capacity to 3.5ml.

On the outside of the chamber is the Druga logo, which is engraved into the chamber but is still subtle looking.

The airflow control ring is located around the base of the RTA and has two cyclops style airflow slots on either side, with two V shaped engravings on each side which act as knurling for grip. It has hard stops when fully opened and closed.

On the base of the RTA is an adjustable, gold plated 510 pin, a serial number and regulatory marks.

The overall design of the Druga RTA is very minimalistic, which I like. The small height of the RTA along with its subtle design makes it a sleek looking RTA and it’s lightweight too.

The build quality on the Druga RTA is good. All threading is smooth and the AFC has a nice resistance when adjusting. 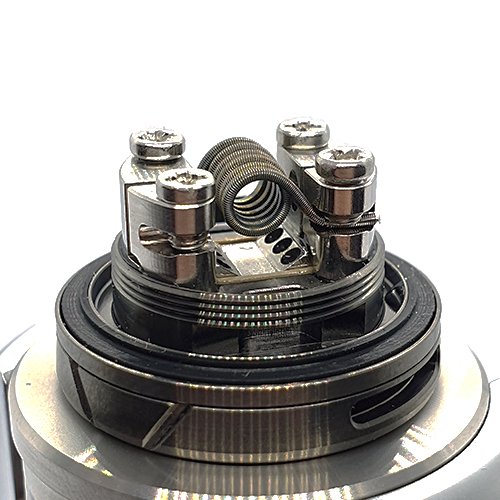 So, to answer the question of how they have managed to fit the clamp system from the Druga and Druga 2 RDA’s into the Druga RTA; they haven’t!

Instead, the build deck has two blocks on either side, each containing two posts, with a channel running down the middle where your coil sits. I like the inclusion of the four posts as it gives you a few different options when mounting your coil.

Firstly, you can use coils wrapped either clockwise or counterclockwise without changing which way you prefer to mount your coils.

Secondly, you have the option of using coils wrapped with full wraps or with half wraps (coil legs both pointing the same way or pointing opposite directions).

The posts themselves have open ended slots to tuck your coil legs under so you don’t have to feed your coil legs through a hole, and the coil legs are secured from the top by Philips head screws.

Air comes into the bottom of the deck at a 45 degree angle through three holes on each side and also a single side hole on each side. This lets you position your coil to be hit with air on both the bottom and side.

The wicking ports are ample sized for a single coil RTA and the position of your coil means your wick doesn’t need to be too long either, meaning less distance for liquid to travel to the coil.

Building on the Druga RTA 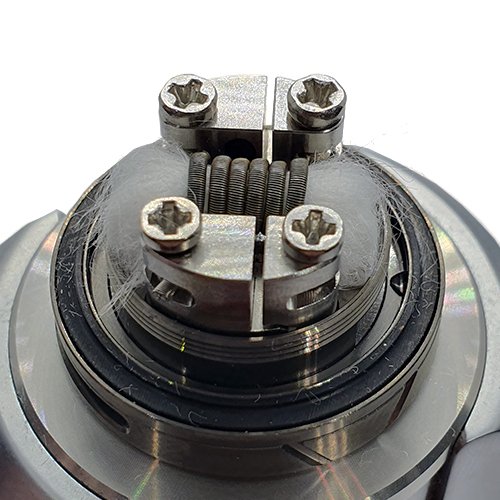 It’s very straightforward to install a build on the Druga RTA. Depending on how many wraps your coil has and how you are going to mount it, unscrew the two post screws that you will need.

Your coil legs can be tucked into the side of the posts, then tighten the screws down to secure the coil legs.

Snipping the excess coil legs does need to be done quite precisely. You need to snip them as close as you can to the posts as there isn’t much room when the deck is screwed into the chamber and you may experience a short.

Dry burn and work out any hotspots from your coil.

Insert your cotton and cut to length, fluffing up the ends and thinning out if required.

Finally, tuck your cotton tails into the juice wells, making sure they are not choking the ports. They need to be loose enough to allow liquid to be soaked up by the cotton, but not so loose that the cotton will be overwhelmed and result in a flooded deck. 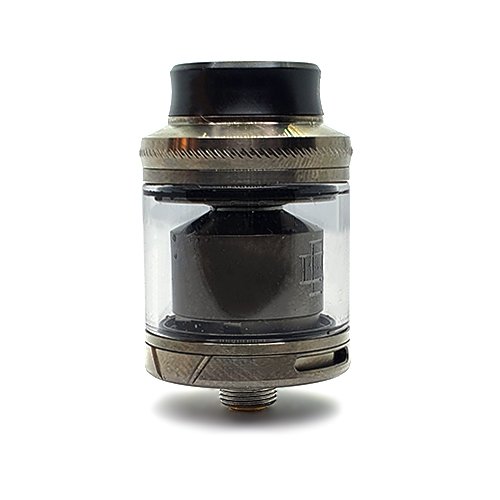 Vapor production is vast too, if you like lots of clouds. The airflow is on the noisy side, not turbulent, but noisy no matter how you set it.

Once the Druga RTA is on a mod, I did find it hard to adjust the airflow control ring due to its narrow size. Not a deal breaker, as when you find what you prefer you usually keep it there anyway.

Really great flavor, lots of clouds, easy to build and wick, small and lightweight. The Druga RTA ticks all the boxes.

My negative points are that the coil legs need to be clipped flush with the posts; there isn’t much room for excess when the base is screwed into the chamber. Also, the noisy airflow and the narrow AFC being difficult to adjust when on a mod are further cons.

For me, I can live with noisy airflow. The clipping of the coil leads isn’t too much hassle and once you’ve dialed in your preferred airflow you’re all good.

The only other thing is that there are no included pre-built coils and tools, so if someone was buying this as a first RTA and didn’t have any tools, they’d be a bit stuck.

Overall, I really enjoyed the Druga RTA and couldn’t recommend it more if you’re looking for a single coil RTA.