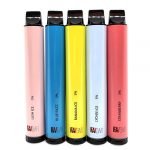 The Flavbar V3 is the successor to the Flavbar V2 that I recently reviewed and really liked. The flavors all tasted great, the throat hit was good, and each disposable lasted a while. The Flavbar V3 improves on all of the already good aspects of the V2 with a larger 1200mAh battery, 6ml of ejuice, and a claimed puff count of up to 2000 puffs. 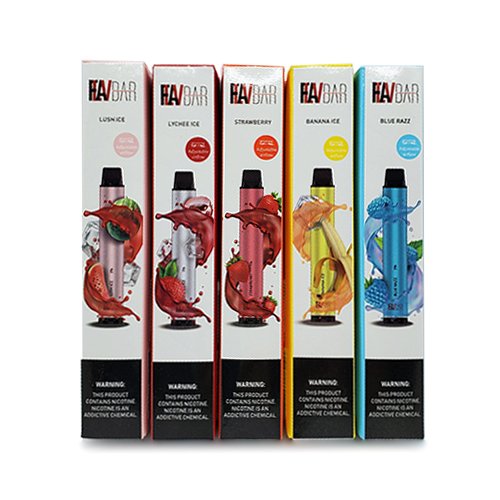 Each disposable comes individually packaged in their own separate box. Inside of the box they’re sealed in packaging for freshness with a silicone cap over the mouthpiece and airflow control dial. The plastic packaging and box both look good which is always reassuring to see. I see it like this: if they’ve taken the time to make sure that the packaging is attractive then they’ve likely put similar effort into the device. This isn’t always the case but most of the time I’ve found that nice packaging is a good sign for the product too.

Once you remove the packaging and silicone caps the Flavbar V3 is ready to go. There are no settings to adjust or buttons to turn it on, just draw on the mouthpiece to begin vaping. When you take a draw a blue LED ring lights up around the airflow control ring. It looks cool and the light isn’t overly bright.

If you’ve seen the Flavbar V2 disposables then the Flavbar V3 will look extremely familiar. It’s basically the same device, only taller and fatter. These are definitely the largest disposables that I’ve used and they weigh quite a bit as well. You’ll definitely feel them in your pocket if you carry a couple of them around with you.

Each disposable is prefilled with a massive 6ml of 5% (50mg) nicotine salt eliquid. They also have a 1200mAh built-in battery to last long enough to vaporize all of that ejuice. Flavbar claims that you can get up to 2000 puffs from each disposable.

The paint finish is just like the Flavbar V2; it’s a pearlescent finish that is really subtle. You don’t notice the sparkles in the paint until you look very closely but it gives these disposables a classy look.

As opposed to most other disposables, the drip tip here is more like a traditional drip tip that you would find on a pod vape. The sides slope up to make a nice shape that is comfortable and natural to vape on.

The front of each Flavbar V3 has a small Flavbar logo, along with the flavor and nicotine strength. The back has a V3 printed on it to let you know which device you’re using.

The design and build quality of these is outstanding but I do think that they’re big for a disposable. I much prefer the size of the Flavbar V2 as it’s much more portable and slender than the chunky design of the V3. On the other hand, bigger is the only way to fit in more eliquid and the larger battery. It’s a trade-off of portability for longevity. 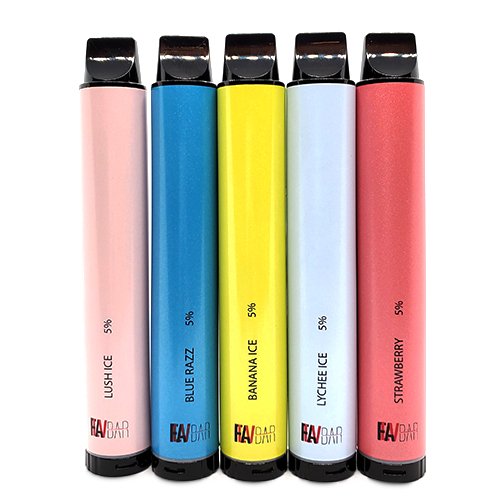 Flavbar V3 disposables come in 10 flavors. These flavors are: Blue Razz, Peach Ice, Strawberry, Strawberry Banana, Melon Ice, Lush Ice, Cool Mint, Banana Ice, Lychee Ice, and Grape. I have 5 of these flavors in the V3’s for this review and I previously reviewed the other 5 flavors in my Flavbar V2 review so if you want to know how the other flavors taste, go check  out that review.

Watermelon and menthol are a flavor combination that seems to be extremely popular and the Flavbar V3’s take on it is pretty good. The fruity watermelon notes are good and are in equal proportion to the cool, chilly menthol. This flavor has a lot of menthol but if that’s your type of vape then I suggest trying it.

This is another tried and true flavor that they’ve gotten just right. The candied blue raspberry is sweet and tasty but it’s not sickly sweet. This is the flavor that has been my go-to during my review because it just tastes so good. The only negative I can say with this one is that you’ll want to keep vaping it and end up giving yourself a nicotine rush.

You know those small banana hard candies that you would get out of a vending machine? That’s what you get here, along with a healthy blast of menthol. This could be a good flavor but the banana flavor kind of gets lost in the vapor. I taste it briefly on the inhale and then as quickly as it came, it’s gone.

Lychee isn’t as popular of a fruit flavor as other fruits but I love it. If you’ve never tried lychee then it’s hard to explain how it tastes. The best way I can describe it is a subtle grape with strong notes of roses. The menthol accentuates the flavoring and they pair together well. Great flavor. If you like menthol and haven’t tried lychee then you should still give it a try.

Strawberry is a staple flavor for any disposable and quite frankly, I’m sick and tired of all of the strawberry flavors out there. But I can’t lie, this one is tasty. The strawberry is slightly candied but still tastes naturally sweet. Like the Blue Razz, this is a flavor that you will want to vape on until you end up with a nicotine rush. 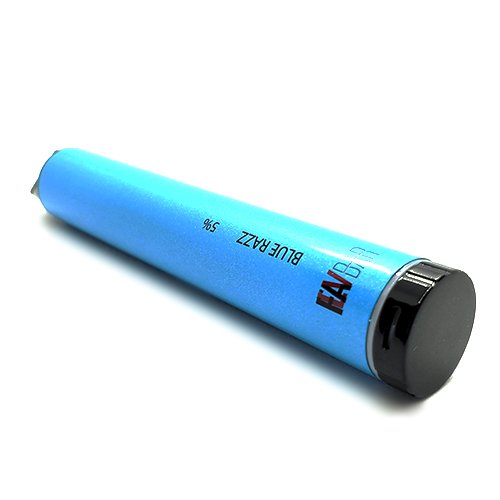 I’ll start with the airflow on these. Flavbar V3 disposables have an airflow control ring with two slots that allow you to adjust the airflow to your liking. The airflow adjustment isn’t on a stopper and spins freely around. If you leave the airflow wide open you get a tight mouth to lung draw that feels slightly tighter than most other disposables that I’ve used. Closing down the airflow makes the draw increasingly more restricted to the point where it takes real effort to draw.

The throat hit from these is strong but smooth. The vapor is warm and gets hotter as you take longer draws or close off the airflow. I haven’t had any technical or performance issues at all during the time that I’ve used these. They haven’t malfunctioned and the draw activated firing has worked perfectly.

There are a lot of good disposable options out there and after using the Flavbar V3, I think that this is another good option. The flavors are good with 6/10 of them being ice and 4/10 of them being non-ice fruit flavors. The airflow adjustment is an interesting feature that lets you tune your MTL draw to however you like and that’s unheard of on a disposable. Each one delivers a satisfying draw and long lasting usage life. The overall performance is impressive.