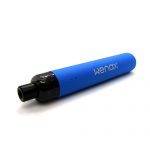 The Wenax Stylus from Geek Vape is an AIO pod device that is strictly aimed at mouth to lung vapers. It features a 1,100mAh battery, 2ml liquid capacity and either auto or button draw.

Let’s have a look at the Wenax Stylus. 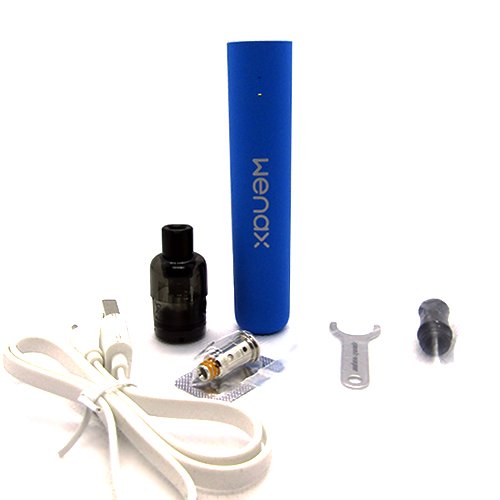 The Wenax Stylus is cylindrical in shape. It’s very thin too. To give an idea of its size it is almost the exact thickness of a 18650 battery and about one and half 18650 batteries tall. It’s very light too. On my scales it’s approximately 48g when the pod is full of liquid.

The body of the Wenax Stylus has a rubberised feel, which makes it really nice to hold. It reminds me of the coating on the Vaporesso Gen mod, but without the dimples.

It’s a really simple device. It has the Wenax name on ‘front’ and a tiny airflow hole near the top, literally a pin hole. On the ‘back’ it has the Stylus name, a micro USB charging port and another tiny airflow hole.

On the bottom it has a button with the Geek Vape logo.

Up top is the pod, which looks tiny. It pulls from the top of the device, but doesn’t feature any magnets. Instead it just presses into the housing of the body and fits very snugly. The pod is actually bigger than it first seems, as more than half of it is covered by the housing of the body, but it’s still a compact pod.

That’s really all there is to the Wenax Stylus. It feels really well built and looks really nice. 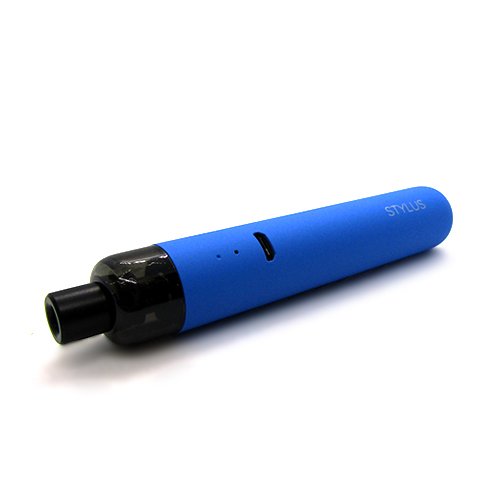 The Wenax Stylus is powered by the AS Micro chipset. It has an intelligent power output, which limits the output power depending upon which coil you have installed.

To turn the device on you press the fire button, located on the base, five times. To turn off it’s five clicks again.

You can then vape the device using the auto draw feature. Alternatively you can press the fire button while taking a draw, which will always output at high power.

That is all there is to the Wenax Stylus, a very simple and easy device to use. 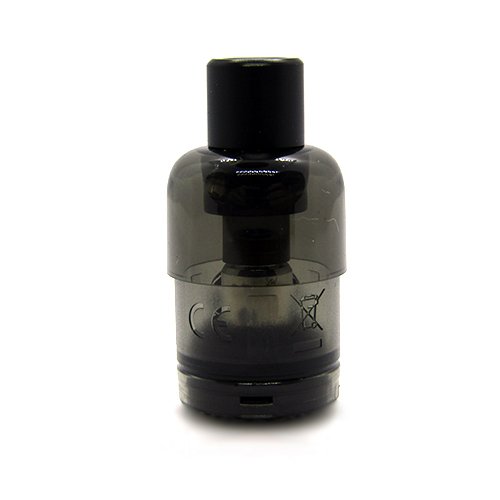 When you pull the pod from the device it has a rubber stopper on the side which you pop open to fill the pod. The rubber stopper does feel a little thin at the hinge. The fill port beneath is decently sized, so filling the pod is mess free.

Coils are press fit so you just pull them out, either with your fingers or using the included coil removal tool provided. A new coil can then be pressed into the base of the pod for installation. 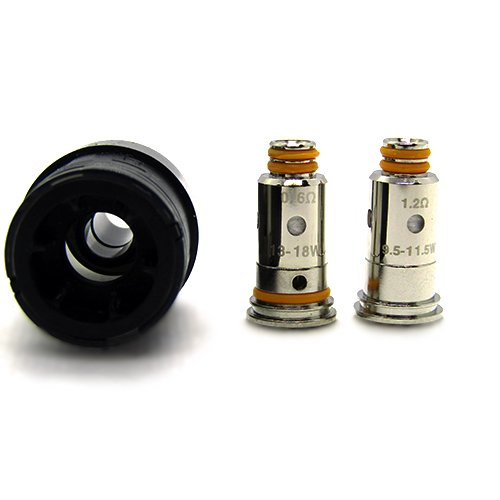 The Wenax automatically chooses the power output depending on the coil installed. 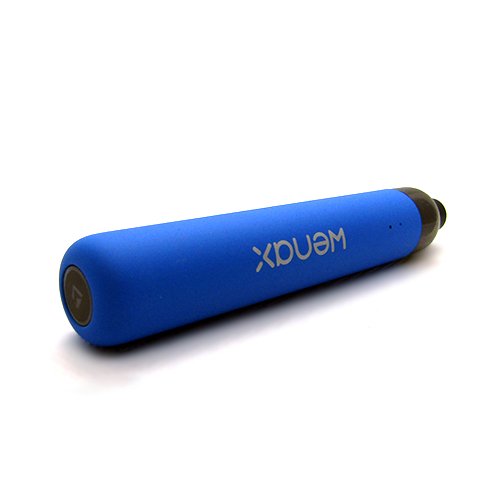 The first thing I wanted to mention is that the auto draw feature works flawlessly. I have experienced no draws where the device didn’t fire. I’m not usually a fan of auto draw, but this just works and I found myself not bothering with the fire button.

I chose to swap the pre-installed drip tip for the taller mouth to lung style one. After trying them both, I just enjoyed this one more. It’s just personal preference and nice that you have the choice out of the box. Either drip tip is very comfortable to use.

I first tried the 0.6ohm coil as it was pre-installed. Flavour is very good, the draw is tight. It’s a mouth to lung draw, no two ways about it. You can direct to lung draw it, but it is very, very tight.

After a week I swapped to the 1.2 ohm coil, but the 0.6ohm coil hadn’t yet died. Again very good flavour and a tight mouth to lung draw.

Leaking has been non-existent during my time testing the Wenax Stylus.

I cannot fault either coil, and the Wenax Stylus does what it does perfectly. It’s mouth to lung vaping, with no distractions at all; pick up and vape.

One little side note is that when drawing on the Wenax Stylus it has a little humming sound, not too dissimilar to the OXVA Origin. I’m wondering if it uses PWM. It’s not annoying or anything, I’m just wondering to myself.

I think Geek Vape has done an awesome job with the Wenax Stylus. You cannot get any more simple to use. It feels lovely to hold, great mouth to lung flavour and draw, excellent battery life, great coil performance.

If you have a family member who smokes and have maybe been put off by vaping due to being overwhelmed by buttons, screens, menus etc, this would be an ideal device to help them switch to vaping.

If you are looking for an out and about device or discrete setup this would be a very solid choice.

If someone wanted to switch to vaping and asked me what device they should get, right now this would be the device I would recommend, hands down.