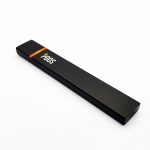 Plus Pods disposables are disposable vapes with real oomph. They come individually packaged for $6.99 at places like Vapor4Life and are pre filled with 1.2ml of eliquid. They have 10 flavors to choose from, most of which are straight fruit flavors, but they have menthol fruit flavors as well.

Where most disposables come in 5% nicotine strength, Plus Pods come in 6%. This makes them 20% stronger than the JUUL and means that it doesn’t take as many puffs to satisfy the craving.

These disposables were sent to me from Vapor4Life for the purpose of this review.

Plus Pods disposables are small and thin. They remind me of pod based systems like the JUUL. +PODS is printed on each side of the disposable, along with a line that runs across the top. Each flavor has the logo and line printed in a different color to make it easy to tell them apart.

Plus Pods disposables are sold individually and come prefilled with 1.2ml of nicotine salt eliquid in 6% strength. This makes them much stronger than most other disposables, which come in 5%. Unless you’re a heavy smoker who is trying to quit or you already vape high strength nicotine salts (~50mg) these will likely be too much nicotine for you to handle.

There’s a 280mAh battery built into the Plus Pods disposables and this should last for 300 puffs according to the packaging.

I was sent all 10 flavors to try for this review. The majority of them are pure fruit flavors but some of them have menthol or mint added in.

Orange Burst: This Plus Pods disposable flavor is just what I expected; a citrusy flavor that isn’t too tangy or too sweet but somewhere in the middle. It’s a true and almost natural orange flavor.

Pineapple: Instead of being pronounced and sweet, this is much too subtle. I love pineapple flavors but this isn’t nearly sweet or bold enough and I can barely taste the pineapple flavoring. It’s there; just far in the background.

Grape: Grape is a rare flavor to find in an ejuice, let alone a disposable, so I’m happy that they have one. For me, it’s perfect. This is a candy-like grape that is just sweet enough without being too much. It’s like a grape gummy candy in the form of a disposable.

Melon: Never have I tasted a honeydew flavor recreated so accurately. I’m not even a big fan of honeydew but there’s something light and refreshing about this disposable that keeps me puffing for more. This is about as close to natural honeydew flavor as you can get without actually eating honeydew.

Blueberry: I did not expect strong mint when I took my first puff and it downright knocked my socks off. This Plus Pods disposable is called ‘Blueberry’ but blueberry is a subtle, background flavor in comparison to the strong mint. There’s just enough blueberry flavor to taste as you inhale but this isn’t exactly a blueberry flavor. If you like mint then this will be one of your favorites.

Lush Ice: This Plus Pods flavor is a combination of watermelon and mint. It has an artificial, weird watermelon taste that I can barely call watermelon. It’s not my favorite of the bunch. It’s not nearly as minty as their blueberry either so it’s a weird flavor.

Mango: Plus Pods Disposable Mango tastes a lot like a mango JUUL pod. It’s sweet and slightly tangy with a natural mango taste. This is definitely one of their best flavors and it’s one that I highly recommend if you like mango flavored ejuices.

Iced Peach: Although it has ‘Iced’ in its name, this flavor really isn’t all that minty. It’s a peach-focused flavor that tastes like ripe peaches. It’s a fresh and tasty vape that, like most of their flavors, is natural and less candyish.  Behind their Mango, this is my favorite Plus Pods disposable.

Lemonade: Lemonade flavors are some of my favorite. This lemonade flavor is sweet but not overly so and citrusy without being too sour. It’s not quite like having a glass of lemonade but it’s good enough. If you’re a fan of lemonade ejuices, this Plus Pods disposable is worth giving a try.

Banana: This isn’t a natural-tasting banana flavor but it’s still really good. It tastes just like the Banana Runts candies. Like Melon or Grape it’s a nice change from the same flavors that I’m used to vaping and worth trying if you’re looking for something different. 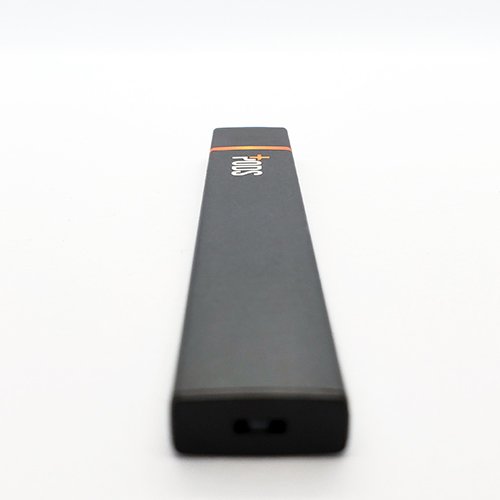 Out of the ten Plus Pods disposable vapes that I was sent, I haven’t had a single issue with any of them. They work just like any other disposable, which is to say that: you use them until they’re done and then toss them in electronic waste.

Because these are 6% nicotine salt strength, the throat hit is noticeably more pronounced and aggressive than a 5% disposable. It’s satisfying and pleasant though and won’t be too strong for someone who already vapes at high nicotine levels.

Plus Pods disposables are supposed to last for 300 puffs but I got anywhere from 211-253 puffs. That’s nowhere near the advertised 300 but it’s still a good amount of puffs for the price. One of these should last you at least a few days, depending on how heavily you puff of them. 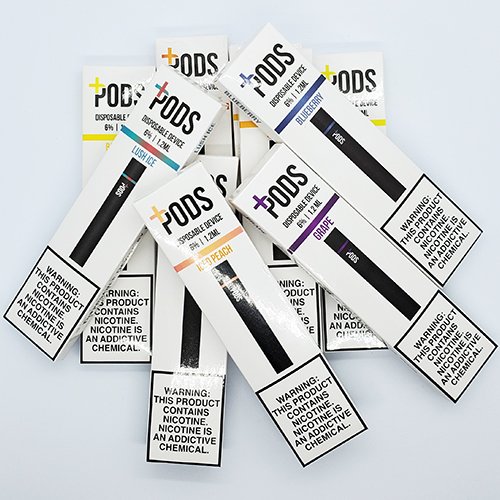 I’m impressed by the flavors. The variety is great and the majority of the flavors are tasty enough that I would get them again. The only flavor that I don’t really like is the Lush Ice disposable but that’s 1 out of 10. The other 9 are worth trying.

For $6.99 it’s worth picking these up, especially if you find yourself going through 5% ejuice or disposables quickly. The extra 1% makes a difference and could be what you need to satisfy your craving.

Have you tried Plus Pods Disposables? Leave your thoughts on them down below.