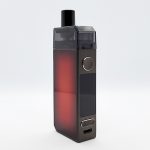 Today I’m reviewing yet another Voopoo pod vape and it’s called the Voopoo Navi! Not too long ago I reviewed the Vinci and Vinci X and while they weren’t shaped like your average pod systems, they were decent devices. I especially liked the screen and adjustable wattage that the GENE.AI chip delivered.

But Voopoo haven’t stopped cranking out devices. The Navi is a pod vape with a more standard form factor and it uses the same GENE.AI chip from the Vinci & Vinci X. It has a 3.8ml pod capacity and draw or button activated vaping. It also has adjustable wattage up to 40W,  an airflow adjustment system and a 1500mAh built in battery.

But is it better than the Vinci X and is the Voopoo Navi worth your money? Keep reading to find out.

Unlike the Vinci X, the Navi actually looks like your regular, every day pod system. It’s small and has a rectangular shape that is much more portable than the large, cube shaped Vinci X. The Navi is 96mm tall, 18mm wide and 33mm deep. It’s one of the smaller pod systems out there and it looks really cute.

The body is made entirely out of metal. It’s cleanly machined, sturdy and well-finished. The back panel is giving me some Voopoo Drag vibes the way it has “NAVI” printed in the same way as on the back panel of the Drag mods.

The front panel comes in seven designs; three are resin. I received the “Lattice Red” panel design and it looks good but it’s nothing fancy. This panel picks up smudges and fingerprints easily — it’s a struggle to keep it clean.

The 0.96” display is full color and exactly the same as the one on the Vinci & Vinci X. It’s bright and vibrant and displays a small Voopoo logo, battery life indicator, wattage, a puff counter, puff time, coil resistance and voltage.

The buttons on the Navi are really nice. It has an indented fire button that takes a reasonable amount of pressure to press so it won’t get pushed accidentally. The throw on the button is just right and it makes a satisfying click when pressed. The adjustment buttons are similarly clicky and resistant to accidentally presses.

How to Use the Voopoo Navi 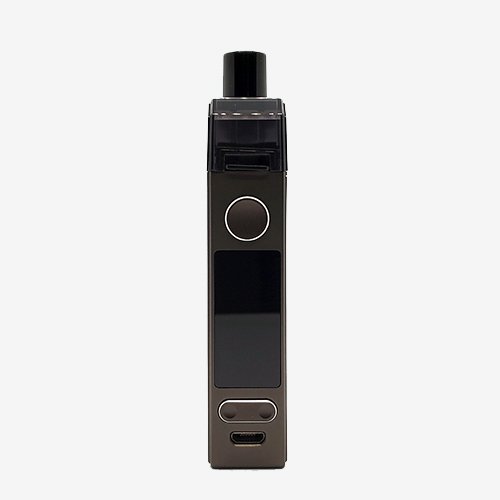 To use the 40W maximum of the Navi you’ll have to pick up some 0.30ohm PnP coils. These are the same coils used in the Vinci line of devices and they’re fully compatible with the Navi.

The button combinations on the Navi are identical to the Vinci: 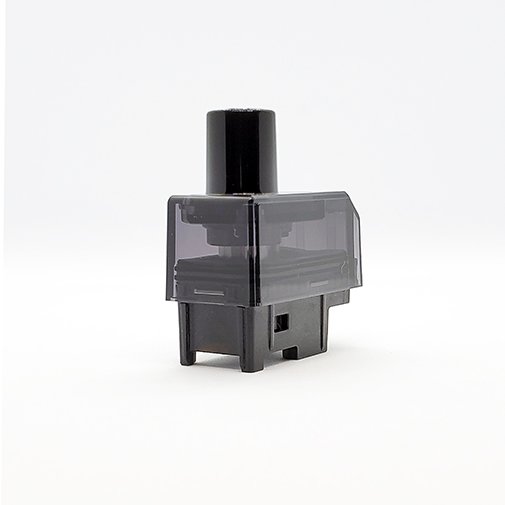 The pod for the Navi holds up to 3.8ml of eliquid and it has a dark tint that makes it impossible to see the ejuice level without holding it up to the light. I get that the dark pod looks better on the device but it’s not very practical.

The pod only goes into the Navi one way and it’s held in place by two very strong magnets. I can lift the Navi by the pod and shake it around without the pod coming out. The pod is very secure and doesn’t come out unless you want it to come out.

The fill port is on the bottom of the pod so it can’t be refilled while sitting in the device. The rubber plug is thick and secure and pulls up to expose the fill port. The port is large but it’s very close to the posts that hold the magnets. This positioning makes it tricky to fit larger 120ml bottles but it’s possible to do with a bit of manoeuvering.

The mouthpiece is built into the pod and it’s almost the size of a 510. It’s round, medium-height, and comfortable to vape on. 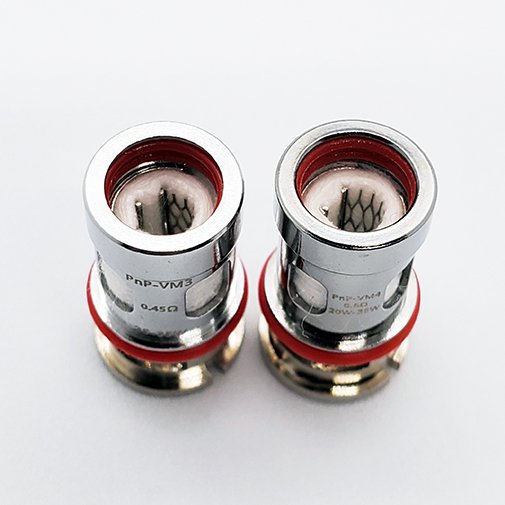 The Navi comes with two coils:

The coils are plug n play and pressure fit into the bottom of the pod. The coils don’t come pre-installed so it’s up to you which one you want to use first. Select a coil, pop it out of the packaging and push it into the base of the pod. Priming it first is a good idea, too.

Apparently, there are three airflow ports on the Navi: one on each side of the pod and a third that feeds directly into the bottom of the pod. There’s a slider on one side of the pod that can be adjusted to decrease the airflow and it can even be completely closed; the other two airflow intakes will still allow enough airflow.

For a tighter draw you can block the airflow on the back of the pod with your finger but I don’t think that’s the intended way of using the Navi. For me, the Navi is just like the Vinci and Vinci X: a draw too loose for me to love. 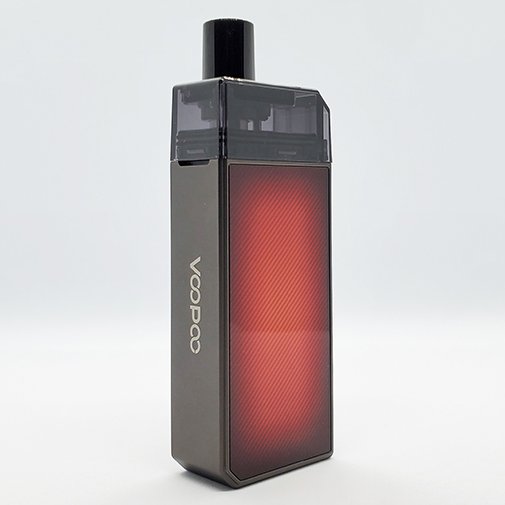 The Navi has a built in 1500mAh battery. That’s huge for such a small device! I vaped for an average of 250+ puffs at 28/30W before the battery died and this was about two days of use per charge. I was expecting more usage time but it’s decent nonetheless.

The Navi charges up to full in approximately one hour which is again decent but not extraordinary. Sadly, it doesn’t have pass thru charging so it can’t be vaped on while it charges.

The Navi uses the same coils as the Vinci devices and what I’ve found is that it’s a similar vaping experience as well. The biggest difference between the Navi and the Vinci X is the form factor; the flavor and vapor are nearly identical.

The 0.45ohm coil is a warm and pleasant vape at 30W. 6mg ejuices vape like I’m using a sub ohm tank which is to say that it’s flavorful and dense vapor. The airy draw has a lot to do with making this feel like it’s a sub ohm tank rather than a pod vape.

The 0.6ohm coil performs just like it did on the Vinci X. I maxed it out at 28W and it still feels like it could go higher. I used a 35mg nicotine salt with this coil and it’s a hell of a kick, one that I wouldn’t suggest unless you’re using high nicotine salt ejuices regularly. The flavor is good and nearly identical to the other coil.

I had some leaking with both coils where I found ejuice pooled under the pod. After using the other Vinci devices which used the same coils, I can say with confidence that this is a coil issue.

There’s no way that three devices which all use the same coils would leak unless it’s an inherent manufacturing issue with the coils. It’s minor leaking but it’s enough to be an annoyance. This is disappointing and definitely not what I expected from Voopoo.

The Navi is essentially a smaller, more portable version of the Vinci X. It uses the same coils and it’s just as flavorful but with the added bonus of an adjustable airflow control. The draw is too open for true MTL vaping but it’s a pleasant DL draw that works well for regular nicotine ejuices.

This isn’t a device for high strength nicotine salts, at least not out of the box. For 50mg nicotine salts you’ll have to pick up a pack of the 0.80ohm coils.

Last but not least, the leaking coils are an issue that make an otherwise great device into a questionable purchase. If Voopoo fix these coils it would make getting the Navi a no-brainer.