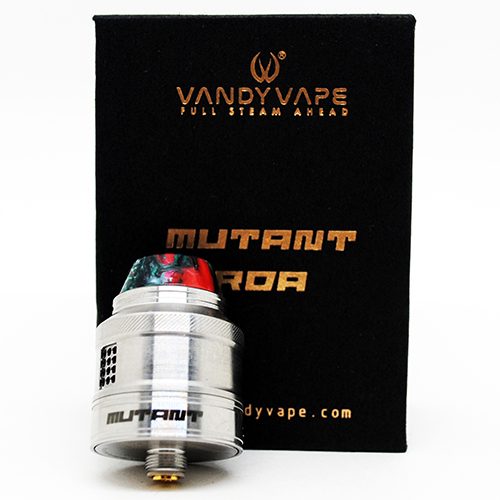 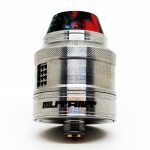 The Mutant is a collaboration between Vandy Vape and VapingwithTwisted420. Vandy Vape have been releasing a lot of new RDA’s this year and all of them have brought their own unique features to the table.

Keeping with the trend, the Mutant isn’t just another typical RDA. It’s a 25mm diameter RDA with a vertical build deck meant for dual coils. On this build deck your coils will be installed vertically instead of horizontally.

There’s a unique center post for squonking that distributes juice onto the top of your wicks and gravity draws the ejuice down to the bottom of the deck. The Mutant also has four different airflow configurations. This RDA is meant to create clouds and the airflow slots make this tank a cloud chasers dream. 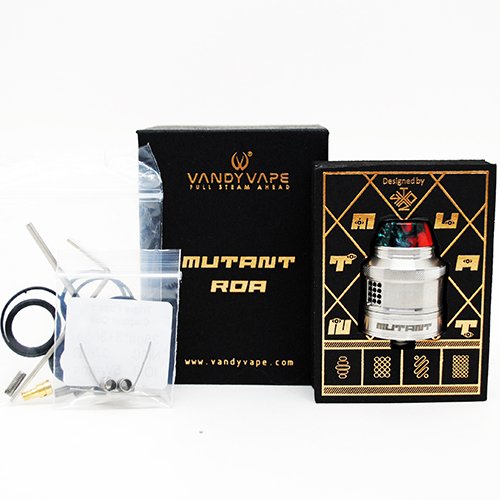 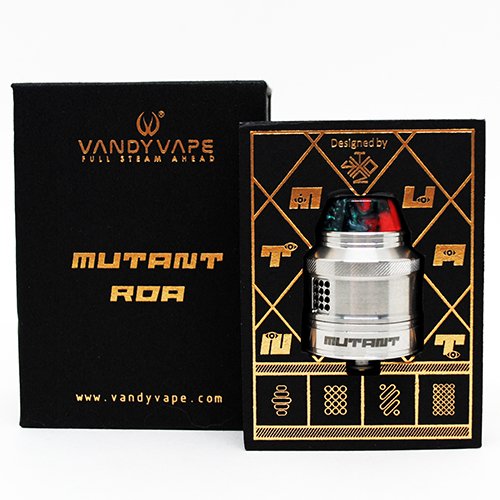 The Mutant is a 25mm diameter RDA. It’s made of stainless steel and it’s an overall well-made tank. Just like other Vandy Vape’s other RDAs the build quality is flawless. It’s got a lot of design lines and the airflow section of the top cap is indented from the rest of the body. Design-wise, there’s a lot going on with the exterior of this RDA but I like the look of it.

The top cap tapers near the top, presumably to concentrate the flavor. There’s also some knurling on the top cap for grip. This is useful for when you’re adjusting the airflow to one of the four patterns.

This RDA comes apart in three sections: the top cap separates from midcap and the midcap separates from the build deck. Removing the mid cap on the Mutant allows you to recenter the airflow on your coils to switch to another airflow pattern; there’s no free rotation of the midcap. Instead, it locks into place on the build deck. This, however, also allows you to easily unscrew the Mutant from your RDA.

The 810 drip tip is conical and narrows near the top. It’s made of resin and it has a nice pattern. Depending on the tank color that you choose you’ll get a differently colored resin drip tip. I got the Stainless Steel Mutant and the drip tip is a sleek mix of green and red resin.

The Mutant has four different patterns for airflow and each one is mirrored on both sides of the mid cap. This allows you to find the airflow configuration that you like the most. In my experience though, they aren’t too different from one another and it’s more of a “cool factor” than of any actual, practical use.

The four airflow patterns are:

To change the airflow pattern you just have to remove the entire midcap and top cap assembly, center the pattern you want to use on your coils, and then lock the midcap back onto the build deck.

The airflow difference between the patterns isn’t very noticeable at all though. While you can get a slightly more restricted draw by switching the airflow pattern, you can also just use the 4 x 6 grid and adjust the airflow down as you wish.

You can go from a DTL vape to a restricted DTL vape by adjusting down the 4 x 6 grid. I tried to use the other patterns but I didn’t find them to make as meaningful a change as just adjusting this grid. The airflow patterns are a cool idea but unfortunately they aren’t very useful.

The Mutant has an interesting build deck. It’s one that will probably cause some confusion the first time you see it but it’s really easy to use.

As long as your coils are the right size to go into the posts, they’re easy to install. The screws on the posts are of good quality and they grip the leads well. The included triple fused claptons fit perfectly.

Once your coils are installed they’ll be sitting vertically on the build deck and on opposite sides of the central squonk post. This central squonk post will distribute juice directly onto the top of your coils and gravity will bring excess ejuice down to the base of the build deck. It works really well as long as you fluff out the top of your wicks.

The juice well is a respectable size on the Mutant, coming in at 5mm deep. This allows you plenty of room to drip or squonk. And because the airflow holes are positioned quite high up, you don’t have to worry about leakage. I’ve over-dripped and over-squonked this RDA multiple times and I haven’t had any leaking.

Building on the Mutant RDA

Building on the Mutant is simple with a little bit of prep work. You’ll want to make sure that your coils are wrapped counter-clockwise or else you’ll have a tough time getting your leads into the posts.

Unscrew the screws on the posts and drop your coil in. Try to make sure that your coil lines up vertically with the squonk post. Tighten down the top screw on one post and the bottom screw on the opposing post. Do the same for the second coil.

Because of the deck style you don’t have to pre measure your leads. You can secure them in and then trim off the excess afterwards. 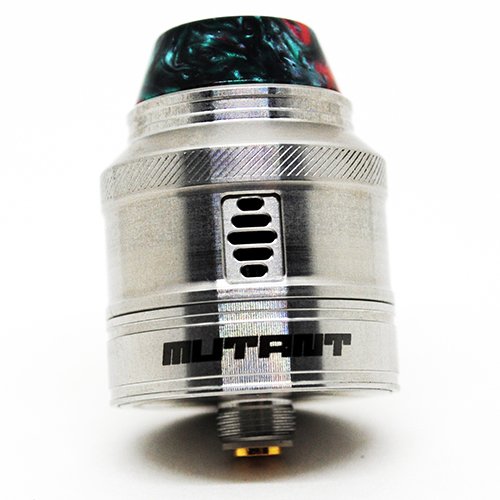 For a vertical build deck the Mutant RDA is ahead of the game. Most vertical deck RDAs aren’t even the same league as traditional build decks. Positioning a coil vertically just seems to take away a lot of the flavor. The Mutant still isn’t close to the best horizontal build deck RDAs but it’s at least a step in the right direction.

I found that the Mutant delivers flavor that is just average. It’s really just ‘okay’. It’s certainly a step up from other vertical decks but it’s still not an RDA that I would vape with all the time. It’s a shame because the execution was as good as I’ve seen in some time. It just doesn’t deliver the flavor that I was hoping for.

However, I don’t think that flavor is really what Vandy Vape were going for with this RDA. The airflow configurations and vertical nature of the Mutant make it more of a cloud-chasers RDA. And if clouds are what you’re after then you won’t be disappointed.

Using the included triple fused clapton coils at 100W, I was pumping out more clouds that I ever have. Thick, heavy vapor is the strong point of the Mutant. There’s a lot of airflow that hits the coils straight on and this is probably what makes it a cloud factory. 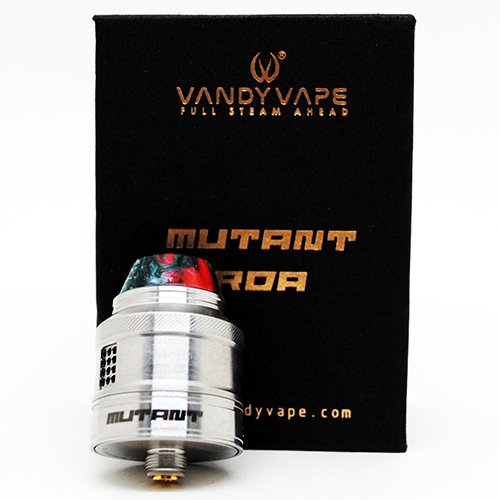 The Mutant is an excellent RDA for cloud chasing but it falls way short in the flavor department. The airflow configurations are interesting as well but they aren’t very useful. Using the 4 x 6 grid is good enough to go from an airy DTL down to a restricted DTL and none of the other airflow patterns offer anything different.

The vertical build deck is the best I’ve seen so far. It’s easy to build on and the wicking is simple too. The central squonk post that distributes ejuice from the top is also a nice touch that works well.

If you’re after clouds then this is a great RDA to purchase. If you’re more after flavor then there are plenty of better options.

What do you think about the Mutant RDA? Let me know with a comment!