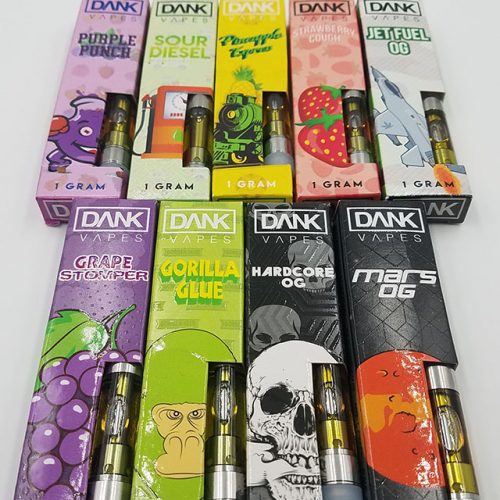 The news has been absolutely buzzing lately with sensationalized stories about people dying from vaping. So far, six people are dead and there are more than 450 cases of reported lung problems.

The Centers for Disease Control and Prevention (CDC) are urging anyone who vapes to stop during its investigation and consider using other methods of smoking cessation. But should you really though?

Because while the media would have you believe that these deaths and illnesses were caused by vaping traditional nicotine e-cigarette products, that couldn’t be farther from the truth.

Vaping has been around for years

Nicotine e-liquids have been used by millions of vapers for years without anything like this ever happening. As far back as 2011, people have been vaping daily to help them on their journey to quit smoking. During this time, not a single confirmed death has been attributed to nicotine e-juices.

Something must have changed recently for all of these cases to be appearing suddenly. But what?

If it isn’t nicotine e-liquid, what’s causing the deaths?

In about 84% of cases, patients said that they were using liquids that contained cannabinoid products like THC. Not nicotine e-liquid. Doctors have said patients, especially teens, are often reluctant to say whether they have used mairjuana products. The other 16% of patients might just be reluctant to disclose that they had used THC as well.

Following this discovery, illicit THC vape carts were obtained from a number of case patients to be tested in FDA and state laboratories.

The FDA said its lab found “very high levels of vitamin E acetate in nearly all” the cannabis samples that it tested. At least one vape product containing vitamin E acetate has been linked to each patient who submitted a product for testing, the department said.

“Vitamin E acetate is basically grease,” said Michaelle Francl, a chemistry professor at Bryn Mawr College. Once the oil is heated enough to vaporize, it can potentially decompose, and “now you’re breathing in who-knows-what,” Francl said.

When that vapor cools down in the lungs, it returns to its original state at that temperature and pressure, she said, which means “it has now coated the inside of your lungs with that oil,” she said.

New York officials have said that the oil is a key focus of the state’s investigation. “The agency believes it is prudent to avoid inhaling this substance,” the agency said in a statement.

Bought off the streets

In five out of the six deaths, the tainted vaping products were bought illicitly; the other was bought from a legal cannabis shop in Oregon.

Many of those affected may have bought these THC carts off of the streets and not from reputable vendors.

“Vitamin E acetate is not an approved additive for New York State Medical Marijuana Program-authorized vape samples and was not seen in the nicotine based products that were tested.” New York State Health Commissioner Howard Zucker said in a statement.

Yes, you read that correctly: the FDA reported that it found no contamination of any of the nicotine e-liquids tested. What a surprise! Instead, it appears that buying bootleg/black market THC vape carts off of the streets is the real culprit in these vaping illnesses and deaths.

In late 2018, a new additive started showing up on the illegal THC vape cart markets. Tasteless and odorless, it could be used to thicken THC oil and add volume to carts. This would mean more product and more sales while using the same amount of THC oil.

Consumers of THC carts often judge the potency of an illicit THC cart by the thickness of the oil in the chamber. Thick oil is a must for consumers to believe that they’re getting a high-quality, pure product.

Illegal THC cart manufacturers know this. Hence, the use of dangerous thickening agents like vitamin E acetate and the illnesses and deaths that we’re seeing today. Those in the black market don’t care about public safety or in “doing what’s right”. Money is their number one priority. It’s terrible.

It has to be stressed: it isn’t legitimate manufacturers of THC vape carts that are using this cutting agent. Rather, it’s the illegal market that have been doing this recently in order to increase profits.

Why are these deaths being blamed on vaping?

There’s a simple reason why nicotine e-liquids and traditional vaping are being blamed for these deaths: tax money. You see, the US government is losing more and more money every year from falling tobacco sales. Cigarette sales make up a large portion of the tax revenue generated for the US, in large part due to the Tobacco Master Settlement Agreement.

The Master Settlement Agreement was entered in November of 1998 and requires that the major tobacco companies pay various annual payments to the states in order to compensate them for some of the medical costs of caring for people with smoking-related illnesses.

The amount that each tobacco company has to pay each year is dependent on their “Relative Market Share” and sales volume for the previous year. If cigarette sales decline, that means less revenue for the US government.

E-cigarettes are a major reason for this decline in tobacco sales. As vaping has grown in popularity, millions of people have quit smoking cigarettes. Now that people are dying from “vaping related illnesses”, it’s the perfect opportunity for the US government to demonize this life-saving tool and gain support for banning vaping.

What can we do to save vaping?

Donald Trump has already announced that he’s planning on implementing a federal flavor ban of e-cig products. This would be a disaster for the vaping industry. It would also drive millions of ex-smokers back to cigarettes.

If you want to help prevent this from happening, there’s a petition going on right now that you can sign. Let the White House know that we care about vaping and that it isn’t the “killer” that the media are making it out to be.