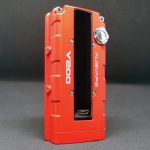 Sporting a look that stands out from the crowd, the V200 is the latest box mod from vaping hardware manufacturer, Augvape. This dual battery 200W mod features a unique design that is inspired by the Honda B18C-R engine, and while this isn’t a fully featured device, the V200 offers vapers a powerful, no nonsense mod that performs beautifully in Power or Bypass modes.

When we first heard about this mod, we knew we had to get our hands on one. Lucky for us, the nice people over at Augvape were kind enough to send us this mod for review, and we’ve tested and pushed it to the limits so that you can know if it’s worth picking one up.

So Is the V200 as powerful, efficient, and reliable as a Honda engine? Keep reading our Augvape V200 mod review to find out! 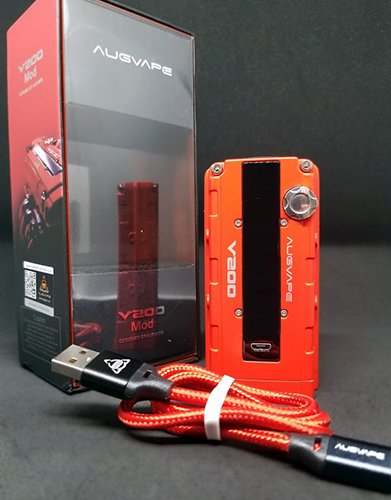 The V200 comes in a clear, rectangular, “showcase” style box, and the packaging is very high-quality and premium in feel. Open up the box and you’ll find: 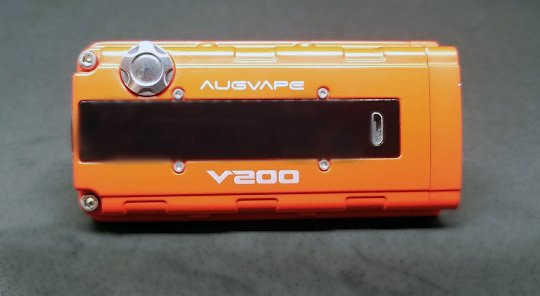 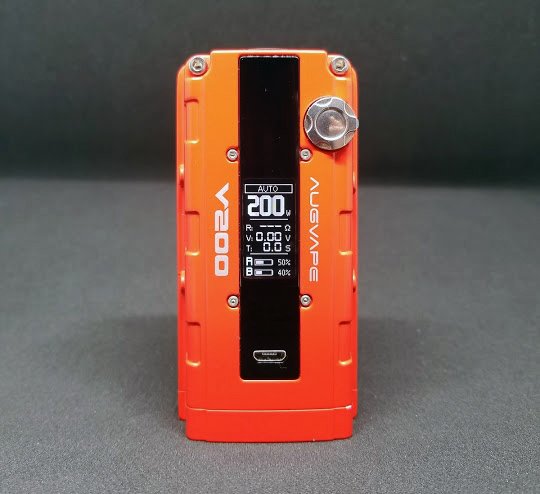 Made of zinc alloy, the Augvape V200 has a heavy but sturdy feel to it when you hold it in your hand. The design of the V200 is inspired by the Honda B18C-R engine and features engine bolts and a setting adjustment dial that resembles an engine oil cap. These and other subtle design cues come together to give the V200 a robust and mechanical appearance.

Now, while the V200 is designed to appeal to car enthusiasts, you don’t have to be a car fanatic to appreciate the beauty and uniqueness of this mod. The build, buttons, paint, and display are all very high-quality on the V200, and we haven’t experienced paint chipping or any other problems in our testing.

Powered by two high amperage 18650 batteries, the V200 is built to be powerful and comes in three different colors: black, red, or white. The red and white colors really make the engine design details stand out, while the black offers a more subtle and reserved look.

Interestingly, the V200 features a “hidden” fire button that is located under the glass at the top, front of the device. Sitting directly above the 0.96” OLED display, the fire button is seamlessly integrated and works with a satisfying click. Now while the button is great, we feel that it could have been positioned just a little lower, as it can be tricky to reach for those with smaller hands. 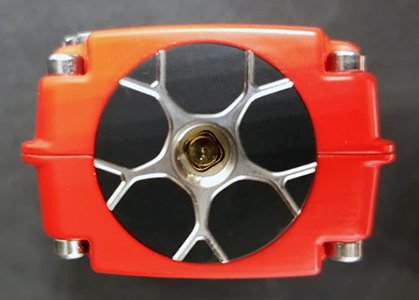 The OLED display is bright and crisp, and the information is easy to read. The font has a professional but techy look to it, and the glass that encloses it has proven to be quite scratch resistant. Our V200 screen is barely scratched, even after a few weeks of use and abuse.

The V200 also features a neat dial that is made to resemble an engine oil cap. This dial can be toggled up or down for adjusting your settings, and is the only other button on the device aside from the fire button.

The V200 features an interesting 510 connector that resembles the rim of a car and while it looks and functions great, I have one small gripe. If you look closely, you’ll see that the 510 connector plate doesn’t actually sit flush on the mod. The plate is a little bit raised, and while this isn’t really a huge deal, it’s going to lose the V200 some points in the build-quality department. 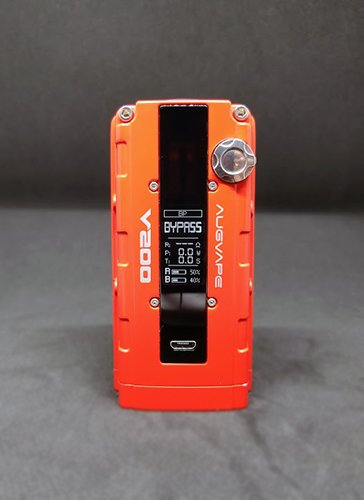 The V200 is a dual 18650 battery box mod that is powered by Augvape’s own in-house chipset, and while it isn’t a DNA or Yihi board it can still deliver some pretty incredible performance. In power mode, the V200 will fire from 5-200W, and also supports bypass, and another special mode called V mode.

The 0.96” display shows essential information such as your current wattage, coil resistance, voltage, and even times the length of your draws. While a bit gimmicky, we found that last feature to be pretty neat.

The V200 turns on or off with five quick clicks on the fire button, and you can switch through the modes with three quick clicks. The wattage can be adjusted by turning the dial either up or down, but it starts off very slowly at first. It picks up speed the longer you hold it, but it could have been just a little bit faster.

The V200 also has two “hidden” button combinations that are useful to know:

Now, while the V200 isn’t a fully featured box mod as it doesn’t include support for Temperature Control mode or presets, it does include a powerful, reliable set of basic features. The ability to go up to 200W in power mode is not something that all dual battery mods are capable of doing — and the V200 does it without breaking a sweat. 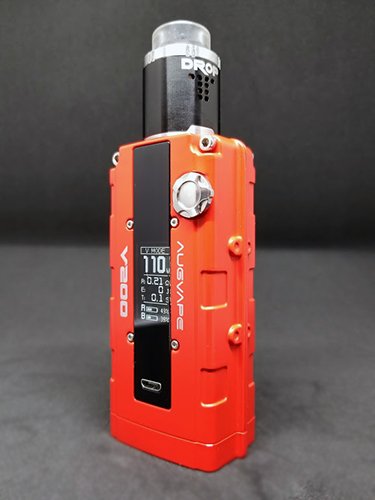 We’ve been quite impressed with the V200, as it’s proven to be quite the powerful but efficient device. As we mentioned earlier, the ramp up times are near instant with this mod and the battery efficiency is good enough to be noticeable from some other box mods that we’ve used.

For a daily driver the V200 is a hard-hitting mod that is easy to use, and delivers great performance in power mode. While the lack of temperature control, custom curves, and presets means that the V200 isn’t the most feature filled, high-end mod out there, the price and features that you do get are definitely worth it. If you aren’t big into temperature control and are simply looking for a great power mode device, the V200 is a perfect choice.

The device runs cool even when vaping at high wattages, and the batteries never seemed to heat up too much. This is impressive when you consider that there are no vent holes in the battery cover.

The power button is a little annoying to reach for when you first start using the mod, and I found myself pushing a little bit lower and nothing would happen. Once you get used to it though, the button becomes easier to push, and most people shouldn’t have too much of a problem. 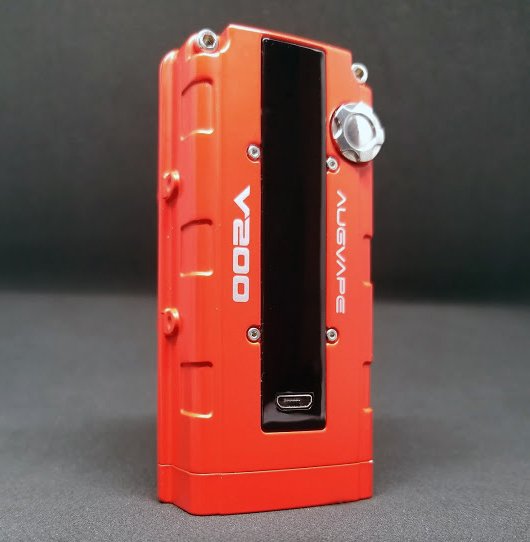 Overall, the V200 is a great box mod. The ability to fire at up to 200W is impressive, and the power mode works flawlessly. With a crisp OLED screen and a unique engine-shaped body, the V200 sports a mechanical but clean look, and has a sturdy construction that feels solid to hold in your hand. The dial operated adjustment system works well, and the hidden fire button is a nice added touch. While the V200 lacks support for TC mode, you get a great device at an affordable price that will work without a hassle. Why not see for yourself?