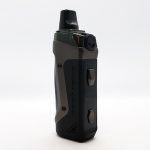 Geekvape’s Aegis line of box mods are known for their high performance, rugged design and nearly indestructible build quality. These are mods that can survive rough handling, drops and even water submersion and live to tell the tale. The Aegis Boost is the latest from Geekvape. It’s an IP67 rated pod vape that maintains the same design aesthetics as the rest of the Aegis family.

The Aegis Boost is powered by the AS chipset and has variable wattage up to 40W, an adjustable airflow dial and a 1500mAh battery. It has a 3.7ml capacity pod and comes with two coils: a 0.6ohm coil and a 0.4ohm coil.

I’ve been using the Aegis Boost for a few weeks now and I have to say that I’m impressed. If you’re simply wondering if this is a good pod vape to pick up the answer is yes. But If you want to know the details and why it’s so great, keep on reading.

This device was sent to me by Vape Sourcing for the purpose of this review. 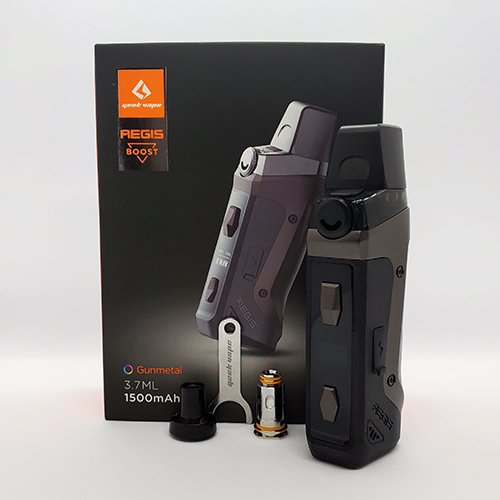 The Aegis Boost is designed just like other Aegis box mods and it looks a lot like the Aegis Mini or Aegis Solo. It has a silicone body, a high-quality leather grip and a metal frame. It also feels just as rugged and durable as other Aegis box mods.

It’s on the larger side of pod vapes but it’s still easily pocketable and portable. The Aegis Boost is 106.8mm tall, 27.7mm wide and 39.2mm deep. For its size it’s actually quite light, coming in at around 120 grams.

Build quality is on point. The Boost is super well made and it feels premium. It’s IP67 water, dust and corrosion resistant too. I’ve dropped it a couple of times with no ill effects and it’s still working perfectly fine.

The rocker style firing button on the boost is firm and clicky, as are the adjustment buttons. It comes with two drip tips; one is wide and the other is smaller and circular. They both have the same bore so they don’t have any effect on the draw. Which one you use will come down to personal preference. I personally like the wider drip tip as I find it to be more natural and comfortable.

The Boost is powered by Geekvape’s AS chipset. It has variable wattage that can be adjusted from 5-40W. It has a small but clear 0.42” screen that displays a puff counter, the coil resistance, a battery life indicator and wattage.

The Boost also has an adjustable airflow dial on the pod. It’s a circular dial that you can spin to adjust the airflow. Wide open there’s a bit of restrictions. When you close it down it gets quite tight. There’s a good amount of variability in the draw depending on how you set the airflow so good job to Geekvape here.

The pod for this device holds 3.7ml of eliquid and is filled through a rubber plug at the top of the pod. This means that the Boost can be filled without having to remove the pod. The plug is quite difficult to remove though and I had immense struggles trying to get it out. I ended up having to use a paper towel or tweezers to be able to remove it.

The plug is quite beefy and plugs the fill port well. The fill port itself is large and oval shaped and easy to fill. However, it’s hard to see how much ejuice is in the pod because the pod has a dark tint. I wish Geekvape would have made the pod easier to see through.

There’s a clip at the back of the pod that you press to remove it. When you insert the pod it clicks into place. The pod is secure and doesn’t wiggle at all when it’s seated in the battery. 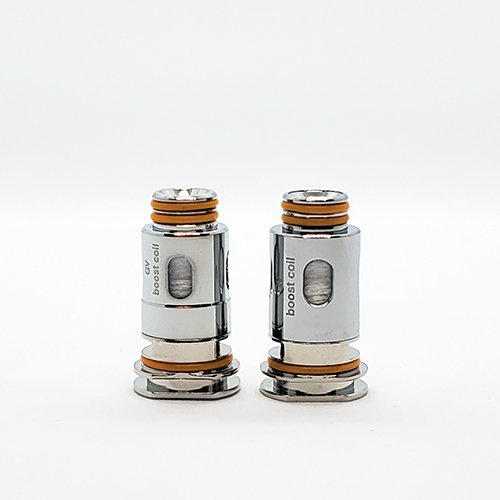 These coils push into the bottom of the pod. It’s actually quite a tight fit and removing them can be troublesome. Thankfully, Geekvape include a tool to make removing the coils easier. It’s such a tight fit that I don’t think I could remove them without using the tool.

I found the 0.6ohm coil to vape best at 20W while the 0.4ohm coil vapes best at 25W. Unlike other pod systems, these coils aren’t locked to their suggested wattage so you have to be careful not to run too much power through them. 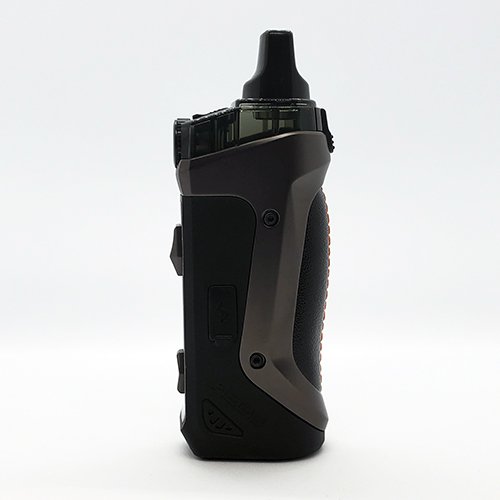 The Aegis Boost has a 1500mAh battery and battery life is very good. Vaping at 20W with the 0.6ohm coil lasted me over two days of use and over two full refills. The 0.4ohm coil at 25W lasted around a day and a half.

The Aegis Boost has micro-USB charging and charges at 1.5A. It takes just over an hour (an hour and 10 minutes) to recharge the device fully which isn’t too bad. I’m used to pod vapes charging in an hour or less but the amount of vaping I got out of the Boost makes this acceptable. 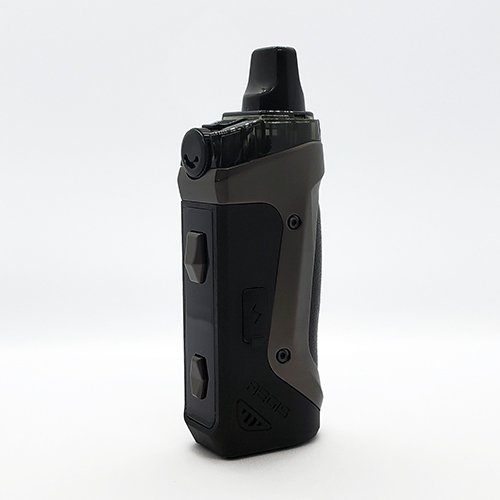 I started off using the pre-installed 0.4ohm coil with a 6mg, 70VG ejuice. Vaping at 22W is just a tad too cool so I upped the wattage to 25W and that’s where I stayed. This coil is meant for DL vaping so I kept the airflow wide open and it’s a great flavorful vape. The adjustable airflow dial is awesome because if you want a tighter DL draw you can always close it down.

After using the 0.6ohm coil for about a week, I switched to the 0.6ohm coil. With this coil I used a 24mg, 70VG nic salt and vaped at 20W. This is the MTL coil and with the airflow closed down halfway I get a MTL draw with a touch of restriction. Closing the airflow almost completely gives me a tight mouth to lung draw. Oddly enough, even with vaping this coil at a lower wattage than the other one, the 0.6ohm coil delivers better flavor. The throat hit is nice even with a 24mg nicotine salt and it’s a smooth draw.

I’ve had no leaking with the Aegis Boost. The battery under the pod has remained completely dry without even a drop of ejuice and this tells me that like the mod, the pod is similarly sturdy and well constructed.

The Aegis Boost is another great addition to the Aegis family. There are a few elements that could be changed to make it even better but as a whole, this is a great pod device. It has superb flavor, a portable but rugged chassis and respectable battery life too.If you’re looking for a good nicotine salt vape, the Boost is definitely worth picking up.