Kizoku Limit RTA Renaissance Review: An Improvement Over the Original 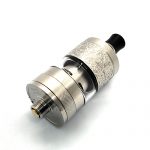 The Kizoku Limit Renaissance Edition is a fancier version of the Kizoku Limit RTA. From first impressions it looks like it’s essentially the same tank, just with a floral design on the mid cap and fancier packaging. It has the same 3ml tank capacity, the same slotted and pin hole airflow, and the same 22mm base diameter.

The Kizoku Limit Renaissance comes with a rebuildable single coil deck, as well as stock coils. This means that you can use the Limit Renaissance as either an RTA or as a regular vape tank. Whatever you choose, this tank is made for MTL vaping at low wattages.

If you’re a mouth to lung vaper, should you pick up the Kizoku Limit Renaissance RTA?

This tank was sent to me from HeavenGifts for the purpose of this review. 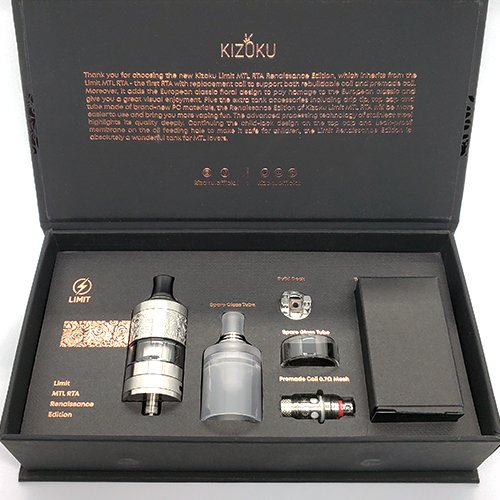 Compared to the original Kizoku Limit, the Renaissance looks quite a bit fancier. The mid cap is engraved with a floral pattern that is very cleanly machined. It looks really good and makes the Renaissance edition stand out from other tanks. It just looks high-end and expensive.

Aside from the floral design, the Renaissance Edition is the exact same as the original Limit RTA. It’s a small tank with the same 22mm diameter. Because of its small size, this tank looks best on small single battery mods or slim dual battery mods.

It’s made completely out of SS304 stainless steel which has proven to be quite durable. I received the silver color for this review and it has a shiny finish that pairs well with other stainless steel and silver mods. There is knurling along the top cap as well as on the airflow control ring. Limit is engraved in the top cap among the floral pattern which makes it a little hard to see, but it fits right in.

The first advantage is that it’s easier to see your ejuice level with the PC cap. The stainless steel body has a short straight glass that doesn’t allow you to see the entire tank and this has led to me overfilling a few times. The PC cap is translucent the whole way through so you can see exactly where you’re filling the tank to.

The second advantage is durability. The glass tank is obviously susceptible to breaking if you drop the tank, whereas the PC cap can survive the same drops without cracking or breaking. If you’re someone with butter fingers, the PC tank is for you. 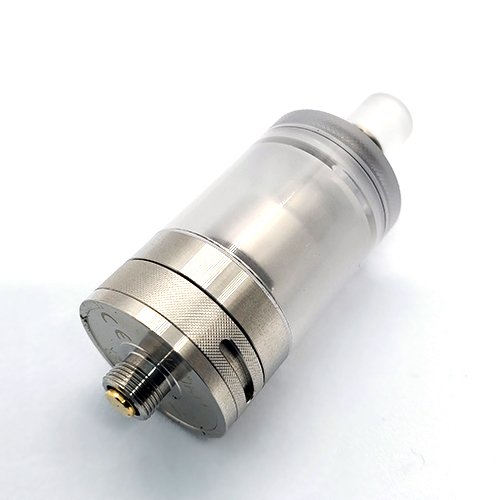 One of my favorite features is the way that they implemented the top fill system. A lot of people dislike push-to-fill top caps because they can open in your pocket and make a huge mess. But while the Limit Renaissance does have a push-to-fill top cap, it’s also threaded.

The Limit Renaissance has a 3ml tank capacity and it also comes with a spare straight glass; there’s no bubble glass for this tank. I personally like the look of the straight glass as it keeps a streamlined appearance and I think a bubble glass would just look weird. Plus, because this is a MTL tank meant to be used at low wattages, ejuice isn’t going to go as fast as it would in a higher wattage RTA or sub ohm tank. 3ml is more than enough for a tank like this.

The Limit Renaissance has an adjustable airflow control ring that gives the option of a single medium-sized slot, or six small pin holes. While this is marketed as a pure MTL tank, the single slot allows you to get a restricted DL draw which is nice when using the stock coils. The series of pin holes gives a range from MTL to restricted MTL.

The six small airflow holes are all the same size. Vaping with all six holes open is a nice MTL draw that isn’t too restricted but it whistles a bit. Closing the holes doesn’t stop the whistling. It’s not very loud so I can live with it but it’s worth mentioning. Closing the airflow holes makes the draw progressively tighter. 2-3 holes opened seemed to be the sweet spot for a nice, tight MTL draw.

This build deck is small and simple; it’s exactly the same deck as the one on the original Limit.

It screws into the base of the deck and sits securely without wiggle. There are two posts along with an airflow hole in the middle of the deck. Your wire is secured by two small flat head screws which do a good job of holding your coil in place. If you do lose them, there are spares in the packaging.

The Limit comes with cotton and a regular round wire build and these are what I used for my testing. Keep in mind that if you do want to use other coils, they will have to be of a small ID. Larger ID coils aren’t going to fit on this deck. 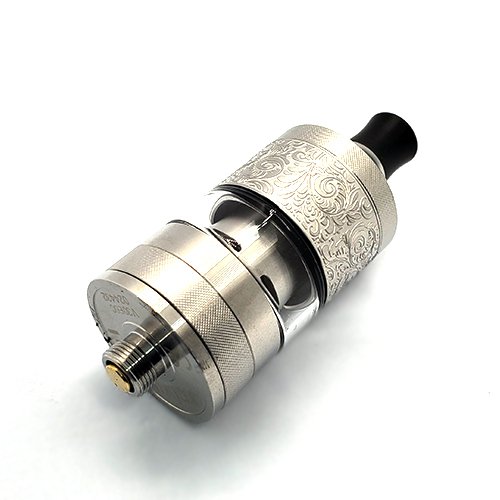 I tested the Limit Renaissance Edition with three setups:

As for the stock coils, these are perfect for MTL vaping and the flavor is good. The included 0.7ohm coil is rated for 12-20W and I liked vaping it at 15W the most. The pin hole airflow lets you get anywhere from a MTL draw to a very restricted MTL draw depending on how much you close the airflow down. With just one hole open the draw is extremely tight; too tight for me. I preferred vaping with 2-3 holes open as this gave me my preferred restriction for a MTL draw.

I was also sent a package of the 1.8ohm coils, however these are sold separately. These are rated for 8-12W, which isn’t a very big range, but the rating seems accurate based on my usage. 10-12W was where I stayed with this coil and the flavor is just as good as the other coil. This coil seems to offer slightly more restriction than the 0.7ohm coil for an even tighter MTL vape with the pin hole airflow closed down.

But while the rebuildable deck isn’t anything special, the stock coils for the Renaissance Edition have breathed new life into this tank. These are well made coils that give good flavor and a perfect MTL draw, no matter how you like your MTL vape to be. As such, I’ve given the Renaissance Edition a slightly better score than the original Limit.