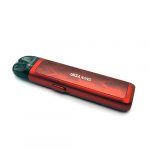 The Nano has a luxurious aesthetic paired with a unique airflow control system. I initially thought it was a manual power switch, but it turns out to be the airflow switch. Sliding it down provides extra airflow and sliding it up closes off the airflow—apart from a single tiny airflow intake hole.

To sum it up, the Nano is a luxurious pod system with an 800 mAh internal battery. It is draw-activated and utilizes 2.5 mL pods with integrated coils. The pods are currently available in 0.8Ω and 1.0Ω versions. And the output range for the Ursa Nano is between 5 and 18 watts.

Now, let’s get into more depth about the Ursa Nano to figure out if it’s the right device for you.

The Ursa Nano is incredibly simple to use. It doesn’t have any buttons, it’s draw activated. There is a small air intake hole and a sliding switch on the other side. When the switch is down, it provides enough airflow for more of a restrictive lung hit. It’s such a simple interface to use.

The device weighs in at 61.3 grams, which is actually pretty hefty for a pod system these days. But it definitely doesn’t feel cheap! The Nano feels robust and has a futuristic design. It’s one of the fanciest pod vapes I’ve used in a while, apart from the Calburn A2. The Ursa Nano stands at 100.5 mm tall, 24.1 mm in width and 14mm in thickness. It’s short and chunky but looks good.

Other than that, it has Lost Vape printed on one side and Ursa Nano on the other—minimal branding, very classy. I received the pacific blue edition and it has an interesting pattern that appears to change under different lighting. It goes from smooth to a diamond-style texture. A breathing LED appears while vaping to indicate your battery life status on one side. When you’re not vaping, it becomes invisible. 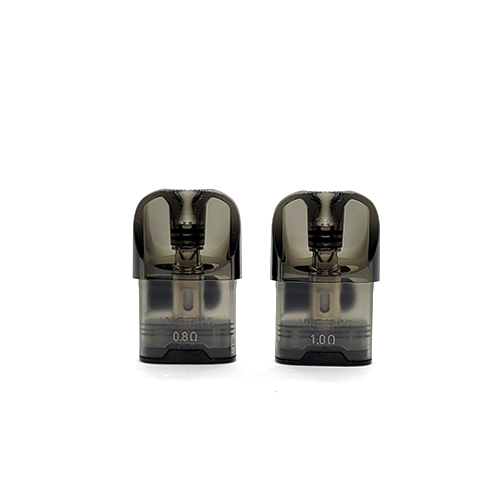 The pods feature integrated coils and hold 2.5 mL of liquid. They are dark tinted, so it’s pretty hard to see what’s going on inside until you hold it up to a light source. Even when filling them, it’s hard to see if you’ve filled it up all the way. I am not a fan of the tinted pods but they look cool.

The pods have a big rubber seal that’s easy to pop out and a nice big fill port to accommodate most bottle tip sizes. Fortunately the pods hold a nice amount of liquid. I haven’t experienced any leaking, flooding or spit back. So they are designed really well and work great with the device.

Filling the pods is pretty easy, but it can get messy if you’re not careful. I ended up having to use a napkin to wipe off the excess liquid most of the time. So there’s that. I wouldn’t say it’s a dealbreaker, but there is room for improvement in the filling department. Just don’t overfill them and be sure to hold it at an angle to guide the liquid inside.

I have been using the same 0.8Ω pod for over a week and the taste hasn’t changed one bit yet. The 1.0Ω pods are a bit better with nicotine salts, but they’re both pretty similar. The airflow is the same on both pods but the lower-ohm 0.8Ω pod hits a little bit stronger. I’ve ran over 20 mL of juice through each pod and they’re still putting out great flavor. 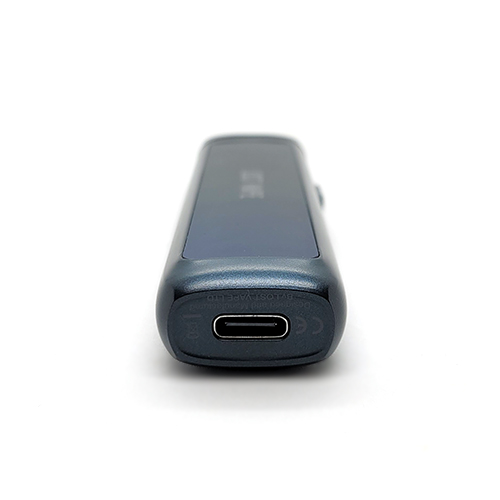 The Ursa Nano has an 800 mAh integrated battery. I’ve been charging it every other day because a full charge gets me through a day and a half of vaping! I’m used to charging every day with my Caliburn, so it’s nice to be able to skip a day sometimes.

The Nano utilizes USB-C charging, so it’s pretty fast. It took a little bit over an hour to reach a full charge from a dead battery when plugged into a laptop. That’s not bad at all considering the 800 mAh battery life. Oh, and it also does pass thru charging! 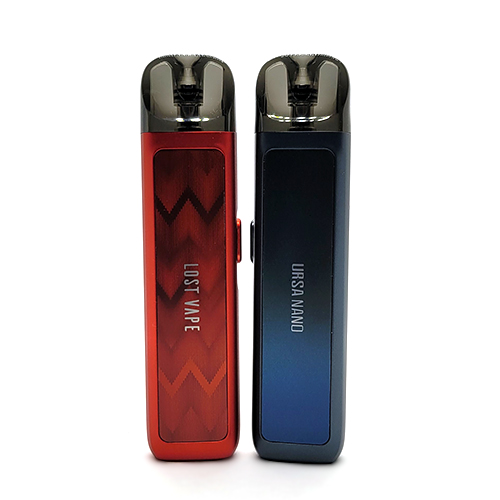 Anyone can see how cool this device looks, but how does it vape?

In terms of performance, the Ursa Nano is a winner. It puts out just as good flavor as any of the better pod vapes I’ve tested. It’s one of those simple and elegant vapes that also happen to work really well. The Nano puts out a consistent puff and the puff sensor is sensitive and responsive.

I used the Nano with regular 70VG 6 mg e-juice and it wicked perfectly. The only reason was because I really wanted to use it with a particular rich and creamy flavor. Eventually I filled up the other pod with watermelon candy in 30 mg and it was just as good! The 1.0Ω coils are better for 30 mg and up, the 0.8Ω are better for lower strength salts or even 6 mg regular e-juice.

If you’re the type of vaper looking for a throat hit with some thump to it, you would probably enjoy the Ursa Nano with the airflow closed off all the way. If you’re more of a lung hitter, you can open it up and it will instantly go from a tight draw to a much looser one. Overall, it’s a pretty versatile device. Easy to use and gets the job done. Nothing to complain about in terms of performance.

These days, everyone has at least one pod vape. If you’re the type of vaper who wants something a bit more upscale, the Ursa Nano fits the bill. To sum it up, it’s durable, looks great and puts out really good flavor. It’s a solid pod vape that caters to vapers looking for something a little fancy.

There were no real performance-related cons, most of them had to do with the design itself. I was able to fill the Nano without spilling anything a few times, but it took some getting used to. It’s also a little bit heavier than a lot of other pod systems on the market, which is not a big deal.

At the end of the day, I would easily recommend the Ursa Nano. If you’re in the market for a new pod vape, and want something that stands out but isn’t too flashy, the Nano is a fantastic option. It’s definitely a vape that I will continue using after this review alongside my favorite devices.

Quitting smoking is one of the hardest things a person can do. Ever since I took my first puff on an e-cig, I knew it was the only way out. Since then, I've turned my passion into a reality—testing hundreds of vapor products over the years. My goal is to save people time and money, while making their transition into vaping a smooth one. When I'm not writing, vaping or writing about vaping, you can find me playing the drums or cruising the streets of Brooklyn, NYC.