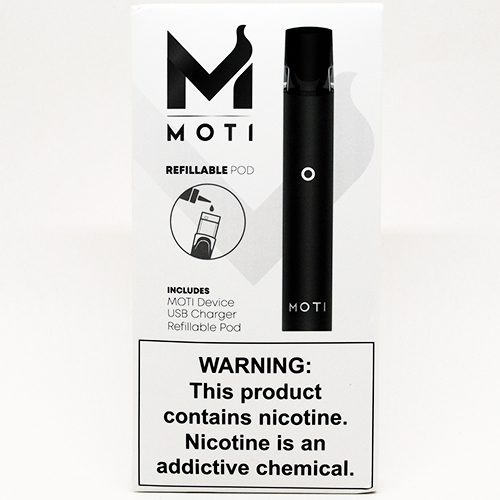 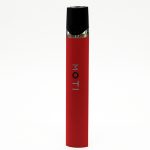 The MOTI is a new pod vape that is designed by the same people who created the MOJO disposables. It’s a sleek looking pod device that is available in a bunch of different colors and it’s draw-activated for easy use. You can get it with either pre-filled or refillable pods and it’s been generating quite a bit of buzz around the vaping scene.

The MOTI has a 500mAh built-in battery and uses pods that will hold 1.8ml of eliquid. The pods use a ceramic coil rated at 1.2 to 1.5ohm and are said to provide better than average flavor and performance. At the moment you can buy the MOTI with either refillable pods or with their tobacco flavored pre-filled pods. However, in the future they’re slated to release more pre-filled pods that will come in the same flavors as the MOJO.

I got my hands on a MOTI device to test out and review for you guys. I’m going to go over everything that you need to know about this little guy and see for myself if it’s really as good as they say. 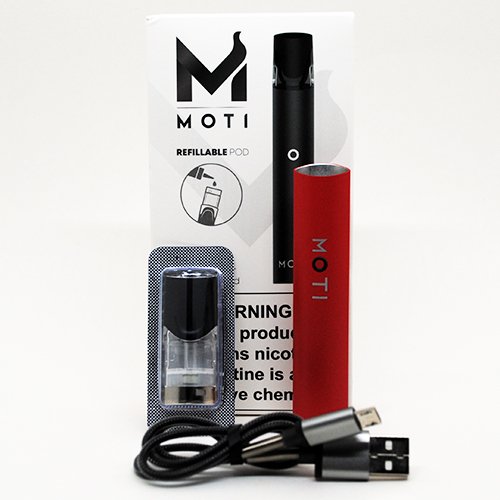 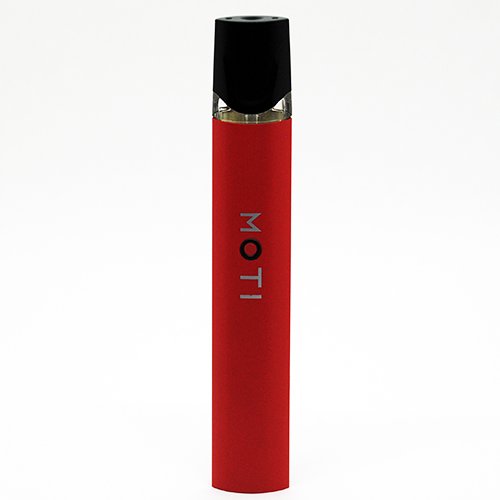 The MOTI is a super sleek and modern looking device. I got the red color for this review but you can get it in seven different colors, including pink. It’s got a long, rounded form factor and it’s extremely light which makes it easy to use for long periods. It feels comfortable to hold in your hand and it’s light enough to just put in your mouth and vape on it. The device has a cleaner look than a lot of other pod vapes I’ve used but it’s very similar in its form factor and weight.

The pods for the MOTI attach magnetically to to device. They only fit in one way so you’ll know if you’ve put it in correctly. It’s a pretty snug connection and there isn’t much wiggle to the pod once it’s inserted. The magnets are strong enough to keep the pod in place but it’s still easy enough to remove the pod when you want to. It’s a good middle ground between the magnets being too strong or too weak. It’s small things like this that can make or break a device and MOTI definitely got this part right.

The MOTI is draw-activated and there’s a LED that lights up whenever you take a draw. It sort of looks like a button, but it’s not. This circle shaped LED is the “O” in MOTI that is written on the front of the device. Otherwise, there’s no other writing or buttons of any sort.

The pods for the MOTI are almost everything you could want from a refillable pod: they’re transparent for easy filling, allow you to see when your wick is saturated and they’re super sturdy and well-built. The mouthpiece is also nicely shaped for a comfortable feel on your lips and this makes the device all the better to use.

Because the pods are transparent it’s easy to see how much ejuice you have left. This is a huge pro because I hate it when pod vapes use darkly tinted pods. How are you supposed to see when you’re filling? Or see when it’s out of ejuice? Thankfully, this isn’t an issue with the MOTI pods.

These pods hold up to 1.8ml of eliquid and can be refilled by pulling off the black mouthpiece. There’s a rubber stopper underneath that has to be removed and this gives you access to the two fill holes. The large hole in the center is meant for airflow, not ejuice, so don’t mistakenly put your ejuice into that hole. You’ll want to refill using the two small holes on either side of the large central hole.

Now, refilling is my only small issue with the MOTI. Unless you’re using a unicorn bottle with a nozzle or some other pointy tip bottle it’s going to be hard to refill without making a mess. Dropper bottles are just too big to fit into the small fill holes, although they can be used with a bit of patience. You just have to be slow and steady if you’re trying to fill the pod with a dropper.

The pods house a ceramic coil that I’ve really taken a liking to. It wicks easily and keeps up with multiple successive draws without dry hits. But what’s really convenient about this wicking system is that MOTI have left a little space at the bottom of the pod that allows you to see when  it’s been saturated. This is great for when you’re first filling the pod to ensure that you don’t start vaping before it’s ready.

Once the ceramic coil is ready you’ll be able to see it looking more wet and dark at the bottom of the pod. It took mine about 10 minutes from the time that I first filled the pod before the wick was fully ready to vape. You’ll probably want to wait around the same amount of time. 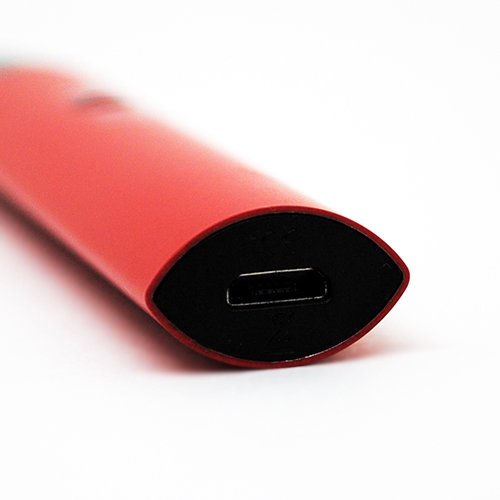 The MOTI has a 500mAh built-in battery. This is pretty large for a pod device and I found myself getting quite a bit of usage out of a single charge. It lasted me around a full day of heavy usage and it doesn’t take too long to recharge either. In took me about an hour for the device to charge fully from completely dead.

The MOTI impressed me with its flavor and vapor quality. With pod device I don’t expect to get top-notch flavor out of my ejuices but the MOTI showed me different. It delivered a great vaping experience that you don’t get with most pod vapes and I tasted subtle notes in my ejuices that I usually only get when using higher-powered tanks.

The MOTI gives a tight, MTL draw that I really enjoyed. It’s a pretty quiet draw that doesn’t whistle and isn’t turbulent. I also didn’t have any spitback or crackling. It was a pleasant vape throughout my whole use and the vapor was nice and warm; not too hot nor too cool.

The MOTI was surprisingly good at keeping up with successive hits without burning the wick. I was taking multiple draws with 70/30 and 50/50 ejuice and neither appeared to be too much for the coil. It wicked all the same with both and I got great flavor and no dry-hits. I think that the pods performed slightly better with 50/50 ejuice if only for the flavor but this is also the ejuice mix that I used the most with the MOTI.

The MOTI is a great device, especially for a pod vape. The flavor is beyond what you would normally expect from a pod device and is instead closer to that of a tank. It sounds crazy but it’s true. The performance and reliability side are also really great with no leaking or spitback. The draw activation worked consistently every time I took a drag and the tight MTL was very satisfying. The battery life was also great and got me through a full day of use before I had to recharge. The fill ports on the pods could be a little larger to accommodate dropper nozzles though as ejuices frequently come in glass bottles that use them. However, this is the only real con of this device and that says a lot for how good it really is.

What do you think about the MOTI? Let me know in the comments.