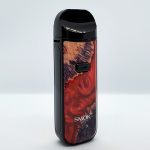 The SMOK Nord 2 is the long-awaited update to the ultra popular Nord pod system of 2018. The original Nord has long been SMOK’s most popular and best selling pod vape because of its good looks, portability and great flavor. But as good as it is, there’s always room for improvement.

The Nord 2 brings a bunch of new and exciting upgrades, the biggest one being variable wattage. The Nord 2 has an OLED screen and the wattage can be adjusted all the way up to 40W. The Nord 2 also packs an upgraded chipset, a bigger 1500mAh battery, and now comes with two pods and two coils: an RPM pod and a Nord pod.

I’ve been excited to get my hands on the Nord 2 ever since it was released. I love my original Nord and I still use it often. Is the Nord 2 good enough to take its place?

On first glance, the Nord 2 and original Nord look very similar. They both have the same rectangular shape with rounded edges and the shape of the mouthpiece is similar, too. But upon closer inspection, I can see that there have been a lot of changes.

The first difference is size. The Nord 2 isn’t too much taller and wider than the original Nord but it’s definitely bigger. It’s also much thicker which is likely because of the 0.69” OLED screen on the side of the Nord 2. The larger 1500mAh battery might be a reason for the thickness as well.

I got the ‘Red Stabilizing Wood’ panels on my Nord 2 and I have to say that I’m disappointed. It looks gorgeous, don’t get me wrong, but it’s certainly not real wood; instead, it’s a shiny plastic panel made to look like there’s wood underneath it. If there was actually wood underneath it that would have been fine by me. But I’ve seen other units in the same ‘Red Stabilizing Wood’ and the patterns are all identical — not something you would get if it was real wood.

Aside from the fake wood, I love everything else about the design. It looks really good and high-end. Plus, even with the thicker form than the original Nord, the Nord 2 is still pocket friendly. It’s comfortable to use and feels good in my hand.

Build quality is top-tier. The Nord 2 is perfectly assembled and the pods fit snugly. One notable upgrade is the power button. It’s firm and clicky and has been improved from the easily activated power button on the original Nord. The black paint on the body of the device has held up well during my testing without any fading or chipping. The screen is also clear, bright and looks good.

The Nord 2 comes with not one, but two pods: an RPM pod and a Nord pod. Each pod comes with it’s own coil preinstalled. The coils aren’t interchangeable and will only fit into their designated pod. The coils simply push into the bottom of the pod.

Both pods have a 4.5ml capacity; an upgrade to the 3ml pods of the original Nord. The Nord 2 pods look very similar to the Nord’s, but they’re wider and thicker. As a result, these pods won’t fit into the original Nord.

The pod pressure fits into place and it’s quite a snug fit. It’s actually a bit difficult to remove the pod, especially if you have any ejuice on your hands. I won’t complain though; I’d rather have the pod be too snug than too loose and have to worry about it coming out accidentally.

The Nord pod has a light tint on the pod but the RPM pod is completely clear so it’s easy to tell the pods apart. The Nord pod also has ‘NORD’ written on the fill plug while the RPM pod says ‘RPM’.

This rubber plug is located on the side of the pod. It’s very secure and I haven’t experienced any leaking whatsoever. The fill port is a decent size and allowed me to easily fill up the pods, no matter what type of ejuice bottle I used.

The RPM pod comes with a 0.4ohm mesh coil preinstalled. This coil is for DTL vaping and is meant to be used with regular nicotine ejuices. I certainly wouldn’t use nicotine salts with a coil resistance this low, unless you want a headache that is! I used this coil with a 50/50 regular nicotine ejuice and it wicks fantastically. It has no trouble keeping up with chain vaping or long draws and I had absolutely no leaking to speak of.

The Nord pod comes with a 0.8ohm coil preinstalled. This coil offers a loose MTL draw and is best used with nicotine salt ejuices. I used this coil with a 50/50 nicotine salt ejuice and it wicks great. Just like the other coil, chain vaping and long draws didn’t phase this coil one bit. I also had no leaking at all.

How to Use the SMOK Nord 2 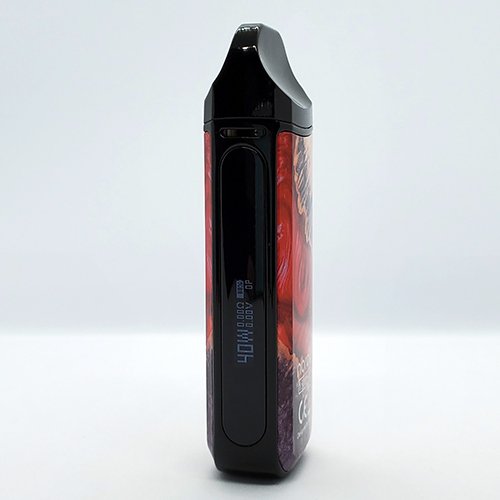 The screen on the Nord 2 is small but it’s nice and crisp. It displays your wattage, coil resistance, voltage, a puff counter, and a battery indicator.

The Nord 2 is exclusively button activated. When you press the fire button to take a draw, the wattage display changes to puff time so you can see how long of a draw you take. 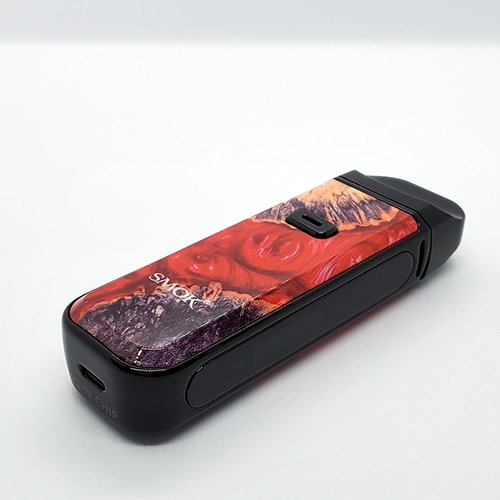 Battery life on the Nord 2 is impressive. It packs a built-in 1500mAh battery, a 400mAh increase over the original Nord. I used this device exclusively as my only vape during my testing and it lasts longer than I expected.

Compared to most other pod vapes, even ones with larger batteries, the Nord 2 lasted longer. 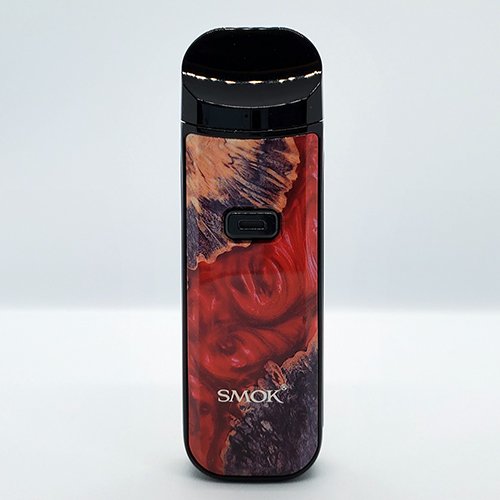 When I first used the original Nord, I was blown away by how good the flavor was. Now with the Nord 2, I feel like I’m having deja vu! The Nord 2 is even more impressive than the original. The flavor is on the upper echelon of pod vapes, no matter which coil I use. Especially when it comes to fruit flavored ejuices, the flavor feels more crisp and in depth than any other pod vape that I’ve used.

The 0.8ohm coil is my favorite and I get very good flavor. The draw is a loose MTL vape but it’s not airy at all. There’s still enough restriction that I can MTL vape comfortably. The throat hit with a 35mg nicotine salt is superb and extremely satisfying. I can safely say that this is one of the best devices/best coils I’ve used for nicotine salts.

The 0.4ohm coil, despite being a mesh coil, isn’t as flavorful as the 0.8ohm coil. It’s still super flavorful and better than most other pod vape coils but it’s the less flavorful one of these two coils. I get a loose DTL draw with this coil. Regular nicotine ejuices taste great and I’d go so far as to compare the flavor with some sub-ohm tanks. Excellent job by SMOK on these coils.

It looks like pod vapes have a new top dog to compete with. The Nord 2 gets everything right from the design and size to the battery life and coils. The draw and flavor with the Nord pod and coil are great for nicotine salts; definitely among the best performance you can get right now. Even the RPM pod and 0.4ohm coil are wonderful for regular nicotine ejuices and come close to the flavor that I get with some sub ohm tanks — not an easy feat to accomplish.

The Nord 2 gives great performance and it lasts longer than its competitors — there’s not much more that you can ask for from a pod vape.