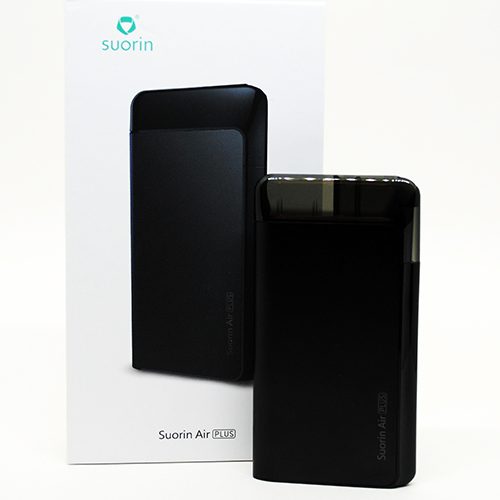 Suorin Air Plus Review — Better than the the Air V2? 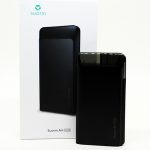 Suorin’s pod vapes have long been some of the best you can get. The Suorin Air V2 was slim, small and portable. It was also great for nicotine salts, great for flavor and it put out some nice clouds too.

The Suorin Air Plus is the latest addition to the “Air” lineup. It keeps the same small size and shape as the original but now packs a larger 930mAh battery. There are two resistances to choose from for your pod: 0.7ohm or 1.0ohm. These pods also hold more ejuice than the Air V2, up to a maximum of 3.2ml.

Suorin Air Plus Review — Better than the the Air V2? 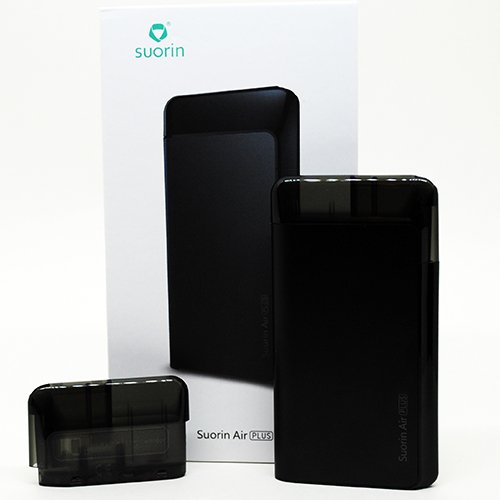 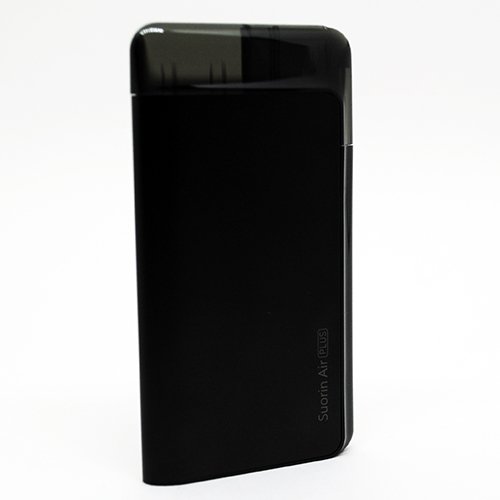 Boy is this device slim! That was the first thing I thought of when I took the Air Plus out of the box. It’s only 10mm thick! The Suorin Air V2 was a little slimmer at 8mm thick but the size increase is barely noticeable and it’s still extremely thin. The Air Plus is also very small and compact; it’s 93.2mm tall and 50mm wide which is only slightly smaller than a credit card.

The card-like shape and slimness of the Air Plus make it a great “covert vaping” device. It’s small and slim enough to slip into any pocket with ease. And if I didn’t already know what it was, I would think that it’s just a mini USB drive.

The design is also really simple. Suorin Air Plus is printed on one side of the device and the Suorin logo is printed on the other. Otherwise, the device is plain. I, for one, like the low-key and simple design of this pod vape. It suits my style.

The paint quality on the Air Plus is good, too. It hasn’t scratched or faded in the time that I’ve been using it and I haven’t been gentle. I’ve thrown it in my pocket with my keys and it’s still looking good. The paint does hold smudges though. It’s not very noticeable but it’s still worth a mention.

Unlike the Suorin Air V2 there’s no ON/OFF switch on the Air Plus. There are no buttons at all. The device is draw-activated so once you insert the pod, it’s ready to go.

Pod performance can make or break a pod vape. With the Suorin Air Plus you get two different pods included in the box:

The pod slips into the top of the Suorin Air Plus and attaches magnetically to the device. The magnets are pretty strong and they pull the pod securely into place. The magnet is strong enough that once they pod is installed, it’s not going to come out by accident.

There’s no wiggling once the pod is installed either. Because of how wide the pods are and how deep they sit inside of the device, the pods don’t so much as budge. The pod also sits completely flush which gives the device a seamless appearance when installed.

I hate it when pods are so dark that you have to hold them up to the light to check your remaining ejuice. Thankfully, that’s not the case here. The pods for the Air Plus have a light tint on them but it’s still easy enough to see your ejuice level. Finally, a company that gets it.

The draw hole placement is a little strange and takes some time to get used to. Instead of being centered like you might expect, it’s actually on the corner of the pod. I found myself trying to take a draw off the wrong corner more times than I can count so you have to pay attention. It can get frustrating when you’re constantly flipping the device around when all you want to do is vape.

For filling there’s a silicone plug on the bottom of the pod. It has a little tab that makes it easy to pull out and place it back in. The plug is deep and thick and keeps the ejuice where it should be: inside of the pod. The fill port is wide enough for even droppers to fit with ease. Each pod will hold up to 3.5ml of ejuice. 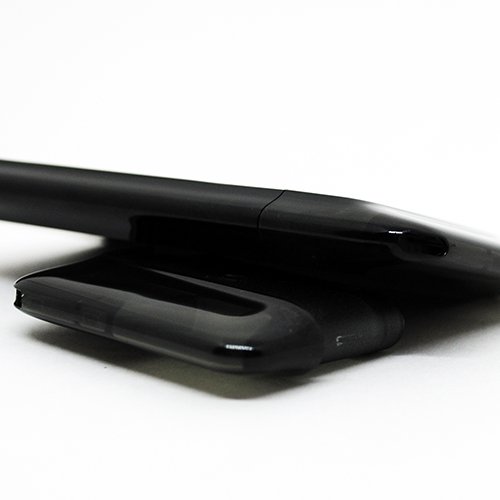 There’s no adjustable airflow on the Air Plus so what you get is what you get. It’s not a bad draw but it’s not as tight as I prefer. No matter which pod you use it’s somewhere in the realm of an airy MTL draw.

Even with nicotine salts, I still found it pleasant to vape on. It isn’t too airy as to be harsh with nic salts. It’s still a very smooth draw. But If you’re after a super tight MTL then this isn’t the vape for you. 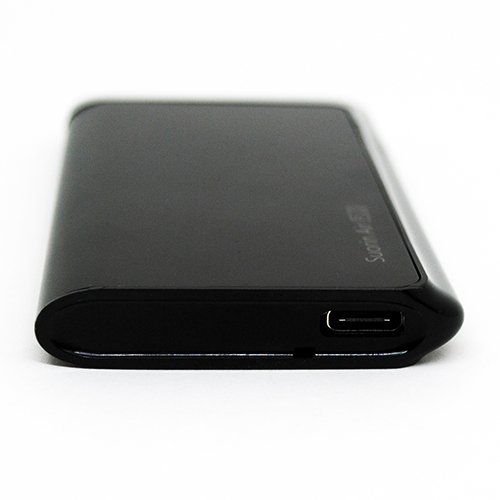 For how small and slim it is, the Suorin Air Plus packs a huge 930mAh battery inside. It also uses USB-C charging for faster recharge times than with micro-USB.

There’s an LED indicator hidden on the side of the device. It’s integrated behind a darkly tinted plastic panel which is pretty neat. The LED’s only light up when you take a draw or put the device to charge. There are five LEDs:

I got almost three full refills before I had to recharge so the battery life is pretty good. It’s better than a lot of pod vapes out there that’s for sure. Considering it doesn’t use a lot of ejuice either, three refills translated to about three days of very heavy usage. Pretty incredible.

Recharge times are also super speedy. It took about 45minutes to recharge the device back to full. 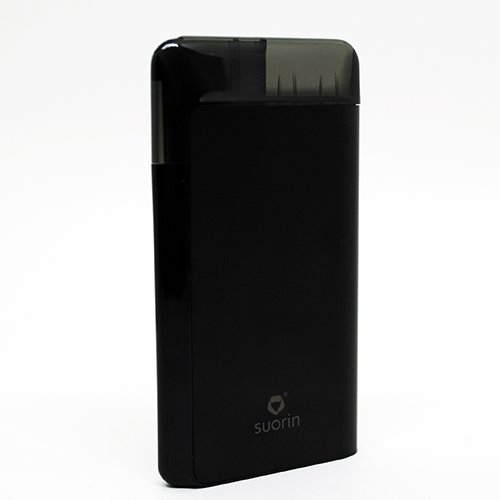 I’m very impressed with how well this thing vapes. It’s a smooth draw with either pod and it’s super quiet. There’s no crackling or spitback to speak of either.

The draw activation also works flawlessly. I didn’t have any trouble with it auto firing or getting stuck. It worked with ease every time I took a draw.

The 0.7ohm pod was the pod I used the most with the Suorin Air Plus. Although they say it’s specifically meant for use with nicotine salts I used it with both 70/30 freebase nicotine as well as 70/30 nicotine salt ejuices. The flavor is nice and noticeable but it’s not what I would call “full”. It’s still excellent enough to taste all of the notes in your ejuice. I used this pod down to it’s last breath and only then did the flavor start to dull.

Vapor production was better than I expected. The 0.7ohm pod can put out some pretty large clouds which is great if that’s what you’re into.

The 1.0ohm pod is very similar to the 0.7ohm pod. It’s just as smooth and flavorful. I really enjoyed vaping on this pod as well and I used it until it was on its last legs. The vapor production was a little less than the 0.7ohm pod but still respectable.

A final but very important note, this thing doesn’t leak. The fill plug on the pods is extremely secure and doesn’t let any ejuice out. Even when the pods were on their deathbed they still didn’t spill a drop of ejuice. 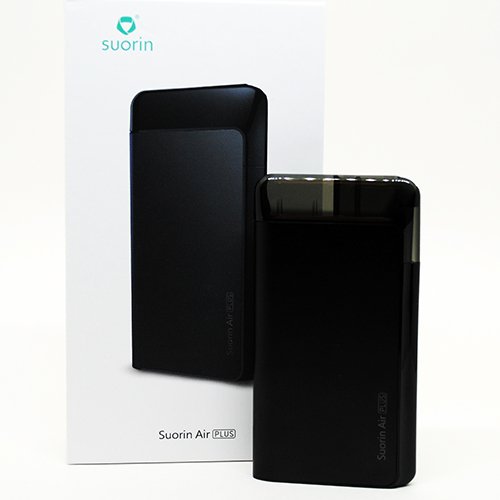 There aren’t many negative things to say about this device. The flavor and clouds are great and the battery life is even better. The draw will be a deciding factor on if you decide to get this device though. It’s not very tight and is instead an airy MTL.

I really like the design as well. The card shape and slim profile are very attractive. It’s perfect for when you don’t want to carry around a huge and heavy device,

The Air Plus is undoubtedly one of the better pod vapes out there, that’s for sure. It’s so good that I’m probably going to be buying some more pods so that I can use it some more!