Vaporesso Luxe Nano Kit Review: Is It Still a Mod Worth Getting? 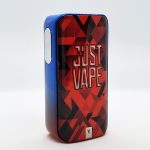 The Vaporesso Luxe Nano is a smaller version of their popular Luxe mod. It has the same general look and uses the same touch button controls. But instead of dual 18650 batteries, the Luxe Nano packs a 2500mAh built in battery.

This built in battery means less power output. The Luxe Nano will only fire up to 80W as opposed to the 220W output of the Luxe. The kit comes with the SKRR-S Mini tank, a smaller version of the SKRR-S tank.

Is the Luxe Nano still a mod worth getting? 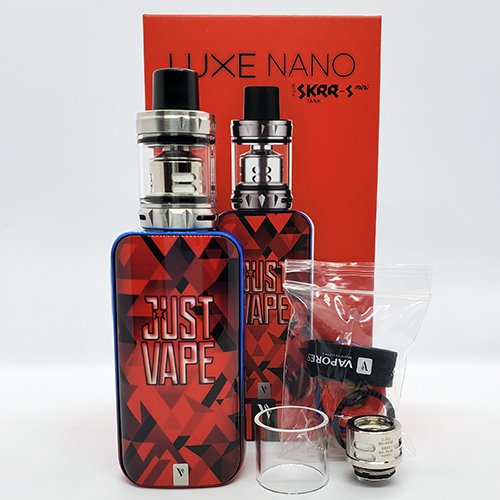 Just like the Luxe, the Luxe Nano is an eye-catching mod. The design is clean and high-tech but not too out there or overdone. The body has rounded edges and smooth curves. The small body is even nicer to hold than the Luxe. For what it is, it’s not too heavy either.

Color options for this mod are awesome. I got the blue/red fade Luxe Nano with the “Just Vape” panel and it’s awesome. The Luxe Nano also comes in rainbow, black, a blue/black fade, gold, and silver.

The 510 plate is centered on the top of the Luxe Nano so pretty well any small tank looks good on it. On the side of the mod is a large, rounded firing button. It’s easy to reach and easy to press.

The screen and menu is just like the Luxe, only smaller. It’s 1.3” instead of 2.0” but it’s still large enough. It’s a full color screen that is bright and clear.

Other than the firing button there are no physical buttons on the Luxe Nano. There are three touch buttons just below the screen: a Vaporesso logo as a menu button, and two adjustment buttons. The Luxe Nano vibrates when you press one of the buttons.

How to Use the Luxe Nano 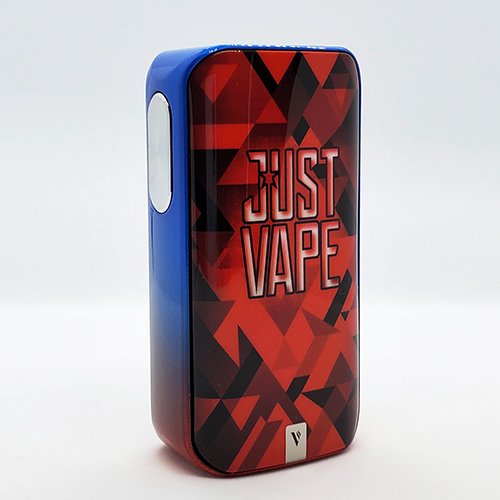 To prevent accidental presses, the fire button has to be pressed three times before any adjustments can be made. When you’re done, pressing the fire button will lock the buttons.

The Luxe Nano is easy to use. Pressing the Vaporesso logo three times opens up the menu. From there you can use the adjustment buttons to select your mode or adjust the settings. The touch system might be off putting to some but once you use it, it’s just like any other mod. 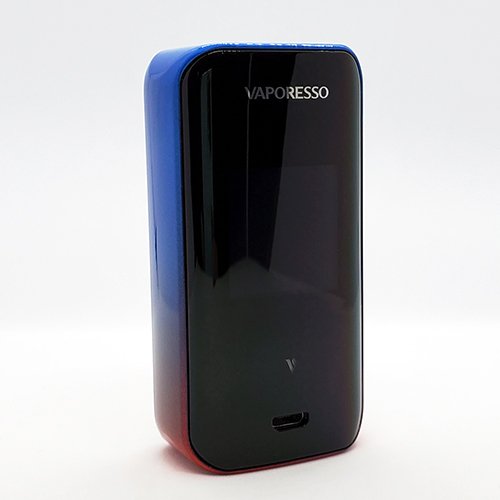 The Luxe Nano has three wattage modes (soft, normal, hard), super player mode (for low resistance builds), Temperature Control (SS, NI & TI), TCR, variable voltage. custom curves and bypass modes. It has every mode you could ever want, and then a few more too.

Two interesting settings in the menu are Smart ON/OFF & AUTO ON/OFF. The “Smart ON/OFF” setting will adjust the wattage according to the coil resistance to stay within safe limits in variable wattage S/N/H.

The Auto setting will automatically switch between Variable wattage soft/normal/hard as you vape. If you want to stay in a particular variable wattage mode, you can turn this setting off. 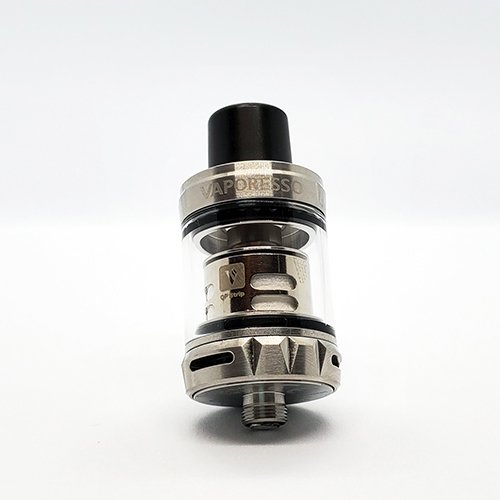 The SKRR-S Mini tank is a smaller version of the SKRR-S tank (which comes with the Vaporesso GEN). It’s the same tank, just in a smaller size. The design is the same with triangular notches on the top cap and airflow control ring. But one big difference is that there’s no bubble glass — the SKRR-S Mini only comes with a straight glass with a  3.5ml capacity.

The airflow slots on the SKRR-S are quite small. As such, the draw is a slightly restricted DL draw even with the slots fully open. Closing the airflow down greatly tightens the draw. I liked vaping this tank with the airflow fully open but if you like a tighter draw, the option to close it is there. 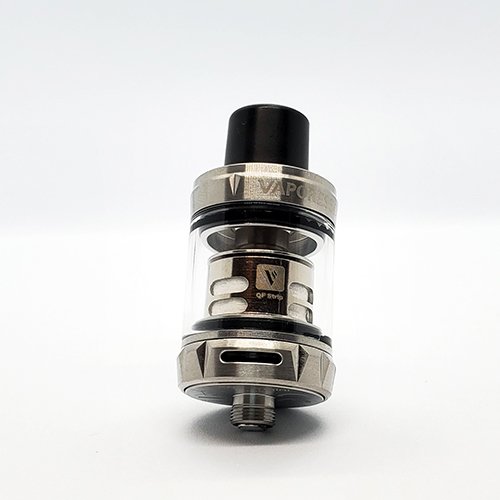 The kit comes with two coils for the SKRR-S Mini:

These are the same coils that come with the SKRR-S. Both coils are rather large in size and have multiple wicking ports on them. There are four sets of two ports on each coil which is interesting. This should presumably help the coils wick better.

The 0.15ohm coil is similarly rated at 50-80W and also best at 65-75W, according to the coil. This coil is a plexus mesh or a more spaced out mesh. The holes for the mesh are much larger than a traditional fine mesh. 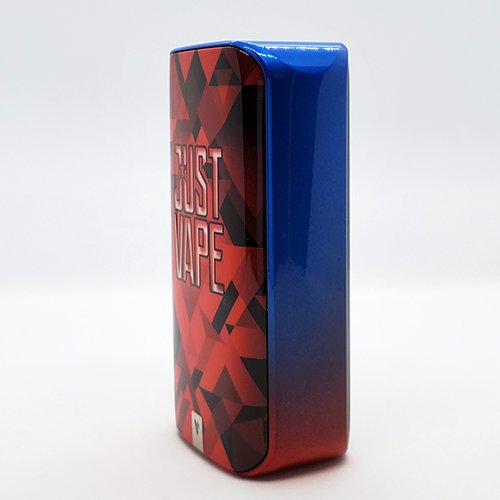 The Luxe Nano has a 2500mAh built in battery. This seems pretty big, but when I use the included tank and coils at their recommended wattage the battery life is extremely short. It’s odd to me that Vaporesso would include such low resistance coils with this mod. It would have been much better to have coils around the 0.3-0.5ohm range instead as they wouldn’t require as much wattage.

With the SKRR-S Mini I only got a half day to a full day of usage out of a single charge. That’s not good enough to take out with you, that’s for sure. However, when I use an RDA and a higher resistance build of 0.4ohm, the battery life is much better.

Charging times are also not the quickest. An hour and a half to charge this mod back to full, especially with how short the battery life can be, is just unacceptable. Battery life and charging are a weak point to this mod and that sucks with how great everything else is. 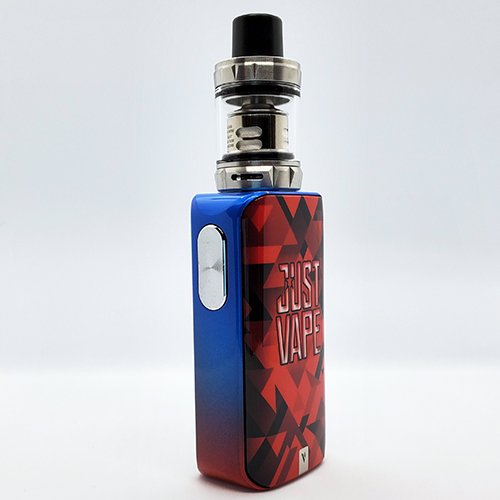 Battery life isn’t the best with the SKRR-S Mini tank and that’s no small downside. But adding to this is that the flavor is lacking. The 0.20ohm coil is the better of the two coils and produces average flavor, nothing too special. The 0.15ohm coil performs very similarly. These aren’t bad coils, but there are better coils and tanks out there. I do have to say that the wicking was great though and likely aided by the multiple wicking ports on the coils.

I really liked the draw from this tank. The small airflow holes give a restricted DL draw that is very nice. It’s a shame that the flavor isn’t better.

Accidentally hitting the touch buttons can get annoying. I got vibrations every time I picked up the mod to use it so I ended up just turning off the vibration feedback. You’ll probably want to do this as well.

The SKRR-S Mini tank is an average performer and the coils that it comes with require too much power for the Luxe Nano. If you’re thinking of getting this kit, I probably wouldn’t. I’d suggest that you just get the mod and use it with a higher resistance build on a small RDA or RTA.

This is a solid mod and one that I can recommend to anyone looking for a small and reliable device. Vaporesso did a good job with the Luxe Nano.