Vaporesso Osmall Review: How Does This Inexpensive Pod Vape Fare? 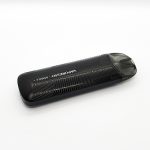 The Osmall is a new pod system from Vaporesso. Vaporesso have been non-stop with their devices lately and in just the last few months we’ve reviewed the Vaporesso Target PM80, Swag II, Vaporesso Degree & Vaporesso Podstick vapes.

But while Vaporesso’s other pod devices have been more full featured, the Osmall is different. It’s a simple and lightweight pod vape but it’s also super inexpensive at under $15. It comes with one pod that has a 2ml capacity and it’s a draw activated device. The Osmall has a 350mAh built-in battery.

For the price of just two disposable e-cigarettes, the Osmall can be filled and refilled with your own ejuice.

This device was sent to me straight from Vaporesso for the purpose of this review. 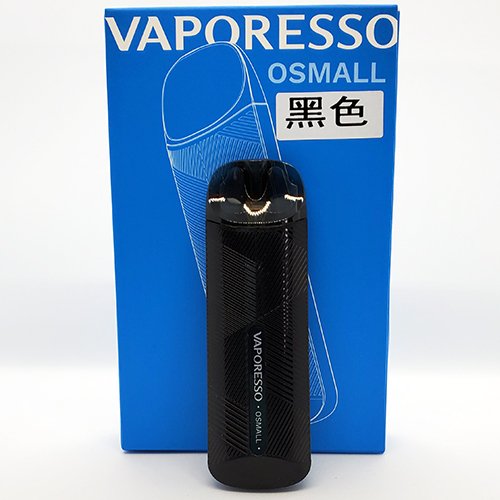 What to Expect from the Osmall 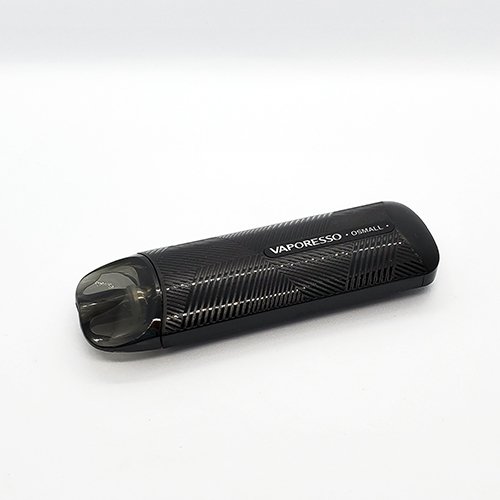 The Osmall is a small and lightweight pod vape. It’s made entirely out of plastic. It’s small enough to slip right into a pocket and light enough that carrying it around isn’t going to be noticeable.

It’s also simple to use; there are no buttons and it’s draw-activated. The big selling point of the Osmall is its price point — less than $15 from most online vape shops.

The Osmall comes with one pod that will hold up to 2ml of eliquid. The pod houses a 1.2ohm coil that is non-removable. Once the pod and coil are finished, you throw it out and replace it with a whole new pod.

It has a maximum wattage output of 11W and a built-in 350mAh battery. The Osmall charges through a micro-USB port on the bottom of the device. 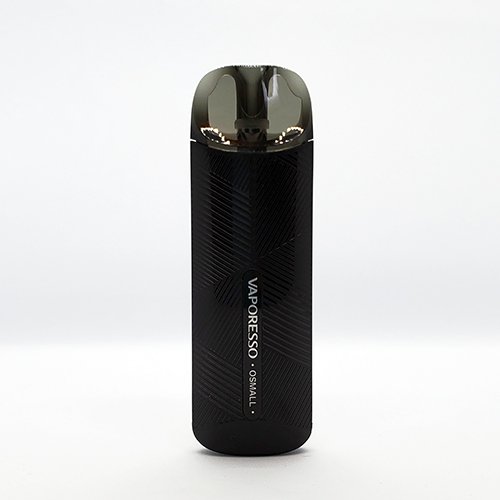 The Osmall definitely lives up to its name; it’s so small! It’s only 84.2mm tall, 26.5mm wide and 13.4mm thick. Definitely on the small end of pod devices. When I put it in my sweater pocket I forget that it’s there half the time and end up looking for it. It’s also very light at only 24.5g. I can hold it in my mouth and vape while keeping my hands free and it’s not the least uncomfortable.

It’s made entirely out of plastic which is a contributing factor to the lightweight. It doesn’t feel cheap but it doesn’t feel like a premium device either. The shell has a textured grip that makes it easy to hold and it looks pretty good too. On the front of the device is a small badge that says “Vaporesso Osmall”. Otherwise, there’s no other branding.

The Osmall comes in eight different colors. I received the black Osmall for testing but there are some attractive colors that I wish I had gotten my hands on. The red, blue, rose, and gold colors look particularly nice.

Although inexpensive, build quality is on par with Vaporesso’s other devices. There are no imperfections on the body of the device and the pod and device fit together snugly. 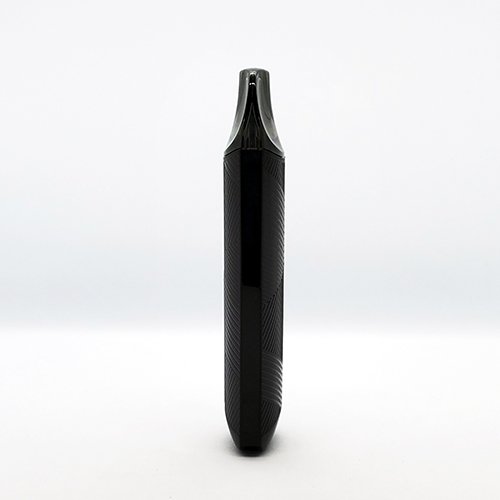 The Osmall has one con that I noticed straight out of the box — it only comes with one pod. A pod device should come with at least two pods in the box. What happens if you accidentally burn the first one or if it’s a faulty pod? If you purchase the Osmall, it’s best to get a package of extra pods as well.

The pod for the Osmall has a comfortable mouthpiece that curves perfectly with my lips. The pod has a dark tint but it’s still easy to see my ejuice level. The pod holds up to 2ml of eliquid.

Inside the pod is a non-removable, 1.2ohm coil. It uses flax cotton as a wicking material and Vaporesso states that this will deliver fresher and purer flavor. It definitely wicks well. I tested this pod with a 70VG ejuice and a 50/50 ejuice and not once did I have a dry hit.

The pod attracts magnetically to the battery and it sits snugly when seated. There’s a slight bit of wiggle but only if I try to move the pod around. The pod sits deep enough in the battery that there’s no chance of it falling out accidentally.

For filling, there is a silicone plug on the side of the pod. The fill hole is wide and large enough for any size of ejuice bottle. It’s very easy to fill this pod and I had no trouble doing so. Quick and easy! 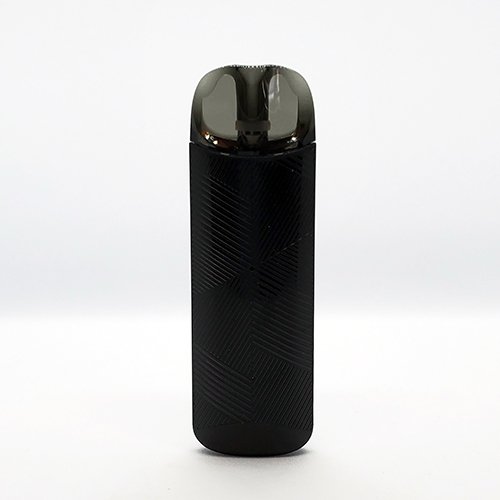 There’s a 350mAh battery built into the Osmall and it recharges using micro-USB. 350mAh isn’t a very large battery but because the Osmall only fires at 11W, I’ve been getting good use out of a single charge.

There’s a small LED on the back of the Osmall. I didn’t even notice it at first, it’s so tiny! It lights up white when vaping and will blink a couple of times when the device is dead.

I vaped a pod and a half from a full charge. This was about a day or a day and a half of use depending on how heavily I vaped. Not the best battery life but for a device under $15, I can’t complain. 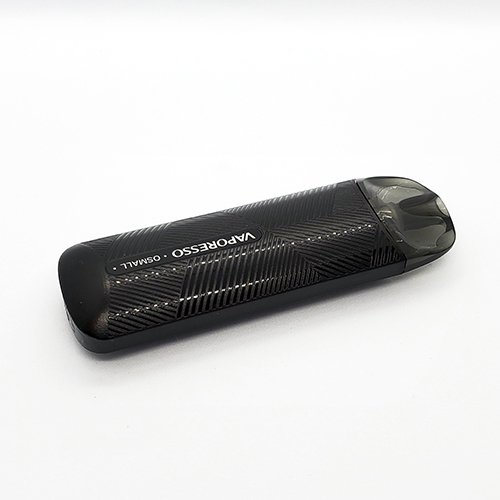 Because of the price point, I expected the Osmall to perform like a back up vape. You know, a vape you keep around for when your main vape is charging or one that you keep in the car. But after using it, I’ve found myself reaching for it even when I have my other, more expensive pod systems around.

This little vape surprised me. The flavor is crisp and full, not something I expected from a sub $15 device. I’m not sure if it’s because of the flax cotton wicks but the flavor is very good. The draw is smooth and the throat hit with a nicotine salt ejuice is on point. It’s easy to just pick up the Osmall and take a few draws to satisfy my nicotine craving.

The draw activation on the Osmall is perfect. I don’t have to pull too hard to get it to work and it activates flawlessly every time. But it’s also not so sensitive that it will activate on its own. I haven’t had the Osmall auto-draw even a single time.

The draw is a satisfying, restricted MTL vape. It’s a great balance between being too tight and too loose. If I had to compare the draw to anything, I’d say it’s very close to drawing on a cigarette.

In the performance department I have only one real con; some minor leaking when using 50/50 ejuices. After heavy vaping, some ejuice collected in the battery compartment. Not a large amount of ejuice but enough that it had to be cleaned out.

The Osmall is a solid device for the price. It’s so simple that even a complete beginner can use it without a problem and I think that it would make a great gift for someone who smokes cigarettes. The draw closely mimics that of a smoke so this could be an awesome device to get a loved one into vaping.

I also think that it makes a great main device for an experienced vaper. Rather than being just a back up, the flavor and battery life are good enough that I can see myself using the Osmall for the foreseeable future. Looks like I’m going to have to pick myself up some extra pods.