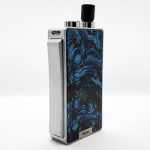 The Vozol Ark is a new pod device that has just hit the market. Vozol are known for their disposable vapes like the Vozol D1 and Vozol D2, both of which we’ve reviewed and they were pretty good disposables. Now, they’re trying their hand at a refillable pod system.

The Ark features adjustable wattage up to 30W and packs a built-in 1000mAh battery. The pod has a 3ml capacity and takes replaceable coils. With so many pod devices already available, is the Ark worth the purchase?

This device was sent to me from Vaporl for this review.

The Ark has a similar shape to other pod devices that I’ve seen; tall and rectangular. It’s 92mm tall, 39mm wide and 18mm thick which is big for a pod vape but it’s still quite portable. The Ark weighs in at around 125 grams so it’s also on the heavier side but I had no problem slipping it in my pocket. The included lanyard is much too long though and it swings around a lot when I’m wearing it around my neck.

The back of the Ark has a large Vozol logo in chrome. The rest of the back panel and the body of the Ark is a brushed aluminum. The front of the Ark features an attractive PVD acrylic panel that I really dig. The pattern is mixed to look like resin but it’s glossy and shiny.

The entire side of the Ark is a large firing bar. It’s a huge bar and it’s easy to fire, but it’s also easy to accidentally push if you grip the Ark in the wrong way. I think a smaller, more normal firing button would have been better but I don’t hate the firing bar.

There’s a 0.69” display on the Ark and two small adjustment buttons located below it. The screen is simple and looks dated but it’s bright and shows all essential information. The display shows the coil resistance, voltage, wattage and a battery indicator. 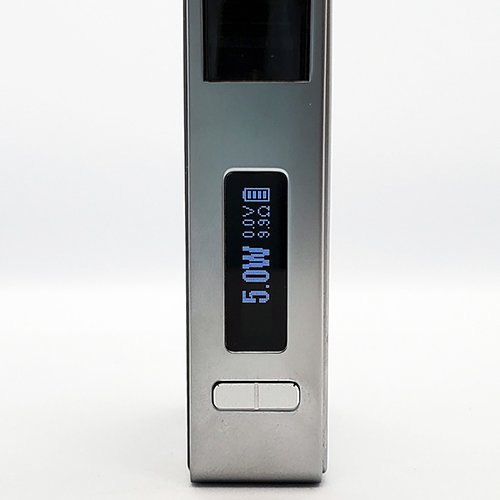 One annoying feature of the Ark is its auto-standby. If you don’t use the Ark for a while, it will shut itself off. I like to take a draw here and there and I found myself having to turn the device back on every time I wanted to use it again. It’s great that it tries to save battery but it’s frustrating nonetheless.

To lock the adjustment buttons, all it takes is pressing the fire button three times. Otherwise, there are no other button combinations on the Ark.

The pod on the Ark holds up to 3ml of eliquid and it’s top filled by removing the threaded top cap. The pod is heavily tinted so it’s difficult to see how much ejuice is in the reservoir. The pod attaches magnetically to the device but the magnets are not very strong. Even a slight push on the drip tip will detach the pod. The magnets could have been stronger, that’s for sure.

The 1.4ohm coil will fire at up to 15W and is best used with nicotine salt ejuices. Even 50mg ejuices work great because of the high resistance. I found 35mg nicotine salts were good at 13-15W while 50mg ejuices were best at 10-11W.

The 0.6ohm coil is for regular nicotine ejuices. Ejuices from 3-9mg worked just fine and I vaped this coil anywhere from 23-30W. 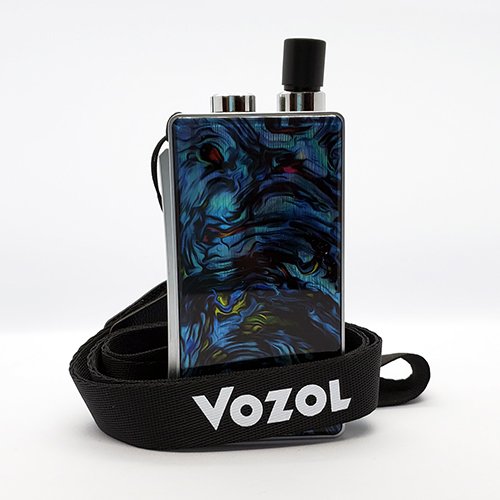 The Ark has a 1000mAh battery built in. It’s a decent sized battery for the size of the device and I got acceptable vaping times out of a full charge.

The 1.4ohm coil afforded me around 2 days of vaping time which is quite good. When I used the 0.6ohm coil this was cut down to just about a day of vaping, depending how high I set the wattage.

The Ark charges through a micro-USB port located on the bottom of the device so it doesn’t stand up while charging. Charging times averaged around 55 minutes from dead to fully battery. The Ark does have pass thru charging so it can be used while it charges. 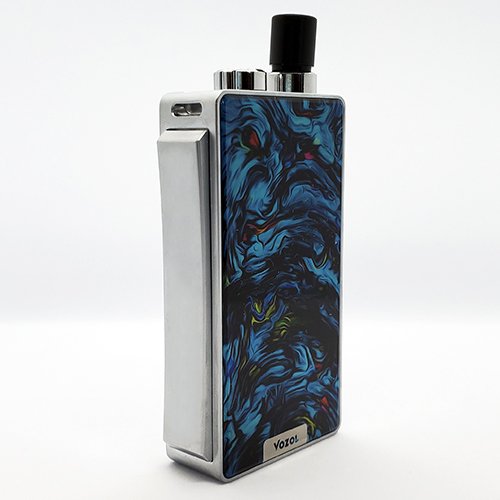 I’ve been testing the Vozol Ark for a few weeks now and so far, it’s been a good device to use. I haven’t experienced any reliability issues and it fires right away when I push the firing bar. My only real annoyance with the operation of the Ark is that it shuts down after not being used for a while, forcing me to turn it back on the next time I want to use it. It’s an inconvenience, but it’s still not a deal breaker.

The 1.4ohm coil is great with nicotine salt ejuices. When using a 35mg salt I vaped with the wattage from 13-15W and the vapor is smooth, flavor is good, and the throat hit is nice. Using a 50mg nicotine salt forced me to turn down the wattage to 10-11W but it was similarly flavorful with smooth draws.

The 0.6ohm coil is great for regular nicotine ejuices. The fact that it goes up to 30W is awesome because it gives a heavier draw with lower strength nicotine ejuices. The flavor is good but nothing comparable to a sub ohm tank. Still, it’s nice to have one pod device that can vape whatever type of ejuice you have on hand.

Other than the pod being tinted, everything else about it is good. It’s easy to fill, holds enough ejuice, and it’s secure and doesn’t leak.

For their first pod system, Vozol did a good job with the Ark. There are a few things that could be fixed like how easily the pod detaches from the device, the dark tint on the pod, and the lack of airflow adjustment. But all things considered, it’s a good device. Flavor is respectable with the 1.4ohm coil and it’s an enjoyable device to use for nicotine salts. If you can get it at a good price, it’s a device that’s worth picking up.