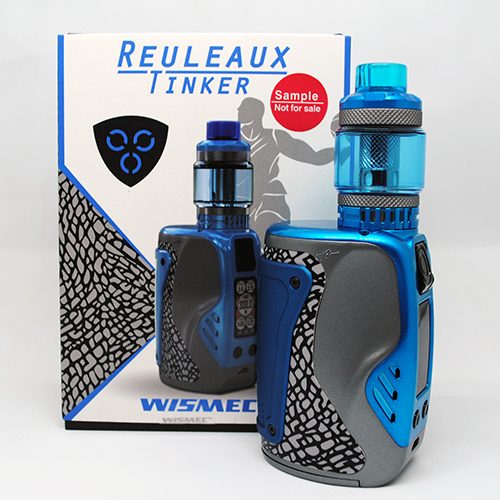 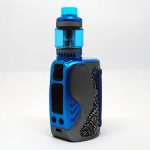 Bold and powerful, Wismec have just released the Reuleaux Tinker Kit. This mod takes three 18650 batteries to function and will deliver up to 300W of power. And it has a pretty cool design, too.

The patterning on the Reuleaux Tinker Mod is inspired by the Air Jordan Retro 3 shoes, and you can get the Tinker Mod in three different colors. The Tinker also has a full color 0.96 inch display.

The Tinker kit includes the Column sub-ohm tank, which has a capacity of 6.5ml and uses 0.15ohm mesh coils. The airflow on this tank is also a little bit different than most tanks, but that’s not entirely a good thing.

In this review, I’m going to go over everything that you need to know about the Reuleaux Tinker Kit. We’ll start with the box contents.

This kit was sent to us by VapeSourcing for review. This does not in any way affect our opinions or ratings of this device. 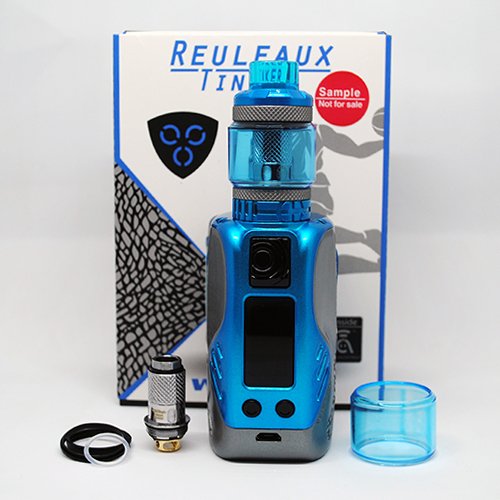 The box contents of the Tinker Kit are pretty standard. You get a sleeve that holds the two individual boxes for the Tinker mod and the Column tank. You don’t get a lot of extra goodies, but you do get two coils. 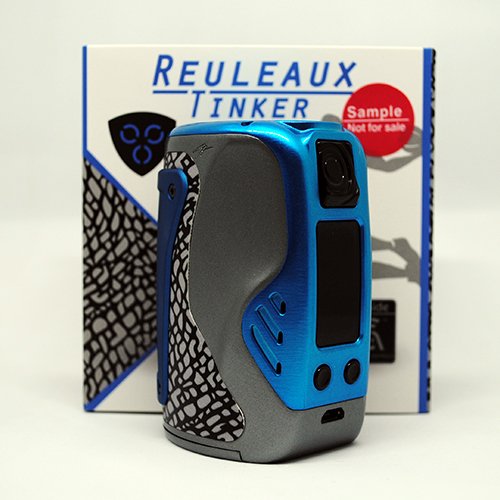 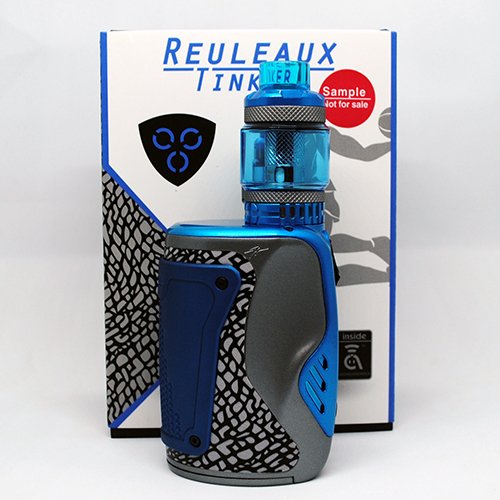 With batteries installed, the Reuleaux Tinker is quite the heavy device. But it also feels very solid, as if you’re holding something valuable. Carrying this device around all day will definitely add weight to your person, but keep in mind that no triple battery mod is going to be light. If you want the power, you’ll have to accept that a triple battery device will be heavier than your average mod.

The Reuleaux Tinker has an oval shaped body with a flat front, and this is where the screen and buttons are located. The device appears to be made mostly out of plastic, with some metal for the body. The Reuleaux Tinker has a tri-tone color scheme: a metallic light blue for the top and front of the device, a light grey for the sides, and the black and grey Air Jordan patterning around the back and the grip. This patterning is semi-soft, and made out of a sort of vinyl sticker. At first, I wasn’t sure how much I liked this, but it’s grown on me. Some of you may disagree.

The sides of the device are indented for your thumbs, which makes it a little more comfortable to hold the device. And adding to the comfort, there is a dark blue, rubberized pad on the back of the device. This pad has circular indentations for grip and the soft rubber feels nice to hold when using the Tinker kit. At the top of the pad, you’ll find “Reuleaux Tinker” etched into the rubberized pad. 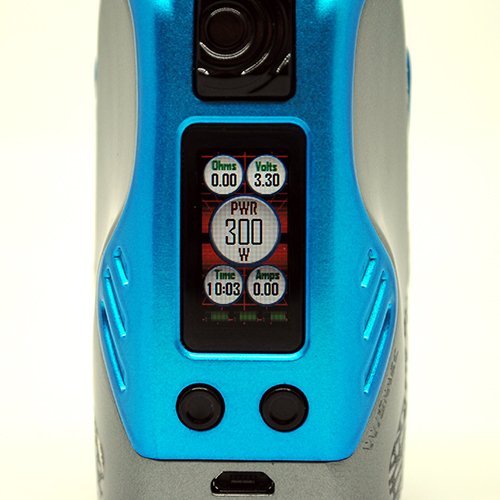 There are three buttons on the Reuleaux Tinker: one large firing button, and two small adjustment buttons. The firing button the Reuleaux Tinker mod is located near the top of the device, but is easy enough to reach and use. It takes a perfect amount of pressure to activate, and works with a nice click. This fire button is rocker-style, and thus quite comfortable to use.

One of the nicest features of the Reuleaux Tinker is its screen. You get a 0.96 inch, full color display that is super crisp and clear, as well as a pretty nice UI to match. By default, you’ll see your resistance, volts, wattage, the current time, and amps. I’m a fan of the layout and look of the UI, and I rather like all of the options as well. But we’ll get further into the display in the features and functions section.

The battery door of the Reuleaux Tinker kind of resembles the sole of a Jordan shoe, which I’m sure was intentional. But in any case, there are a good amount of venting holes. The battery compartment is very nice, and not too tight. It’s clearly marked inside the compartment with which way to put your batteries in, so you shouldn’t have any trouble here. Keep in mind though, that your batteries will be touching inside the mod. So make sure you have a good set of batteries with no tears or knicks in the wraps.

There is also a Micro-USB port located on the front of the device that can be used for firmware updates. It can also be used to charge the device, but you should know the drill by now: only do so in an emergency situation where you have no access to an external charger. 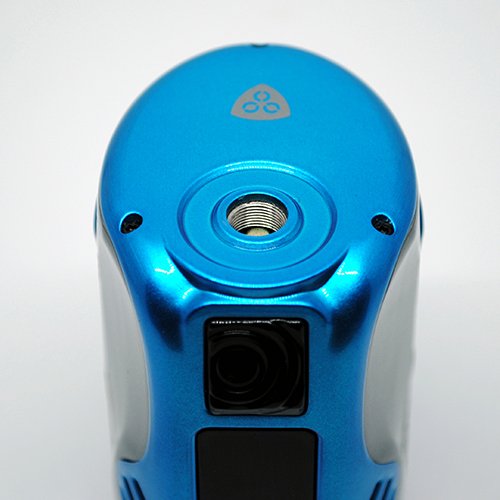 Overall, the Reuleaux Tinker mod is very nice and sturdy and I have no problem with the design or build of this device. Everything is really well put together, and I didn’t find any quality issues. The design and look are very attractive, and it both looks and feels nice in your hand. And while it can be a bit heavy, it’s to be expected from a triple battery mod. As long as it performs well, I can live with the extra weight. 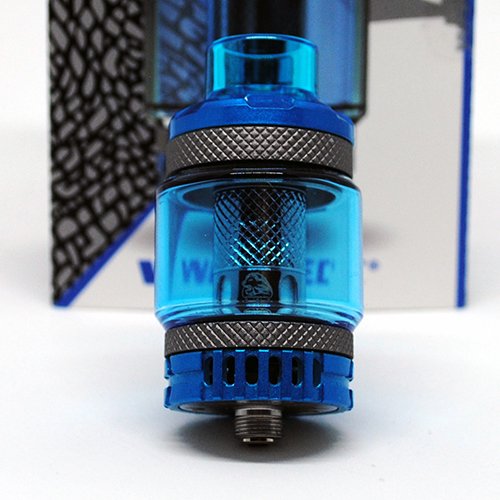 The Wismec Column is quite the handsome tank, and it looks perfect sitting on the Tinker. The drip tip is a short, wide-bore 810. And while it looks and mostly functions great, there is one major problem: it pops off very easily. If you even slightly touch the drip tip, it will come flying off. You can’t even use other drip tips, because they won’t sit flush. A little annoying, and a con for sure. 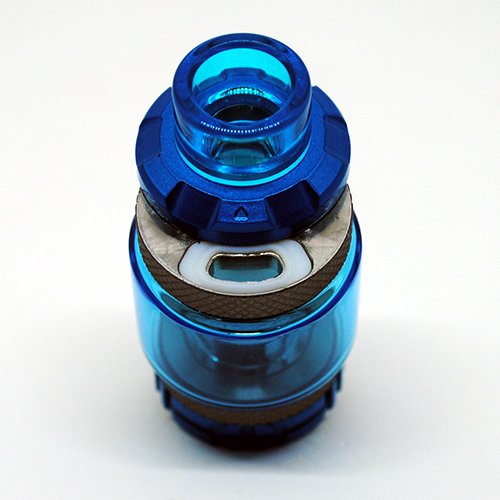 Filling the Column is relatively simple. The top cap slides open to fill, and there’s a little arrow that indicates where to push. The fill port is lined with silicone to prevent leaking, and to offer a complete seal. The port is wide enough for most bottles and droppers, and the tank fills very easily. I also didn’t have any problems with the tank sliding open accidentally, or while it was in my pocket. Thumbs up here. 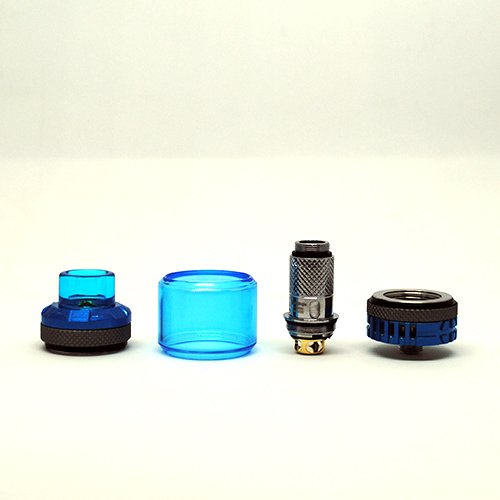 You get two bubble glass tank sections with the Column, both being the 6.5ml capacity. However, there is a TPD compliant version, where you can get it with a 2ml tank capacity. 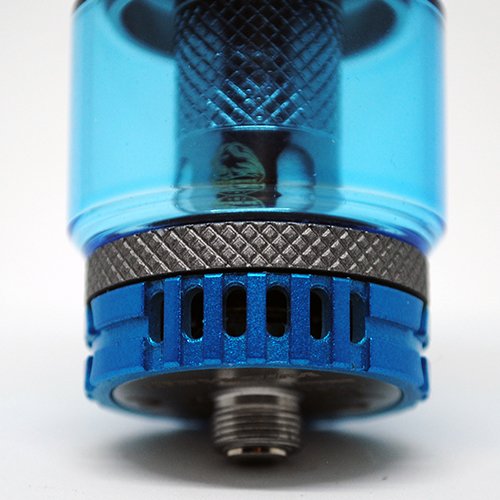 The airflow slots on the Column are made up of a series of vertical slots, and there are six small slots on each side. This gives you a lot of room to play around with the airflow, and find the optimal setting that you like. Whether very restricted or extremely airy, you can get it with this tank. My only problem is that it was a bit difficult to turn and adjust the airflow, and it could have been a little looser. Other than this, I had no problems and no leaking. 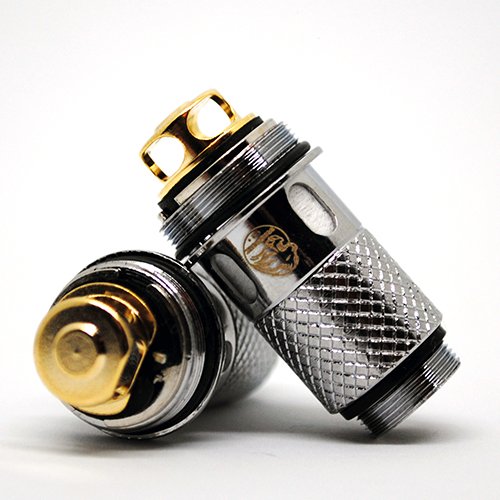 The Column uses the proprietary 0.15ohm WL01 coil. This is a large, single mesh coil that can deliver some pretty diverse ranges of power. It’s rated for 30-100W, but you can definitely go a bit higher than 100W.

You get two of the WL01 coils included with the Tinker Kit, and each coil looks very sturdy and well-built. Peering into the middle of the coil allows you to see the mesh inside, and what I assume is organic cotton. 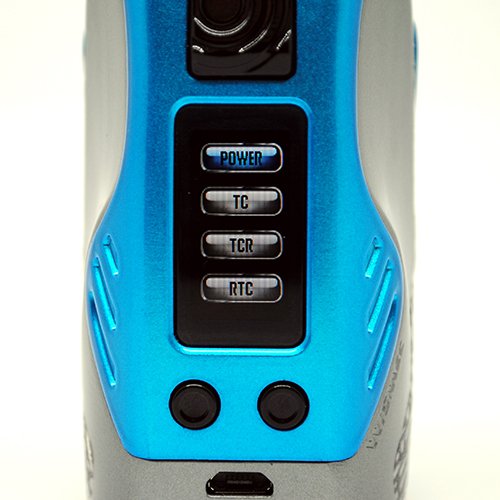 The Reuleaux Tinker is a powerful, triple battery mod. And to regulate and deliver that power, it uses the Avatar chipset. This chipset has been seen in other Wismec and Eleaf products, and has proven itself to be both efficient and reliable.

The Reuleaux Tinker offers a bunch of modes, as well as some extra settings and goodies. You get Power mode, Temperature Control mode, and TCR as well. The Tinker will deliver up to 300W in Power mode, and will do from 200-600F in TC. 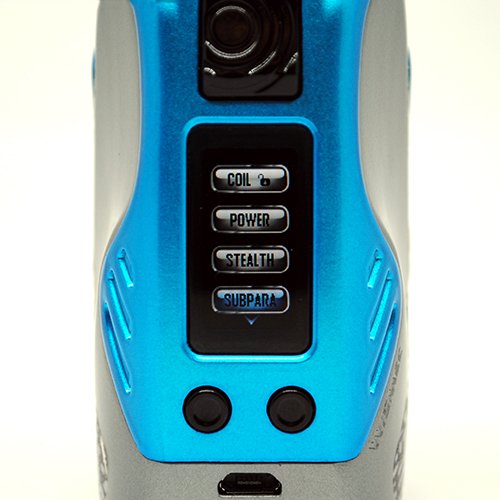 But on top of your standard modes, you get some menu options. You can easily lock the resistance of your coil, activate stealth mode, change the UI readouts, set the preheat time, the clock, and the screen time. You can also check the version very easily. 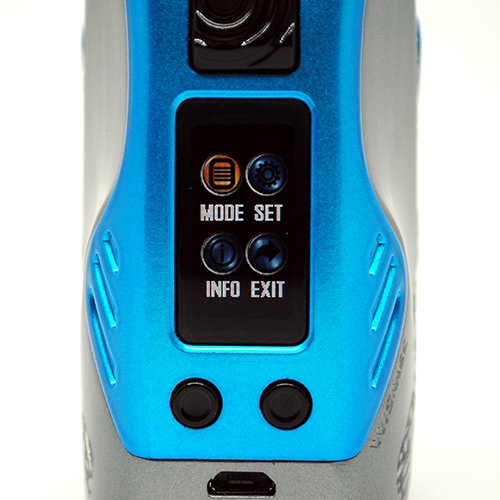 In the department where it counts, the Reuleaux Tinker kit holds its own. Powered by the Avatar chipset, I found the device to be very reliable and efficient on battery. For this review, I tested the Reuleaux Tinker with the Column sub-ohm tank, as well as with a few other RDAs.

To start off, the performance of this kit is pretty great. The Column and the Tinker go together perfectly, both in terms of appearance and functionality. The 0.15ohm coils included with the Column are very nice, and produce tasty large clouds at around 75-85W. And with three 18650 batteries powering this baby, I was getting 3-4 days of heavy use before having to recharge them. Suffice to say, the battery efficiency is great.

In terms of airflow, I found the Column was best with either two or three holes open. Anything more was too airy for me, but I found that this was the perfect sweet spot.

There was no leaking from the airflow slots, but I did find the airflow control ring very hard to turn. The space for the ring is also pretty small, and it could have been a bit looser.

The Reuleaux Tinker mod works great in either Power or TC mode, and it worked flawlessly with multiple RDAs at different resistances and voltages. I could definitely see this mod as my daily driver for its versatility and efficiency. 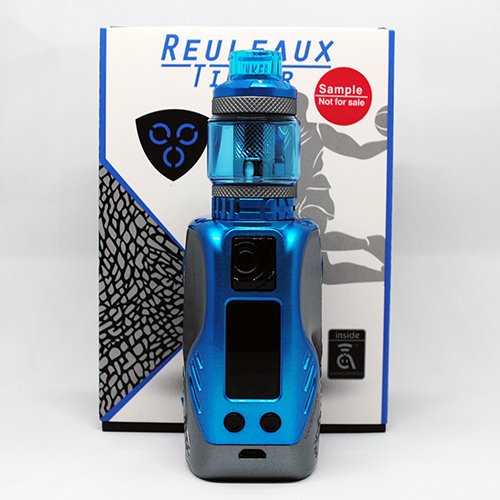 When you take everything into account, there’s not much to complain about. The Reuleaux Tinker mod with Column tank delivers a flavorful vape, while providing high wattage ranges and incredible battery life.

The Column tank could use a reworking of the airflow control ring and airflow holes. Less holes, and a slightly looser and taller ring would make it more user friendly for sure. Also, the top cap flying off all the time is not cool. But on the other hand, the flavor you get from this tank is pretty awesome, and you can get a really dense vape off these coils. I really enjoyed using the tank, but these little details are the difference between a good tank and a great one.

The Reuleaux Tinker mod is awesome, and delivers a great vaping experience no matter which mode or what tank you use. The menu is really easy to navigate, and there are no complicated button combinations. Additionally, the battery life is a stand out feature of this mod, as most people aren’t going to be pushing anywhere near 300W. If you’re vaping at under 100W, triple batteries are going to get you quite a bit of vaping time before you have to recharge.

If you’re on the hunt for a new kit will great features and versatility, check out the Wismec Reuleaux Tinker Kit. Until next time, Stay Versed!