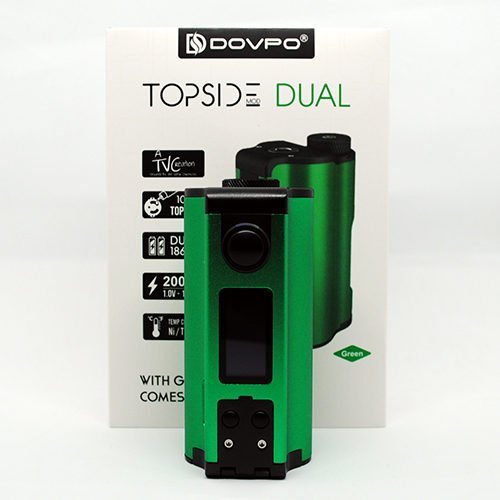 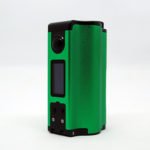 You asked and they delivered. Dovpo and The Vapor Chronicles have just released the Topside Dual which takes two 18650 batteries and will fire at up to 200W. The Topside Dual keeps the same convenient, top-filled design as the original but now brings more power for those wanting to squonk with lower-resistance builds.

I personally tested the original Topside and found it to be an excellent squonker. However, the downside was that it could only fire up to 90W. So of course I was super excited when I heard that the Topside Dual was being released and had to get my hands on one to test it out.

Because the fact of the matter is this: there aren’t many good dual-battery squonk mods out there. The Desire Rage, Drone DNA250C, & Pulse Dual are currently the only viable options and that doesn’t give you a whole lot of choice.

In this Topside Dual review, I’ll be going over everything you need to know and we’ll see if the Topside Dual makes for another great dual battery squonker.

This item was sent to us by MyVpro for review. This does not in any way affect our opinion or ratings of the device. 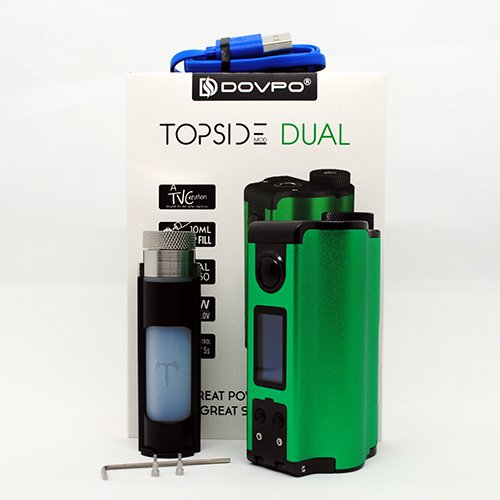 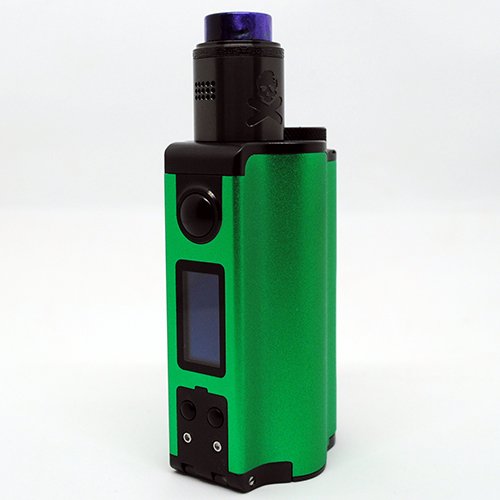 A collaboration between Dovpo and Brian from The Vapor Chronicles, the Topside Dual comes from two names in the industry who know what they’re doing. This was evident with the original Topside as it introduced an innovative top-filled method that, while unheard of, worked remarkably well.

The Topside Dual will fire up to 200W, ships with Temperature Control mode, and features this same top-filled squonk port. There’s no need to remove the squonk bottle to refill the Topside Dual; just unscrew the cap on the mod and fill away! This makes for one of the most convenient squonking designs and really lessens the mess of refilling your bottle.

The Topside Dual looks very similar to the original Topside, but it’s of course a bit wider due to the additional battery. It’s also quite a bit heavier than the original but that’s to be expected from any dual battery squonk mod.

Just like the Topside 90W, the Topside Dual is a solid and well-built mod. The Topside Dual keeps with the same look and shape but is just a little bit wider due to the additional 18650 battery. It’s quite a curvy device and the width fits nicely in your hand. You’re able to comfortably squonk with your index/middle finger or with your thumb, depending on how you hold the device.

Now keep in mind that the Topside Dual is quite a bit heavier than your average device. Because not only is it a squonk mod, but it also has two 18650 batteries held inside of a solid frame. This means that you’ll definitely feel the Topside Dual on your person as you carry it with you and it doesn’t make for the most stealthy device. Any dual battery squonker will be heavy, but it’s something to note.

The Topside Dual is available in 8 different colors and I received the green one for this review. It’s a nice metallic paint that shines beautifully when the sunlight hits it. I really like the paint and it’s also held up very well during my testing. I haven’t had the paint chip or flake and my device is still looking as new as the day that I got it. The texture of the paint also feels very nice to the touch and it isn’t too slippery. Rather, it actually adds a bit of grip to the device. 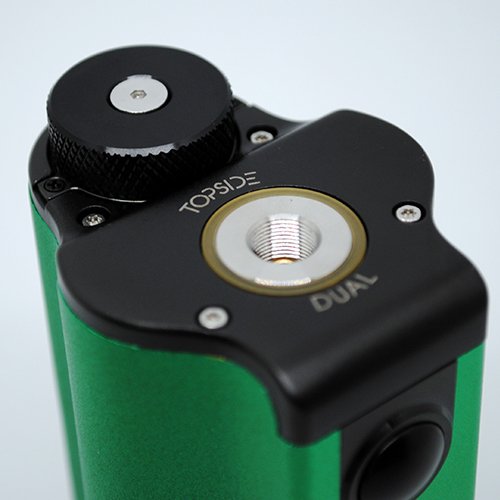 At the top of the mod around the 510 connector is some Topside branding. This 510 plate is spring loaded and flush with the top of the mod. Aesthetically it looks good and it’s also well constructed. On the Topside Dual you can fit atomizers up to 30mm without overhang.

On the side of the device you’ll find a micro-USB port. While this can be used for charging, I would suggest using an external charger. This port can be used for firmware updates.

Refilling the squonk bottle is super simple. Start by unscrewing the knurled cap on the top of the device. This cap is spring loaded for a snug and leak-free fit and the threading is very smooth. The cap will pop up after being unscrewed. Gently pull the cap up and off and you’re now able to access the fill ports. There are two nicely sized fill ports and I was able to fit both droppers and nozzles without a problem. Because of the recessed design, it’s almost impossible to spill juice while refilling.

Plus, on the underside of the fill cap are two rubber gaskets. These seal the squonk refill compartment and completely prevent leaking. I noticed that the cap on the Topside Dual is a little easier to put on or take off than the Topside 90W, and this is definitely a welcomed improvement; it now works as smooth as butter. 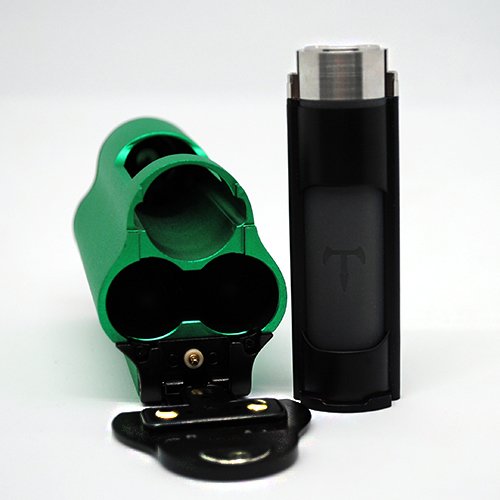 The Topside Dual uses the same bottles as its predecessor; and boy are they massive. Capable of holding up to 10ml of ejuice per bottle, the Topside Dual has the largest squonk bottle available among dual battery mods. And not only is it 10ml, but you get two of them as well!

The second bottle comes with a cap that seals it tight and makes it portable without the risk of spilling. When your juice gets low, you can just swap in this second bottle without having to refill; even though it’s super easy to do with the Topside Dual anyway.

The squonk bottle is accessed from the bottom of the device, and can be removed with a firm tug. The bottle is on a track system that makes inserting or removing the bottle fool-proof, as it will only line up one way. This ensures that the squonking mechanism also lines up properly every time. 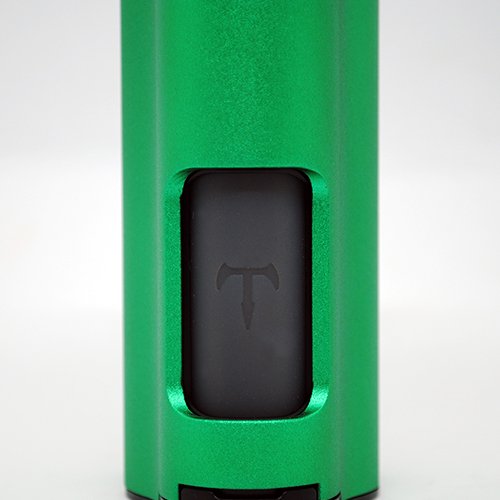 The squonk bottle takes just the right amount of pressure to squonk, and is neither too stiff nor too flimsy. Finding a perfect squonk bottle is almost impossible but I think the Topside bottles may just be the closest that I’ve found. 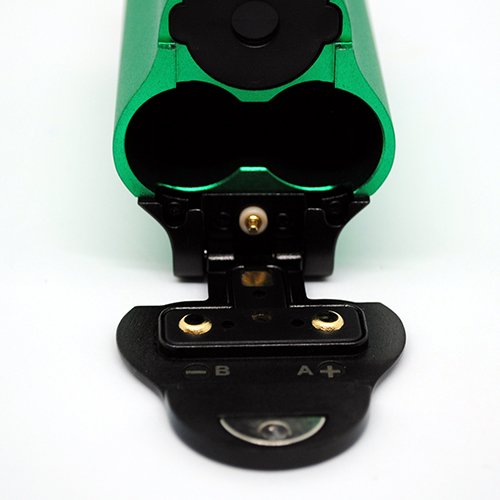 In addition to being well constructed, the battery door is hinged for easier access. Instead of flopping, the door will stay out of your way when fully opened. Dovpo have also listened to the community here as they have marked the positive and negative indicators in white for better visibility. 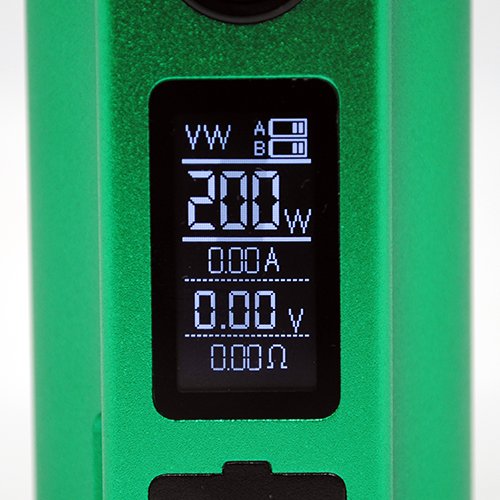 The Topside Dual features a 0.96 Inch OLED display; the exact same as found on the Topside 90W. It’s black and white and very crisp and easy to read. It will display your individual battery life, wattage, amperage, voltage, and resistance and is very easy to navigate and use.

There are three buttons: one large fire button, and two smaller adjustment buttons. The fire button is located towards the top of the device, and is round and raised. It also has a raised ring that goes around its perimeter. This is genius because if any juice leaks, it will simply roll off and around the fire button rather than into it. Very thoughtful design. The fire button works flawlessly and is very responsive. There’s no button rattle, but the click that you get from the buttons feel and sound just right. 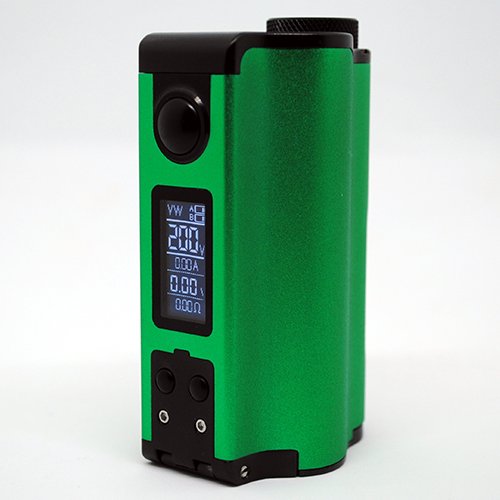 The Topside Dual utilizes two 18650 batteries to function and supports a variety of modes. To turn the device on or off, press the fire button five times. Unlike the Topside 90W, which required a firmware update to unlock Temperature Control mode, the Topside Dual ships with TC mode built-in.

The Topside Dual will function in Power mode, Temperature Control mode, Voltage mode and TCR. In Power mode the Topside will comfortably fire up to 200W without breaking a sweat. There aren’t many squonk mods that can reach 200W, so that’s pretty impressive.

Change Modes: Hold the – adjustment button and fire button together. You’ll be taken to a menu where you can select your mode. You can also view your stats here: your total puffs and total puff time. Pretty neat. 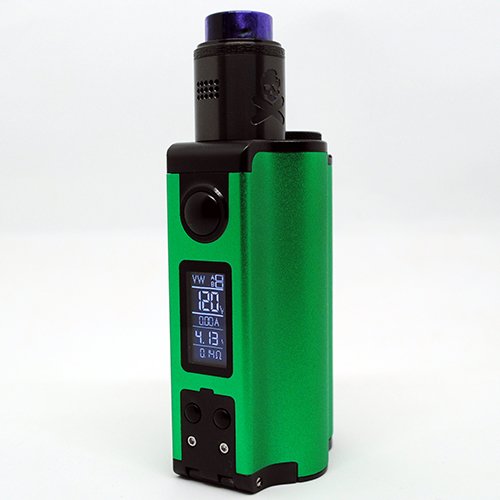 In my testing the Topside Dual did not disappoint. Just like the Topside 90W, the Topside Dual delivers instant power that is true to the wattage you’ve set. You’re able to reliably fire all the way up to 200W and know that you’re truly getting that power.

In my experience, I found wattage mode to be flawless. I was getting terrific performance and good battery life to match. I tested the Topside Dual using a few different coils: single simple coil, dual simple coil,  dual exotic coil, single mesh coil.

With the dual coils I was able to pump much more power into the Topside and I found that this is where the device really excelled. With the single coils, I could comfortably use a lower wattage to prolong my battery life and still get good vapor.

Unfortunately, Temperature Control performance wasn’t so great. I found the vapor to be way too cool at 450F, and it didn’t seem to be functioning quite right. While it certainly wasn’t terrible, I would say that it’s the same as most other non-DNA mods: sub-par TC performance. 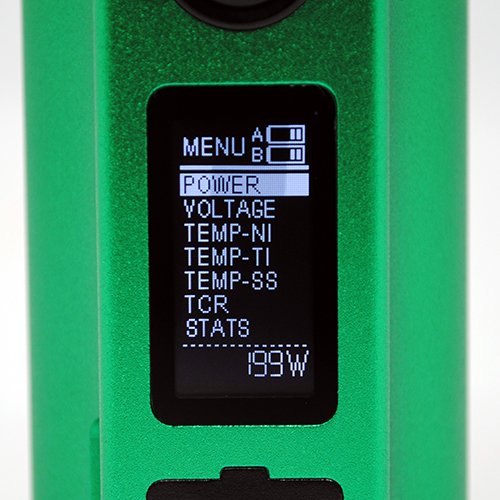 Specifically speaking to its squonking performance, there’s not much more you could ask from a squonk mod. The internal squonking mechanism works perfectly, and I haven’t had a single problem with it leaking or clogging or anything at all. When you squonk juice travels easily into your RDA.

Swapping out for the extra bottle is also super convenient, and really simple. Just unscrew the fill cap, pop open the bottom, and carefully pull the bottle out. Then, take the cap off of your extra bottle and insert it into the Topside. Replace the fill cap and voila! You’re set to squonk again, and it takes less than 20 seconds. It’s also way less messy than refilling or subbing a traditional squonk bottle, that’s for sure.

I really enjoy using the Topside 90W whenever I get a chance, but I think I’ve just found its replacement. The Topside Dual is everything that was great about the 90W, but with an additional battery and a more robust form factor that I really quite like. The ease of filling or swapping the bottle combined with its great battery efficiency and performance make the Topside Dual one of the best regulated squonk mods on the market, without a doubt. 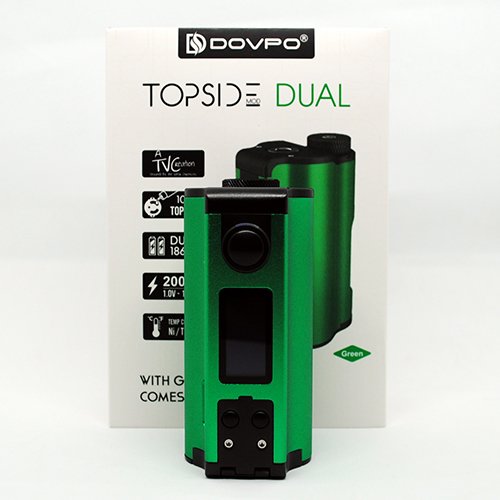 If you read the entire review, you’ll probably know what I think about this mod — it’s incredible. There’s not a lot that I could find to criticize the Topside Dual other than its subpar TC performance, which is something that could have been improved. Also a con is the fact that it’s a bit heavy. But as I mentioned, this is to be expected from any dual battery squonk mod. If you want the power, you’re gonna have a little more weight. For me, the Topside Dual was as close as I’ve been to a “perfect” squonk mod.

The Topside Dual takes away the whole inconvenience of using a squonk mod, and makes it perhaps the most convenient way to enjoy using an RDA. Until next time, Stay Versed!