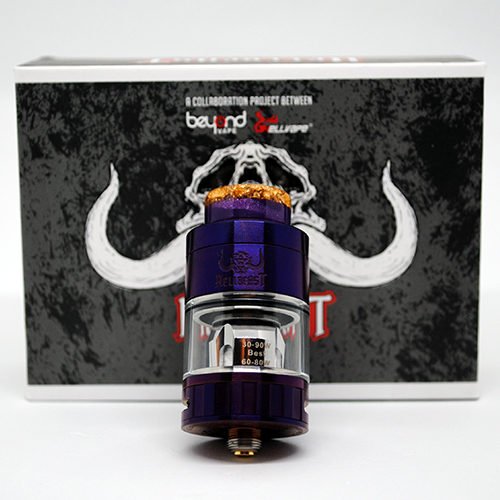 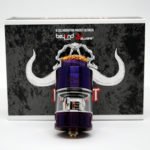 Hellvape are a brand best known for their excellent RDAs, such as the Dead Rabbit and the Drop Dead. These two tanks are no doubt among the best RDAs of all time and speak as a testament to the kind of products that Hellvape produces.

Part of what makes these tanks so great is their attention to detail and super practical use. However, not everyone uses rebuildable tanks; as a matter of fact, most vapers don’t! With this in mind, Hellvape have collaborated with Beyond Vape and have just released the Hellbeast sub-ohm tank.

This 24mm “hybrid” tank is backwards compatible with a myriad of coil types and features dual purpose airflow slots that can be adjusted for either DTL or MTL use. And It even comes with a specialized 510 drip tip to make the MTL experience even better.

I’ve spent the last few weeks testing and toying with the Hellbeast and in this review I’ll be giving you a full overview and rundown.

This tank was sent to us by MyVpro for review. This does not in any way affect our rating or opinion of the device. 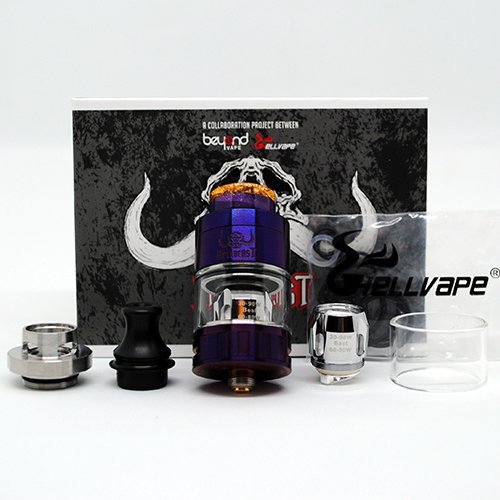 The Hellbeast comes in a small box that features a picture of a pretty hellish looking beast on the front of it. Open it up and you get: 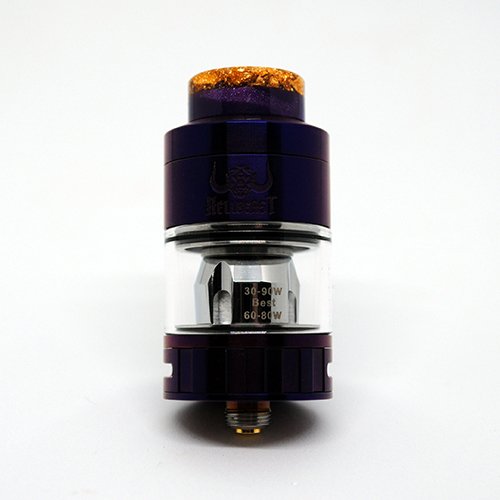 For previous tanks Hellvape have collaborated with large names in the industry such as Mike Vapes, Heathen, and TVC.  For the Hellbeast, they’ve collaborated with Beyond Vape to create a sub-ohm tank that is meant to be versatile. The Hellbeast works great for DTL vaping with the wide 810 drip tip and dual slot airflow. But it can also be used for MTL vaping by adjusting the airflow to single slot and using the included specialized 510 drip tip.

Plus, you also have the ability of using a wide variety of coils. In addition to the 0.20ohm coils that are specifically meant for the Hellbeast you can also use SMOK TFV8 Baby coils, Aspire Nautilus coils, or Vaporesso GT Coils as well! This makes Hellbeast an attractive pick in terms of options for your coil resistance and type. 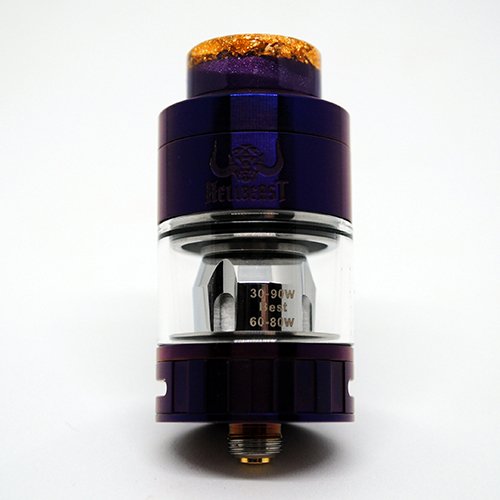 You can get the Hellbeast in eight different colors, all of which look very cool. I myself received the Purple color for this review and the paint is really nice. It has a shiny finish that has proven to be quite durable as I haven’t scratched or nicked it in my testing. It’s been in and out of my pocket and purse and is still looking good as new. The only thing is that this finish tends to attract smudges and fingerprints so this had me wiping it constantly to keep it looking clean. If you’re not as obsessive as I am, this might not be an issue.

The look and design of the Hellbeast is simple and clean. Let me just say, I’m a huge fan of the way this tank looks.The tank is free of indents or grooves and is instead straight cut, with even the glass being straight rather than bubbled. There’s a small Hellbeast logo on the front of the tank just underneath the fill indicator, and the gold-flaked resin drip tip accents the whole thing very nicely. 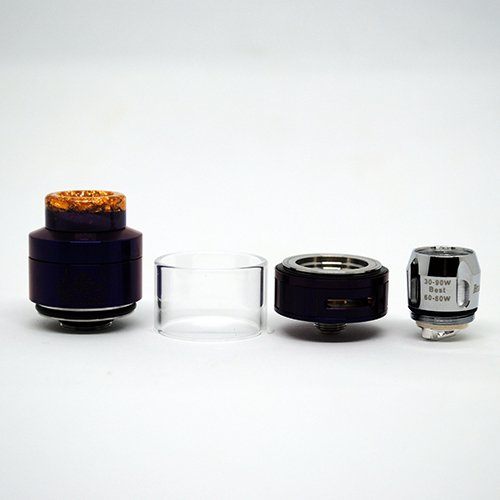 Unlike most other sub-ohm tanks on the market you don’t get a bubble glass with the Hellbeast. This keeps with the streamlined look of the tank but also means that you’re limited in terms of how much the tank will hold. Using the included coils the Hellbeast will hold a maximum of 4ml of eliquid. However, using TFV8 Baby coils you can hold up to 4.3ml, while using Nautilus coils reduces this capacity to only 3.5ml. Using the included 0.20ohm mesh coils (4ml max capacity), I found myself refilling the tank at least twice a day. This is more filling than with other sub-ohm tanks I’ve used, so I wish that they would have at least included a bubble glass.

On a more positive note, this tank is basically leak-proof. I didn’t have a single issue with leaking and even the airflow (a typical spot) has remained dry as a bone. Upon taking the tank off of the Drag Mini I was using, the 510 connector was completely dry too. Very impressive.

You get two drip tips: a resin 810 and a tall delrin 510. You also get a 510 drip tip adapter. The 810 is wide bore and perfect for DTL use, while the 510 will provide a complete MTL experience when used with the single slot airflow.

Speaking specifically about the 810; this is probably the nicest drip tip that I have ever seen. Just look at it, it’s so pretty! The bottom half matches the color of the tank, while the top half is a gold flake pattern with transparent bits. These transparent bits make it appear jagged in some areas as if it’s going to cut you. Of course, it’s completely smooth and the jagged appearance is only an illusion but I think that this looks super cool. 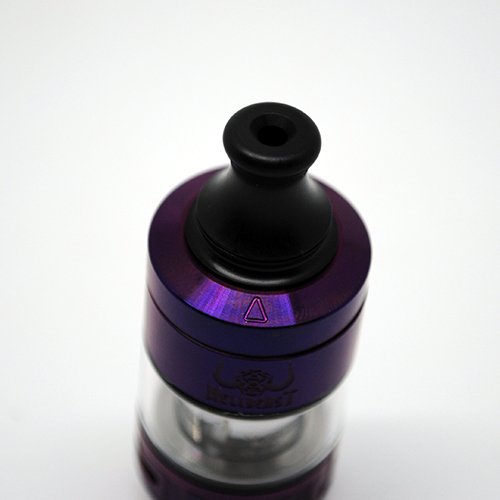 The 510 drip tip is black and made of delrin and sits a bit taller than the 810. It’s also much narrower for MTL vaping and keeps cool while in use. 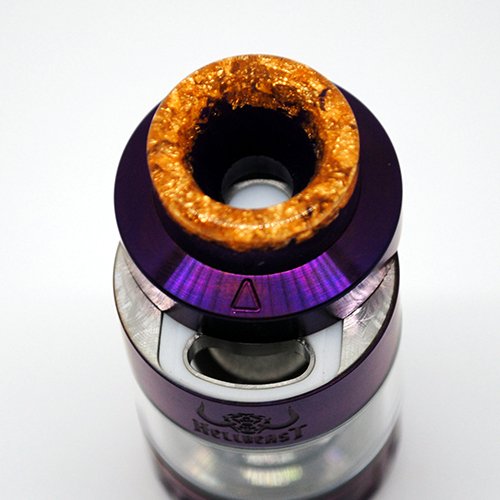 The Hellbeast uses a push to fill top cap that is surprisingly firm and sturdy. I say ‘surprisingly’ because push to fill tanks are usually loose and tend to come apart in your pocket, leaving you with an ugly stain. For this reason, I tend to shy away from using them. But as I mentioned earlier the Hellbeast is a thirsty beast and I was filling her up at least twice a day. While it’s only been a couple of weeks, the top cap is still snug and isn’t loose at all. It also clicks into place when it’s fully closed for added reassurance. I’m giving this tank an A+ in the filling department. 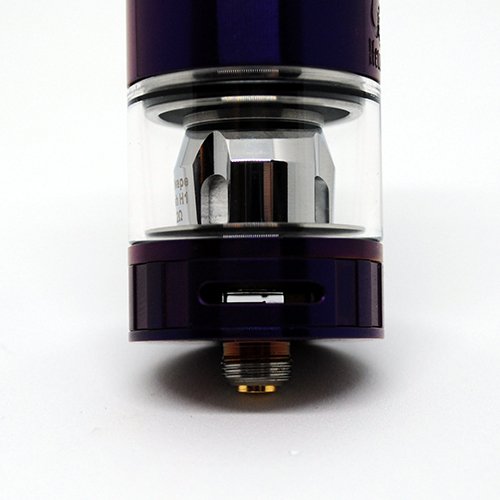 A great feature on this tank is its airflow. It has a single wide slot on each side of the tank and is fully adjustable. It works great for DTL vaping with the 810 drip tip and provides a nice airy draw when fully open. For a more restricted DTL draw I closed the airflow about a third of the way. This is where I found I got the most flavor and the best vapor. 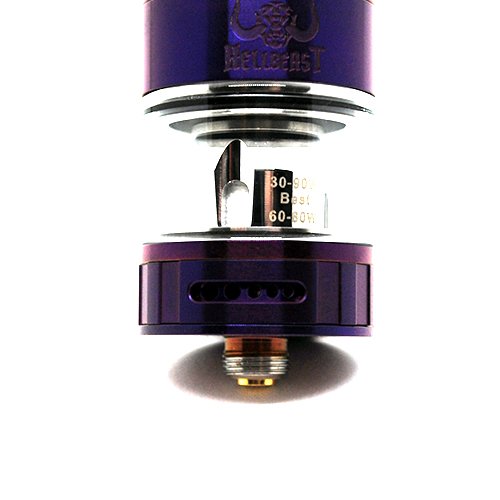 For MTL vaping you can completely transform the airflow. This can be done by turning the airflow ring counter-clockwise until only one airflow slot is open. This airflow slot has five holes that get increasingly smaller in size, allowing you to find the perfect draw. Even on the most open MTL setting it’s still a very restricted and tight pull; exactly what you want if you’re a MTL vaper. 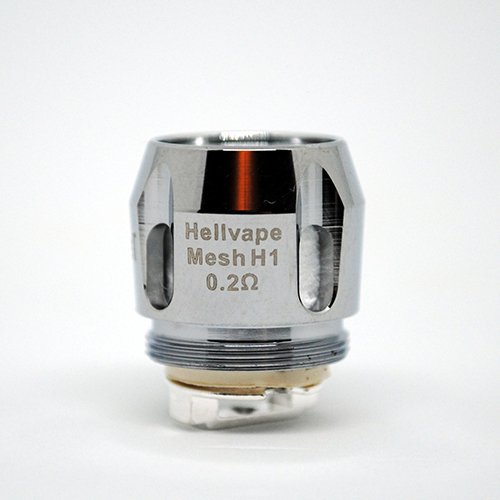 Included with the Hellbeast are two, 0.20ohm H1 mesh coils. These coils are quite beefy and produce incredible flavor and vapor. At the moment these are the only coils that Hellvape are producing specifically for the Hellbeast. So if you like to vape at others resistances you’re going to have to use a coils from the other compatible coil families — and boy are there a lot of options.

Looking at the coils for the TFV8 Baby alone, you have over ten (10!) different coil options. These range from 0.15 ohm all the way up to 0.6ohm and come in single, double, triple, quadruple, sextuple and even octuple core heads! This brings an amazing level of personalization to the tank and means that you can continue to use it for a long time. TFV8 Baby coils are some of the most popular coils around too, so you’ll have no trouble finding them. 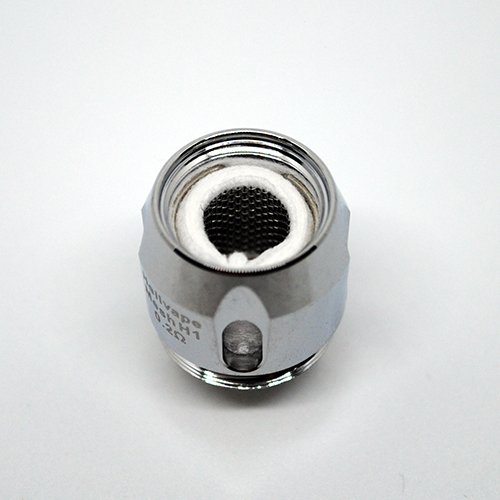 And if you thought that was a lot of compatible coils, we’re not even finished. You can also use Vaporesso NRG GT coils with the Hellbeast and this opens up another seven coils that you can use. These range from 0.15ohm to 0.40ohm and come in a variety of materials and cores. You can get mesh, ceramic, dual, or quad coils, to name a few. 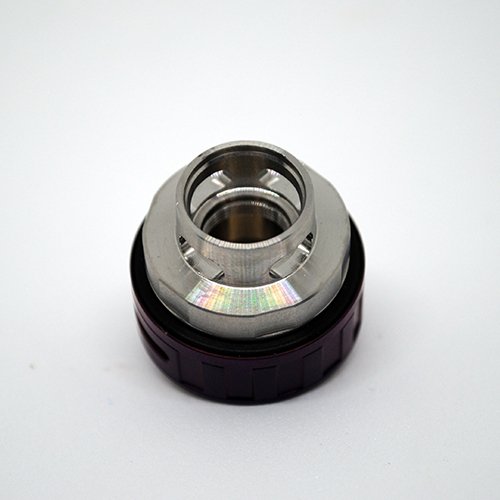 Lastly, for MTL vaping you have the option of using 0.70, 1.60, or 1.8ohm Aspire Nautilus coils. For this you’ll have to use the included adapter, which screws into the tank. Most MTL vapers will tell you that 1.5ohm or 1.8ohm are the perfect resistances for MTL vaping; Hellvape clearly know their target audience. Love it.

Flavor and clouds with the included standard coils are off the hook. At 70W with the airflow a third of the way closed, the 0.20 ohm mesh coils produced a clean and dense vapor. The clouds are nice and thick, and the taste is superb. Compared to the best sub ohm tanks currently available, the 0.20ohm coils deliver flavor that is just as good; maybe even better.

But this marvelous flavor comes at a price. As I mentioned a little earlier on, these 0.20ohm mesh coils are thirsty. So if you’re a heavy vaper like myself you’re going to find yourself filling up quite often. If you’re looking to save yourself some juice you can always purchase a higher resistance coil or use a lower wattage.

Coil life of the included coils has been above-average and I got just about two weeks out of the first coil before I had to replace it. Even near the end of the coils life, I didn’t have leakage from the airflow slots. 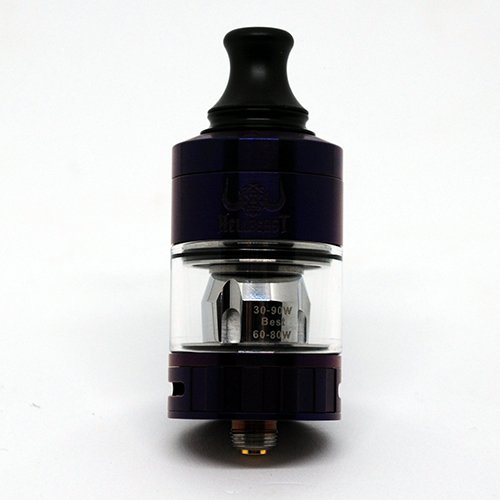 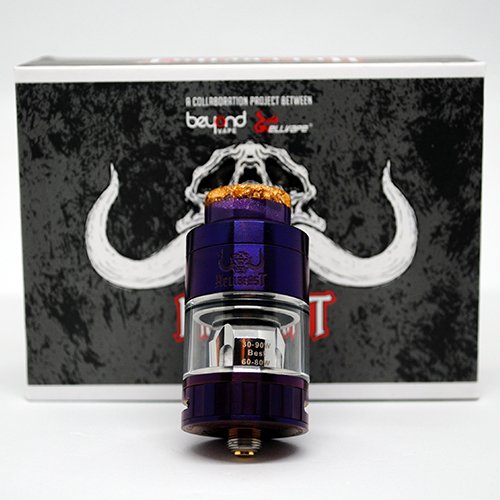 If you’re looking for a new sub-ohm tank, should you get the Hellbeast? I would say yes. The sheer variety of coil options for this tank is reason enough to buy it. You know that you’ll always be able to find coils no matter what shop you go to, and that’s a huge plus. In addition, the MTL conversion works flawlessly and makes the Hellbeast a dedicated MTL tank.

The Hellbeast is classy and stylish and stands out without being too in-your-face. While it does have a small tank size, it’s an otherwise great tank that doesn’t leak and delivers wonderful flavor.