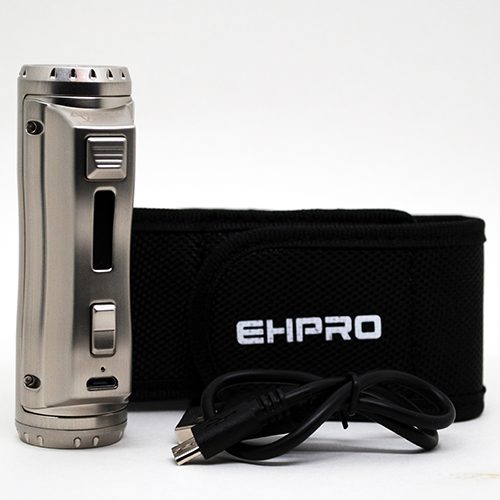 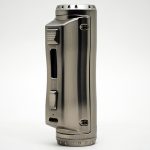 The Ehpro Cold Steel 100 is a single battery box mod that was co-designed by AmbitionZ Vaper. AmbitionZ Vaper is a popular Youtube vape reviewer so he definitely knows what makes a great mod. Apparently, he worked together with Ehpro to design this mod and from first impressions it looks pretty darn nice.

The Cold Steel 100 takes a single 20700, 21700 or (with the use of the included adapter) 18650 battery. It’s also got a lot more modes than I expected: Power, Bypass, Temperature Control, Variable Voltage and Custom Curves. And while the name might have you thinking that it only fires up to 100W, it actually goes up to 120W.

Is this mod as good as it looks? Only one way to find out.

The Cold Steel 100 is basically a tube mod but with a rectangular block jutting out from one side. My guess is that this is where the chip and all of the electronics are located. AmbitionZ Vaper is written right at the top of this rectangular portion just in case your forgot who designed it. This design is different from either a tube mod or a box mod and is instead a mix of the two. I’ll admit that at first I thought that it looked a little bit strange but the design has quickly grown on me.

One major reason I like it is that it’s really comfortable to hold. It just fits in my hand nicely and isn’t uncomfortable in the least. Also, whether you use your index or your thumb the fire button is in the perfect position to press.

It’s made out of a combination of zinc alloy, brass and stainless steel so it’s a bit on the hefty side. It weighs 178grams without a battery installed but the weight actually doesn’t bother me; it makes the mod feel a lot more solid and unbreakable. I haven’t dropped it yet but I think that it would probably survive just fine if I did.

In regards to its size, it’s a fair bit shorter and thinner than your average 60ml bottle of ejuice. I think that it’s the perfect size for a single battery box mod… Or is it a tube mod… Either way, it’s a nice size!

I’ve never reviewed a product from Ehpro so this is my first experience with their build quality and luckily it’s very good. The paint is holding up well and the entire mod feels well constructed and solid. Even the “COLD STEEL” embossing at the base of the mod is clean and concisely stamped. 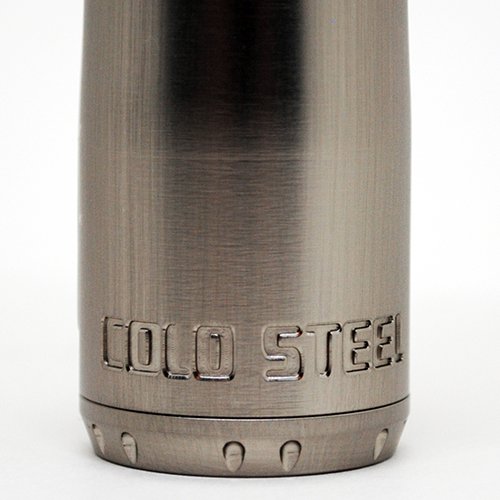 The 510 plate will hold up to 25mm tanks without overhang so it will be wide enough to fit the majority of atomizers. 26mm tanks will overhang by just a bit though.

There are only three buttons on the Cold Steel 100 and they’re located on the rectangular portion of the mod that sticks out from the tube. One is a fire button and the other two are for adjustments. The fire button wiggles a little but the adjustment buttons are pretty firm. They’re all very responsive though and work without issue.

I can’t find anywhere that lists the size of the OLED screen but it’s small. It’s a simple black and white screen but because it’s OLED it’s surprisingly bright and clear. It’s got basic vaping information like your mode, temperature/wattage, battery life, resistance, and voltage.

The Cold Steel 100 is a single battery box mod and will function with either a 20700 or 21700 battery. An 18650 battery can also be used by placing it in the included adapter. Of course, 18650’s generally have smaller battery capacities than 20700/21700 batteries so you’ll likely get less battery life. The threading for the battery cap is extremely smooth and turns easily. It’s the small things that count and this is one small thing that really speaks to the build quality of this mod.

As an added bonus you get a belt pouch included with the Cold Steel 100. It’s nice but I didn’t use it at all. Main reason being: you can’t put the mod in the pouch with a tank attached. It just won’t close. This is a huge drawback because no one is going to carry around the mod just by itself or take the time to remove the tank every time they want to put it in the pouch. It’s a nice accessory but unfortunately it’s not very useful. 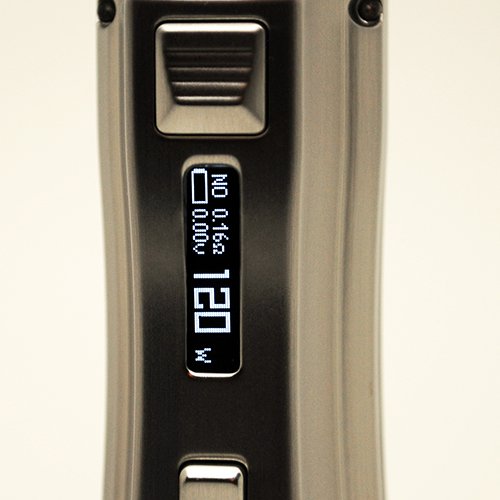 The Cold Steel has numerous modes: Power, Temperature Control, TCR, Bypass, Variable Voltage and Custom Curves. Although it’s called the Cold Steel ‘100’ it will actually fire at up to 120W.

On the main display, just above the battery indicator, there’s a small ‘NO’. I was slightly confused about what this meant until I went into the menu and selected Power mode. I realized that ‘NO’ stands for ‘Normal’ and that there are two other Power modes: soft and hard. Cool.

Selecting Temperature Control in the menu lets you select your material (Ni, TI or SS). It’s also here that you can access the TCR menu.

You get all of the modes that you would expect to get from a box mod so I can’t complain. There are no other settings though and no way to adjust the brightness or anything else.

Lock All Buttons: Hold both adjustment buttons together until the screen reads “Mod Locked”. This will lock all buttons, including the fire button.

Stealth Mode: Hold the fire button and both adjustment buttons. This turns off the screen and locks your settings and wattage. 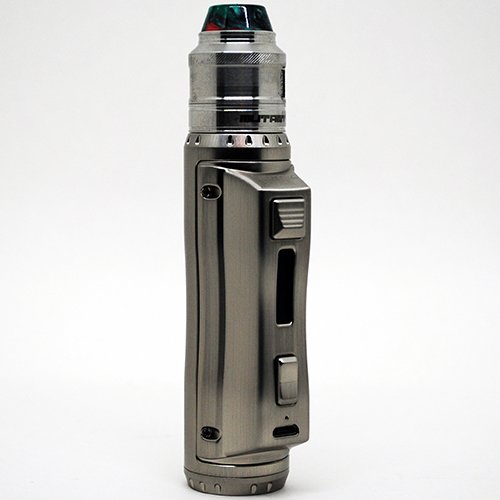 The Cold Steel 100 does everything you would want a mod to do and it does it well. When you press the fire button it fires instantly and without delay. It’s also been very dependable and has functioned without issue. I’ve been using it primarily in wattage mode on the normal setting and it feels like it fires accurately and at the wattage that I set it.

Battery life is what you would expect. Using it at 70W+ drained the battery fairly quickly but I still got about a half day of heavy usage. Firing at lower wattages (25-50W) allows it to last a good while longer; while using a MTL tank at 25W I managed to get nearly two days of use.

The Custom Curves mode is particularly nice. You can configure three different curves to your liking so that you can switch between them whenever you like. I used this mode a bit and had fun playing around with different curves. 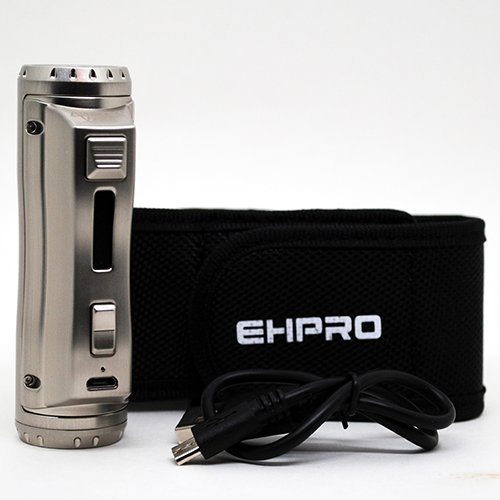 I like this mod a lot. It’s a dependable and well built device with a nice and unique design. You also get all of the modes that you would expect from a box mod. Battery life is decidedly average for a single battery device though so you’ll get the best use at low-mid wattages. It’s nice that it can go up to 120W but it dies extremely quickly if used at high wattages.

Have you used the Cold Steel 100? Drop a comment and let me know!