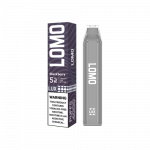 When it comes to ease of use and maintenance, it doesn’t get more convenient than a disposable vape. You just take them out of the packaging, remove the rubber bungs, and you’re ready to vape. This convenience has made disposables extremely popular, with many companies jumping into the market to get their slice of the pie. The market is extremely competitive but if the specs are right, there’s always room for another device.

The LOMO Lux is a new disposable vape with a massive 10ml capacity that will provide approximately 4000 puffs. It comes prefilled with 5% (50mg) nicotine salt eliquid and is available in 12 flavors. It has a 650mAh battery that is rechargeable using USB Type-C charging.

In this review I’m going to go over the LOMO Lux and give you all the details. There are lots of disposable vapes out there — is it worth picking this one up?

These disposables were sent to me from LOMO for the purpose of this review. This does not in any way affect my opinion or ratings.

LOMO Lux disposables set themselves apart from other disposable vapes on the market with their massive 10ml ejuice capacity. This can provide up to 4000 puffs from a single device which is just crazy for a disposable. The trade off here is that these are much bigger than your typical, 2-5ml capacity disposable — a lot bigger.

The LOMO Lux is similar in size to a single battery vape pen. It’s large and chunky, so it’s not as portable as other disposable vapes. You definitely can’t take it around as easily and you will notice that it’s in your pocket. 10ml of ejuice is equivalent to 3 or 4 “standard” disposables and that’s about the size of the LOMO Lux.

The design is another thing that sets the LOMO Lux apart from its competitors. It has a clear outer shell, and a colored inner shell that matches with the flavor. According to LOMO, this is double injection modeling which has better quality and improved aesthetics.

After using these for a few weeks and examining them closely, I don’t have anything negative to say about the design or build quality. The design lines on the shell are clean and the overall finish is free of any defects. I also like the simplicity of the design. There isn’t a lot of branding or wording printed on these, just enough that is necessary. One side has LOMO and a small LUX logo underneath it. The other side has the flavor printed.

The mouthpiece is rounded and slopes to get narrower towards the tip. It’s relatively wide so it feels comfortable to vape on. On the opposite end of the disposable is a Type-C charging port and a white LED. The LED isn’t too bright in the dark, but considering the size of the Lux, it’s not a very discreet device anyhow.

LOMO Lux disposables come in 12 flavors. These are mostly non-mentholated fruit flavors, but they have a few with menthol as well. I was only sent three of the twelve flavors for testing, but hopefully this will give you an idea of what they have to offer and their general performance. The three flavors I received are: Kiwi Guava, Pina Colada, and Spearmint. 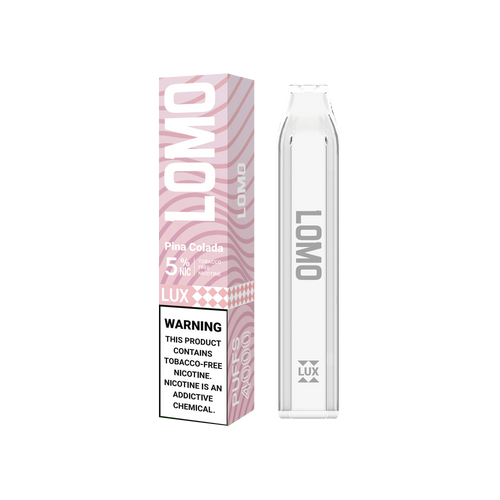 Pina colada is a hard flavor to get right but I think that this one is expertly done. The prominent note of pineapples is strong and authentic, with notes of coconut and rum complimenting it nicely. The alcohol note really comes through on the exhale and it’s done really well, better than most pina colada flavors that I have tried. 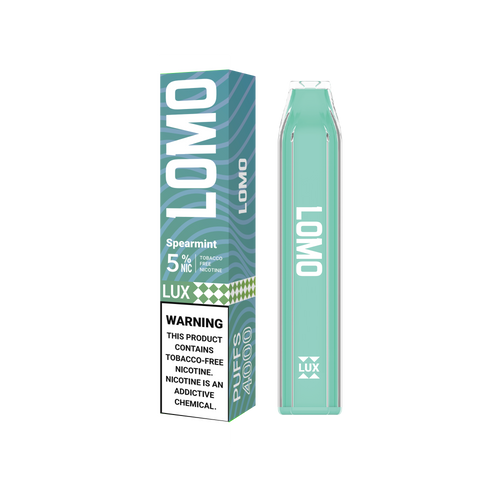 If you like spearmint gum then you’ll love this flavor. It’s not just spearmint or gum, but actually tastes like you’re chewing on a stick. The cooling is nice and mild; enough to cool a little but not a blast of ice in my mouth. It’s sweet too, like a stick of gum would be. Even if you don’t like menthol, this is still a great flavor that I think everyone can love. 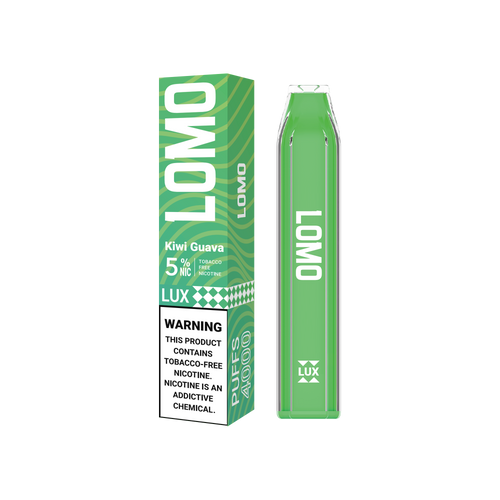 Guava is the main flavor that I get on the inhale, followed by the kiwi that comes through on the exhale. It’s perfectly sweet, to the point that I just keep drawing on it for more. This is my favorite flavor of the three that I was sent. There’s also a little bit of cooling menthol but it’s subtle. I think that the Kiwi notes could be more prominent, but overall it’s a tasty flavor. 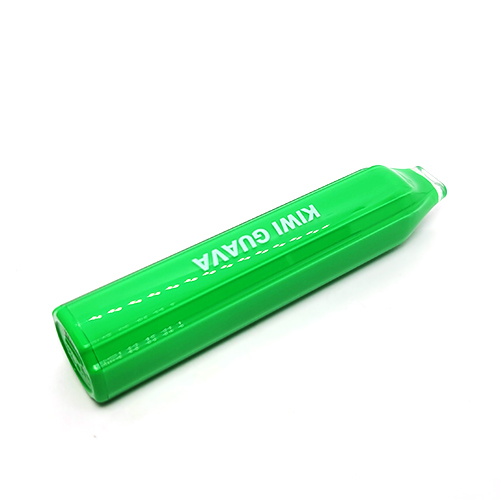 LOMO Lux disposables are prefilled with 5% (50mg) nicotine salt and I really feel it when I take a few draws. These are ultra satisfying and deliver a good amount of nicotine with each draw.

For someone that is trying to make the switch to vaping, these are perfect. You definitely won’t feel like you’re not getting enough nicotine, that’s for sure. However, for casual vapers I think that these might be too good. I found myself having to take a break after a few puffs and I vape a lot. The draw is also really smooth. These produce a lot of vapor with each puff, but I never had a harsh or rough draw.

Although these are big and look like they would give a DL draw, they actually give a nice tight MTL vape. It’s not too tight where you have to struggle to draw, but a nice medium that is pleasant to draw on but still similar to puffing on a cigarette.

You can expect to get a few hundred puffs out of a single charge, somewhere around 500-600 puffs. I never reached the 4000 puff mark on any of my units so I can’t say for sure that these get up there, but my kiwi guava unit is still going strong after 1500+ puffs with no noticeable change in performance or flavor.

All of my disposables have had no performance issues at all. They haven’t leaked or spitback, nor have they malfunctioned in any way. The box for each disposable had a QC stamp on it, which is a good sign that these have been checked before they left the factory. It looks like their QC is pretty good too, judging by how well these have performed.

Although I only tried 3 of their 12 flavors, these are good disposables. They are much larger and much less portable than typical disposables, but the benefit is that you get much longer use out of a single disposable. And since these go for just $9.99, the cost-benefit is huge; I don’t think that there is a better value disposable out there right now.

Keep in mind how well these deliver nicotine, though. Casual vapers may find these to be too strong. On the other hand, those making the switch to vaping will find that these will more than satisfy their nicotine cravings.

They look good, they perform great, and the flavors are awesome. Have you tried the LOMO Lux disposable? Leave a comment for me below.