Home » Reviews » Lost Vape Q-Ultra Review: Is This The Orion To Get?
Pod Vape ReviewsReviews

Lost Vape Q-Ultra Review: Is This The Orion To Get? 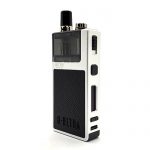 The Lost Vape Q-Ultra is the latest device in Lost Vape’s highly popular Orion series. I’m a little late on reviewing the Q-Ultra as it’s been out for a few months now, but better late than never right?

The Q-Ultra is different from both of these devices. It’s from Lost Vape’s lower-end ‘Quest’ line so it does not use a DNA chipset, but it does have adjustable wattage up to 40W. The Q-Ultra also uses replaceable coils.

Is the Lost Vape Q-Ultra an Orion worth picking up? Let’s find out!

This device was sent to me by Lost Vape for the purpose of this review. 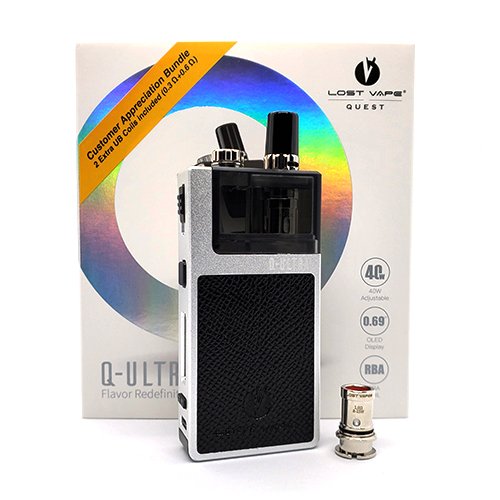 There’s no mistaking the Q-Ultra for anything other than an Orion device. Not too much has changed from its predecessors and it looks basically the same as other devices in the Orion line. If you’ve used an Orion device in the past, the general design of the Q-Ultra is nothing new.

The Q-Ultra comes with one of six panels. These aren’t as nice or as high-quality as the panels on the DNA GO or Orion DNA Plus, but that’s almost to be expected seeing as the Q-Ultra is part of Lost Vape’s lower-end ‘Quest’ line. I received the “Leather Black” panel for this review and it looks just okay. There’s no mistaking this panel for real leather — it looks and feels tacky.

Even though it’s bigger, the Q-Ultra is still ultra portable. It’s a relatively small device and it only weighs 90g.

This lightweight is mainly because the Q-Ultra uses plastic in its frame and for its buttons. There’s a plastic strip that runs down the side and along the bottom of the Q-Ultra. I didn’t mind it when I first saw it, but when I went to push the pod into place I noticed a clicking sound. This clicking was coming from the plastic strip which is loosely held in place by a few clips. Not good.

A week later I decided to take the plastic strip off completely to inspect what was underneath. When I did, I was shocked to see a ton of ejuice pooled under the strip. I removed the pod and sure enough, it looks like ejuice leaked through the bottom of the pod and travelled all the way down through the device and pooled on the plastic. Yikes. Currently my Q-Ultra is still working fine, but for how much longer is the question.

The buttons on the Q-Ultra actually feel really good. They have good throw and are firm but still easy to push. The 0.69” screen is bright and clear but it looks like it belongs on an older device.

Overall I’m not impressed by the build quality on the Q-Ultra. Again, it’s part of the cheaper ‘Quest’ line but I expected it to be much better built. 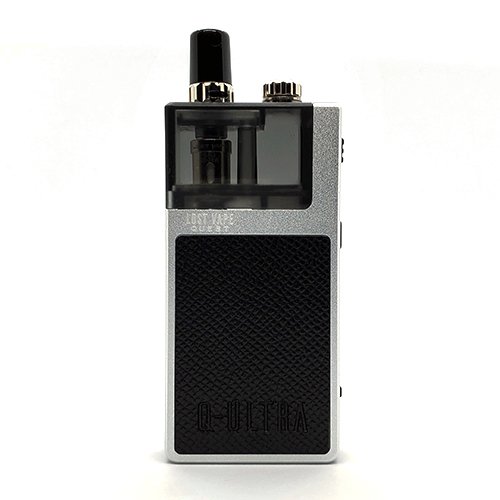 The airflow control is located on the pod just underneath the drip tip. The airflow is easy to adjust but stays where it’s set.

The draw from the Q-Ultra depends on which coil you use. Included with the package is a 1.0ohm MTL coil and a 0.6ohm DTL coil.

How to Use the Q-Ultra 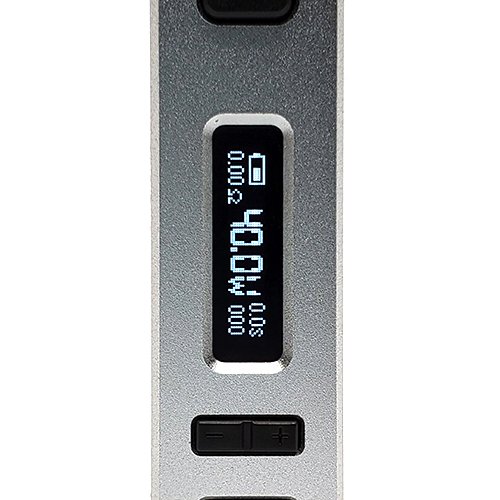 The Q-Ultra is the first Orion device to feature a screen and truly adjustable wattage. Instead of the 3 or 5 power levels on the DNA GO and Orion DNA Plus, the Q-Ultra can be set anywhere from 5-40W. There are two small buttons that are used to adjust the wattage.

There are just a few button combinations to be aware of:

That’s all there is to it. The Q-Ultra does not use the DNA GO chipset so it cannot be modified through Escribe.

The pod clicks into place and can be released by using the switch on the side of the Q-Ultra. It sits firmly in place with no wiggle when installed. The pod has a very light tint but it’s essentially clear. It’s no problem to see how much ejuice is inside of the pod.

This pod can hold up to 4ml of ejuice. Refilling is simple. Unscrew the metal cap on the top of the pod to reveal a large, round fill hole. This fill hole is big enough to fit any size or type of bottle without a problem.

The Q-Ultra comes with two coils:

You can also purchase separately a 0.3ohm coil and an RBA coil. I did not manage to get my hands on the RBA but I did get a 0.3ohm coil to test out. 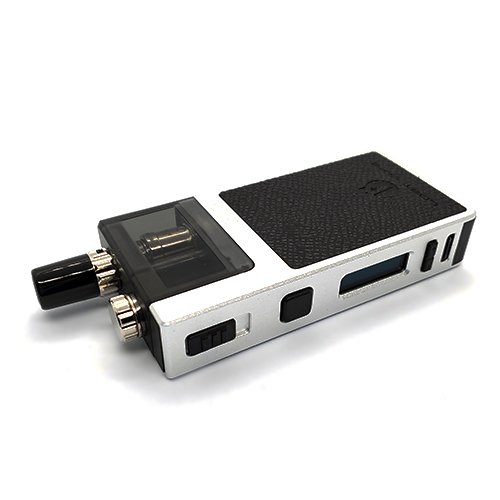 The 0.6ohm mesh coil comes pre-installed in the pod. This coil is best used with regular nicotine ejuices, although I did vape some lower strength (20mg) nicotine salt ejuices with it just fine. Flavor is very good from this coil. It’s a nice vape at 25W and the DL draw is good, too.

The 1.0ohm coil is for MTL vapers and it’s a good coil. Even high strength nic salts work good in this coil. I vaped at the higher end of the recommended wattage for lower strength nic salts and towards the low-mid end for higher strength ones. For a regular round wire coil, the flavor is good and I don’t mind using it at all. Unfortunately, this coil only lasted a week before it started to taste off and burnt. I never pushed it past the wattage limits and I always had ejuice in the pod.

In addition to the two included coils, I also got sent the 0.3ohm coil to try out. This coil is a mesh coil and it’s rated for 30-40W. Performance is similar to the 0.6ohm coil with a direct lung draw and warm vapor full of flavor. This coil is meant exclusively for regular nicotine ejuices so that is what I vaped with it. I don’t suggest nic salts for this coil.

I mentioned this earlier but I’ll mention it again because it’s also a performance issue: 50/50 ejuices leaked a lot with the 0.6ohm coil but I didn’t have this issue with the 1.0ohm coil or 0.3ohm coil. It could just be that the coil was bad but I’m not sure. Either way, it was not a fun experience to find that ejuice travelled through the Q-Ultra and down to the bottom of the device.

The Q-Ultra has a lot of attractive features over other Orion devices. It’s lightweight, has a large 4ml pod capacity, and it has a screen with adjustable wattage. Flavor is also very good. But at the end of the day, the pros for this device are far overshadowed by the cons. The poor build quality, leaking, and short coil life that I experienced with the 1.0ohm coil make this a hard device to recommend.

If you’re really sold on the Orion line of devices, get yourself an Orion Plus instead. It’s got much better build quality, it’s smaller, and the replaceable coils it uses are amazing. The Q-Ultra just isn’t up to par with better AIO devices.

Let me know your thoughts on the Q-Ultra.