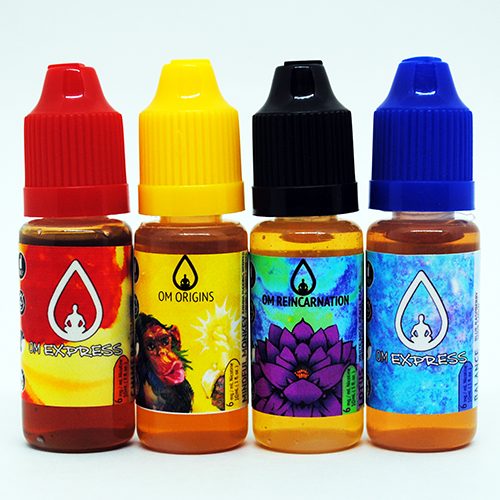 NOTE: Unforunately, it appears that Om Vapors has gone out of business and is no longer selling their ejuice. However, there are still plenty of great ejuices out there. Check out our list of best ejuices to find your next all-day-vape.

Om Vapors are an ejuice manufacturer who carry a ton of different flavors. They’ve got alcohol flavored ejuices, fruit flavored ejuices, dessert flavored ejuices and more. But while their flavor profiles are certainly some of the most interesting and varied that I’ve seen, there’s one thing that really sets them apart: none of their ejuices contain any sweeteners.

Whoa! No sweeteners? At all? Yep, you read that right. In a day and age where a lot of fruit and candy ejuices are so sweet that you’ll have to see the dentist after vaping, these ejuices are sweetener-free. That in itself is… pretty sweet.

The vast majority of Om Vapor’s ejuices come in a 70/30 or 75/25 VG to PG ratio and are available in 0mg, 1.5mg, 3mg or 6mg nicotine strengths. I was lucky enough to have Om Vapors send me down four of their most popular ejuices to try out and share my thoughts.

Can these ejuices really taste good without added sweetener? I vaped them to find out.

Om Vapors was founded in 2014 with a focus on creating quality ejuice that doesn’t break the bank. All of their e-liquids are mixed and bottled in a 400 square foot, clean laboratory environment and they only use flavors sourced from the United States and Europe.

They carry a few different lines of e-liquids like Om Express, Om Chillers, Om Origins & Reincarnation & to name a few. Om Express is where you’ll find their most popular ejuices in 120ml bottle sizes. Om Chillers are for the menthol lovers out there while Om Origins and Reincarnation are where you’ll find some of their most popular dessert and fruit ejuices.

For this review I was sent four of Om Vapors ejuices: Chimera, Mindful Monkey, Lotus and Balance. I used my Augvape Occula RDA wicked with Cotton Bacon Prime to ensure the most flavorful experience possible. 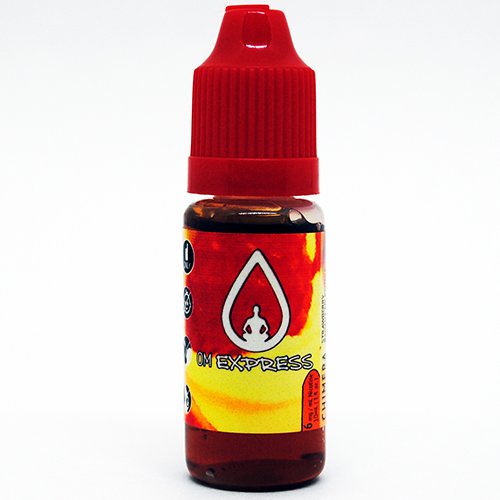 If you like strawberry banana milkshakes then you’ll like this ejuice for sure. The flavor isn’t too overwhelming or strong. It’s sweet but not too sweet as to make you sick.

The Strawberry is definitely the star of this ejuice and you taste it straight away on the inhale. Unlike a lot of other more “chemical” tasting strawberry flavors, this one is totally different. It’s more like a real strawberry flavoring. Instead of coating your mouth with sugar it’s got the sweetness of an actual fruit. It’s lovely.

On the exhale is where you start to taste the banana, however it’s not very strong. The strawberry and banana mix together on the exhale and you almost taste them one after another. I do wish that the banana was a little bit more powerful but it’s still a tasty vape.

For the first of the four ejuices, Chimera sets the bar pretty high. This could definitely be my all-day-vape. 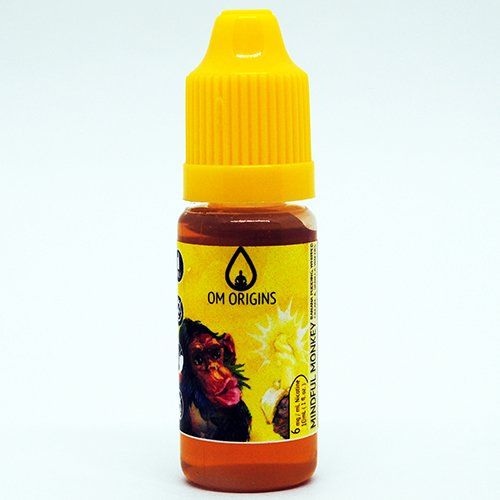 There’s very few things I like more than a good Banana Pudding so this ejuice was practically calling my name! Mindful Monkey has a very natural banana flavoring to it; it’s one of the most accurate and realistic banana flavors that I’ve had.

The inhale of this flavor is a blast of bananas and light whip cream. It’s a smooth and pleasant inhale that just makes me want to chain-vape this stuff! The thick, milky taste and texture of a real banana pudding is very accurate recreated here. I don’t know how they managed to do this but it’s great.

After the inhale, I was wondering where the vanilla wafers were. About this same time is when I exhaled and tasted the vanilla wafers coming through! The flavor is very mild but nonetheless still present and adds a nice touch to the ejuice. 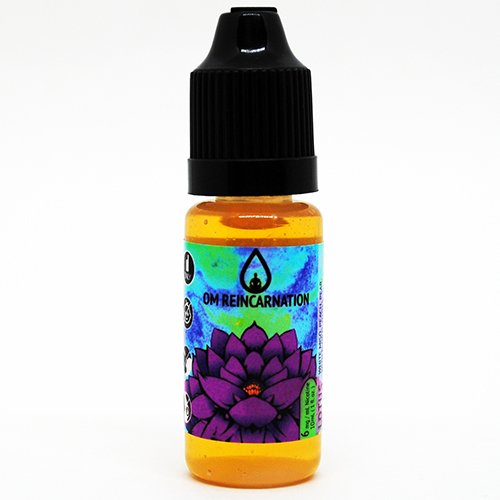 Lotus is my favorite e-juice of the bunch and it’s a combination of pear, apple, peach and miso ice cream. But before I tried this ejuice, I wasn’t even sure what Miso was. I looked it up and apparently it’s fermented soy beans and salt which surprised me because this ejuice isn’t salty at all. Miso is a hard flavor to describe but along with the pear, apple and peach flavors it makes an amazing ejuice flavor.

On the inhale you get an earthy flavor which is the miso, mixed with pear and peach. Apple isn’t as powerful as the others in this flavor but it’s a nice mix. The fruity flavors blend together very well but you can somehow still taste the individual fruits at times. It’s really something different.

The exhale on Lotus is very similar to the inhale but I did taste a creamy note. I believe this is the ice cream in the flavor. It’s very subtle though. Overall, 10/10. I’ll definitely buy more when my review supply runs out! 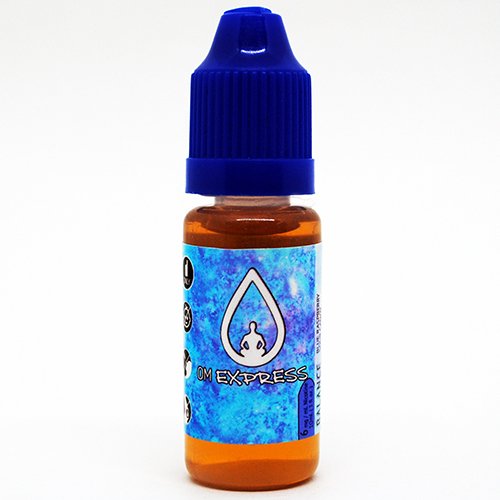 This blueberry & raspberry flavor is the bomb! It’s a not too sweet, not too tart mix of blueberries, raspberries and sour candy. It’s just the right balance of sweet and sour. This one isn’t too far behind Lotus in my book of favorites.

On the inhale you taste sweet blueberries and raspberries. There’s a hint of sour notes that mixes in during the inhale and it’s really nice. The flavor really pops!

The exhale is just as sweet as the inhale but with more of the sour flavor and raspberries shining through. This mix is one of the best sour blue raspberry flavors I’ve tried because it doesn’t make you want to screw up your face; it’s just sweet and sour enough to be just right.

I’m pleasantly surprised by how good these ejuices are. It just goes to show that you don’t have to buy “premium” ejuices and pay an arm and a leg in order to get great tasting flavors. It also makes me wonder why so many other ejuice companies put so much sweetener in their ejuices.

If Om Vapors can make ejuices taste this good without sweetener, why isn’t everyone else doing it? These ejuices were a lot easier on my coils and didn’t gunk them up as fast which is a big plus. I think that if I only used these ejuices, I could probably squeeze an extra few days out of my coils and cotton. Over time, the time and money saving really add up, especially if you’re using a sub-ohm tank.

If you’re looking for your next all day vape, definitely check these guys out. I only got the chance to try four out of their many flavors but I’m sure that the rest of their line must be just as good.

Have you tried Om Vapors? Let me know your thoughts down below.