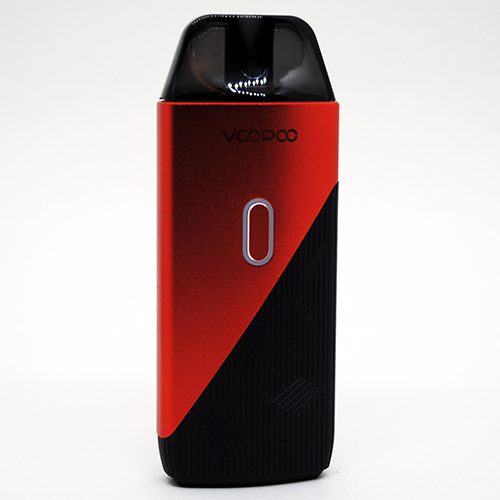 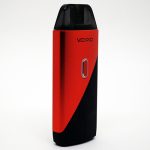 Pod vapes are all the rage right now and Voopoo knows it. They’ve already had massive success with their box mods like the Drag 2 and Drag Mini. Now they’re looking to corner the pod vape market.

Voopoo have just released the Find S Trio, a small but powerful pod vape with an interesting design. It’s got a 3ml pod capacity, comes with two different coils and packs a 1200mAh built-in battery. It’s advertised as a DL and MTL vape but we’ll see how it really performs.

This device was sent to me by Vaporl for the purpose of this review. 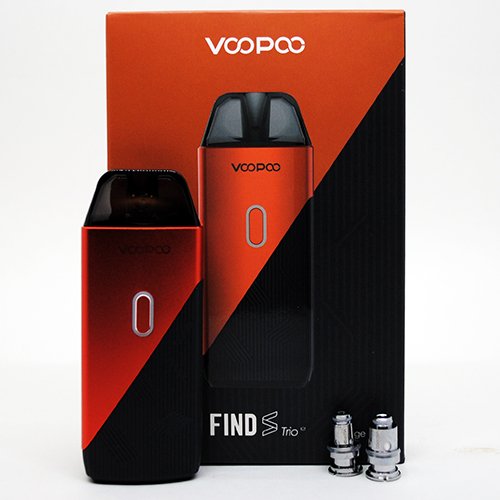 The Find S Trio is a good size for a pod vape. It’s 92.2mm tall, 35.9mm wide and 17mm thick. It’s also quite light as it weighs just 60 grams. If you slip the Find S Trio in your pocket, you might forget that it’s even there (this happened to me a few times).

The first thing I noticed about this device is its design. It’s got a diagonal split separating the top and bottom halves of the device. The top half is made of aluminum alloy and the bottom half is made of plastic. The Voopoo logo is near the top of the device on the aluminum half while the plastic half has a series of ridges and smaller design lines. I don’t think everyone is going to like the look but I think that it’s interesting.

The ridges in the plastic also help with grip. The aluminum top portion is a little sleek so the ridges make it alot easier to hold. Generally, it’s a pretty comfortable device to hold and vape with.

There’s only one button and that’s the fire button. It’s in the middle of the device, more near the top. It’s in a comfortable position to reach with your thumb and it’s sturdy, too. It wiggles a bit but not anything to complain about. It’s certainly not what I would call “loose”.

Surrounding the fire button is an LED ring. It lights up whenever you push the fire button and the color indicates your battery level. I’ll get into this in more detail in the battery section.

The pod on the Find S Trio is just on the verge of being too darkly tinted but you can still see your ejuice with a bit of strain. They could have made the pod just a little bit lighter. On the bright side, it holds 3ml of ejuice. It’s not the 6.5ml capacity of the Horizontech Magico but it’s still a decent size.

The pod has a slight curve on both sides so it’s pretty comfy on the lips when you’re taking a draw.

The pod slips into the top of the device and it’s held in place by two pretty strong magnets. The pod wiggles a little bit when it’s seated but only if you try to move it around. Otherwise, the magnets hold it firmly in place and it’s secure enough that it’s not going to fall out on its own.

There’s a rubber stopper on the bottom side that you pull out to fill the pod. The rubber plug is pretty deep and stops any ejuice from escaping. I haven’t had any leaking from the fill port so that’s definitely a good sign. The hole is actually more of a square shape but it’s nice and big. I fit all sorts of nozzles and droppers in there and filled it up easily. 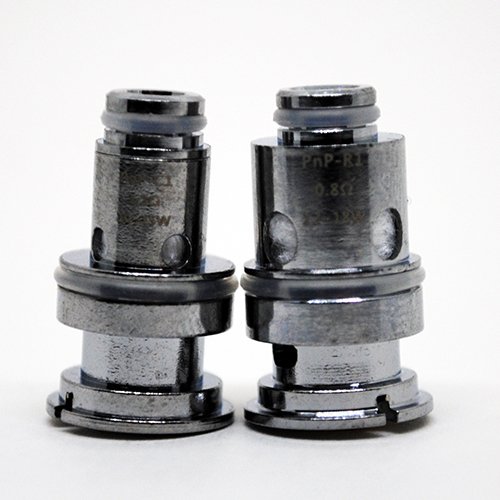 There are two coils included with the Find S Trio:

I’m assuming that Pnp stands for “plug n play” because that’s exactly how the coils work. Instead of having to screw them into the base of the pod you just push them in. It’s really simple to insert or change the coils and they stay in place securely once they’re installed.

According to Voopoo, the 0.8ohm coil is a regular coil meant for direct to lung vaping while the 1.2ohm ceramic coil is meant for nicotine salts and MTL vaping. In my experience though, they can both be used for nicotine salts. They’re also both more of a DTL draw and not really a MTL vape.

Voopoo say that the Find S Trio can be used for either DTL or MTL vaping, but I didn’t find that to be the case at all. No matter which coil I used, I got a strict DTL airy draw. I could maybe even consider it a slightly restricted DTL draw but it’s definitely not a MTL experience.

There’s no airflow control on this device so you’re stuck with the DTL draw that it gives. If you’re looking for a MTL device then I would look elsewhere.

Speaking to the positives though, it’s a very smooth draw and it’s nearly silent too. There’s no crackling or spitback and it’s quite pleasant to vape on. 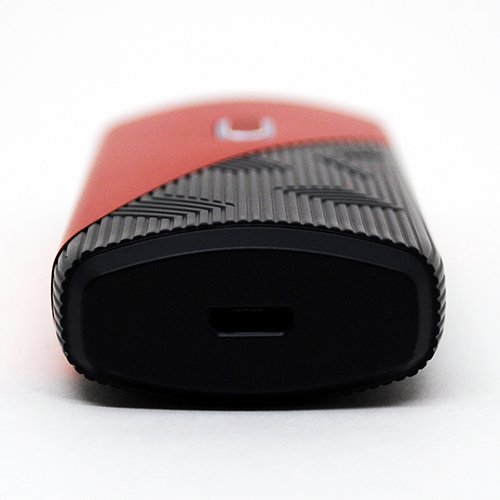 Battery life is a big pro for the Find S Trio. It’s got a 1200mAh built-in battery and it charges through micro-USB. The LED ring around the fire button lights up every time that you take a draw and the color indicates your current battery charge level. There are three colors:

The battery on the Find S Trio lasts for a very long time. I got three, almost four full pods before I had to recharge. When the device is completely dead the red light will blink and it will then refuse to fire.

Charging times are also pretty quick. It takes just about an hour to recharge the device back to full battery. Unfortunately, it doesn’t have pass thru charging so you won’t be able to vape on it while it charges. 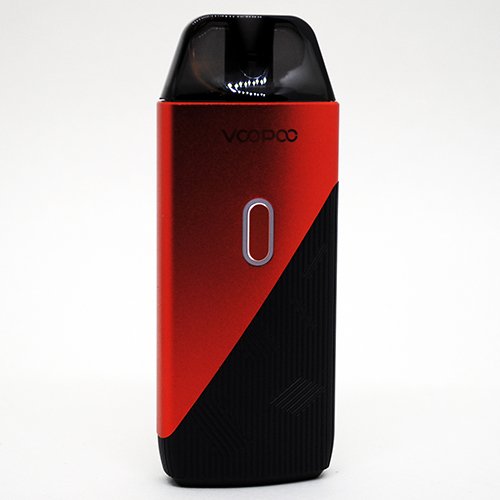 As I mentioned a little earlier, the Find S Trio is a DTL device. No matter which coil you use, it’s not going to give you a MTL draw. It’s a pretty airy draw but it’s still nice to vape on. I personally don’t mind the draw at all.

I used a 70/30 pg/vg ejuice with the 0.8ohm coil and the flavor production is impressive. It’s noticeably better than your average pod vape. You can taste most of the nuances in your ejuice but it’s still not on the level of an RDA, although I would place it close to some sub-ohm tanks. This coil lasted me a good seven days and then I switched it for the other coil. I do think it could have lasted longer though because the flavor was still pretty good.

The 1.2ohm ceramic coil is very similar to the 0.8ohm coil, but I think it’s just a hair better. I used a 60/40 nicotine salt ejuice and the flavor just popped a little more with this coil and felt more full. However, this coil didn’t last very long in my testing. I’m not sure if it’s just a dud that I got but after only 4 days of use, the coil started to really lose flavor. By the seventh day, I didn’t even feel like it was worth vaping it any longer. Bummer.

Neither coil gave me any trouble with wicking. I took long draws as well as one draw after another trying to push the coils to their limits but they still passed with flying colors.

Voopoo have got it right with this one. If direct to lung vaping is your type of draw then you’ll certainly be happy with the Find S Trio. The 1200mAh battery lasts for a very long time and it charges quickly as well.

Both coils are great and wicked without issue but the 1.2ohm ceramic coil just didn’t last very long for me. I might have just got a dud coil but I can only speak from my experience.

What do you think about the Find S Trio? Leave a comment and let me know!