Home » Reviews » Posh Plus Disposable Review: Should You Buy Them?
DisposablesReviews

Posh Plus Disposable Review: Should You Buy Them? 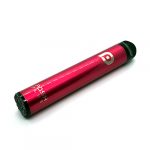 Posh Plus disposables are a smaller and more compact version of the Posh Plus XL. Each Posh Plus is filled with 2ml of 6% (60mg) strength nicotine salt eliquid and houses a 450mAh battery. They come in 13 different flavors, most of which contain some level of menthol or cooling agent.

Like other disposables, these come ready to vape out of the box. Just remove the silicone caps and draw on one to vape. This simplicity and ease of use makes disposables an attractive option for new vapers and those looking to start vaping alike.

For this review I was sent 11 Posh Plus disposables to test out. I’ll go over their general design, the flavors, and how they perform which should hopefully give you an idea of if they’re worth the purchase. 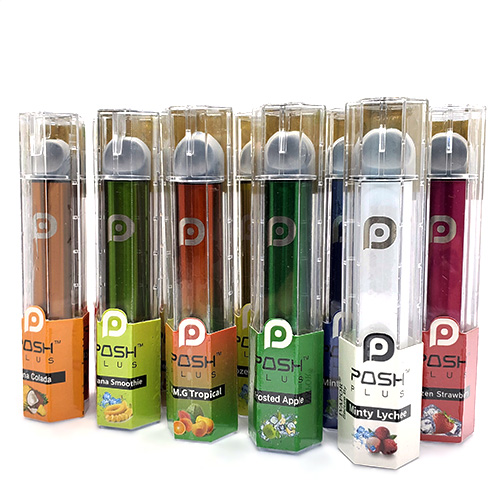 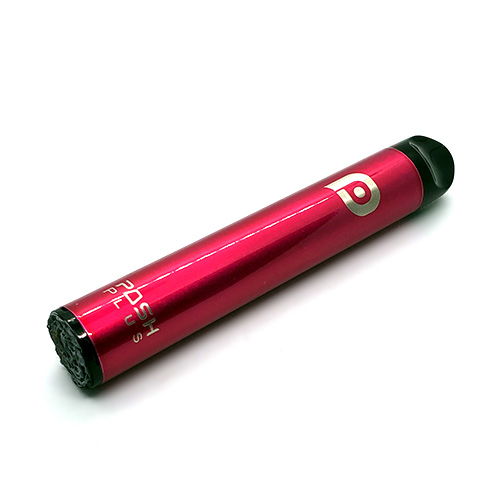 Each Posh Plus disposable is about the same size as other disposables at around 90mm in height. But instead of your standard flat rectangle body, these have a cylindrical aluminum body that is 14mm in diameter. This round shape means that they take up more room in a pocket or bag but they’re still easily portable. I have had no trouble carrying a few of these in my pocket at the same time. I also found that the round shape is more comfortable to hold and the round mouthpiece is also more comfortable to vape on.

These don’t weigh a lot and are in fact so light that they feel a little bit cheap to me. These are disposables though, not pod vapes meant to last more than a few hundred puffs. Still, other disposables that I’ve used feel more solid and balanced.

Despite their feel, they’re actually quite well made. The aluminum shell has a nice finish and the color matches the flavor for easier identification. I still had a tough time telling which one I was picking up though because other than the color of the shell, there’s no flavor indication. Some of the colors are also very similar to each other which makes it even more difficult. It would have been nice if there was some small text with the flavor on each one. If you have a lot of them it can turn into a guessing game.

Unlike the Posh Plus XL, these don’t come with a cap for the drip tip. That’s a shame because it worked great for stopping lint and dirt from getting into the mouthpiece. On the other end of the disposable, the bottom is designed to look like the end of a cigar. It also lights up red when you take a draw. If you’re vaping these somewhere dark, other people might think that you’re just having a cigar. 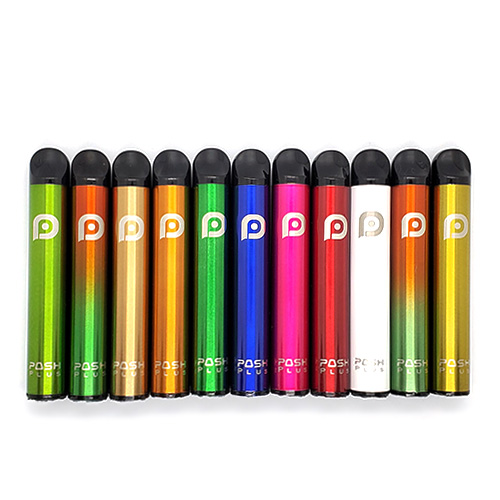 Posh Plus disposables come in 13 flavors which are available only in 6% (60mg) nicotine strength. The majority of these flavors have an ‘ice’ component to them so if you’re not a fan of ‘cooling’ vapes, no need to read any further — these are likely not for you.

I was sent 11 flavors for this review. Unfortunately, 2 of these didn’t work out of the box; Frosted Apple and Minty Lychee (the two that I was most looking forward to trying!). Two out of eleven is nearly 20%, or 1 in 5. That’s way too high of a percentage for disposables to be DOA. In any case, I’ll go over the remaining 9 flavors that worked.

I’m starting with my favorite first, Pina Colada. I was expecting this to be super sweet but it’s not. It’s more of a mellow vape that you can vape on all day, with enough sweetness to still taste good and be enjoyable. There’s a touch of menthol but not a lot. Definitely tastes like a pina colada but again, it’s not very strong.

This is another one that I really liked, but it’s a bit weak. I can’t put my finger on any one flavor but it’s a tasty, fruity mix. I think I taste guava but other than that I’m not sure. It’s a nice tropical fruit mix that tastes natural and not candied. This is one of the few flavors that has no menthol.

This Orange Mango Guava (O.M.G) and it tastes similar to the mixed cocktail but I can taste the individual fruits a bit better. The flavor isn’t very strong though. Guava comes through on the inhale and orange and mango follow it on the exhale. No menthol in this flavor. Pretty good overall.

Watermelon paired with menthol, a tried and true combo. It’s a good combination of sweetness and mintiness with a slightly candied watermelon taste. This flavor is consistent from inhale to exhale with the watermelon and mint coming through equally for both.

Yes, you read that right. Not creme brulee, but cream brulee. Either way, I don’t like it at all. I seem to be in the minority too, because the reviews seem to be overwhelmingly positive. I find it too rich and it makes me feel sick if I vape on it for more than a few pulls. Super creamy and buttery; too much for my taste.

Sweet mango mixed with a strong menthol. The mango isn’t super strong, but it does have an authentic ‘ripe’ taste to it. It’s sweet and tropical and the menthol pairs well with it. Overall it’s an okay mango flavor.

This flavor has some of the strongest menthol of the bunch. It’s really cold! The banana flavor is really weak though. I can still taste it, but it’s not as upfront as I would expect it to be for a banana smoothie. If you want menthol with a hint of banana, this is the one!

Every disposable needs a strawberry and menthol flavor and for Posh, this is it. Like the other flavors, the flavor isn’t very strong but it has a nice strawberry taste that is more natural than candied but there’s a bit of candying here. The menthol is mild but noticeable. Not the best strawberry menthol flavor out there but it’s decent.

Minty Berry is the strongest flavor of the lot. Blue raspberry and blueberries come through quite strongly with menthol in here as well. This is one of the better flavors as the taste isn’t weak and you can actually taste the strong fruity notes. It’s slightly candied and sweet, but it makes a good all day vape. Very good flavor. 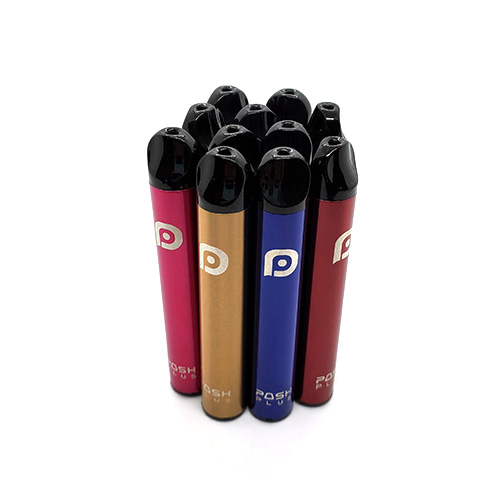 As I mentioned in the previous section, two of the eleven flavors that I received didn’t work so that’s a bummer. Not something I like to see and I’m sure that you wouldn’t appreciate having 1 out of 5 of your disposables show up and not work. The Posh Plus is going to lose points here for that.

When they work, they’re okay. The draw isn’t very strong so I found myself having to take longer draws in order to get a good throat hit. If you puff on these like that too frequently they can’t wick fast enough and you’ll end up prematurely burning out the coil, resulting in a burnt taste. I ended up doing this to a few of these so I didn’t even get to use them out. It’s surprising that the draw is so weak, especially since these are 60mg (6%) strength.

The tightness of the draw is something that these have going for them. It’s a tight mouth to lung that is actually right how I like it, but the weak draw makes it hard to enjoy vaping on these without a backup vape. The draw activation also works well and doesn’t require pulling too hard to get it to activate.

With all of that being said, these perform much differently from the Posh Plus XL’s. Those had a strong draw and a nice throat hit without having to pull too hard. It’s crazy how different these two are, seeing as they are made by the same company.

Posh Plus disposables are small and portable but they miss the mark on a lot of other things that make a disposable great. The flavors are good, but most of them could be much stronger and more pronounced. The draw is also weak, and as a result the throat hit and satisfaction of using them takes a huge blow.

The only positive I can see here is if you find other disposables too strong, these could be perfect. But if you’re looking for a new disposable with a strong throat hit and strong draw, pass on the Posh Plus.