Uwell Aeglos P1 Pod Mod Review: Is the P1 an A1 Device? 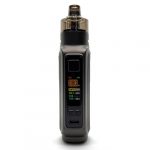 Most vapers will be familiar with Uwell. They make the Caliburn series of devices which includes the well-liked Caliburn G and Caliburn Koko Prime. They’re also responsible for a number of great sub-ohm tanks. Uwell is a big name in the vaping world, and their products have seen immense success overall so it’s always interesting to review one of their devices.

The Aeglos P1 is a single 18650 battery pod mod that can fire up to 80W. It’s similar to other pod mods like the Voopoo Drag X Pro and Lost Vape Ursa Mini; it has a proprietary pod tank that attaches magnetically and it cannot be used with other 510 threaded tanks.

The selling point for these types of devices is that they’re supposed to be easy to refill, simple to swap coils, and straight-forward use, while still providing good flavor. Has Uwell accomplished this with the Aeglos P1?

This device was sent to me by Vapesourcing for this review. 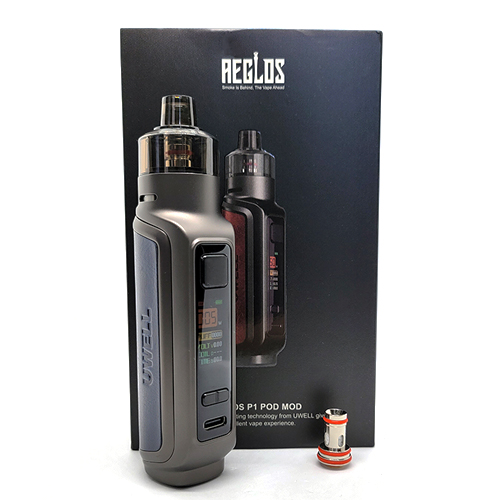 The Aeglos P1 is a nice looking device, but it doesn’t look very different from other single battery pod mods on the market like the Drag X Pro. It’s a reasonably sized mod at 122mm tall, 34mm deep, and 29mm wide. It’s still small enough to easily pocket and the width and depth mean that it’s comfortable to hold too.

Compared to the Drag X Pro, the Aeglos P1 is much smaller in all of its dimensions. But keep in mind that it does not support a 21700 battery, only a single 18650. Batteries fit snug and the negative terminal is spring loaded. There is no battery rattle whatsoever with the Aeglos P1.

The battery cover is the whole side and back panel of the Aeglos P1. Like the rest of the device, this cover is made out of zinc and aluminum alloy. There is a thin and hard leather panel that takes up most of the cover and it actually looks quite good. There’s two lines of vertical stitching, along with AEGLOS and UWELL that are embossed on each side.

The battery cover slides off horizontally from the Aeglos P1. It attaches magnetically and also by a friction fit. The cover feels secure and does not move at all when it’s attached. It takes some force to remove it so it will stay attached, even if you drop it.

The inside of the battery cover has a strip of foam right in the middle where it contacts the battery. It’s a nice touch and one that will prevent any arcing if you happen to have a tear in the middle of your wrap (make sure to regularly inspect your batteries for tears!).

Up top, we have the pod connection. The pod attaches magnetically and secures itself nicely in place. There are two airflow cut outs that allow you to adjust the airflow by rotating the pod itself. This is due to the design of the pod which has fins that extend down into the airflow cutouts. A nice feature here is that the pod does not rotate freely all the way around, but stops when fully opened or fully closed.

The pod will hold up to 4ml of ejuice. It has a slight tint that can make it hard to see your ejuice level in dimly lit situations so holding it up to the light makes it much easier to check. The drip tip on the pod is non-removable.

Filling the pod is done through a bung on the underside. This bung is secure and plugs the fill hole for a leak-free seal. The coils feature a double o-ring design and simply push into the bottom of the pod.

The screen on the Aeglos P1 is 0.96” in size and in full color. The text and UI is well defined and clear. It’s a multi-color theme that looks kind of neat; the mode is in red, the battery indicator in blue, wattage in orange, puff counter in yellow, voltage in green, and coil resistance and puff timer in teal.  It’s like a UI rainbow!

There are 3 buttons: a square fire button and 2 small adjustment buttons. All of the buttons are responsive and feel good.

In my few weeks of testing, I haven’t found anything that’s actually wrong with either the design or the build quality of the Aeglos P1. The only minor con is that the drip tip on the pod is not removable and the pod is tinted, but these are minor issues.

How to Use the Aeglos P1 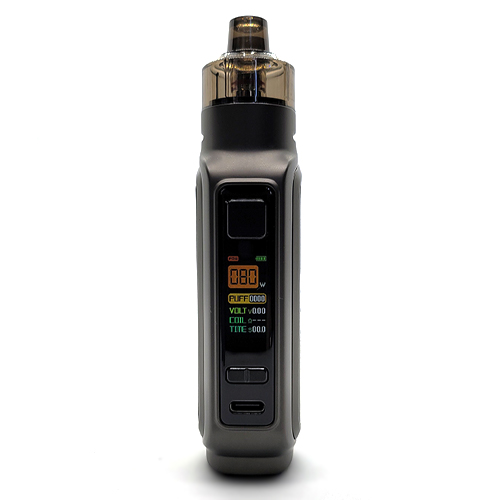 The Aeglos P1 is a power-mode-only pod mod so it’s as simple as can be to get started with. It also automatically adjusts the wattage for the coil that you’re using so that you won’t accidentally burn out your coil.

To start you’ll want to remove the pod and turn it upside down. You’ll see a rubber bung plugging the fill hole. Unplug the bung and fill the pod up with your preferred regular nicotine (or nicotine-free) ejuice. A mesh 0.2Ω coil comes pre-installed and this is a coil for direct lung vaping, but you can swap the coil to the 0.6Ω mesh coil if you want to use low-strength nicotine salts.

Once you’ve filled the pod you should wait approximately 5 minutes before vaping so that the ejuice can fully saturate the coil. The Aeglos P1 will set the wattage for your coil when you insert the pod (40W for the 0.2Ω coil and 20W for the 0.6Ω coil). It will also limit you to 30W when using the 0.6Ω coil so that you don’t accidentally burn it.

While this is strictly a pod mod out of the box, you can purchase a 510 adapter separately. This will allow you to use the Aeglos P1 with 510 threaded tanks, just like a regular single battery mod. 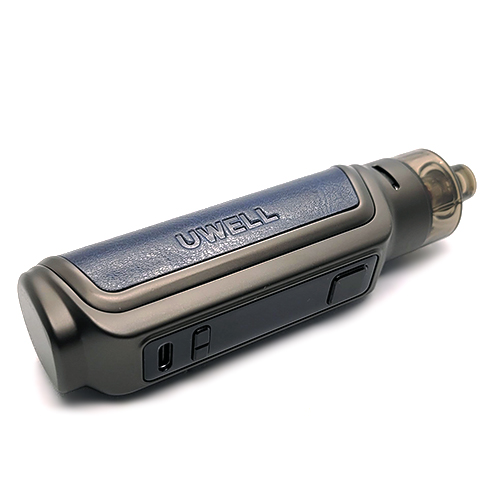 These coils use Uwell’s “PRO-FOCS flavor technology”. According to Uwell, this is a “combination of aerodynamic, material-control, and temperature-micro-measuring, in order to give you an ultimate flavor restoration”.

In simple terms, they’ve designed the tank and coil in such a way as to provide the best flavor. This is due to the way air flows into the tank and coil, the materials used for the coil, and adjusting the temperature on the fly. This is the same technology as used on the Caliburn G and Koko Prime.

The 0.2Ω coil comes pre-installed in the tank. This is a direct lung coil that should be used exclusively with regular nicotine ejuices. I myself used a 6mg ejuice and the vape is absolutely heavenly. I found 40W to be too low for this coil and found 55W to be just perfect, even though that’s slightly above the recommended wattage rating.

You can go all the way up to 80W with this coil if you like but the flavor does not get much better than at 55W and your battery will die a lot quicker too. Airflow wide open is how this coil should be vaped. You can close it down a little bit but anything more and the vapor gets very hot at 55W. I managed to get 5 refills out of this coil before I accidentally vaped it dry and got the worst dry hit of my life. If I didn’t, I think this coil could have gone for at least another 5 refills at minimum.

If you’re more of a MTL vaper then the 0.6Ω coil might suit you. I used both a 25mg nicotine salt and a 6mg regular ejuice with this coil and they both vaped okay. The regular nicotine ejuice needs to be vaped at the full 30W and with the airflow nearly fully closed to get a good, heavy draw. Nicotine salts can be vaped at 25W and with the airflow a little more open.

This is not a tight MTL draw but a loose MTL draw, no matter how you have the airflow. I like a tighter draw so this is not quite what I wanted, but it’s not too bad. It’s passable for MTL but there are better devices out there and I would not personally use this as my dedicated MTL vape. The 0.8Ω coils that you can get might do better but the 0.6Ω coils just don’t do it for me.

Aside from the draw, the flavor is also a mere ‘okay’. Again, it’s passable but not a coil and device that I would want to be using all the time for MTL vaping.

While regularly using each coil I did not have them leak on me, but they did seep a little ejuice when left sitting overnight. This happened with both my 70VG regular nicotine ejuices and my 50/50 nicotine salts so it doesn’t seem to be limited to a certain VG ratio. These coils leak if left alone and that’s the bottom line.

The Aeglos P1 is a simple pod mod that is good for DTL vaping. It’s a power-mode only mod so it’s very easy to use, and the automatic wattage adjustment based on the coil that you use is a nice feature as well. It’s not the greatest for MTL vaping but that’s the story with most pod mods and not too surprising to see. If you want a tight MTL device, your best bet is still a dedicated MTL tank or a pod vape.

The Aeglos P1 is certainly competition for the Drag X Pro and other pod mods in the segment. It might not have the most features, but it’s an attractive and good option for new or inexperienced vapers.