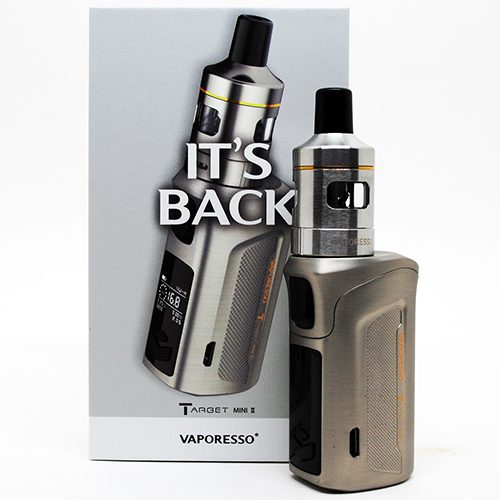 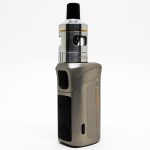 While Robert’s been busy with the Vaporesso GEN, I’ve been testing out another one of Vaporesso’s mods: the Target Mini II. It’s got just as many modes and features as the GEN but really, that’s about where the similarities end.

The Target Mini II isn’t meant for high wattage vaping. Instead, it’s a very tiny mod that will fire at up to 50W and uses the newest OMNI Board 4.2 chipset. It has a built-in 2000mAh battery and is meant for use with MTL tanks. Vaporesso’s chipsets have always been good so I’m excited to see how this mod performs.

The kit comes with the VM22 tank and includes two coils: one is meant for mouth-to-lung vaping and nicotine salts. The other is meant for direct-to-lung vaping/regular nicotine ejuices. It’s really a MTL tank though. So if that’s your type of vape, this review is for you. 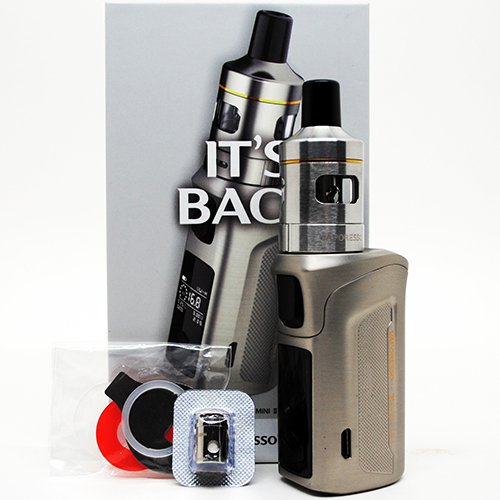 The Target Mini II is an extremely small mod. It’s only 107mm tall, 25.7mm wide and 37mm deep. It’s actually smaller than some pod vapes and definitely among the smallest box mods I’ve used. My hands aren’t even big but I can still comfortably palm this device and conceal it completely.

For its small size, it is a bit heavy though. It weighs almost as much as the Vaporesso GEN with dual 18650 batteries installed. This is likely due to the stainless steel that it’s made of and the fact that it uses a built-in 200mAh battery.

Even with the weight, It’s still a nice device to use. The edges are all rounded so it feels nice to hold. The curves make the mod look good too. The fire button is well-placed and easy to fire with your thumb. Both sides of the Target Mini II also have a patch of knurling to make it easier to grip.

I’m using the stainless steel version of this mod and the branding is very minimal. There’s a “V” on the back side of the device and “Vaporesso Target Mini II” on the sides but you can barely see them. They’re printed in a bronze color that is almost invisible on the stainless steel.

There are four buttons: the fire button, two adjustment buttons and a menu button. They’re all firm and don’t rattle but still easy enough to push. The rest of the mod is just as solid as the buttons. The build quality is definitely good and gets an easy pass from me.

The one thing that I don’t like about the design is the screen. It’s a tiny mod so the screen isn’t that big. I get it. But the screen isn’t very bright and it looks very old school. Plus there’s a lot of information packed onto that small screen and displayed in tiny font. While I’m happy that the puff time and puff counter are there, I wish that the resistance and voltage were displayed in larger font.

The VM22 is an odd looking tank but it’s got a practical design. It’s 22mm in diameter and the majority of the tank is made out of stainless steel. There are three windows that allow you to see through the glass and into your tank. If you drop your mod/tank a lot then this is the tank for you.

The VM22 has a threaded top cap that unscrews to reveal the fill port. The hole is large enough for all different types of bottles and I was able to fill it with ease. The tank holds a maximum of 2ml of ejuice. 2ml is small for a tank but it will still last a while if you use it with the 1.0ohm coil at 10-13W.

In the center of the chimney is a tiny plate. This has to be removed with the included tool (or a flathead screwdriver) in order to disassemble the tank and/or change the glass.

The drip tip that comes on the Target Mini II is the only one that you get. Strange considering that MTL tanks usually come with an additional drip tip. It’s a 510 drip tip and the hole is narrow enough to give a mouth to lung draw.

The airflow on the Target Mini II is a single slot which can be adjusted in two ways. You can either adjust it to a single large slot or to 5 small holes. The 5 holes are for a tight MTL. The single large slot still gives a mouth to lung draw but it’s a lot more loose.

Included with the Target Mini II are two coils. The 1.0ohm coil is meant for MTL vaping and nicotine salts while the 0.6ohm coil is for DL vaping regular ejuices. However, if you restrict the airflow you can still MTL with the 0.6ohm coil.

The coils for the VM22 are easy to change. Once you unscrew the airflow control ring from the tank the coil just falls out (so you have to be careful if there’s ejuice in there!). The new coil just pops right in — no securing or pushing needed. It falls right into place.

This mod uses the latest Omni Board 4.2 chip and it’s got a lot of modes. It has three variable wattage modes (soft, normal, hard), custom wattage curves, variable voltage, temperature control mode (stainless steel, nickel, titanium), TCR and bypass mode. In other words, it has all the modes you could ever want!

A cool feature of the Target Mini II is the analog clock that pops up on the screen a few seconds after you finish pressing the fire button. I think that it’s a nice touch.

You’ll find the settings option at the end of the modes menu. Here you can adjust the brightness (although it doesn’t make much of a difference), check your firmware version, reset the puff counter and more.

The Target Mini II has a 2000mAh battery that is built-in and non-removable. 2000mAh doesn’t seem like a lot on paper but it actually gets you a lot of vaping time when you’re using the 1.0ohm coil at the recommended 10-13W. I myself got just over 2 days of consistent usage before the battery had to be charged (over 250 puffs!).

On the other side of things, the 0.6ohm coil drains the battery very quick when used at 20W. The battery barely lasted me a day when I used that coil.

Charging times are good. I got it back to full battery in just over an hour. It has pass through charging too so if you’re ever in a pickle and need to hit your vape, you can do it as it charges. 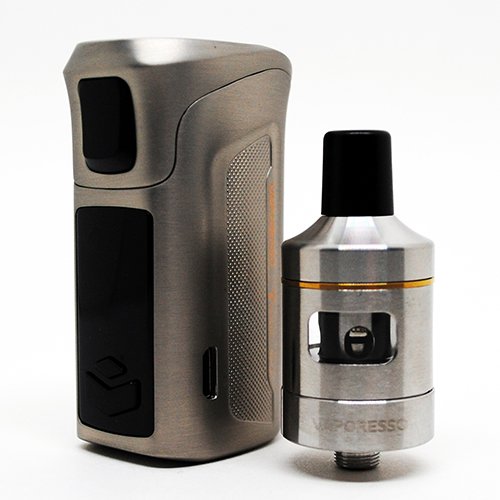 The moment of truth: how does this thing vape? Surprisingly well. I say ‘surprisingly’ because MTL tanks are hard to get right. They’ll either lack flavor or the proper MTL draw; in most cases they lack both. But Vaporesso have got a good thing going with the Target Mini II and VM22 tank.

First off the MTL draw is excellent. I used either 1, 2 or 3 holes depending on how I felt at the time and it’s an excellent vape. I MTL’d both coils and had a great experience. The 1.0ohm coil is the star of the show though. It has great flavor and wicks well with a 50/50 nic salt. Vaping at 11 or 12W is the perfect MTL vape in my opinion.

I used the 0.6ohm coil after I tried the 1.0ohm coil and it’s just not as good. Flavor is average from this coil. Vaping at 20W is where it performed best but still not to an acceptable level. I tried direct to lung vaping this coil and it was also ‘just okay’. I think it does best as a MTL vape. 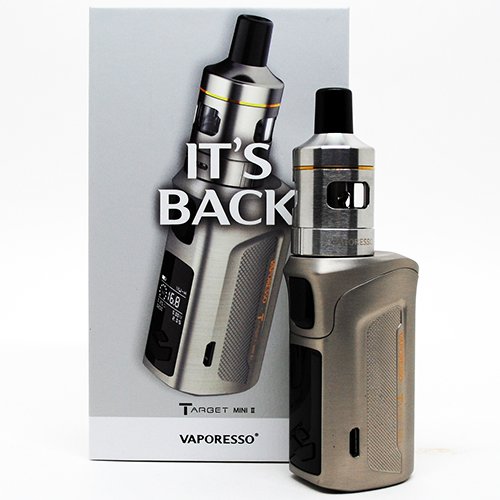 This would make a great kit for a beginner vaper but it will satisfy MTL vets all the same. The VM22 tank, paired with the 1.0ohm coil, is a pleasure to vape with. The 0.6ohm coil, not so much, but that’s usually how it goes with kits — one coil usually ends up being the loser.

The Target Mini II mod specifically, is great to vape with. It only goes up to 50W and the battery isn’t going to last if used over 20W but for MTL tanks it works flawlessly.

I could even see the Target Mini II mod being used for other tanks if you just want something small to hit for a few draws at a time. Atomizers larger than 22mm will overhang but it might still make a good mod to take out for short trips.If you’re a hardcore MTL vaper then I highly recommend giving this kit a go.

If you’ve used the Target Mini II, let me know what you think about it by leaving a comment!