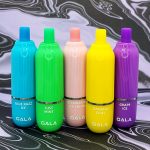 Compared to other disposables from other manufacturers, the GALA performs just as well. The design is not quite to my liking but the GALA makes up for this with the warm MTL draw, satisfaction of the draw, and enticing flavors. Compared to VECEE’s other disposables, I’m missing the ejuice viewing window that can be found on the PICCO and LUKE, but I like the extra ejuice, larger battery, and increased longevity that these provide.

While these are not the longest lasting disposables around, they fit into a nice medium ground between being too big to carry around and too small to last. They are a medium size that is still portable, while also having enough ejuice and a large enough battery to last longer than 2ml capacity disposables.

If you’re after a good disposable that sits somewhere between large high-capacity disposables and small disposables without enough ejuice to last, the GALA is the perfect choice. That is, if you can appreciate the design.

The GALA is another new disposable vape from VECEE. Unlike their LUKE and PICCO disposables which I reviewed over the past few weeks, the GALA is a larger disposable that comes prefilled with more ejuice for more puffs. It does not feature the “Juice Locking System” that some of VECEE’s other disposables have but it does come filled with 10ml of ejuice for 4000+ puffs and a rechargeable battery.

VECEE is a subsidiary of Yocan. They are a relatively new brand that primarily focuses on disposable vapes. Their goal is to maximize the ease of use of disposable e-cigarettes by implementing new innovative technologies into their products.

My primary complaint with VECEE’s other disposables that I reviewed was that they did not last nearly as long as I would have liked. The GALA seems to solve this issue. But is it as flavorful and satisfying as a disposable vape should be?

The GALA is not your everyday disposable vape, that’s for sure. The design is unique, a little strange, and unlike any other device that I’ve used. I like that VECEE has gone with a different design than other products on the market, but I don’t think that the GALA is winning any awards for the beauty of the design.

The GALA has a thick, tube shape that tapers near the top and bottom. The top two-thirds of the device has a shiny plastic finish with a series of vertical lines. The bottom third of the device is made of silicone. It’s not a soft touch finish, but it feels rubbery and it has a little flex. You can notice this the most when you place the GALA down on a table, as it doesn’t slide around easily. The drip tip is also made of this silicone material which gives it some flex and makes it more comfortable to use.

A chrome ring separates the two different materials and it runs around the entire circumference of the GALA. Right below this ring is the name of the flavor and a GALA logo.

In terms of size, the GALA is a medium-sized disposable. It’s not so big that you lose portability, but it’s not so small that you can carry around multiple without noticing that they’re on you. Each one is 103mm tall and 27mm in diameter. A nice size to hold, but not easily concealable. The vertical lines on the body and silicone material give each one a nice texture that is easy to grip, and they aren’t prone to slipping out of your hand.

The GALA comes in 12 flavors and each one has a different pastel color. Compared with VECEE’s LUKE and PICCO disposables, I liked those colors better. I also think that the pastel colors combined with the design of the GALA make them look less than appealing. I’m just not a fan of how these look, but that’s my own opinion and you may feel differently.

The mouthpiece is about the size of a 510 and features a narrow bore. I like that the silicone material is used here because you can comfortably hold it with your teeth and take a few puffs with your hands occupied (like I am doing now while writing this review).

The bottom of the GALA has two white LEDs, two airflow holes, and a type-c charging port. The base of the GALA lights up a little with each puff, which looks cool. The lights aren’t too bright, but you can block them with your fingers if you’re vaping in a dark setting. 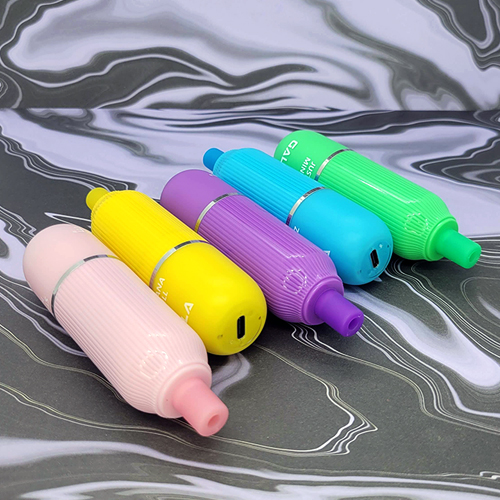 The last two VECEE disposables that I reviewed, the LUKE and the PICCO, feature what VECEE calls their “Juice Locking System”, or JLS. This JLS allows you to open or close the wicking ports to prevent leaking and preserve the flavor of your ejuice. The GALA does not feature this system, but hopefully it will be just as leak-resistant and full of flavor as its siblings.

The GALA comes filled with 10ml of ejuice in 5% nicotine strength. This is the only nicotine strength available so it’s safe to say that it will not be available for sale in the UK as it is not TPD compliant. The GALA also comes with a built-in 600mAh battery that is rechargeable with Type-C charging. Each device is good for up to 4000 puffs.

The GALA, like most other disposables, is draw-activated. This means that you just have to inhale on the mouthpiece to vape. There are no buttons, switches, or settings to adjust. It’s as simple as it gets. 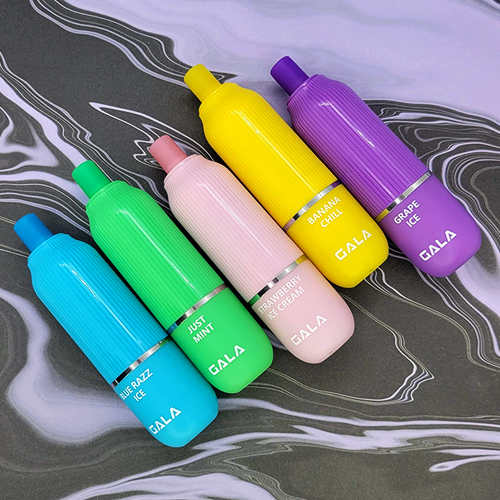 The GALA disposables are available in 10 flavors. For the most part, these are different from what is available for their other disposables, although there are some flavors that are shared between them. These flavors are:

The flavors all sound alluring and from the ones that I’ve tried, they taste as good as they sound. I’m going to describe how five of these flavors taste to me and what I think of them. However, keep in mind that just because I like a flavor that does not mean that you will like it. Similarly, if I don’t like a flavor this does not mean that you will not like it. This is solely my subjective opinion.

This is a strong and bold blue razz flavor with a few extra fruits that make it even better than your regular “blue razz”. The raspberry flavor is the most prominent, but there’s also the flavor of blueberries and blackberries in here too. Of course, you can’t miss the cooling that hits you on the inhale. This is sweeter than other blue razz flavors out there and a little different, but I think that’s a better variation.

This flavor is shared with VECEE’s LUKE disposable and it tastes the same. It’s an orange soda with some cooling to it that is really nice. It’s different from regular “orange” flavors in that it does have more of a sweetness and more of a taste like a soda than the fruit. I like it a lot though and could vape on this all day.

This is one of those flavors where you can’t single out either the peach or the mango as they both mix together from the start. It’s a heavy flavor with a strong taste that is as bitter as it is sweet. I can taste both flavors all throughout the inhale and exhale but saying exactly which one I’m tasting at one time is impossible.

This is one of the most well done ice cream flavors that I’ve tried. VECEE doesn’t overdo the ice cream taste to the point that you want to throw up, and instead the flavor is relegated to the background as a supporting flavor to the strawberry. It’s like a creamy strawberry flavor with an aftertaste of ice cream. 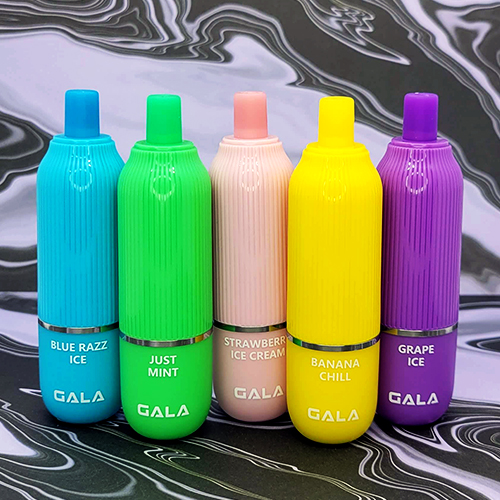 The GALA uses a mesh coil inside and as you read from the flavors section of this review, the flavor that this disposable delivers is bold no matter which one you use. It’s a warmer draw than VECEE’s other disposables, which I like, and since these are 5% strength the satisfaction is definitely there.

The strength of the draw is right where it should be for a 5% disposable. This means that if you’re used to vaping on this strength then you won’t have an issue. It’s a smooth draw, but the throat hit is there. The flavors are also quite good, which led to me vaping on them a lot and therefore intaking a lot of nicotine. I had to watch myself with these disposables because overdoing it is not something that you want to do with a 50mg device.

While VECEE’s LUKE and PICCO disposables provided a looser MTL draw, the GALA is a much tighter MTL draw. This is also one of the reasons why the vapor feels warmer. This type of draw is perfect for those looking to transition to vaping and it’s one of my favorite things about this device.

The battery lasts for a few days of vaping, after which it can be recharged to get you another few days. Since there’s 10ml of ejuice in each one you can recharge these multiple times before the ejuice runs out. The fact that they can be recharged also means that you can vape all of the ejuice without worrying about them dying before you can.

Compared to other disposables from other manufacturers, the GALA performs just as well. The design is not quite to my liking but the GALA makes up for this with the warm MTL draw, satisfaction of the draw, and enticing flavors. Compared to VECEE’s other disposables, I’m missing the ejuice viewing window that can be found on the PICCO and LUKE, but I like the extra ejuice, larger battery, and increased longevity that these provide.

While these are not the longest lasting disposables around, they fit into a nice medium ground between being too big to carry around and too small to last. They are a medium size that is still portable, while also having enough ejuice and a large enough battery to last longer than 2ml capacity disposables.

If you’re after a good disposable that sits somewhere between large high-capacity disposables and small disposables without enough ejuice to last, the GALA is the perfect choice. That is, if you can appreciate the design.