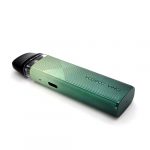 The Vinci Pod SE is a new member of Voopoo’s ever-growing Vinci line of devices. It’s a simple pod device with fixed airflow, draw activated firing, and refillable/replaceable pods. It uses new 2ml Vinci Series V2 pods which have been upgraded for better airflow and flavor, and these pods are compatible with the Vinci Pod, Vinci Q, Vinci Pod Royal Edition, and Drag Nano 2.

The Vinci Pod SE has a 900mAh battery that can be recharged with Type-C charging, and it will fire from 11-15W. Overall, the Vinci Pod SE looks like a very simple device that was made with ease-of-use as its number one priority. But how is the flavor and performance?

Let’s start with the similarities. The Vinci Pod SE is about the same size as its predecessor and stands at 93mm tall, 24mm wide, and 14mm deep. It’s an average size for a pod vape and a good size overall, so I’m glad that they kept it the same. But that’s where the design similarities end.

Gone are the rounded corners of the Vinci Pod. The Vinci Pod SE has a square shape that (in my opinion) doesn’t look as good, with rounded sides. Voopoo has also done-away with any sort of panels for the Vinci Pod SE and instead opted to keep it clean with just a design printed on the back of the device.

My Forest Green device has a gradient color that goes from light to dark green and the quality of the paint is great. There are 8 colors to choose from: four solid colors, and four gradients. I’ve dropped this device onto the pavement a few times getting out of my car and it’s still holding up well. There are some nicks in the metal, as is to be expected, but no chipping or flaking of the paint.

Part of the reason for the good durability may come down to the fact that the Vinci Pod SE is made with aviation grade aluminum alloy. Voopoo says that this makes it more durable and fade-resistant and from my experiences so far, this seems to be true. 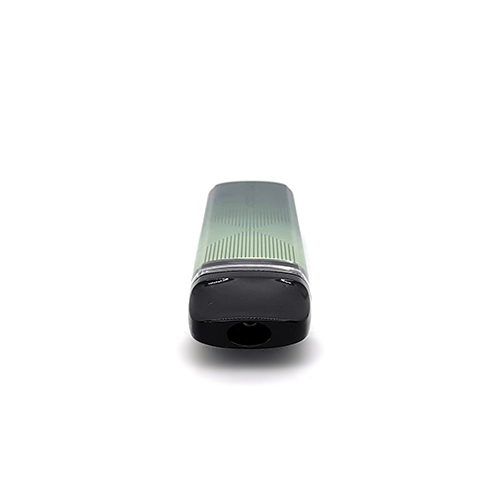 This device is draw-activated-only, so you just draw on the mouthpiece in order to vape. There are no buttons at all, and no airflow slider like there is on the original Vinci Pod. For airflow, there are two small airflow pin holes, one on each side of the device. The airflow is not adjustable on the Vinci Pod SE, but it will differ depending on the pod that you use. Out of the box, the included 0.8Ω pod will deliver a mouth-to-lung draw.

The LED indicator on this device is interesting. There’s a little gold oval on the front, and hidden underneath is the LED. It shines through as a thin bar when you take a draw, but otherwise you wouldn’t know that it’s there. The LED colors are:

I’m not sure why there’s no middle blue indicator; maybe because this is a sample. But this is how the battery indicator works on my test unit.

That’s really all there is to the design and build quality of this device. It’s nice and portable, looks good, and seems to be durable. 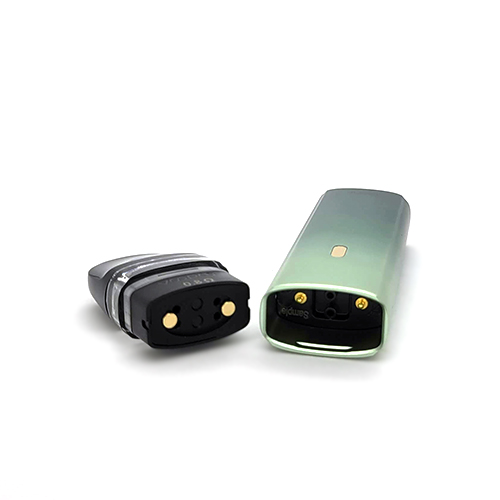 The Vinci Pod SE is a very simple device, so there isn’t a lot to it. There’s no adjustable airflow and no adjustable wattage, so you aren’t able to tailor the strength of the draw or the airflow to your liking. However, the wattage will automatically adjust itself based on the coil that you’re using, up to a maximum output of 15W.

For the small size, it has a respectable 900mAh battery. Battery life is pretty good, and you can vape around 2 full pods of ejuice before the battery dies out. Recharging is done through a Type-C port on the side of the device. It takes about an hour for a full charge. Unfortunately, there’s no pass-thru charging so you can’t vape on it while it recharges. 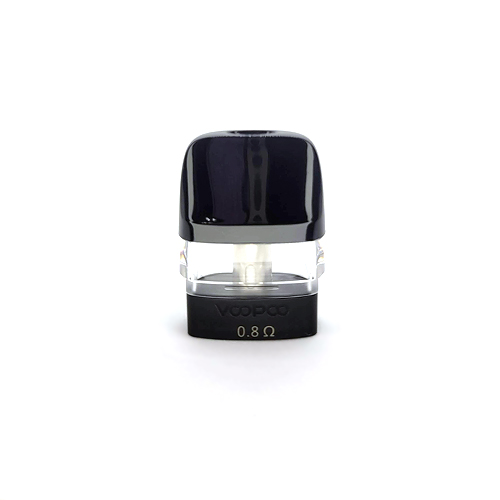 The package only includes one pod, which is disappointing. It’s a 0.8Ω pod that is good for MTL vaping and it will hold 2ml of ejuice. The pod is held to the battery by a pressure-fit. It clicks into place with a firm push and sits securely.

The drip tip is antibacterial and Voopoo states that it is 99% effective at reducing bacteria. This drip tip comes off of the pod with a light pull, and this gives you access to the fill port. The fill port has a small membrane over it which opens up when you insert your bottle nozzle, and closes when you remove it. It’s effective at keeping ejuice in and preventing leaks and it makes the Vinci Pod SE really easy to fill. 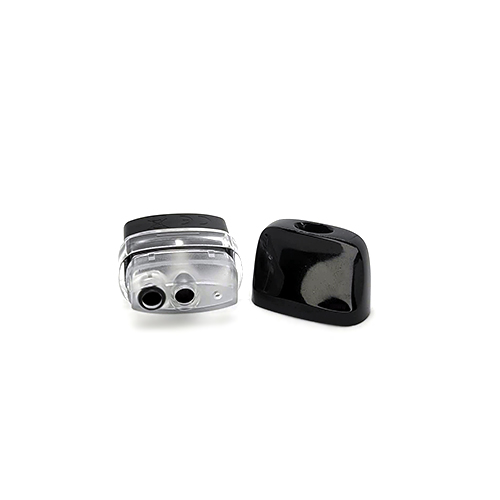 The bottom of the pod features a double-layer silicone ring which is there to prevent any leaking. It seems to work well too, as during my usage I haven’t had any leaking at all.

This pod also has 4 air inlet holes on the bottom of the pod to catch airflow from each direction and balance out the airflow. Voopoo says that this results in smoother draws and better vapor, but I’ll get to this in the performance section down below. 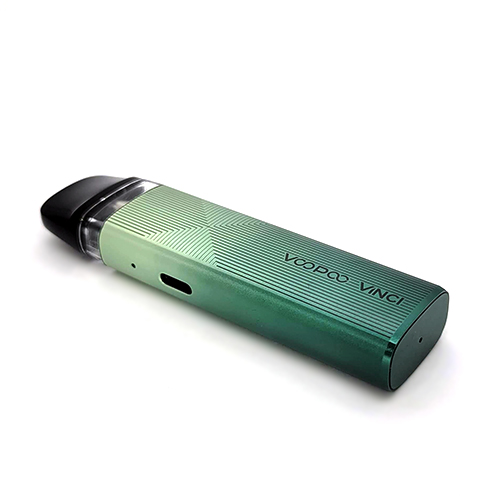 I used a 60VG nicotine salt ejuice for the entire time that I tested the Vinci Pod SE. This device only comes with one pod, a 0.8Ω pod, and unfortunately I did not have any of the other pods available to me so this section will be based entirely on this one pod.

Flavor is really good and the vapor is warm to just the right temperature. The draw is also very smooth, which may have something to do with the four airflow holes on the bottom of the pod. The draw with this 0.8Ω pod is very nice and it’s a slightly loose mouth-to-lung draw that feels really good. The auto draw function also works well and has not given me any problems at all.

The Vinci Pod SE is a good and simple pod device. For beginners, you’ll get a device that really delivers on flavor and performance, but without the hassle of having to change coils or adjust any settings. You also won’t have to deal with leaking, because the anti-leak design that Voopoo has implemented here seems to really work.

Even if you’re not a beginner, the flavor and loose mouth to lung draw that the Vinci Pod SE delivers makes it worth the buy. If you want a simple device that does what it’s supposed to do, then you’re not going to be disappointed with this device.

My only complaints are that the battery life indicator is only two colors, so you won’t know that your battery is getting low until it’s below 30% and the red LED shows up, and it only comes with one pod. You’ll want to purchase a pack of pods with the device, just to be safe.

Whether you’re a beginner who is just starting out, or an experienced vaper who is looking for something simple and effective, the Vinci Pod SE is a device that I can easily recommend. 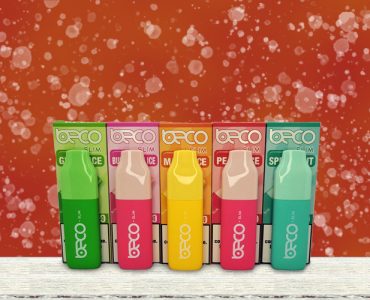 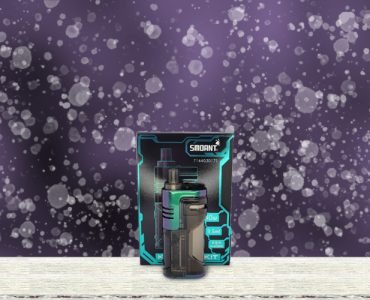 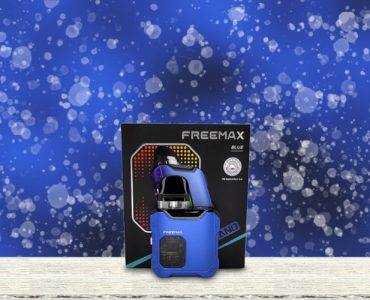 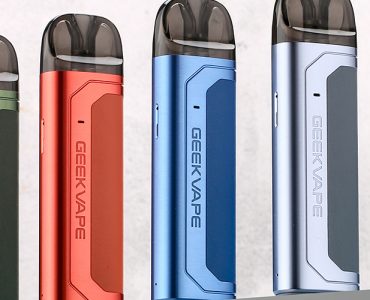