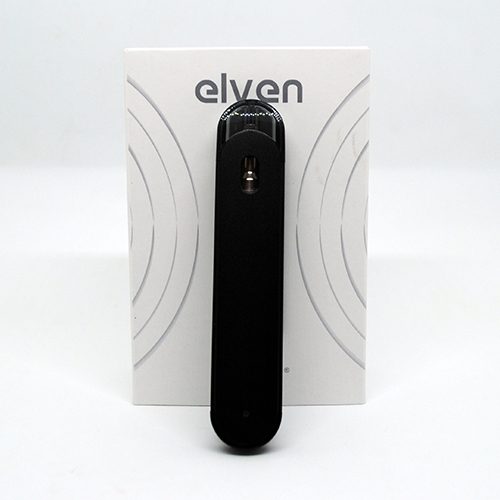 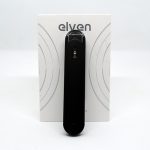 The Elven is a new all-in-one, pod style device that has just been released by Eleaf. At first glance, you might mistake it for a JUUL. But the Elven has a few key differences that, in my opinion, make for a better device.

I spent a few weeks testing out the Eleaf Elven and in this review I’ll go over everything you need to know. I will say that, for the price, the Elven is quite impressive.

This device was sent to us for review. This does not in any way affect our opinion or ratings of the device. 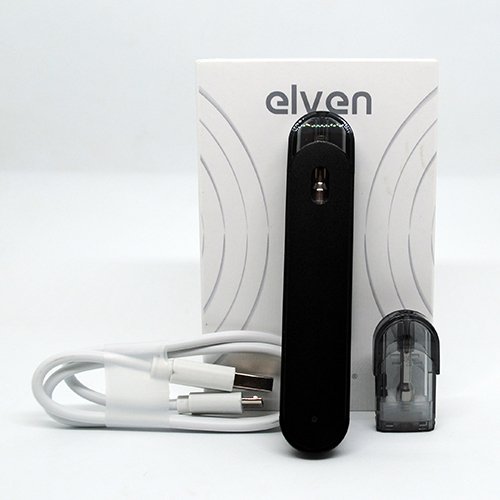 Box contents for the Elven are quite standard, and there aren’t any surprise goodies inside. But you do get an extra pod, which is always handy to have on hand. 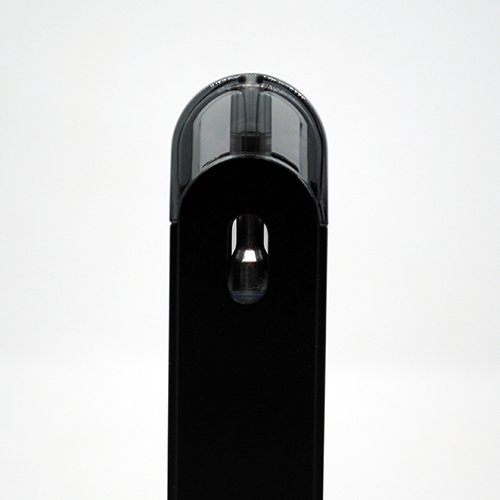 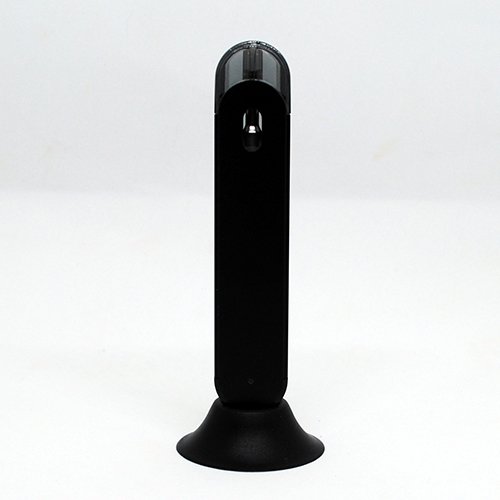 The Elven has a very small form factor that is also very light. The proportions of the device look nice, and it’s easy to throw the Elven in a pocket or bag. It stands just 100mm tall, is 20mm wide, and 10mm thick. It fits nicely in your hand, and features a rounded top and bottom.

I’m a big fan of the design. The black color has more of a matte finish, but the other colors come in a gorgeous metallic paint. And the paint quality seems to be good too, because I haven’t had any issues with it fading or chipping. 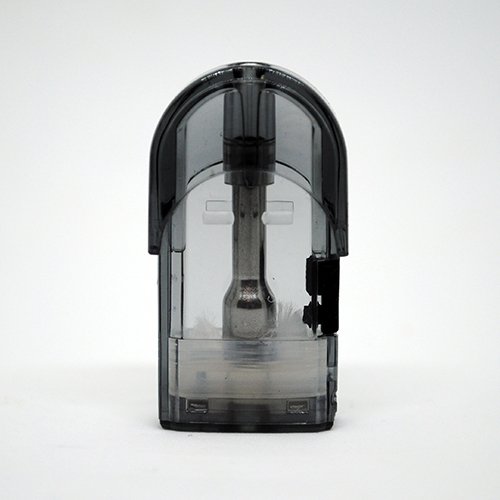 The Elven comes with two refillable and replaceable pods. These pods have a max eliquid capacity of 1.6ml. For a small device I wasn’t expecting a large pod size, so the 1.6ml capacity is acceptable. The build-quality of the pods are good, and fit into the Elven with a firm click. I would say that the pods fit even a little too snug, and it’s quite difficult to pull them out. You have to really give it some force, and it could have been made a little easier. In any case, an indicator light on the bottom of the Device will light up to let you know that it’s in properly.

Inside the pod is a 1.6ohm resistance coil. This will be good for your regular ejuice, but will also work great for nicotine salts. The Elven is quite versatile in this regard, and the 1.6ohm resistance means that vaping nic salts won’t be too harsh. 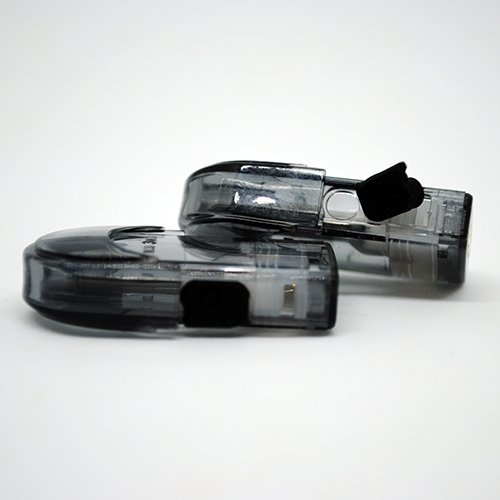 But what’s particularly great about the Elven Pods are that they’re transparent. This allows you to clearly see your ejuice level in the pod and also lets you see how your wicks are doing. This is a big plus for this device, as a lot of other pod devices have darkly tinted pods that are impossible to see into.

There is a small rubber stopper on the side of the pod for filling. The fill hole will fit droppers as well as standard bottles, and I had no issues filling the pods. I was careful not to overfill them, though.

In my testing, the pods lasted me about two weeks before I noticed a real flavor drop off, but I could have definitely continued using them. They weren’t burned out by any means. I would say I could probably get a good month out of a pod if I wasn’t super concerned with optimal flavor. 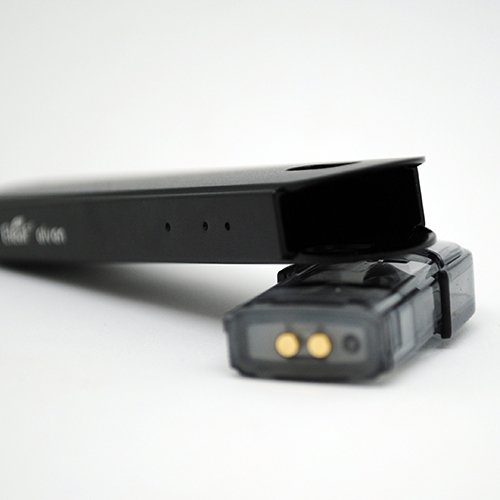 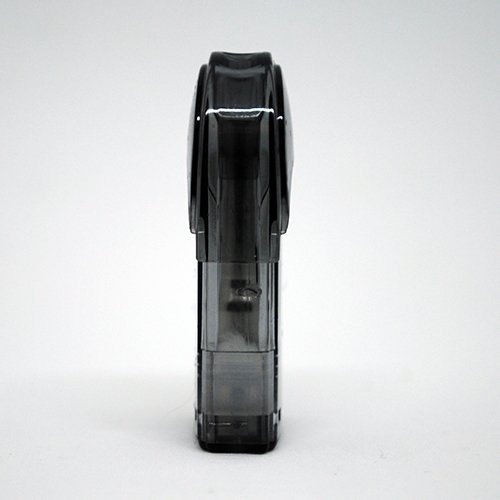 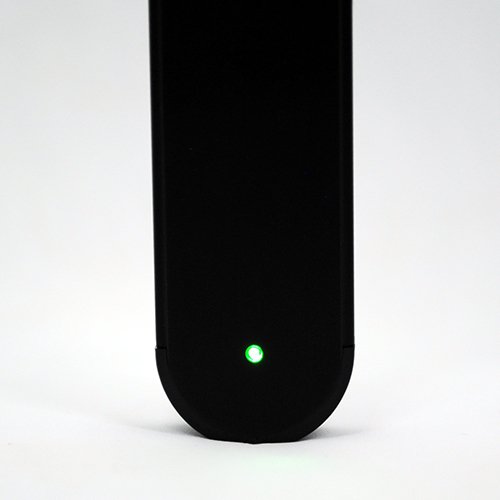 The Elven has a 360mAh built-in battery that is non-removable. The Elven is a direct output device, and that means that the draw will get weaker as the battery charge depletes. You’ll get a maximum of 15W when the device is fully charges, weakening down to 5W before the device completely stops functioning. The device will last about a day of moderate usage.

These are no buttons on the Elven. Instead, it’s a draw activated device where you simply inhale on the mouthpiece to draw. There is a small indicator light on the bottom of the Elven that will light up when you draw, with the color indicating your current battery charge level. When the battery is 60-100% charged, the light will be green. From 20-59% the light will be blue, and less than 19% the light will be red. 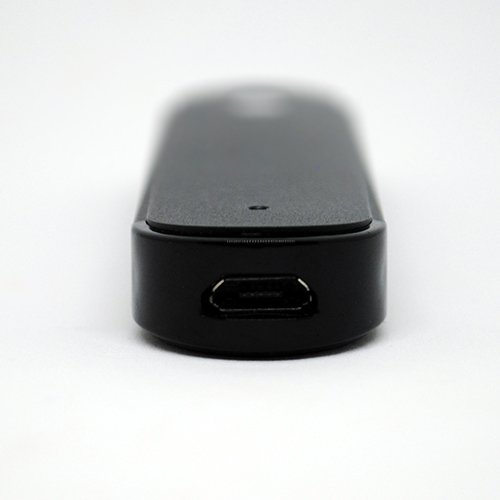 The device is charged through Micro-USB and takes about an hour or so to charge. I found that this was a quick enough charge time that if it died, it wasn’t a major inconvenience. I could recharge and be back to vaping in no time. 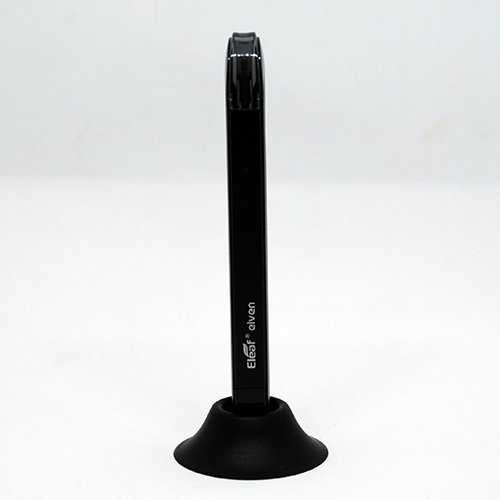 If I said that I wasn’t impressed with the performance of the Elven, I would be lying. This little device has proven to be quite the vape, and has really grown on me because of how easy it is to use and carry around.

Even as a direct output device, I didn’t feel much of a difference in the way that this device vaped from 100-20% charge. Once it got to the red indicator light (less than 20% battery), I felt the draw get weaker.

The draw activation on this device works really well, and I had no autofiring issues. The vapor you get off of the Elven is quite nice. You’re not going to be winning any cloud competitions, but you can output some decent clouds. 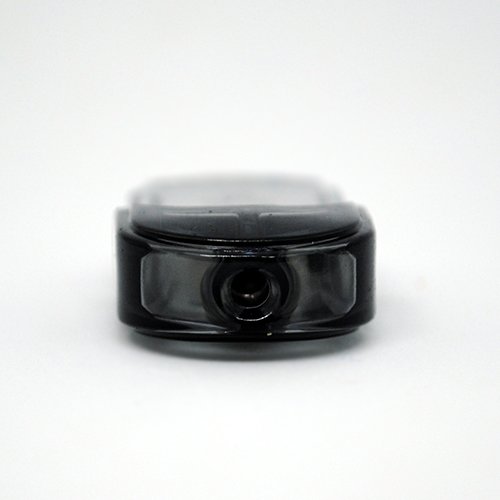 The flavor is also very impressive for a small and cheap all-in-one device, and notably better than others on the market. I rather enjoyed using this device, even with access to an army of rebuildables. And that’s saying something.

The ability to restrict or open your draw is a neat feature, but I found myself using it with the open side airflow more often than not. I found the restricted airflow to be a little too restricted, but that’s just me. The MTL draw was very satisfying, and I liked how the device vaped in general. 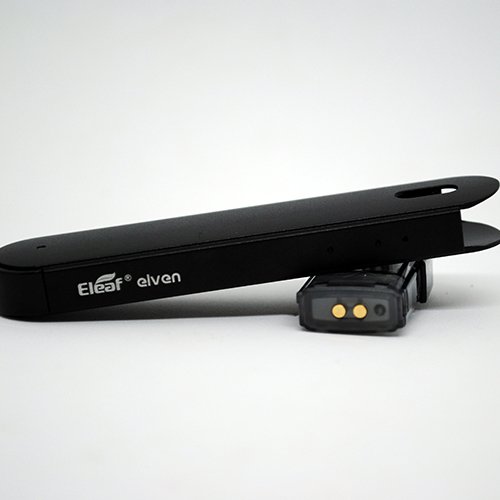 The life of the pods are particularly good, and each one seems to last about two weeks before I noticed a drop off in flavor. You could definitely use each pod for a month or so if you’re in a pickle, and can’t grab pods right away. I’d say that the long lasting pods are a bonus.

It was really easy to carry around and slip this thing in my pocket when I was going out. The weight is almost unnoticeable, and the device itself is very low-profile and sleek. This means that it doesn’t attract too much attention, and I rather liked this about the Elven. 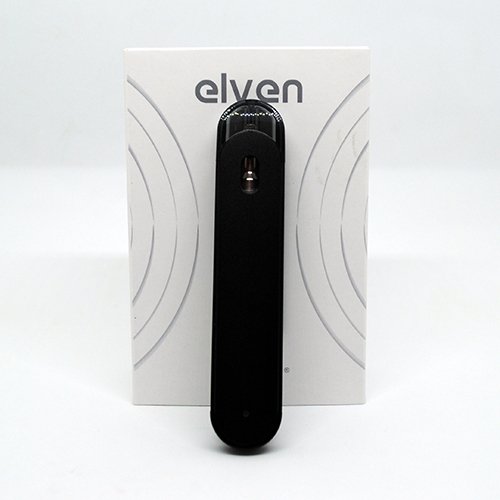 So is the Eleaf Elven worth picking up? While I don’t like to do a straight yes or no, I’m going to lean pretty heavily towards the yes with this one. Eleaf have created a really good device that beats out a lot of other all-in-one devices on the market. While it comes at a cheap price, it performs like something much more expensive.

It’s lightweight, sleek design, and awesome flavor make the Eleaf Elven a really great pod device that is worth checking out. For someone who is always out and about, and doesn’t want to carry a full fledged mod and tank with them, I can definitely see them using this. Or even if you’re someone just getting into vaping, it’s simple enough to use and provides a good experience. Until next time, stay versed!