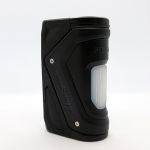 Geekvape have released yet another Aegis device and this time it’s a squonk mod. The Aegis Squonk is a single 18650 battery mod that will fire at up to 100W. It has the same general design and appearance as other Aegis mods and it’s also IP67 waterproof, dustproof and shock resistant. It’s powered by Geekvape’s AS-100 chipset and similar to the Topside line of squonk mods it has a top filled squonk bottle that will hold 10ml of eliquid.

Geekvape makes some of the best box mods on the market. They’re reliable, powerful and durable. But if you’re after a good squonk mod, is the Aegis Squonk the one to get? Short answer: yes. For the details, read on. 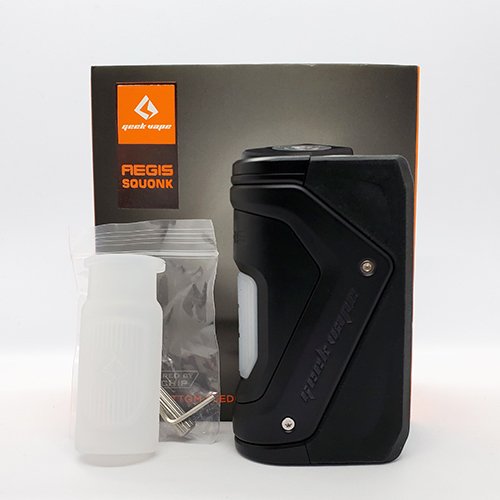 I’ve always been a fan of the way Geekvape’s Aegis mods look. The Aegis Squonk has more or less the same appearance as other Aegis mods but with a squonk bottle instead of a leather grip. It’s a good looking mod and it has a clean, high quality appearance that I really dig.

It’s a nicely sized device that isn’t too big nor too small. It feels good to hold in my hand and it’s not too heavy either, despite looking like it would weigh more. It has rubberized sides that are semi-squishy but firm and the signature Aegis metal section that runs around the squonk bottle.

I received the mod only for this review but if you purchase the kit you can transform the Aegis Squonk into a regular box mod. The kit comes with the Tengu RDA and a replacement panel. You can swap out the squonk bottle section for the regular panel to make it look like a regular Aegis box mod. This modular design is similar to the Topside Lite and from what I’ve seen it looks pretty cool.

The squonk bottle holds up to 10ml of eliquid which is a nice size and more than large enough to fit a days worth of eliquid. The bottle is soft enough to squonk with ease but firm enough that it doesn’t completely collapse when pressed.

The squonk bottle is top filled through a port at the top of the mod. The port is hidden under a sliding door located right next to the 510 plate. It’s a small space to fit a bottle and with a tank attached it’s very difficult to use even a 60ml bottle; using a 120ml bottle to fill is impossible. Dropper bottles are out of the question entirely. To effectively fill the Aegis Squonk, removing the tank is necessary unless you’re using a very small and thin bottle.

Removing the squonk bottle to clean it is also a pain. You have to first remove the topmost screws on the sides of the mod. Then you have to slide open the fill port and remove the rubber plugs which then reveal two more screws that you have to remove. I understand that they had to do this to keep it IP67 water and dust resistance but it’s still a cumbersome process.

The battery cap is made of metal and located at the bottom of the device. The threading is smooth and it unscrews without much difficulty. If you’re having trouble, Geekvape includes a tool to help remove the cap.

The buttons are solid and don’t rattle at all. The entire mod is extremely well built and flawlessly put together. As far as build quality goes, it doesn’t get much better than this. 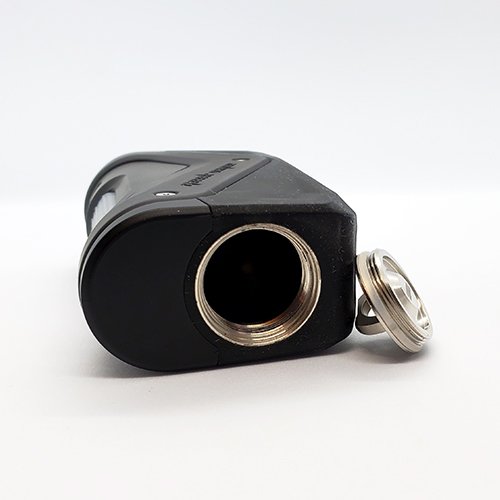 Like Geekvape’s other Aegis mods, the Aegis Squonk is IP67 water and dust resistant. This means that it should be able to survive in up to a meter of water for half an hour. It also has military grade shock resistance which should protect it from high drops and rough treatment.

We’ve tested other Aegis mods and they’ve all survived water immersion and less than gentle treatment but that isn’t going to save the Aegis Squonk from being put to the test.

We’ll start with the water testing. I left my 18650 battery in the Aegis Squonk with the power on and dropped it into a bucket that is around a foot and a half deep. I left it to sit for twenty minutes, all the while hoping that it wouldn’t get ruined. After removing it from the water it was still powered on and functioning properly. Checking the battery compartment didn’t reveal any water. Phew!

For my durability testing I went with the good old fashioned “drop it from chest height and let it hit the pavement” test. I also did this with the battery inserted and the device powered on. I dropped the Aegis Squonk up a total of three times, each time from a height of approximately 5 feet. Aside from some chips in the rubber and some scuffs to the metal band, it’s no worse for wear. I vaped with it after and it functions just fine with no signs of any functional damage. 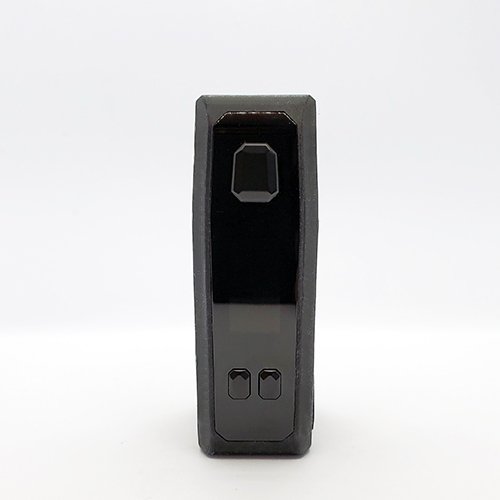 The Aegis Squonk has Power, Temperature Control, TCR, VPC, & Bypass modes. It fires at up to 100W which is a little high for a single 18650 battery mod. It does TC from 200-600°F. The screen is the same as the Aegis Solo and it’s bright and clear. It displays the set mode, wattage, coil resistance, amperage, voltage and a puff counter. There’s also a battery indicator icon. 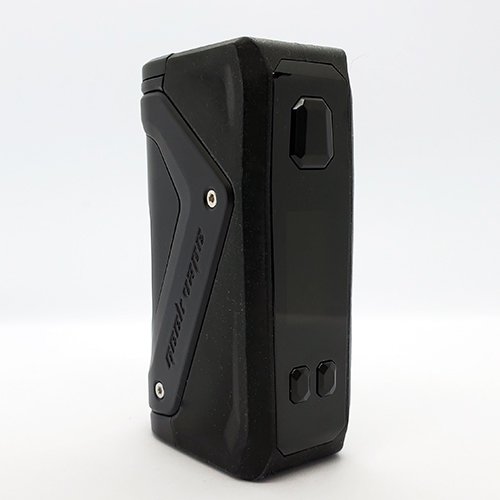 The Aegis Squonk uses Geekvape’s AS-100 chipset which is the same chipset in the Aegis Solo. In terms of performance I find that the two mods perform almost identically. The Aegis Squonk fires almost instantly and delivers good battery life in power mode up to 60-70W. Going any higher severely cuts battery life. This is a squonk mod that works best for mid wattage, single coil tanks. 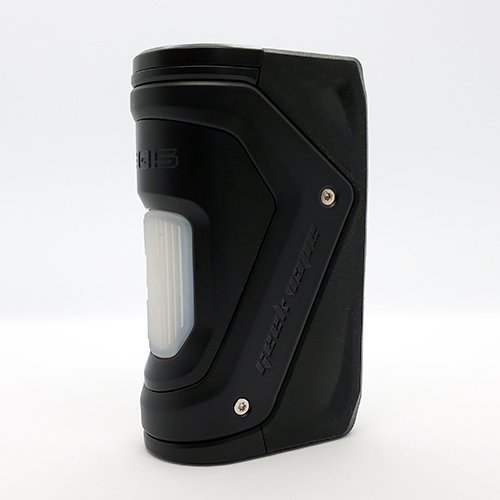 If I’ve learned anything so far it’s that Geekvape’s Aegis mods don’t disappoint. The Aegis Squonk has solid and reliable power and temperature control mode performance; so much so that I’m going to continue using it whenever I can. It’s also the most durable squonk mod that you can get, hands down.

The fill port could be easier to access with larger bottles and removing the squonk bottle could also be easier but I don’t think either of these are a deal breaker. Overall I think Geekvape did a really solid job with the Aegis Squonk.