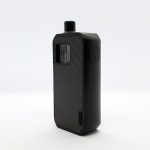 The Druga Narada is a new pod based device from Augvape. It uses a pod with replaceable coils so more accurately it’s an AIO device, but I won’t nitpick. The Druga Narada has a minimalist design and a built-in 1100mAh with Type-C charging.

It comes with two coils and the pod has a 2.8ml capacity. There’s also an RBA coil sold separately that you can build your own coils on. I have the RBA coil on hand for this review.

Augvape has come out with some really great products in the past like the Intake Dual RTA, Merlin Nano RTA & Druga Foxy Mod but they haven’t really made pod devices. Let’s see how the Druga Narada performs. 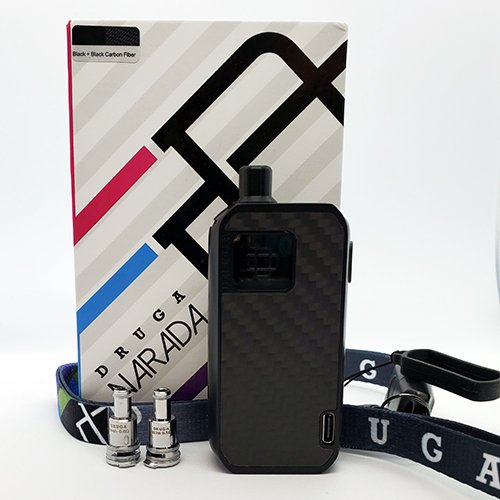 The Druga Narada is a clean and sexy looking device. Its design is based off of Augvape’s Druga Foxy mod and it looks more or less the same, just shrunken down. It’s 85mm tall, 37mm wide and 19mm thick which is pretty tiny and compact. It’s quite heavy for its size though.

The unit that I’m using has carbon fiber back and front panels that look and feel very nice. The front panel has a cut out that shows the pod and lets you see your remaining ejuice. The back panel is removable and held in place by three strong magnets. You have to take off the back panel to insert or remove the pod.

The drip tip on the Druga Narada is 510 sized and removable. It’s not the most snug fit and I find it to be a bit loose. It hasn’t come out accidentally but I’m afraid that it could happen eventually.

Build quality is excellent on this device and nothing feels cheap or rushed. There’s one large, square fire button on the side of the Narada. It’s firm and clicky and easy to reach.

The pod holds 2.8ml of eliquid and it’s completely clear. It slides into the Narada from the back of the device and only fits in one way. The pod has a Druga logo on it that you can see from the front panel cut out. It’s a nice touch and it looks super good.

The pod has a little lever on it that can be rotated to adjust the airflow. Wide open the airflow is a restricted DL draw. Closing it down gets it to a tight MTL draw. There’s a nice range of airflow here. The pod uses a rubber stopper that plugs the fill port. It holds ejuice in properly but it’s also easy to remove. The fill port is large and accommodates any sized ejuice nozzle.

These coils press-fit into the bottom of the pod. There are two notches on the coil, one large and one small. These notches have to line up with the cutouts on the bottom of the pod to fully seat the coil. The coils are a tight fit and I found it difficult to remove the coil at times. If you have trouble, I suggest using something thin and flat to pry the coil out from the bottom.

The 0.5ohm coil is a regular round wire coil made of SS316. The 0.6ohm coil is a kanthal mesh coil. Both coils have the same bore and will provide the same draw, but this can be adjusted with the airflow control lever.

A lot of pod systems these days are releasing a rebuildable coil. I think that it’s a neat idea but the problem is that the small coils don’t have much room to build on. The Druga Narada is another example of this problem.

The RBA coil is sold separately and comes with a pod. It’s a very small build deck comprised of two posts that are secured by very tiny Phillips head screws. Your coil has to be an extremely small diameter to fit and no more than 3 or 4 wraps wide.

You also have to make sure that the legs are cut sufficiently short and not sticking out of the posts or else the cap for the coil won’t screw on.

The RBA coil also comes with a 510 threaded section that you can attach the coil to. This allows you to check your coil resistance and dry fire it before inserting it into the pod.

It was frustrating at first to build on this deck but after a few simple builds it’s a piece of cake. The reason I kept coming back to this RBA coil is the flavor; it’s degrees above the included coils. If you get the Narada I would suggest picking up the RBA coil. 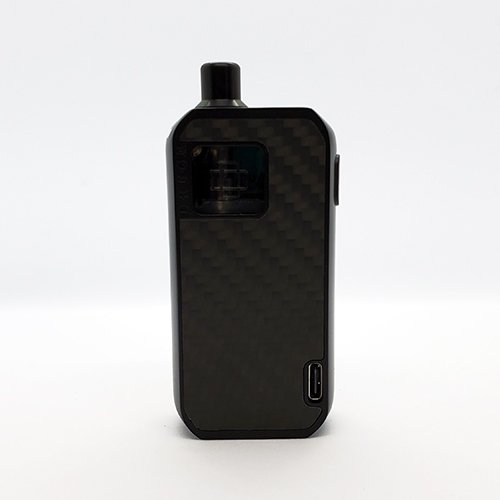 The Narada has an 1100mAh built in battery and it charges with Type-C charging. On a full charge I’m averaging 2 and a half pods of eliquid which is respectable. I’ve had better but I’ve definitely had devices that perform much worse. These coils don’t guzzle eliquid either so that battery life goes a long way.

Augvape says that the Narada can charge up to 80% in just 25 minutes. I timed a full charge to be around 40 minutes and that’s a relatively quick charge time. This is a pro to this device for sure. 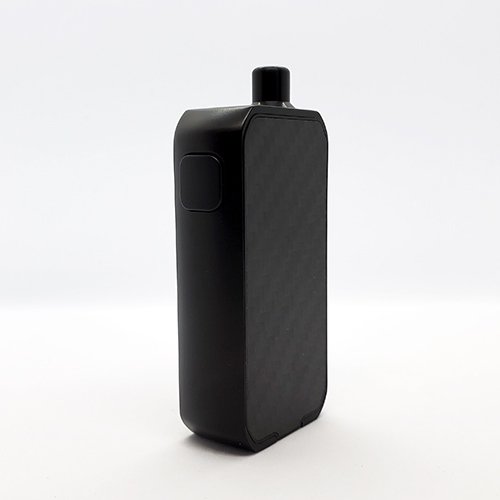 To test out the Druga Narada I used a 50/50 nic salt as well as a 70/30 nic salt with each coil. My favorite of the two coils is definitely the 0.6ohm mesh coil. The flavor is good but not stellar . The throat hit is on point though with a 35mg nicotine salt ejuice. Both ejuices wicked perfectly and I never got the semblance of a dry hit, but I did have some leaking with the 50/50 ejuice. Nothing major but ejuice did collect around the top of the pod.

The 0.5ohm SS316 coil performs very similarly to the 0.6ohm coil but it’s definitely less flavorful. And because the 0.6ohm coil was nothing spectacular to begin with, that’s not a good thing at all. My ejuices taste bland and muted with this coil. Wicking was great but again, I had some leaking with my 50/50 ejuice.

The saving grace of this device is the RBA deck. Although it’s difficult to build, the flavor is miles better than the two included coils. I built a very small ID simple coil with 3 wraps and the flavor is great. My resistance came out to 0.25ohm and the throat hit was very nice and not too strong at all.

The Druga Narada is well built, sexy, and it has great battery life. However, If it wasn’t for the RBA I would be hard pressed to give it a recommendation. As it stands though, the included coils are sub par but the RBA coil allows you the freedom to do your own builds and gets you a massive flavor boost out of it too.

If Augvape improves the prebuilt coils then this could be a great device without the RBA. For now, I’d suggest picking up the RBA with the Narada if you want truly exceptional flavor and performance.