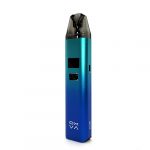 The OXVA Xlim is a pod device that came out in mid-2021. You may be asking, why am I reviewing it now? Well, recently it has been updated to a version 2 of sorts. The device itself is the same but OXVA has fixed the main complaint that people had about the version 1 — the pods.

You see, the pods on the first iteration of the Xlim were notoriously hard to fill. The mouthpiece, which also served as the top cap, was frustratingly difficult to remove. With this feedback in mind, OXVA released the Xlim with new, redesigned pods. Not only have the pods been redesigned to be easier to fill, but they are now more leak-resistant too.

For those who are unfamiliar with the Xlim, it has adjustable wattage control from 5-25W, button and draw activated firing, and has a 900mAh battery that recharges through a USB Type-C port located on the bottom of the device. The version 2 comes in 5 new colors.

The OXVA Xlim is an attractive pod device of small-medium size. Including the pod it’s 111mm tall, 24mm wide, and 14mm thick and weighs 45g. The front, back, and sides of the Xlim are flat, but the corners are rounded to give it a shape that is appealing as well as comfortable to hold. I think that it’s a great size for a pod vape; substantial enough that I can wrap my hand around it, but not so thick that it’s inconvenient to carry around.

The version 2 comes in different colors from the version 1 so it’s easy to know which one you’re getting when you buy it. Where the version 1 was all solid colors except for the “rose blue”, all of the version 2 colors are a gradient of two colors. These are green lemon, blue green, black red, arctic ice, and black white.

The Xlim isn’t as modern looking as I would like but it’s still a pretty nice device, especially with the new pods (I’ll get to these a little later). One feature that doesn’t do it any favors is the screen. It’s a small, 0.42” black and white OLED display that functions fine but gives the Xlim a slightly dated appearance. It is clear and bright though. The screen shows your wattage, a battery life icon, coil resistance, and a puff counter. 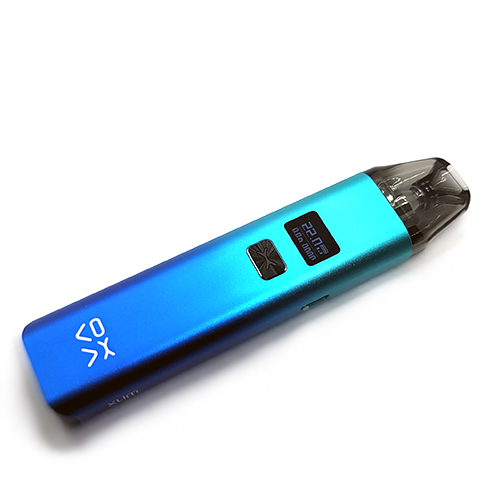 Directly underneath the display is a rectangular power button. The Xlim is both button and draw activated so you can vape whichever way you’re more comfortable with. When you vape, the power button lights up with an X.

There’s an airflow control slider at the side of the Xlim. There are 3 airflow slots cut into it and you can push the slider up to reduce the airflow or down to increase the airflow. This slider is built well and will stay where you set it.

Sitting in the battery, under the pod, there’s a rubber seal that is user replaceable and the Xlim comes with an extra rubber seal in the box. I’m not sure why you would need to replace this seal but it’s there in case you find a reason to.

The whole reason for a Xlim V2 is the pods. So did they get them right this time? It seems so! The version 1 pods had a black plastic mouthpiece that was boxy, difficult to remove and which made it difficult to see how much ejuice was left in the pod.

These new pods have no black plastic so it’s easier to see your ejuice level, but they are tinted so a light source helps. They are also rounded and more comfortably shaped. But the best change is that the fill port is now located on the side of the pod and uses a rubber bung. No more pesky top cap.

The pods are refillable and will hold 2ml of ejuice. Filling the Oxva Xlim with ejuice is as simple as removing the pod, removing the rubber plug, and filling up. The pods are magnetic and the magnets in the battery are strong enough to pull the pod in nice and securely. The pod moves slightly when installed but the magnets keep it from falling out.

How to vape with the Xlim 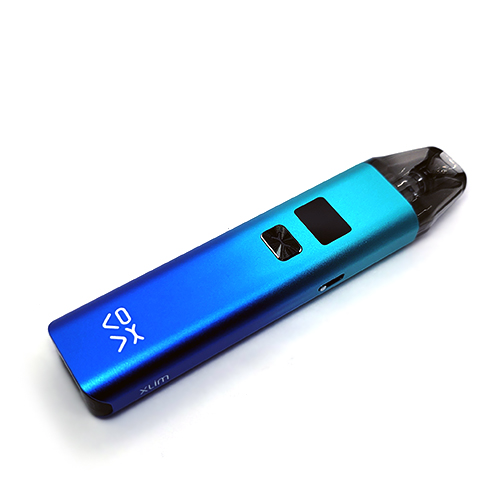 The Xlim is an easy to use pod vape but it does have a few features to be aware of. Nothing that is too complicated, but enough that it gives you some ability to alter the draw to your liking.

The Xlim only scrolls the wattage up and will round robin back to 5W once you reach the maximum wattage level of 25W. When you’re at your desired wattage level, leave the Xlim for a few seconds and it will lock that wattage in.

If you’re unsure what wattage to vape at, the Xlim will automatically set the wattage to an appropriate level the first time that you insert the pod. It also will not let you go above a certain wattage if it will be too high for the coil. All great features for beginner vapers.

You can lock the device from button firing by pressing the power button 4 times. 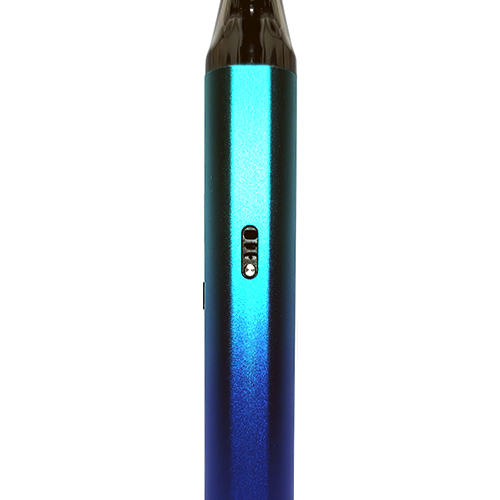 Aside from the difference of the wide open draw, both pods vape nearly identically when the airflow is set any other way. This makes the Xlim a good device for mouth to lung vapers no matter how you like your MTL draw. You can easily adjust it to just how you like it.

The OXVA Xlim has a 900mAh battery which is a good capacity for the size of the device. Battery life varies according to which pod you’re using and at what wattage, but I vaped between 2 and 3 pods per full charge. That’s pretty good!

It also recharges quickly due to the Type-C charging. The port is located on the bottom of the Xlim so you can’t stand it up while it charges. It takes only 45 minutes for a full charge so I was never without it for too long. It also features pass-thru charging so you can vape on it while it charges up. While charging, the display shows a battery icon. 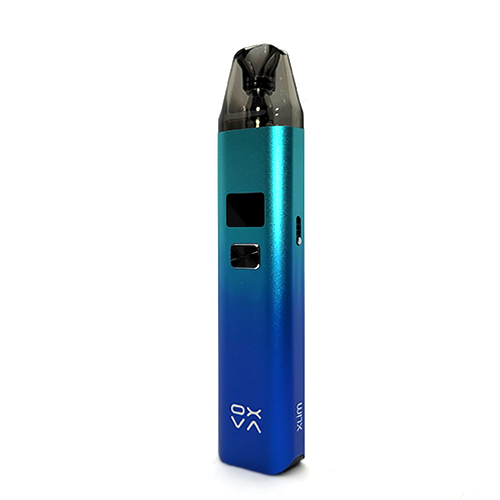 The new pods are nice but how is the performance? I used 25-35mg nic salts in 50/50, 60VG, and 70VG for a good range of testing. Both pods performed great with all of these ejuice ratios and did not have any trouble with wicking the 70VG ejuices. The pods also did not leak, even with 50/50. I did find some normal condensation under the pods after a day of regular vaping but this was easily remedied with a paper towel.

The flavor from the 0.6Ω pod is definitely the better of the two pods, although they aren’t that much different. This pod can be vaped from 20-25W. It does great no matter where in the range you vape it at, but 22.5W is smack dab in the middle of the wattage range and it vapes like a charm here. Nice full flavor and vapor that is just right on the warmth scale.

The 0.8Ω pod is not much different but the flavor is not as good as the other pod. It’s a slight difference but enough that I prefer using the 0.6Ω pod. Still, great performance from this pod. It’s rated for 12-16W and does well anywhere in this range. You can actually push this pod up to 18W before the Xlim says “No!” and won’t let you go any higher but at 16W it performed well enough for me. Overall a good pod.

I refilled these pods over 20 times each (40+ml) and only then did I start to have some performance drop off. These are really good pods and each one lasts for a while which is good for the price conscious vaper.

I can appreciate that OXVA took the feedback that they received from the version 1 Xlim and changed what vapers were complaining about. The version 2 is the same device but the new pods are a nice change. They are much easier to fill and more comfortable to use. I also think that they make the Xlim look nicer too.

While the Xlim isn’t without its flaws, they are minor and not nearly enough to make me say that it’s a bad device. On the contrary, the Xlim delivers superb performance for a pod vape while still remaining easy to use and in my eyes that makes it a good device.