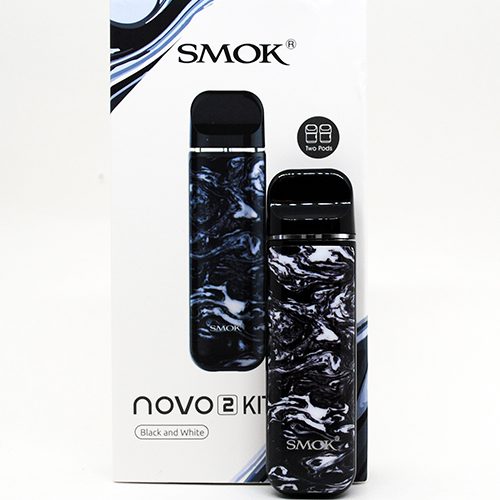 Smok Novo 2 Review: A Better Pod Vape than the Nord? 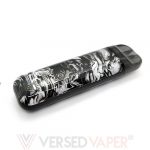 The Novo 2 is the successor to the immensely popular Novo of 2018. It’s almost identical in size but packs nearly double the battery capacity at 800mAh vs the 450mAh of the original Novo. It comes with a 1.0ohm pod for regular ejuices as well as a 1.4ohm pod for nicotine salts, both of which will hold 2ml of ejuice.

The original Novo was a great device but battery life was a downside. It looks like Smok listened to the community when making the Novo 2 so I’m excited to see how it performs. Could this be the pod vape we’ve all been waiting for?

Smok Novo 2 Review: A Better Pod Vape than the Nord? 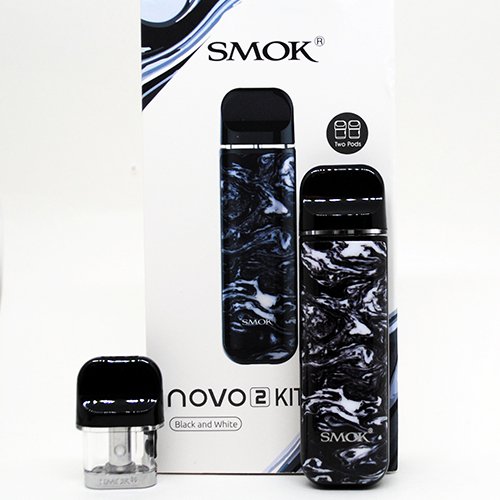 The Novo 2 is basically the same size as the original Novo. It’s 88.3mm tall, 24.5mm wide and 14.5mm thick. It’s a really small device! I can almost completely conceal it in my palm which makes it a super discreet vape. I like the size and the rounded body is comfy to hold. As a bonus, it’s light too; it weighs only 43 grams!

You can get the Novo 2 in 18 different designs and some of them are really cool. There are 8 resin-like designs like the black & white resin that I’m using, 6 opalescent/iridescent designs, and 4 other designs. One of my favorites is the “KEEP CALM and VAPE ON” skin. I’m probably going to order that one myself!

It’s worth mentioning that the resin designs aren’t real resin. They’re actually just plastic panels that look like resin. It still looks good though and I don’t mind it at all.

The bottom of the Novo 2 is rounded and so it won’t stand up on its own. This gives you no other option but to lay the device flat on its side. While not a performance issue, I’m still going to count this as a design flaw.

This is a draw activated vape so you just have to inhale on the mouthpiece to vape. There’s no physical fire button or buttons of any sort. It’s a very easy to use device. The draw activation works great too and requires little effort to vape.

The Novo 2 pods have a curve to them that fits your lips perfectly. The mouthpiece is made of a smooth, black plastic. The pod itself is completely clear though so it’s very easy to see your eliquid level.

When connected to the device, there’s a thin transparent portion of the pod that is visible. This design is similar to the Aspire Breeze NXT and allows you to see your eliquid level without removing the pod; just turn the device sideways.

The Novo 2 comes with two pods: a 1.4ohm dual coil pod and a 1.0ohm mesh coil pod. The coils are built in and non-removable. The 1.4ohm pod delivers a restricted MTL draw while the 1.0ohm pod is more of a loose MTL.

Smok recommend the 1.4ohm pod for nicotine salts and the 1.0ohm pod for regular nicotine ejuices but I found them to both be good for either. The 1.0ohm mesh pod will deliver a slightly stronger throat hit but it’s still perfectly fine for use with nic salts.

I tested the Novo 2 pods with the following ejuices:

No matter what I threw at them, both pods wicked well. They didn’t struggle at all, even on long draws I never even got close to a dry hit. They’re great pods. They haven’t leaked a bit either. The bottom of the pods have had a bit of condensation but nothing out of the ordinary and the pod connection inside the device has also remained dry.

These pods are backwards compatible with the original Novo. There are also 5 other pods that you can purchase separately (also compatible with the Novo). I haven’t been able to test these but if I get my hands on them I’ll update this review right away

The Novo 2 has what Smok call a “U-Shaped” airflow. There’s an airflow hole on each side of the pod that draws air in through the sides of the device, through the hole in the bottom of the pod, and through the coil to the mouthpiece.

There’s no way to adjust the airflow on the Novo 2 so you’ll have to live with what the pods provide. But in my opinion they’re great for MTL vapers and aren’t so restricted that you have to struggle, but also aren’t too loose and airy. Each pod has a nice draw resistance. 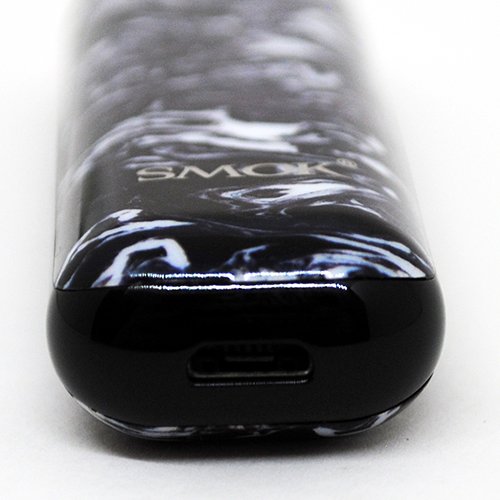 The most impressive part of the Novo 2 might just be its battery. As I mentioned earlier, it’s the same size as the original Novo but somehow has a battery nearly twice as large. That’s an impressive feat of manufacturing.

The 800mAh battery lasted me two and a half days of very consistent and heavy vaping. That’s really good for such a small vape. Battery life is definitely a strong point with this one.

There’s an LED light on the front of the device that is barely noticeable. It’s just a small dot. When you vape on the Novo 2 it lights up to signal your battery charge level. The colors are:

When the battery life is under 30%, the draw gets noticeably weaker. I would suggest charging your Novo 2 when it’s at the red level to save yourself the weak and unsatisfying draws.

Vaping with the Novo 2 has been awesome. The pods take a fill to break in but once they do they’re amazing. I’m particularly impressed by the 1.0ohm pod. The mesh produces accurate and full flavor that is surprising to get from a pod vape. It’s not on the level of an RDA (no pod vape is) but it’s definitely good. The draw is a little looser than I prefer but the quality of vapor makes up for it big time.

The 1.4ohm pod is the less flavorful of the two, but only slightly. It makes up for this with its tight draw though so it’s tough to pick a favorite pod. I like the draw better from this pod but the flavor is better with the mesh pod.

I refilled each pod at least 6 times and they’re still going strong. That’s over a week and a half of use with each one and they’re just as good as the first fill. No muting or dulling of the flavor yet and for a Smok product, that’s really saying a lot.

The experience I got from the Novo 2 is as good as any pod vape I’ve tried and in many aspects it’s better. It never leaked, it wicked properly with no gurgling, spitback or popping, and the battery life is super. I wouldn’t replace my box mod and tank setups for it (no pod vape can make me do that!) but it does make a nice backup device. 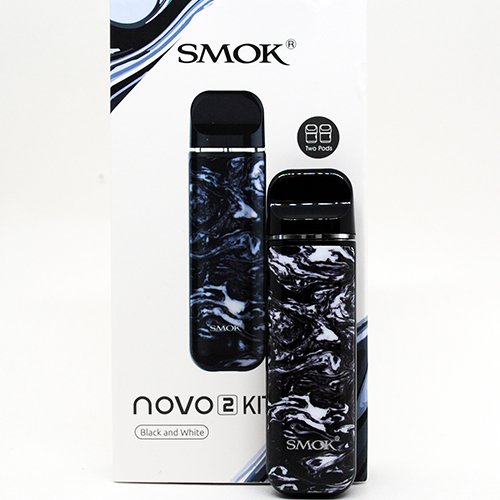 The Novo 2 is Smok’s best pod vape yet. it’s also one of the best pod vapes of the year, hands down. The pods are superb and deliver excellent flavor while also wicking whatever type of ejuice you throw at them with ease. Battery life is another big pro. When it comes to pod vapes it’s certainly up there with the greats. If you’re looking for your next pod vape to purchase or even just for your first device, the Novo 2 is a choice you won’t regret.