VooPoo Doric 20 Review: Does it Cut it for Beginners? 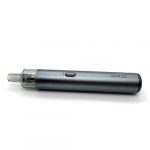 Do you remember VooPoo? Well, they are back with a new vape pen meets pod system called the Doric 20. It’s actually a follow-up to the original Doric 60, but this time geared for mouth-to-lung vaping. Like its predecessor, the device features refillable pods that utilize their latest ITO coil technology and an adjustable airflow geared for mouth to lung and restrictive direct lung vaping.

The Doric 20 is essentially a vape pen that runs on vape tank-shaped pods. It draws power from an integrated 1500 mAh battery and has an output range of 8-18 watts. The pods hold 2 mL of e-liquid and comes with two MTL coils; one being 1.0Ω and the other 1.2Ω.

VooPoo has had a lot of success with their legendary Drag mod, but how are their pod vapes? I enjoyed using the Argus Air about a year ago and expect nothing less from this one. The real question is, can the Doric help quitting smokers transition into vaping? Let’s find out…

In this review, we will cover the good, bad and the ugly details about the VooPoo Doric 20. 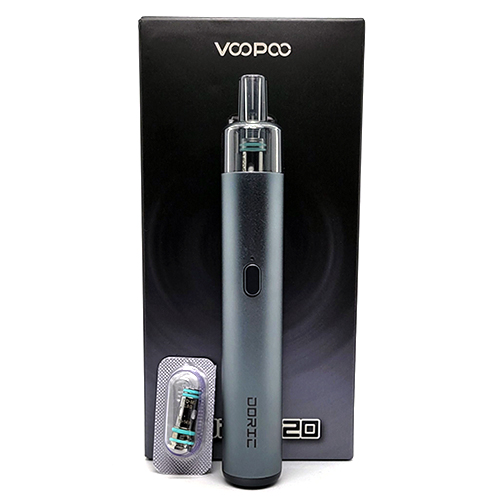 So, is it a vape pen or a pod vape? Yes! In theory, you can think of it as both. I suspect they could have gone with a different form factor, but why not a classic one? My guess is that they are trying to keep it simple for beginners and transitioning smokers, which is always a good thing.

But I would be lying if I said I wasn’t impressed with the aesthetics of it. The Doric features a modern matte finish originally seen on the JUUL, and newer devices like the Caliburn A2. But it has a classic vape pen design, so it’s like a new take on a tried and true classic. The device is 124 mm long, 19 mm in diameter and weighs in at just under 53 grams with a full pod installed.

It isn’t any more complex than it needs to be. The pod tank snaps in firmly on top and then you have your adjustable air intake, fire button and charge port. The tank has a standard rubber flap for filling, similar to the pod systems like the Nord. Lastly, there is an LED on top of a clicky oval-shaped fire button for battery and power indication.

On the bottom of the Doric is a textured rubber layer, which is supposed to add stability. I found that it just makes it less stable when you stand it up, so it knocks over pretty easily. While I commend their efforts, I think it is counterintuitive when they could have flattened it out instead.

I try not to drop things, but it happens. I dropped the Doric once or twice but there was no visible damage. Not even a scratch or scuff mark. The tank is made of a tough plastic, so it’s not like back in the day with those glass vape tanks. I find that the build quality is pretty solid overall.

Last but not least, I appreciate the airflow control system. It feels robust and is easy to use. The airflow holes get progressively bigger, so you can get a legit MTL draw on the first hole and a more airy yet restrictive lung hit with it wide open. I’ve also been experimenting with closing off all the holes which produces a real nice super tight cigarette-style draw.

The pods on the Doric are basically disposable plastic tanks. They run on replaceable coil heads that plug right into the bottom of them. There is a rubber flap on the bottom for filling. The mouthpiece is integrated into the tank and made of the same plastic material. I found it to be pretty comfortable. It has a slim diameter reminiscent of a real cigarette.

When I first got the device, I was scared to take the pod off because it felt like I was going to break it before getting to do this review. Eventually I was able to pop it off, but it took a good amount of effort that first time. Fortunately, once the pod is in—that thing ain’t going anywhere!

The tank sits on top of the device unconcealed—making it even easier to monitor your liquid levels. The pods hold 2 mL of e-liquid and are compatible with their latest ITO line of coil heads. They feature a slightly tinted plastic, with just enough of a tint to look cool, but without making it hard to see how much juice is inside. Well played, VooPoo.

Unfortunately you can’t change coils with a full tank, but that’s pretty common with most pod systems in general. When filling the pods, be sure to hold them upside down! At first, I thought they were just impossible to fill but I figured it out (after only losing a few mL of precious juice). It will get pretty messy otherwise, but luckily can be avoided by just filling the tank properly.

I’ve only used the device for a week, but in that time I didn’t experience any other major issues. No dry or burnt hits, no leaking, no flooding or spitback! I didn’t even notice any major condensation buildup, so VooPoo must have done something right with these pods! I don’t like to say any tank is “leak proof”, but this is as close as you’re gonna get these days. As a bonus, the pods are relatively easy to rinse out and clean when changing flavors or coil heads. 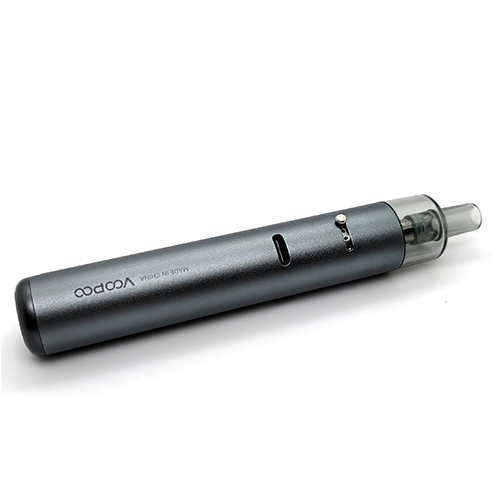 The Doric has a 1500 mAh internal battery capable of three power output settings. They range from 8 to 18 watts and are indicated by red, blue and green lights respectively. Unfortunately, the battery life indication uses the same colors. Here’s a rundown of that:

This can vary with your output settings. I find that the lower settings delivered more than enough power for nic salts. You’ll need a pod installed when changing the power setting by clicking the power button three times, which I don’t like doing with a fresh coil installed because you have to pulse the coil a few times which sends power to it without air, so that can shorten its longevity.

Charging the Doric takes about an hour using the included USB-C cable, which is good. All in all, the Doric has a large battery capacity considering its relatively low power output. I ran though a few tanks real quick with 6 mg e-liquid, but not so much when I use 50 mg nic salt.

I tested the Doric using a variety of nicotine strengths and e-liquids ranging from 50 to 70 VG. I started out with some 15 mg nic salt which was a bit underwhelming. I blasted through that first tank in an evening. Then I tried some 50 mg nic salt and it felt like overkill. So it must be very effective at delivering nicotine—almost too effective! Eventually I also tried out some 70VG freebase juice and the coils showed no signs of struggle with wicking the more viscous liquids.

So, the Doric did just as well with regular 6 mg freebase e-liquid as it did with nicotine salt. I prefer it with nic salt because of the lower power output, but it’s good to know that it can do both. I could also see the Doric 20 being a nice starter kit to use for vaping CBD vape juice.

Both coils provided a similar style draw, depending on your airflow configuration. I’ve been chain vaping on both of them daily for the past week and there hasn’t been any noticeable drop-off in flavor. I have ran through at least 4-5 refills with each coil. My projection is that I’ll probably get at least another week out of both of these coil heads. I didn’t notice a drastic difference between the two resistances, but I would suggest reserving the 1.2 ohm coil for the highest nic content.

All in all, nothing to really complain about in terms of performance. Most of the cons I listed pertain more to the design itself. It took me a few tries to learn how to fill it properly. That could have been a dealbreaker, because if I couldn’t figure it out then what chance does a beginner have? Fortunately, that whole situation can be avoided by simply filling the tank a certain way.

Whether you think of it as a pod or a pen, the Doric is a solid beginner device. It pays homage to the design that started it all, while incorporating all of the modern tech developed over the years. This form factor lends itself well to former smokers, which is why the Doric is great for beginners.

There were a couple of quirks, like the LED indication, filling method and the rubber bottom. I could also see the pods being difficult to remove for people with weak hands. But at the end of the day, the performance tends to outshine most of the cons, in my opinion at least. If you’re looking for a modern take on the classic vape pen, I would suggest checking out the Doric 20 kit. What was your experience like with the VooPoo Doric? Leave a comment below.

Quitting smoking is one of the hardest things a person can do. Ever since I took my first puff on an e-cig, I knew it was the only way out. Since then, I've turned my passion into a reality—testing hundreds of vapor products over the years. My goal is to save people time and money, while making their transition into vaping a smooth one. When I'm not writing, vaping or writing about vaping, you can find me playing the drums or cruising the streets of Brooklyn, NYC.