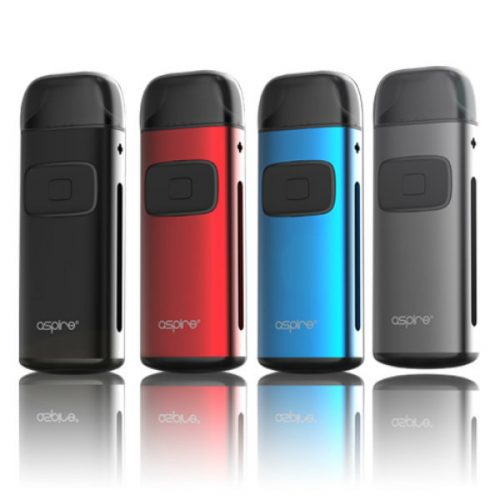 Aspire Breeze Review – What I Learned in Two Weeks 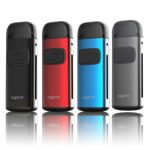 If you’re trying to get into vaping, you probably shopped around and came across the Aspire Breeze and wondered — is this the right device for me? With the overabundance of e-cigarette brands, mods, tanks, and accessories, it’s no wonder that many potential vapers (maybe yourself!) are overwhelmed when choosing their first device. But rest assured, by the end of this article you’ll have all the information you need to decide if you should buy the Aspire Breeze.

Its relatively inexpensive price, advertised ease of use, and seemingly good portability were all attractive features that made it impossible to resist trying it out. I spent two weeks using the Aspire Breeze as my sole vape, and in this in-depth Aspire Breeze review i’m going to be sharing my honest experience with this compact vape. I’ll tell you all the things I liked and didn’t like, with some helpful tips and tricks as well!

The Aspire Breeze comes in a small but solid box and the packaging looks good. Once you slide the box out of the sleeve and open it up you’ll find:

Alright, so a few things to note here about the contents. First thing is that while you get two coils, there isn’t one that comes preinstalled in the device; you’ll have to use one of them to get started (To be clear: one coil you’ll have to use for the device, one is a replacement).

The other thing is that the Micro-USB cable is short. The cable is maybe 2 inches (5 cm) long and so you’ll definitely want to save yourself the frustration and inconvenience of using that cable, and get yourself another one. Any cheap Micro-USB cable will do really. Other than that, nothing too exciting about the contents. I mean, unless you consider replacement rubber O-rings and air-tight seals exciting. I won’t judge. 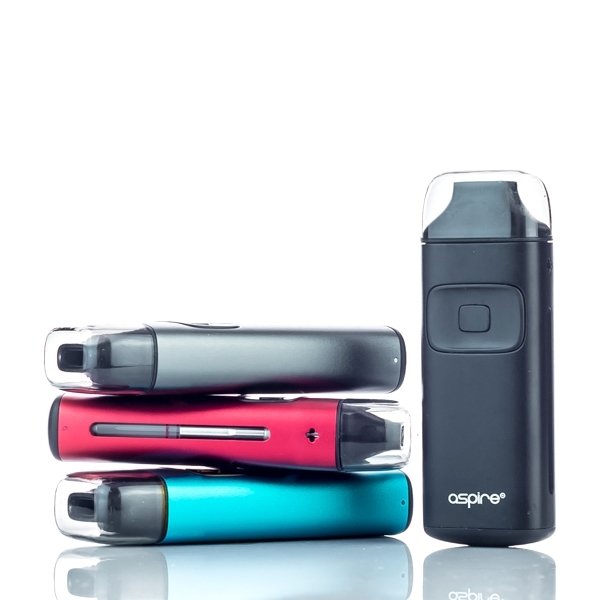 The Aspire Breeze is a simple, small device that’s about the height of a credit card. Part of this simplicity lies in the inability to adjust anything on the device. This makes it an attractive option for someone new to vaping and looking for their first device, but this also makes it much less desirable for experienced users. The Breeze uses unique Aspire 0.6ohm coils, and provides an easy entry to the world of sub-ohm vaping and vaping in general.

It has a nice looking, sleek metal finish and rounded edges. However, while it looks good, this results in it being a little slippery so you’ve gotta be pretty careful when using it. Unfortunately, I learned that the hard way. That being said, it does have a few dings in the metal, but it’s still functioning fine and the glass tank never cracked. However, if you weren’t as lucky as I was and you broke the tank, there’s no easy fix and you’ll have to buy another one. (We’ve provided some links to reputable shops down below if you’re wanting to buy another Aspire Breeze!)

The Aspire Breeze features a 2 ml. glass refillable tank with a vertical, transparent window. This window spans the side of the Breeze so that you can easily see how much juice you have left. The window is marked with a red fill-line so that you know how much juice to put in and don’t end up with gurgling or juice in your mouth.

In order to fill the tank, you first have to remove the mouthpiece from the top of the device with a firm pull. After that, the underside of the mouthpiece has a little metal bar that you use as a sort of screwdriver to unscrew the chimney from the tank. Next, you have to take the coil and screw it onto the bottom of the chimney. Then, just fill to the line and screw it back on. While this sounds simple, it can get to be a little messy, and is a little more complicated than I would like. Could definitely be simpler, but overall nothing that is too much of a hassle.

Now, remember those rounded edges? Well, this means that it can be precarious to stand the breeze up vertically on a table. Not a big deal though, right? And It isn’t — until it comes time to fill up the tank. That’s when you realize how inconvenient it can be. The top-fill design means that you’ll have to hold it to fill it, or put it down on a stable surface and pray that you don’t touch it at all. The smallest tap or movement of the surface will send it toppling over. This was pretty frustrating, and definitely something I didn’t like about the design.

The device turns on and off by pressing the button five times. To begin vaping, simply draw on the mouthpiece and enjoy! The Aspire Breeze features automatic-fire when you draw so that you don’t have to be inconvenienced with holding down its pesky button. Fancy. However, if you prefer you can also hold down the button. I found that holding the button as I lifted it to my mouth resulted in bigger and smoother draws.

One idea I really liked about the Breeze is that it comes with a cap for the mouthpiece. With other vapes (especially the stick battery + mini tank setups) I found that lint and bits of dirt from your pockets would sometimes find their way into the mouthpiece. Last thing you want is stuff in your mouth when you take a draw.

The mouthpiece cap solves this problem, but my only gripe is that it’s extremely small, and thus prone to being lost. Extremely prone. As a matter of fact, I’m not really sure where the cap for my own Breeze is… So while I like the idea of the cap, in reality it’s only useful if you don’t lose it and I would’ve prefered if it was attached by a little lanyard of sorts. Even better would be if it attached to the bottom of the Breeze similar to a pen or a marker, but sadly it doesn’t. Oh how I wish it did though, would’ve garnered more points from me in the build quality department for sure. 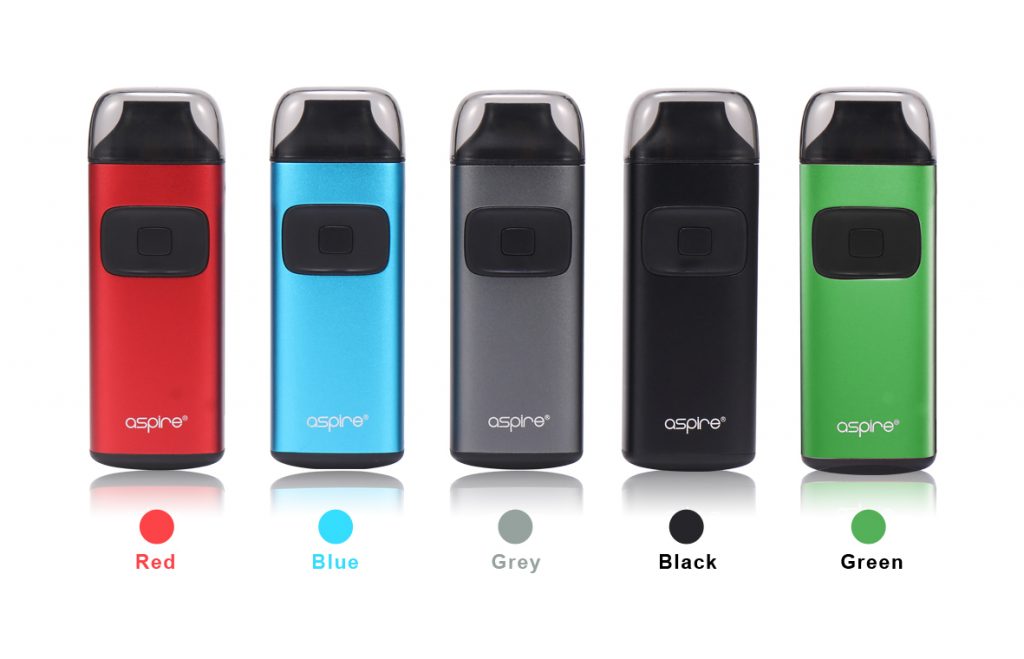 For a small device, the vapor production of the Aspire Breeze is actually pretty decent. It can put out some rather big clouds, and the taste is above-average for such a relatively inexpensive device. While you can get more flavor and a smoother hit by using more expensive mods, for the price of the Breeze I found it to be good quality and value.

At 0.6ohms you would expect the vapor to be a little hot, but the vapor is pleasantly cool and smooth. Taking large draws was not a problem for me using 6mg nicotine, and provided a nice head rush.  One thing I noted is that although I found the vape to be smooth, it also left my mouth more dried out than other vapes. Not sure why, but nothing major. As with any vape though, make sure to drink plenty of water!

In my use, I found that the flavor quality greatly depended on the juice, more so than other vaporizers that I have used. For example, using a more light and subtle flavor like VapeTime’s “Quad Berry” didn’t bring out the full flavour as well as other more powerful mod/tank combos. However, when using flavors like VapeTime’s “Original Sin” I found that the vapor production and flavor quality were more than acceptable and enjoyable.

Lastly, i’m a heavy vaper, and I like to be vaping all the time. But because the tank is only a 2ml. capacity and the Aspire Breeze is a sub-ohm device, I had to refill the tank every day. The low tank capacity and sub-ohm combo eat your juice pretty fast, but this also depends on the type of juice you’re using and the amount of nicotine in your juice.

Overall, i’d say that the vapor quality, production and temperature of the Aspire Breeze are pretty good for an inexpensive, simple device. You can get some really good flavor and personally I enjoyed using it with as many flavors as I could. The coil required change about once every 5 days to a week which is pretty good if you ask me. 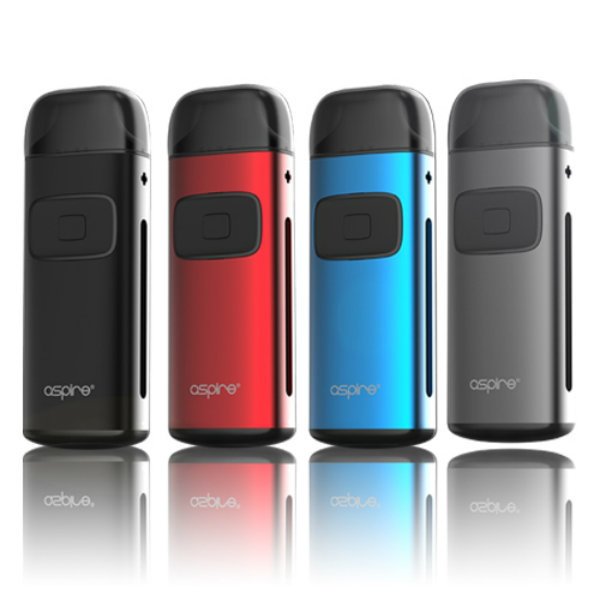 The Aspire Breeze comes with a non-removable 650mAh battery built-into the body of the device. It charges using a Micro-USB cable but as I previously mentioned, make sure you get one that’s longer. If you’re anything like me though, you probably have at least 7 Micro-USB cables in varying states of usability from phones and electronics that have since gone the way of the Dodo. So just use one of those. Trust me, if you try to use the absurdly small cable that comes with it, you will regret it.

Now that that’s clear, more about the battery itself. If you’re a heavy vaper like myself, you’ll probably wind up having to charge it closer to the end of your day. It’s to be expected from such a small battery though. Conversely, it charges rather quickly so it didn’t end up being much of an inconvenience. In the last week of using it, I ended up charging it through the USB port in the car whenever I was driving, and that helped boost my usage time by a fair bit.

But I also got one other thing in the last couple days that proved to be the most useful. The Aspire Breeze Portable Charging Dock comes with a 2000maH capacity that quadruples your battery life. Personally, it proved to be extremely useful and I would definitely recommend it.

The tank window lights up whenever you draw on the Breeze, and the color lets you know what level the battery is at. It has a magenta/purple colored light when it’s full, a blue colored light when it’s around half charge or lower, and an orange light that comes on when it’s near depleted. Eventually when the battery is completely drained and you go to take a draw, the orange light will blink a few times and no vapor will be produced. That means it’s time to find a USB port. Preferably one that you own or have permission to use would be a good idea. Don’t make the same mistake I did.

Final Verdict on the Aspire Breeze

When it comes to the Aspire Breeze, would I buy it again? Personally, yes. I found that it was convenient to take around, and that the smoothness of the vape and its flavor profile was nice and enjoyable. I would definitely recommend the Aspire Breeze to anyone who is looking to get into vaping, or looking to get into sub-ohm vaping. It’s inexpensive price and good build quality and vapor production make it an attractive device to pick up.

The auto-fire draw system is something that you don’t find on many sub-fifty dollar devices, and the fact that the Breeze comes with it for $24.99 is awesome. Below you can find a couple of the places where you can order the Aspire Breeze online for the lowest prices out there. Be sure to tweet at us or send us an email with any question or comments you might have about the Aspire Breeze!