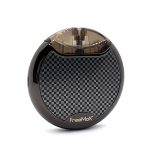 Freemax is a vape company that has been around for a little while now. They’re widely renowned as the first company to bring mesh coils to the sub-ohm market via their Freemax Fireluke tank. Since then, they have brought numerous tanks, mods and pods to the market and, on the whole, I think all were well received.

The Maxpod Circle kit is indeed something a little different. Not in terms of operation by any means (it’s a pod, we get it) and for those of you that are getting a little sick of them, I apologise. However, like it or not, they are devices that sell well and they are possibly the biggest attraction to take smokers away from cigarettes; and that is really why we are all here, isn’t it?

What originally intrigued me about this one is the shape… Spoiler alert from the get go — it’s a circle! Recently, Freemax released the MaxPod which was more or less your standard shaped pen kit and pretty awesome to boot! So if the round shape isn’t your thing, you can find that review here. So, why the circle kit? Who knows? But join me as we delve a little deeper into this new pod device. 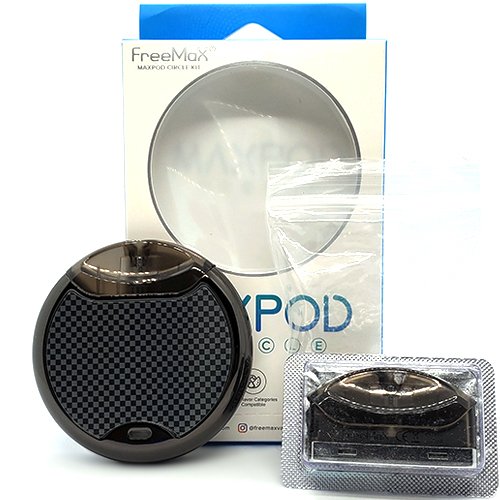 The design of the Maxpod Circle Kit is something that I quite like; the circular design gives it something a little different. It has a really nice weight and it’s available in four different design finishes: Resin Black; Resin Yellow; Carbon Black and Carbon Red.

I have the Carbon black here for review. It has very nicely finished carbon panels on either side and an almost gunmetal design which encases the whole thing. Whilst it has a good weight, it’s also pretty small, hence the inclusion of the neck chain in the box to wear it around your neck should you wish. I’m not into that at all but to each their own.

The pod snaps into place at the top and completes the circle design rather nicely. There is a gloss finish to the device so you will see a few fingerprints but this doesn’t bother me on a device this small. Plus, the surface area is just not big enough for it to be an annoyance.

On the higher parts of either side you will find a connection point for the neck chain and the corresponding location on the other side will have your on/off and fire button. The standard 5 clicks on/off applies and I’m thankful for the fact that this device is triggered via auto fire as well as the button. I say this because it’s just not a comfortable place for the fire button to be and for me I really didn’t use it at all asides from testing.

Looking at the Freemax website they do claim that the side fire button is a child resistant design but I’m not sure where that comes into play. Possibly just in its placement? Whilst I find this a con for the most part, this is clearly not how it’s intended to be vaped so we can let that one slide.

At the bottom of the front panel is a small LED which will flash to represent battery levels and any fault in the use of the Maxpod Circle.

Overall I like the design and the build quality is very much at the better end of the scale.

The Maxpod Circle has pods with built-in coils. This is a disposable system which is something most pods used to do. I can’t help but feel they have missed a trick here. Not only is a replaceable coil system better for the environment, but it’s ultimately a better experience for the user too so this is going to be a con for me. That said, there are many pros around this pod which we are now going to get into.

Freemax states that the pod material is made of PCTG and that it is compatible with 99% of ejuices. They also state that it will happily take 6 to 8 refills before you notice a drop-off in flavour. Some plastic pods do suffer from the use of acidic juices or salts and this can cause cracking over time, I personally didn’t have any of these issues using the Maxpod Circle kit, although only time will tell.

I can say that the pod held up far beyond the recommended 6 to 8 fills — It was a little under two weeks until I felt the need for a new pod. Sadly, I didn’t keep count of refills but I’m a daily consistent vaper so i know it was many more.

Pod capacity is the standard 2ml and is refillable from a rubber bung situated at the side of the pod. It’s a good sturdy bung, very easy to open and easy to refill.

In the time I have been testing this device I have had zero and I mean ZERO condensation or leaking from the pod at all! It’s fantastic and dry as a bone. Bravo Freemax!

The coil itself is referred to as the ‘FM SaltCoilTech 2.0’. It’s very similar to the coil used in the previous Maxpod kit with some slight tweaks. Touted as providing a stronger throat hit, 15% better durability and compatible with salts or freebase its impressive indeed. To be honest I wouldn’t expect anything less from Freemax as their coils are notoriously good in all tanks and devices. 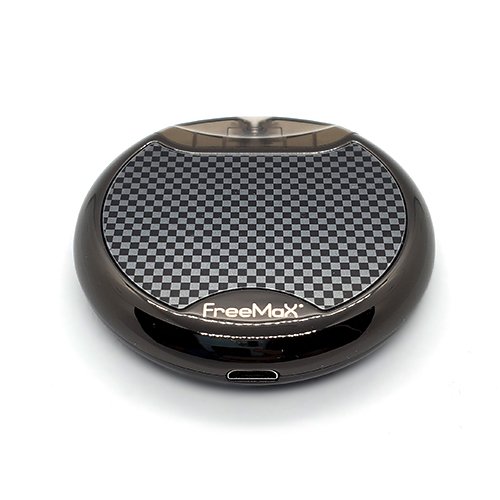 With its 550mAh battery, the Maxpod Circle has ample battery life. I found that it would last the whole day with average use and the constant output voltage ensures that your vape always hits just the way you want it to.

It’s a shame that we didn’t see USB-C charging. This isn’t a deal breaker by any means but charging is just faster and more efficient when using a superior technology. You are looking at a charge time of around 70 minutes from dead. This could have been much quicker with USB-C. 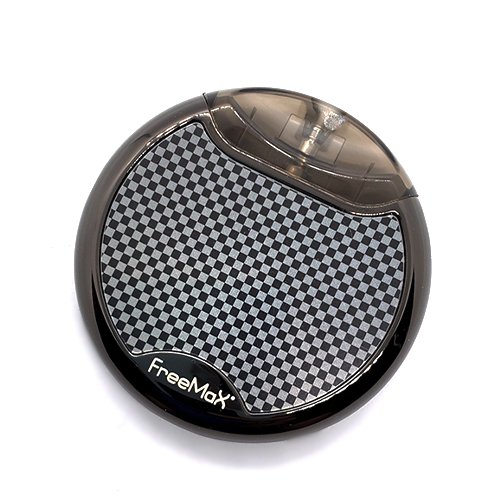 Let’s get down to the nitty gritty and talk about the performance of the Circle Kit. It’s a very easy to use system and like most pods it’s “plug and play”, quick to set up, easy to fill, and simple in operation. People love pods due to their simplicity and who can blame them? I will always favour the idea that if someone is trying to quit the stinkies then you cannot go too far wrong with a pod device.

The circle kit has a very satisfying vape quality. I suffered zero dry hits in my testing and the flavour delivered from these pods is right up there with the likes of the Caliburn. I found the design of the device pleasing and the mouthpiece is much more comfortable than I expected. Now, that’s not to say that I don’t prefer a mouthpiece akin to the Caliburn but it by no means puts me off.

The airflow is unfortunately non-adjustable, and while this has the potential to be a con in the grand scheme of things, I found it to be a near perfect hit for MTL. Now, we must bear in mind that airflow is extremely subjective. I have made many references to the Caliburn in this performance section of the review but being that it is one of the most well known pods, it’s a fair benchmark for comparison. The Circle Kit is ever so slightly more restrictive than the Caliburn — it’s a nice warm vape and I had no gurgling or turbulence from it either.

Overall, I really enjoyed testing the Freemax Circle Kit. Some would argue that the circular design is somewhat of a gimmick but I liked it. If you are looking for a small, quirky, but well-built pod system with fantastic coils, solid flavour and a satisfying vape, it would be money well spent.

Just bear in mind that this is a system that requires full pod replacement instead of just the coil so availability in the future may be in question. We’ve seen this many times with pod systems such as this where they are released and great, but soon after you can no longer buy the pods and it becomes redundant. Obviously I’m not saying this will be the case here and I’m not privy to the overall plan for this device, but it’s still something to bear in mind before you purchase.

Hats off to Freemax though! I really liked the Maxpod Circle and, if pod devices are your thing, there’s every chance that you will like it too.