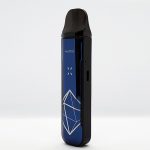 Freemax first became known for their Fireluke Mesh sub-ohm tank. Since then, they’ve come out with a host of hit tanks and devices like the Freemax Mesh Pro, Freemax Twister vape pen, and Freemax GEMM kit. But what they’ve been missing is a pod device.

Sure, they have the Freemax GEMM Pod kit. But if you ask me, that’s not exactly a pod vape — it’s more like a small box mod that uses disposable tanks.

The Maxpod is Freemax’s first true pod vape. It has a small pocketable form factor with a 550mAh built in battery. The pod has a 2ml capacity and uses replaceable coils. It works on a constant output voltage of 3.3V and features draw activated firing.

I’ve been using the Maxpod for a little over a week now and it’s proven to be quite an impressive device. So is the Maxpod worth the purchase? Keep reading for the answer!

The Maxpod was sent to me by Freemax for the purpose of this review. 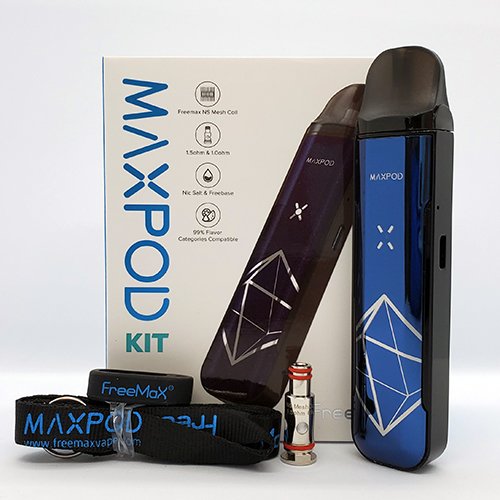 I’m going to start with how this thing looks because I really like the design. The frame is made of steel and zinc alloy. On my unit the frame is painted black. The panels are IML panels which are reflective with a subtle speckled paint. It looks good and the panels are quite grippy but they do hold fingerprints quite easily. There’s also a diamond shape on the lower half of the panel that keeps the Maxpod from looking too plain. It’s a simple design element that looks good without being too much.

There are no buttons on the Maxpod because it’s a purely draw activated device. Vaping is as simple as drawing on the mouthpiece. You won’t have to worry about accidentally pressing the fire button and having it fire in your pocket.

Size-wise the Maxpod is easily pocketable and portable. The design reminds me a lot of SMOK’s Novo 2 but the Maxpod is a bit taller although not quite as wide. It’s 101mm tall, 22mm wide and 14mm thick and it weighs a comfortable 56.3 grams. It’s a light device but it weighs enough that it doesn’t feel cheap or fragile.

If lanyards are your thing, Freemax includes a lanyard in the package. There’s no anchor on the device so this is a loop lanyard that goes around the body of the Maxpod. Because the Maxpod only weighs 56.3 grams, it’s comfortable to wear around the neck and most of the time I forget that it’s there.

The pod magnetically attaches to the battery and sits securely in place. There’s only the tiniest bit of wiggle and that’s if I’m actively trying to wiggle the pod.

All-in-all, the design and built quality of the Maxpod are great. The IML panels hold fingerprints and smudges but that’s really the worst that I can say.

The Maxpod pod has one of my favorite mouthpieces of any pod device. It’s a duck bill shape that curves in a slight semi circle and it really sits nicely on my lips. It feels natural to draw on and it’s extremely comfortable to use.

The pod is darkly tinted so it’s a little difficult to see inside unless it’s held up to the light. The pod has a 2ml maximum eliquid capacity and it’s filled through a port on the side of the pod. The rubber stopped isn’t very thick but it seems durable enough. It does what it’s supposed to and keeps eliquid inside the pod without any leaking out. The port isn’t huge but it’s large enough for most pointy-tip ejuice bottles to fill without an issue.

The Maxpod takes replaceable coils that pressure fit into the bottom of the pod. You get two coils in the package: a 1.0ohm NS mesh coil and a 1.5ohm NS mesh coil.

The 1.0ohm coil is a mesh coil with a wick made of 66.66% flax cotton & 33.34% organic cotton. Freemax states that this coil works best for nicotine salts between 20-30mg and for regular nicotine ejuices between 3-12mg. Because the Maxpod fires at a constant voltage output of 3.3V, this coil will fire at a constant 11W. 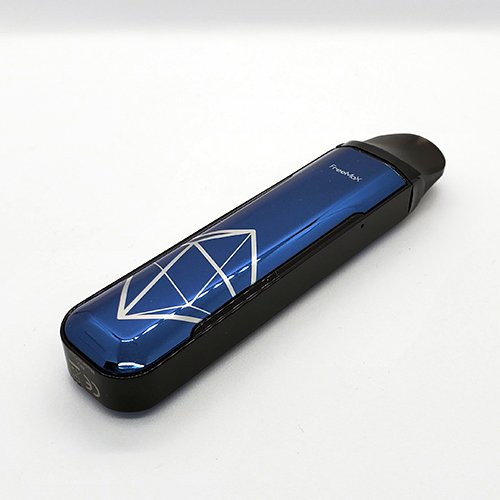 The Maxpod is a small device so I wasn’t expecting too much in terms of battery life. But after using it for a week now, it’s performed better than expected.

The battery in the Maxpod is a 550mAh capacity. There’s a small LED on the front of the Maxpod that indicates your battery life. The LED goes red and blinks a few times when the device is completely dead.

With the 1.0ohm coil I averaged about one and a half pods per full charge. When using the 1.5ohm coil I got slightly more vape time out of the device at just over 2 full pods. Nothing to write home about but certainly not bad for a small and easily pocketable device.

Although the Maxpod doesn’t have Type-C charging, the small battery still means relatively quick charge times. I timed 45 minutes for a full charge which is not bad at all. You’ll definitely have to charge the device every night or every other night at the least but it doesn’t take too long to recharge. 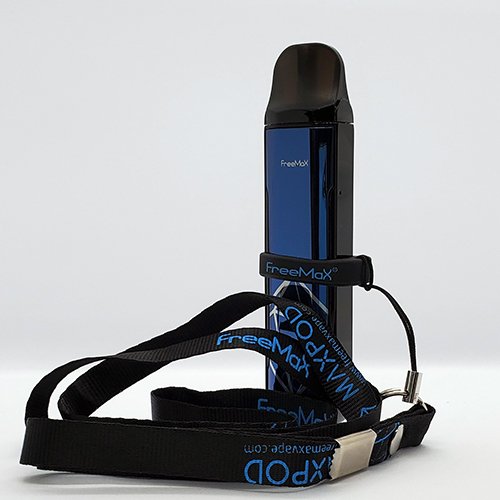 For how simple it is, the Maxpod performs at a surprisingly high level. I can even say that it’s one of the best performing pod vapes of this type and size. For starters the draw-activation works perfectly. Although the two coils give a slightly different draw, the draw activation works flawlessly with either. This is a relief because bad draw-activation on a buttonless device is basically a death sentence.

The 1.0ohm coil is a good coil if you don’t like too tight of a mouth to lung vape. It’s what I would call a “regular MTL” draw. More towards the loose end of MTL but still comfortably a MTL vape. The vapor is warm verging on hot but it’s pleasant. The flavor from this coil is good but nothing special or phenomenal which is surprising because I thought that the 66.66% flax cotton might have more of a positive effect on the flavor. Still, this is nowhere near a bad flavor coil.

The 1.5ohm coil is where it’s at for tight MTL lovers. It’s a tight draw but not so tight that you have to struggle to get a draw. The vapor is similar in warmth to the 1.0ohm coil but feels just a bit cooler. I used a fruit ejuice, a fruit/menthol ejuice, a dessert ejuice and a tobacco ejuice with this coil and the flavor is incredible. The flavor profiles of my ejuices are more defined than with most other pod vapes and I can really taste nuanced and subtle flavors.

I’m happy with how these two coils wick. The ejuices I used were 50/50 and 70VG mixes and I used them with both coils. Neither coil seemed to have an issue with either ratio of ejuice although I tried not to chain vape as much with the 70VG. Both coils also remained leak free during my testing.

For their first pod device, Freemax have done an incredible job. The design, size and shape of the Maxpod are perfect and the mouthpiece on the pod is probably the best one that I’ve used. The tight MTL draw of the 1.5ohm coil is a favorite of mine, as is the incredible flavor that it delivers. Add to this that there were no technical issues and the Maxpod is a real winner in my books. The dark tint on the pod and smallish battery are slight annoyances but not deal breakers but any means.

Highly recommended to anyone seeking a portable, high-performing MTL device.