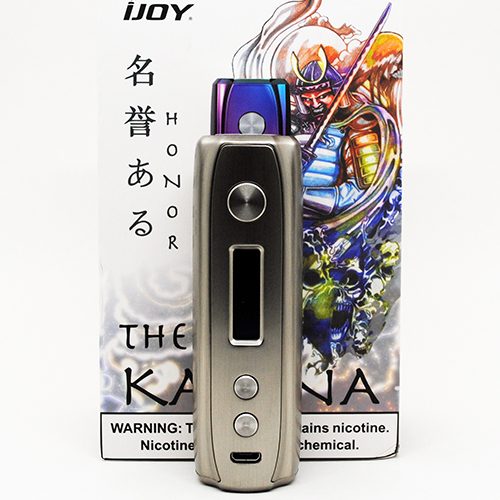 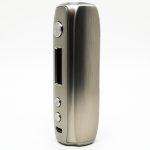 The Katana is a box mod from iJoy that is shaped like a vape pen. It’s got a 3000mAh built-in battery, 81W max output and comes with specialized modes for different types of vaping. There’s a MTL vaping mode, a variable power mode with soft, normal and hard settings, TC mode and more.

The Katana is powered by the IWEPAL chip and comes in seven different colors. I was sent this device by Vapeciga for the purpose of this review and I’m going to find out if the Katana is good enough to carve itself a space in the crowded box mod market.

The Katana is more a vape pen than a box mod. It’s got a tall and slim shape that is boxy but with curved edges and sides. It’s 94.5mm tall and 30mm wide so it isn’t too large. However, it is quite heavy at 120grams — much heavier than most single battery mods or vape pens.

The weight makes it feel solid but it also makes me afraid to drop it. A good drop would probably bang this thing up pretty well. The build quality is good though as the Katana is free of any manufacturing defects and very well put together.

The curves on the Katana make it nice to hold. It fits in my hand very comfortably and reaching the fire button with my thumb feels natural. The mod is a little slippery though so I had to be that it didn’t slip out of my hand. It’s a very smooth and refined finished.

I’m not a huge fan of the design because of how industrial it looks but that’s just my opinion. I did receive the stainless steel color for this review though so that probably has a lot to do with it. The other six colors are a little more fun looking and make the mod a lot nicer. A little color can go a long way. 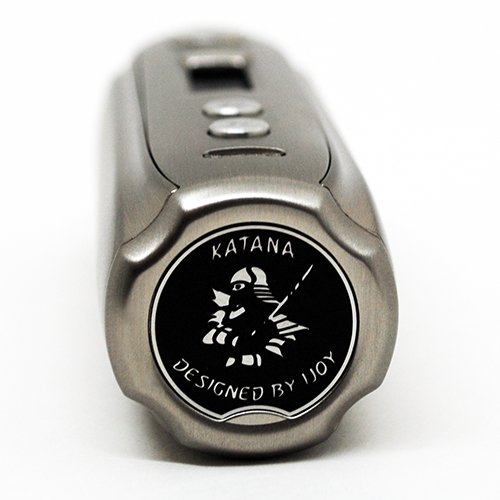 Aside from some branding on the bottom of the mod, the Katana is plain and free of visible branding. One side has the buttons and OLED display but otherwise the device is bare. The top of the mod has a spring-loaded 510 connector.

The fire and adjustment buttons on the Katana are rounded and look pretty nice. They rattle a little when touched though and make a hollow, springy sound that detracts from their build quality. When pressed they’re nice and clicky and work well. The buttons take a fair amount of pressure to activate, although not too much, so I didn’t have an issue with pressing them accidentally. 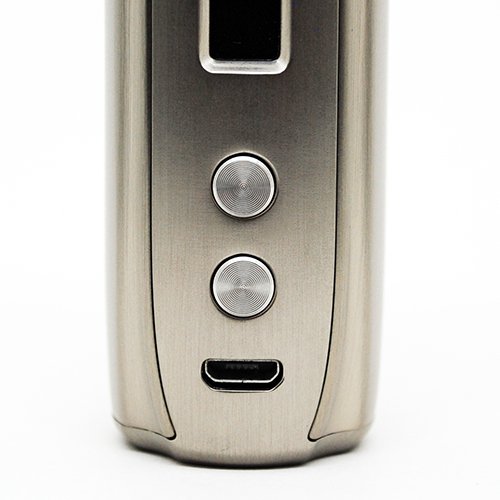 The screen on the Katana is a 0.91” OLED display. It’s bright and clear enough but it’s black and white and so it looks a little bit dated. Just under the screen and below the adjustment buttons is a micro-USB port for charging the built-in battery. 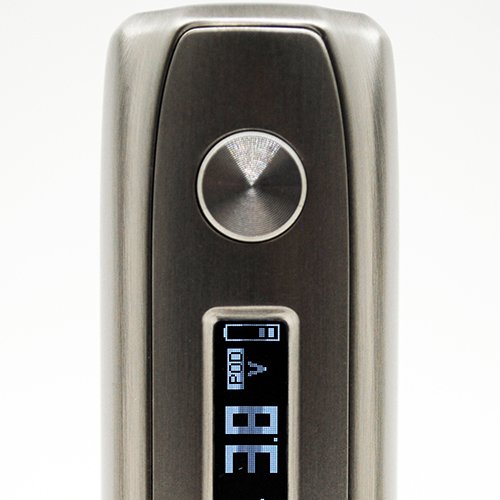 The Katana has a built-in 3000mAh battery. Pretty respectable for a vape mod that goes up to 81W. I got about a day and a half to two full days of pretty heavy usage when vaping at 60-70W.

For when you’re on the go, being able to plug in a micro USB to charge it instead of worrying about removing the battery and using an external charger is useful.

Charging times are just okay with the Katana. From completely dead, it took me about two hours to recharge the device.

The Katana is powered by the IWEPAL chipset. I honestly don’t know too much about this chip but it’s been pretty reliable while I’ve used the mod. No malfunctioning or any other problems so it seems to be good.

The UI is basic but displays everything you need. It will display your current wattage, battery level, coil resistance, puff time/puff counter and voltage. Simple but effective.

The Katana has a few different modes and a few of them are pretty unique and interesting. It has Pmode, MTL, Bypass, Pod, TC, TCR and Power modes. It will fire at up to 81 watts in Power mode and from 300-600°F in TC mode.

Press the fire button three times to switch between modes. The modes are:

The last option in the modes menu is “PUFFREST” which lets you reset the puff counter. I couldn’t find any other button combinations with the Katana so it seems like you’re unable to lock the buttons. A bit of a bummer but not a big issue. 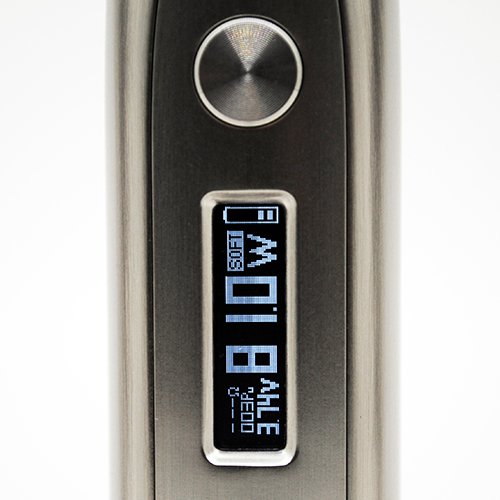 I’ve used the Katana for about two weeks now. In that time, it’s proven to be a dependable and well-performing mod. I haven’t messed around with it too much in temperature control mode but it’s a reliable wattage mode vape for sure.

The Katana fires instantly when you press the fire button and the wattage output is accurate. 70W is where I used this mod the majority of the time as that’s the sweet spot for a lot of tanks and coils.

The battery life is pretty good due to the 3000mAh battery. I think the Katana would do well as a backup vape for if the battery in your main mod dies. Not to say that the Katana isn’t a good vape on its own but it just seems like a good mod to carry around. There aren’t too many great built-in battery mods.

MTL mode works great with well, MTL tanks. With the BSKR V1.5 Mini RTA (a mod that works perfectly at 15W) it’s great. I do think that the MTL mode should go up to 25W though as this would be a more appropriate range for most MTL tanks on the market. 15W is great for the BSKR but it’s a little low for some other tanks. Hopefully a firmware update can correct this. 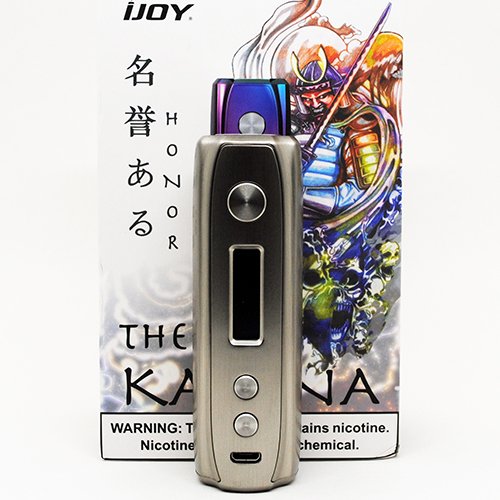 The iJoy Katana is a good mod. It’s got an ergonomic shape and feels good to use but it’s a little on the heavy side. The design might not be for everyone but it does its job as a built-in battery mod. 3000mAh goes a long way at 60-70W and these days, that’s the sweet spot for many tanks.

The buttons on the mod feel a little cheap due to the springy sound they make when touched but that’s the only real downside to the build quality. In addition, the MTL mode should ideally go up to 25W. You can just use wattage mode and be very careful but that defeats the whole purpose of a separate mode.

If you like the look of it and are thinking of picking one up for wattage mode, I would say go for it. It’s also a great backup vape for if your main mod dies. With the Katana as a backup, you won’t be stuck without a vape!

What are your thoughts on the Katana? Leave a comment down below!