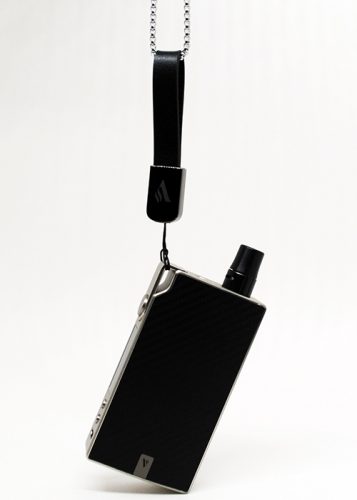 Vaporesso Degree Review: This Is One Hot Pod Kit! 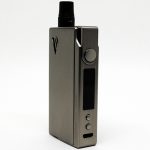 The Degree is the latest pod vape from manufacturer Vaporesso. Vaporesso have been absolutely churning out products this year and we’ve reviewed a bunch of them including the Vaporesso GEN kit, Target Mini II kit, Vaporesso Click and Vaporesso PodStick. None of them were a let down and so I’m expecting to see the same from the Degree.

The Degree has adjustable wattage from 5 to 30W, a 0.69” OLED display and a built-in 950mAh battery. It comes with two replaceable pods in the package which have a 2ml eliquid capacity and use Vaporesso’s patented PTF (push-to-fill) system. The Degree is a true pod vape; the coils can’t be replaced. I hope that they’ve got a good life span.

Vaporesso Degree Review: This Is One Hot Pod Kit! 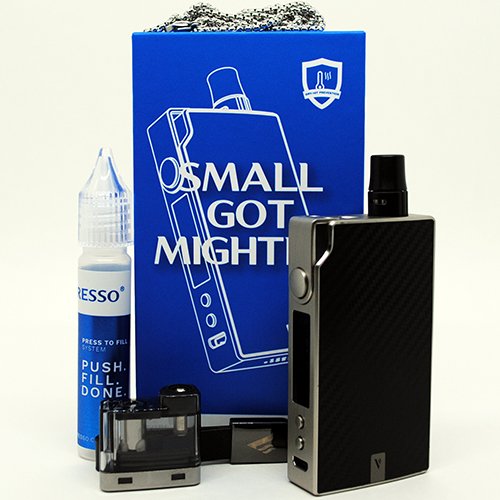 The degree is a nicely designed and well-built pod vape. It has a rectangular shape like a lot of recently released pod devices like the Rincoe Tix or Lost Vape Orion Plus. The Degree stands 90.5mm tall, 41.5mm wide and 16.5mm thick; it’s a pretty small mod. It’s also not too heavy but it does have weight to it. It feels solid and it’s definitely well machined — something that I’ve come to expect from Vaporesso.

The front panel comes in five different designs, four of which are really vibrant and attractive. In my case, I got the one that looks the most boring: a carbon fiber weave panel. It looks and feels good though. It’s also less in-your-face than the other designs so if colorful panels aren’t your thing then this is the design to get.

The back panel is removable and has a Vaporesso “V” laser cut out of it. This back panel is held in place by three magnets which aren’t very strong. I think that a drop would send the back panel flying off. The magnets should have been stronger. 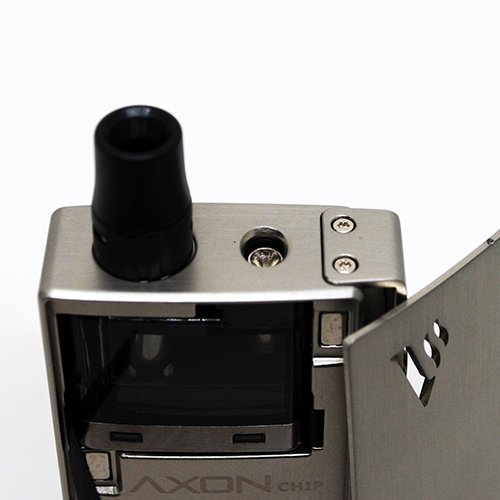 This back panel provides access to the pod which pressure fits into place. There’s a small ribbon that can be pulled to remove the pod from the device. On the back of the panel is a warning sticker with the recommended wattage for each pod; a thoughtful touch.

The top corner of the Degree has a spot for attaching the included lanyard or finger loop. The finger loop is really neat — it’s a quality accessory. It’s got a faux-leather strap and a mirror finish cap with the Vaporesso logo on it. I’ve been using it the whole time that I’ve had my Degree and it’s saved me from dropping it more than a few times.

The drip tip on the Degree is about the size of a 510 but it’s not one. It’s a unique drip tip that can’t be interchanged with any others. It’s comfortable enough though. This drip tip has an airflow control ring built into its base which consists of two wide slots. The ring isn’t on a stopper and spins freely.

Right next to the drip tip is a hole that lets you access the PTF (push-to-fill ) port of the pod. The back panel still had to be removed so that I could see what my ejuice level was but I didn’t have to take out the pod to fill. It’s a neat idea and it works really well. I’ve heard reports of leaking from the gap between the pod and the fill hole but I never had this happen.

My favorite part about the Degree is that it has a screen and adjustment buttons. The screen displays the set wattage, resistance and a puff counter. It’s crisp and vibrant. It’s also bright enough that I won’t complain but it does look a bit dated. 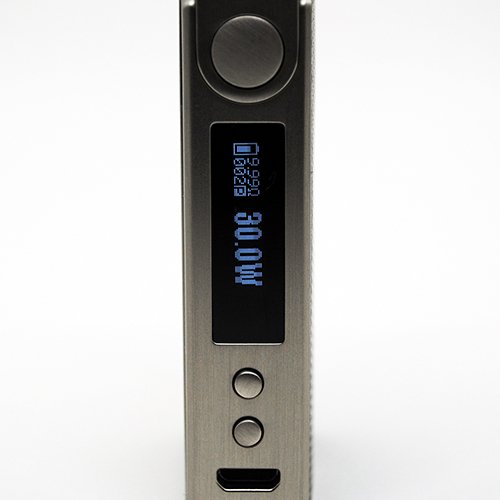 The Degree uses Vaporesso’s latest Axon chipset. It’s different than the one in the Vaporesso GEN (no menu and less modes) but it brings the same reliability and a few of the features too.

For one, the Degree has instant firing. The second that I hit the power button it’s working with no delay. It’s also got the same “Pulse mode” firing as the GEN. It pulses the wattage every 0.02 seconds for “more powerful, flavorful clouds with every puff”. I don’t think that it makes much of a difference on my GEN so I can’t imagine that it would be any different here.

Being an adjustable wattage mod, the Degree can be set from 5-30W. But if you’re using either of the included pods it will only go up to 12.5W with the 1.3ohm pod or 22W with the 0.6ohm pod.

It does this (presumably) to prevent the coil from being burned. I’m guessing that they’re going to release a lower resistance pod in the future that will be capable of the full 30W but for now, 22W is essentially the max.

The Degree has a “low eliquid reminder” that is supposed to display a message on the screen when the eliquid in your pod is nearly finished; I’ve never seen the message though. Either it popped up and I missed it or it just never came up, I don’t know. Either way, it should cut off the draw or something to make it more noticeable. My pod was basically bone dry and I never saw a low eliquid message.

There’s also dry-hit protection on the Degree. It uses Vaporesso’s “Auto Temperature Control” technology to prevent the coils from firing when dry. You can set the sensitivity of the dry hit protection by holding the power and down adjustment button until it displays a bar. This bar goes from 1-10 with 10 being the most sensitive and 1 being the least. This feature actually worked really well for me and I never had a dry hit with either pod. I kept my dry hit sensitivity set to 7.

This thing is jam packed with featured! Of course one of them didn’t work, but the rest is awesome to have on a pod device.

Set Dry Hit Sensitivity: Hold fire and bottom adjustment button. The dry hit sensitivity can be set from 1-10 with 10 being the most sensitive and 1 being the least.

The Degree comes with two pods:

These are the only pods available at the moment but I suspect that Vaporesso will release a lower resistance pod in the future.

The pods slide into the back of the degree and hold 2ml of eliquid. They’re basically see-through so it’s not a problem to check how much e-juice is left inside of them.

The fill port is Vaporesso’s push-to-fill system which they’ve been using on all of their recent pod devices like the Vaporesso Click and Vaporesso PodStick. You have to push the port down with the nozzle of your ejuice bottle to open up the valve and from there it’s straightforward filling. This PTF system works well and it’s basically leak-proof. You don’t even have to remove the pod from the Degree thanks to the hole in the top of the body. 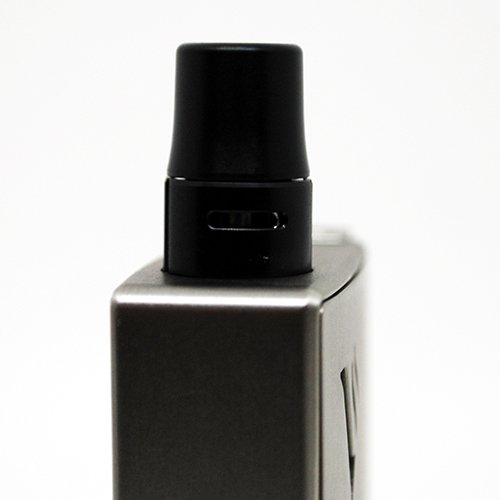 There’s an airflow adjustment ring on the drip tip that lets you change from an a restricted DTL to very tight MTL draw. Both pods deliver nearly the same airflow but the 1.3ohm CCELL pod is a slightly more restricted, not by much though.

There’s enough room with the airflow adjustment to find a draw that really suited my preference. I have to say that they did a good job with the range of the airflow on this device.

Built into the Degree is a decent size 950mAh battery and I’ve had good results with usage times. I averaged almost two days of use with the 1.3ohm pod at 12.5W while the 0.6ohm pod lasted just into the second day at 22W. Not bad at all.

I timed the charge at about 1 hour and 10 minutes using a wall charger and the included USB cable. Not bad at all. 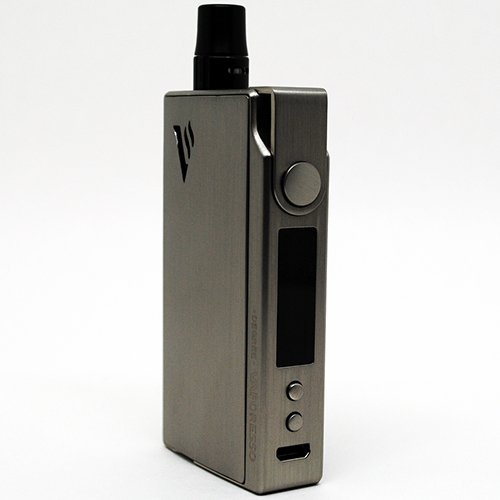 After using the Degree for a little more than a week, I’m impressed. It’s a solid and reliable pod vape that performs really well for MTL vaping.

I started testing with the 0.6ohm mesh pod and filled it with a 9mg, 70VG regular nicotine ejuice. The hit is nice at the max 22W and it delivers a slightly restricted DL draw with the airflow open. The vapor is warm but it could be just a bit warmer. Flavor is no slouch either. It’s a tasty vape that I really enjoy.

The 1.3ohm CCELL pod delivers even better flavor, if only slightly. I used a 35mg, 60VG nicotine salt in this pod at 12.5W with the airflow almost closed. The flavor is top-notch and the throat hit is also on point. The vapor is cooler than the other pod but I find it acceptable. As far as MTL pods go, this is a great one.

Both pods had no trouble wicking. They also never became dry with the dry hit sensitivity set to 7. On long draws the power would throttle down to protect the coil from burning but that’s exactly what I would expect a system like this to do. The protection is really well done and didn’t affect the performance at all unless I took unnaturally long draws.

One thing I didn’t notice was the pulse firing feature. I assume that it is there but I couldn’t tell if it was doing anything. The draws feel consistent and not like they’re pulsing but it could be the reason that these pods perform so well. I can’t say for sure though. 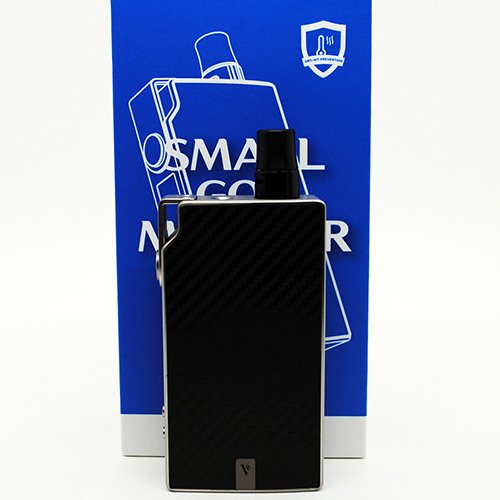 The Vaporesso Degree is a feature-packed, reliable little pod vape. It performs great with regular nicotine ejuices in the 0.6ohm pod and even better with nicotine salts in the 1.3ohm CCELL pod. The flavor and throat hit are top-notch and are definitely what I’m looking to get out of a MTL pod system.

The only real flaw is that the low eliquid reminder didn’t seem to work. It’s not a feature that you normally find so it’s not too big of a deal but I still want it to work if it’s advertised as a feature.

With everything considered, I feel confident recommending the Degree. Pick one up and you won’t be disappointed.