Home » Reviews » VaporLax Disposable Vape Review: We Put Them to The Test
DisposablesReviews

VaporLax Disposable Vape Review: We Put Them to The Test 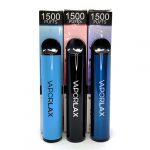 VaporLax is a vaping company that specializes in disposable vapes. VaporLax is owned by Mi-Pod, a company known for their beginner-friendly pod vapes like the Mi-Pod 2.0, so they definitely have experience with what vapers want. It’s safe to say that VaporLax isn’t just “another vape company”.

The VaporLax disposable is their namesake disposable vape. It’s a medium-large size device that comes filled with 6.5ml of nicotine salt ejuice in 50mg strength. They come ready to vape out of the box and each one is rated for 1500+ puffs. These also feature an airflow adjustment dial which allows you to tailor the draw to your liking. There are 25 flavors available.

Like VaporLax’s Sirius Disposables, these disposables have an industry-leading defective rate because each individual disposable is tested at the factory before being boxed and shipped. This should mean no more pulling a disposable out of the package only to find that it doesn’t work. 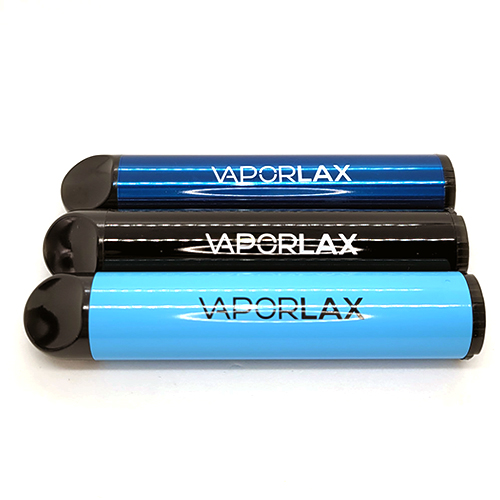 Having just reviewed VaporLax’s Sirius disposables, I can see a lot of similarities between the two devices but also their differences. VaporLax’s namesake disposables are tube shaped devices that are of a medium-large size.

These are nowhere near as thick as the Sirius disposables and much more portable. These are still larger than “traditional” stick disposables but they are a good and comfortable size.

Each VaporLax disposable comes filled with 6.5ml of nicotine salt ejuice in 50mg strength. They have a 1000mAh battery that is non-rechargeable and rated for 1500+ puffs.

The design is simple. Each one features a glossy shell that somewhat corresponds to the flavor that it holds. I say somewhat because out of the three that I received for this review, only one of them, Blue Razz, is really identifiable by the color. The other two, Icy Fruits and Tropical Punch, are colored light blue and black respectively and this doesn’t really give you an idea of the flavor inside. Luckily the flavor is printed on each disposable so it’s not hard to tell which flavor you’re vaping.

In addition to the flavor, there is a large VaporLax logo printed on each disposable but otherwise there is no other branding or decoration. Like I said, it’s a simple design. Nothing too eye-catching but they still look pretty nice. 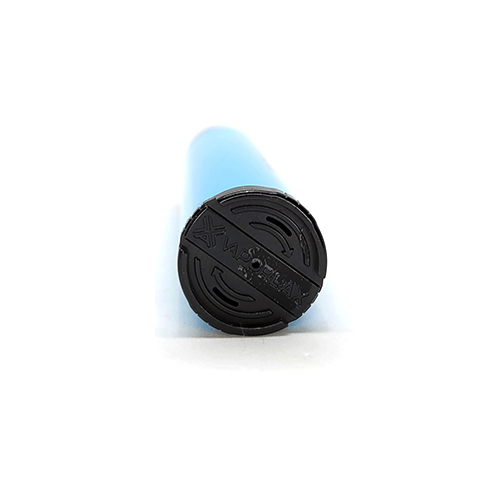 In total there are 25 flavors to choose from. This is more flavor options than most other disposables out there so there’s a lot of choice for what you want to vape on. The flavors are shared with VaporLax’s Sirius disposables, but there are more flavor options here. The options are mostly fruit and fruit/ice combos, but there are drink flavors like Orange Soda, and cereal flavors like Captain.

The black plastic mouthpiece slopes from the bottom to the top on both sides and gets narrower towards the tip. It’s comfortable to use and fits my lips perfectly. 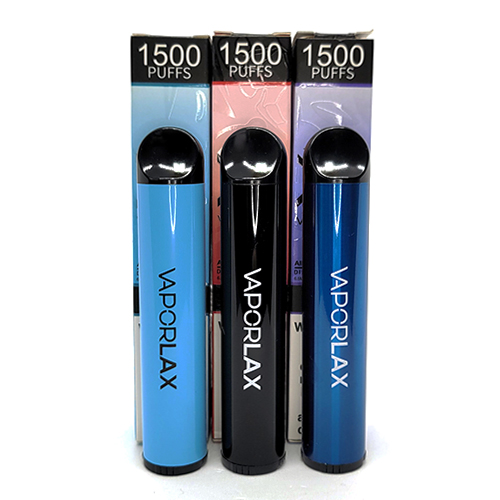 VaporLax disposables come in 25 flavors. As mentioned earlier, these are mostly fruit and fruit/menthol combos, but there are also a few unique flavors too. There is no tobacco flavor unfortunately.

This is a blue razz flavor with more raspberry than I’m used to but it tastes great. The inhale provides the blueberry flavor while the raspberry comes through strong and fully on the exhale. It’s sweet and tart, two characteristics that blue razz lovers will enjoy. Blue razz is a flavor that a company has to get right if they’re making disposables and this one hits the spot.

Out of the three flavors that I was sent, this one is my favorite. It’s a mix of guava, watermelon, and lemon that tastes like a tangy fruit punch drink. I even feel a light fizzy/carbonated taste/texture which is neat. Lemon is the only fruit that I can really put my finger on and say “Ah ha! I taste that!” but the overall taste is fruity and delicious.

Icy Fruits is primarily a lychee flavor but there are notes of citrus like a light lemon as well. Rounding off the lychee and lemon is cool menthol. The lychee flavor is authentic and the lemon adds a nice tang to it. The menthol brings it all together. 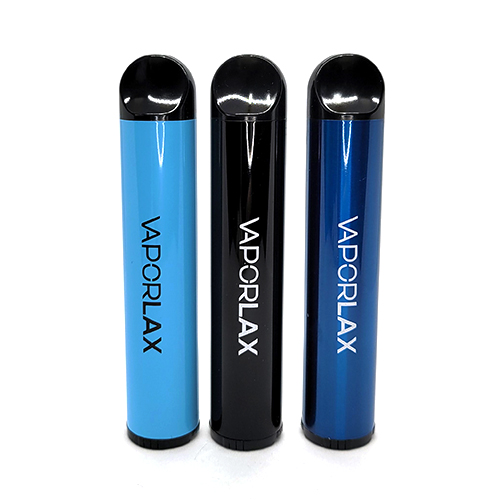 The draw from these is smooth but provides a nice throat hit ‘kick’. The flavors that I tried are great so you get good flavor and a good draw which are exactly the factors that make for a great disposable.

There is no maintenance required at all with these. Pick one up, take a draw, and put it down until you want it next. I mentioned in the introduction paragraph that each individual disposable is tested at the factory before being boxed and shipped which is great quality control. All of my disposables are still working as I write this review, and I used each one heavily. I have not had any issues with any of them; no ghost firing, no leaking, and no malfunctions.

The draw activation is perfect, even on the loosest airflow setting. They activate with just a light pull. You don’t have to struggle hauling on them to get them to activate which is obviously a bonus.

While I did not specifically count my puffs, all of my disposables are still going strong and have not shown any sign of performance drop off. They are all tasting and performing the same as when I pulled them out of the box. These are rated for 1500 puffs which I think is a reasonable rating. They have a 1000mAh battery so this should be more than enough to vape the 6.5ml of eliquid that is in each of them.

VaporLax’s namesake disposables are just as great as their Sirius disposables but with a few key differences. These disposables are the ones to get if you don’t want something as bulky as the Sirius, but still want a disposable that is going to last you and provide good performance. These are also worth getting over the Sirius if you want a wider range of MTL draws that you can fine tune.

The flavors are great and the draw is smooth and satisfying. The quality control is also a huge pro because you can have confidence that these are going to work out of the box. No one wants to pull a disposable out and find that it doesn’t work.

The main drawback is that there are no tobacco flavors. The color-coding of the flavors is also a minor con, but the flavor is printed on each device so it’s not hard to tell which flavor you’re vaping on.

In a sea of disposables, VaporLax’s offerings manage to stand out. I can recommend these to anyone in search of a solid disposable that is portable, provides a good MTL draw, and provides a large range of fruit flavors to choose from.