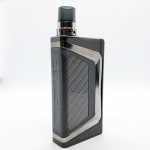 Up until now, the Lost Vape Orion DNA GO & Orion Plus were the only pod devices with Evolv’s DNA chip. Wismec have decided to change that and have come out with their own DNA pod vape: the Wismec Preva DNA.

DNA chipsets are a big deal. They’re known to be more accurate, more power efficient and more reliable than other chips. They’re also more customisable. By using Escribe software with the Wismec Preva DNA, you can change the wattage levels, LED colors and more.

By default, the Wismec Preva DNA has three wattage levels that will fire from 10-20W depending on the pod that is being used. It uses replaceable pods that have the coils built in and the pods have an airflow adjustment ring as well.

Does the Wismec Preva DNA have the Orion Plus beat?

The Preva DNA feels solid and premium in my hand. It has a rectangular shape like a lot of recent pod vapes and it’s quite small and compact. The Preva DNA is 96mm tall, 43mm deep and 18.6mm wide.

The chassis is made entirely of metal which makes it a bit heavy for such a small device; it weighs in at 136g. But the weight makes it feels like I’m holding a quality product that isn’t going to break the first time I drop it.

The Preva DNA has gorgeous carbon fibre panels that look and feel real, but I can’t say with certainty that they are. Around the carbon fibre panels are metal bands that look a lot like the ones on Geekvape’s Aegis devices. These bands are shaped the same way and have the same brushed metal coating. If I didn’t know this was a Wismec device I would guess that it’s made by Geekvape.

The Preva DNA is button activated and it has a large and oddly shaped firing button. I found it too easy to press and there isn’t enough throw to the button. It’s also not as clicky as I prefer. It’s a decent button but it needs a few tweaks to be perfect.

How to Use the Wismec Preva DNA 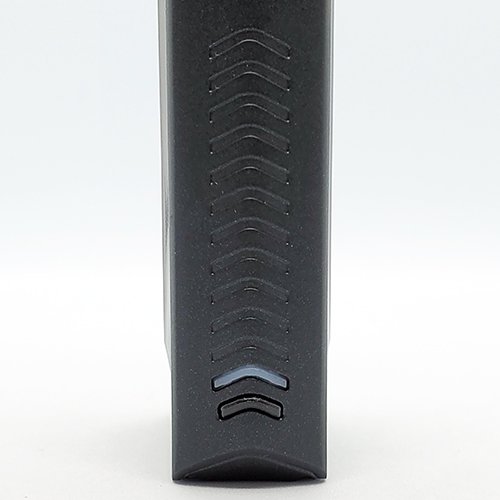 By default, the Preva DNA has three wattage levels: yellow, green and blue. Each one will fire at a different wattage depending on the pod that is being used: 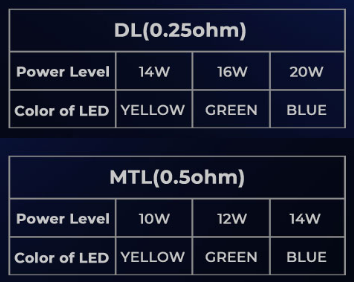 Pressing the adjustment button once will light up the LED and display which mode you’re currently in. Pressing it again will cycle through the output levels. Whenever you take a draw, the LED will also light up in the color of your current mode.

If you’re feeling adventurous, you can adjust all of the settings on the Preva DNA by downloading the Escribe software (scroll down and you’ll see the download link).

Once the Escribe software is installed, connect the Preva DNA to your PC using a micro-USB cable and you can adjust the LED colors and wattage outputs of each level for each pod. Once the settings are changed to your preference, remember to hit “Upload Settings to Device” and you’re done.

Even more neat is that you can add more than three power levels. By changing the User Interface to “Advanced” in the Options menu, you can select the “Mod” tab and set the number of profiles to whatever you like.

I added a fourth power level, pink, and made it 25W for a denser draw with the 0.25ohm pod. But before you change the power levels just keep in mind that setting the wattage higher could result in burning out the pod.

The possibilities are truly endless with a DNA mod. For the ultimate in customization and tailoring settings to your preference, there’s nothing like a DNA chip.

The 0.25ohm pod has a SS316 dual wire, simple build inside of it. The 0.50hom pod has a simple round wire build made of kanthal.

The pod attaches magnetically to the Preva DNA and only fits one way. There are tracks on the side of the pod to ensure that the pod fits in correctly. These tracks also ensure that there’s no wiggle when the pod is inserted. The magnets are strong and hold the pod securely in its place.

The pods are darkly tinted and have a 3ml ejuice capacity. Covering the fill port is a sliding door that clicks open and closed. This door is solid and takes a bit of effort to open. It’s a good and secure design — the door has worked perfectly and hasn’t opened on me accidentally.

The drip tip is part of the pod and it’s a standard 510. It can be swapped out with any other 510 drip tip which is awesome. Below the drip tip is the airflow adjustment ring with two slots. It has some resistance when turning and stays in place wherever it’s set. It’s not on a stopper but it can be fully opened, closed or anything in between.

Battery life from this little guy is impressive. The Preva DNA has a 1050mAh battery and even with the 0.25ohm pod at 20W, it lasts a long time.

The same LED that shows your wattage level also shows the battery level. To show the battery LED, quickly press the fire button twice. There are four colors:

At 20W with the 0.25ohm pod, I vaped just over two full refills before having to recharge. This was around two days of use.

Recharge times are good too, especially since it’s micro-USB, with a full charge in just over an hour. Unfortunately, the charge port is on the bottom of the device so it doesn’t stand up while charging. 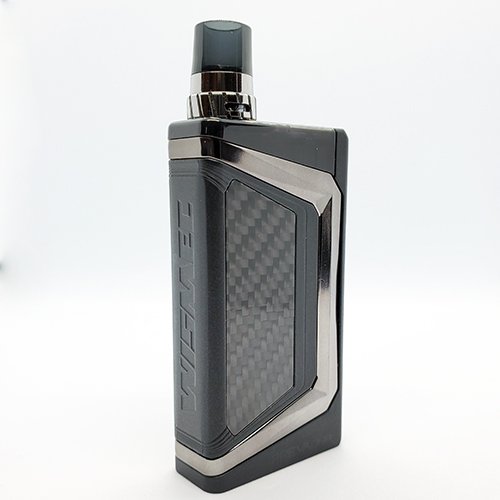 I first used the Preva DNA with the 0.25ohm pod that comes pre-installed. The pod took some time to break in, probably because of the mass of cotton that Wismec used for the pods. But after the first refill, the flavor started to come through. It’s not massively flavorful, probably due to the simple wire build. This pod would definitely benefit from a mesh coil to enhance the flavor because as it is, it’s average.

From 80VG right down to 50/50 the pod didn’t leak a bit. But with 80VG at 20W I tasted the cotton starting to get dry whenever I chain vaped. 70/30 worked much better and was more capable of handling multiple draws in a row.

This pod is advertised as being for DL draws so I kept the airflow open. It’s still a restricted direct lung hit and it’s not too open or airy.

The 0.50ohm pod was just like the 0.25ohm pod and took a refill before it started to deliver any real flavor. This pod is slightly less flavorful than the other but they’re close. Again, this pod could do with a mesh coil inside of it.

This pod also faces the same wicking issues and doesn’t vape as well with 80VG as it does with 70VG and lower. Using a 60/40 vg/pg salt nic it’s a nice throat hit on the medium setting that isn’t too strong or too harsh.

This is meant to be a MTL pod and with the airflow restricted it does deliver a MTL draw. But it’s a loose mouth to lung and not very tight.

The Preva DNA is a great device. The design and build quality are top-notch and the reliability and customization options that you get from the DNA chip are incredible. But when it comes to the pods, they just aren’t up to par with what’s available on the market. If these pods used a mesh coil it would probably be a different story. The flavor isn’t bad; it’s just not as good as it could/should be for a new device.

It’s a shame that this isn’t more flavorful because everything else about it is so, so sweet. I’ll be waiting for new pods for the Preva DNA but until then, I’m gonna have to leave this device on the shelf.