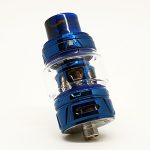 HorizonTech’s Falcon tanks have always been game changers. The original Falcon was a superb and flavorful tank and even better was their Falcon King. Now they’ve released the latest addition to the Falcon line: the Falcon 2.

The Falcon 2 sticks to the same general design as the other Falcon tanks but there are a few new features. One that sticks out is the cage that surrounds the coil but it appears to be mostly decorative.

It also has new ‘Sector Mesh” push-in coils instead of the threaded ones on previous Falcon tanks. These Sector Mesh coils are similar to the coils for the OFRF NexMesh tank and conically shaped. These coils aren’t compatible with older Falcon tanks and the Falcon 2 won’t take older Falcon coils.

The Falcon 2 has a 25mm base diameter, a 5.2ml max tank capacity, and a slide-to-fill top cap. If you already have a Falcon tank should you pick up the Falcon 2? 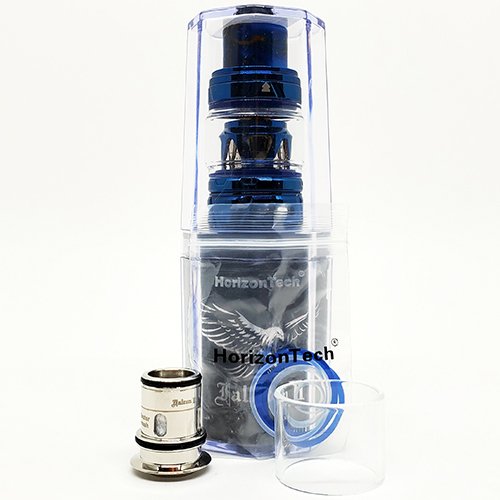 The Falcon 2 looks a lot like previous Falcon tanks. Compared to the Falcon King it’s not as big and beefy; it’s got a smaller base diameter of 25mm vs 26.2mm and it’s also not as tall. It’s a good looking tank and the blue pairs well with the majority of my mods.

The styling on the Falcon II is gorgeous. There’s a pattern of diagonal lines on the airflow ring and underneath the top cap. There are also some ridges on the tank just underneath the glass. It gives the tank some flair and separates it from other simple and mundane looking tanks. I’m a big fan.

Build quality is excellent. The threading is smooth and the machining is clean. The paint is also holding up to my less than gentle use so I have to give points here too.

It’s a standard 810 drip tip on the Falcon 2. It’s made of resin and color matches the color of the tank which is a nice touch. This drip tip is swappable for any other 810 drip tip whether it has o-rings or not.

Unlike the Falcon King and its push-button top cap, the Falcon 2 is slide-to-fill. I know what you’re thinking “Oh great, another tank that’s going to come open in my pocket”. That’s exactly what I thought when I first read the specs. But after using it for some time now I can confidently say that this isn’t the case. It’s rather stiff and takes just the right amount of force to open; I haven’t had it open in my pocket once.

The fill port is large and able to fit all types of ejuice bottles, big or small. When filling fast, ejuice pools around the port and doesn’t go in. Tilting the tank and filling slowly rectifies this issue.

The Falcon 2 comes with a 5.2ml bubble glass and a 3.4ml straight glass. It’s not the 6ml capacity of the Falcon King but it still fits a lot of ejuice. Good thing too because the coils are just as thirsty. I refilled this tank at least twice a day. That’s a lot of ejuice.

An important thing to mention is that the Falcon 2 hasn’t leaked. I’ve used the same coil with more than 50ml of eliquid and it’s still as tasty and leak free as when I first started using it.

The Falcon 2 comes with two coils but they’re both the same: 0.16ohm Sector Mesh coils. Like some other Falcon coils, these coils use bamboo fiber as the wicking material. As far as I can tell this 0.16ohm coil is the only one currently available for the Falcon 2.

Sector mesh coils are pretty much the same idea as the OFRF NexMesh coils. They’re wider at the bottom of the coil and narrow near the top, creating an upside down funnel. This concentrates the vapor as it reaches the mouthpiece which leads to better flavor.

These coils wick fast and they wick 80VG just fine. I’ve had no spitback or popping and, as I mentioned earlier, no leaking either. These coils are really good.

These coils push into the tank and don’t use threading like previous Falcon tanks so the Falcon 2 isn’t compatible with other Falcon coils. These push/pull coils are much easier to change though.

To change the coil you first have to unscrew the base of the tank. Then all you have to do is push the coil into the cage and it’s done. Extremely simple. 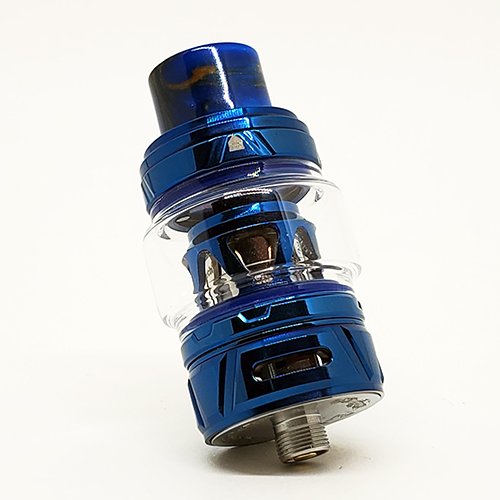 The Falcon 2 has three airflow slots at the base of the tank. They’re medium-sized slots and not super wide. The airflow ring is quite stiff and a bit difficult to adjust. The airflow can be completely closed and works on a stopper.

It’s a slightly restricted direct lung hit with the airflow wide open. It’s a smooth draw and restricted enough that I’m happy to leave the airflow like this. It’s a little on the louder side but there’s no whistling or turbulence.

Closing the airflow down restricts the airflow a lot and makes the draw too hot and uncomfortable at 70W. For me, this is a tank best with the airflow kept open. 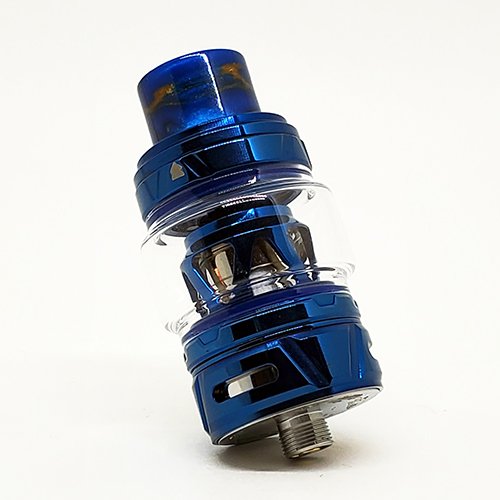 My goal when reviewing this tank was to find out if it’s better for flavor than the Falcon King. It’s a close call but my official ruling is that it’s at least on par and maybe even a smidge better.

The 0.16ohm coil is rated for 70-75W and that’s where I stayed. 70W felt like the perfect vape and really brought out the flavor in my ejuice. The coil takes no time to break-in so after the first couple of draws I was already getting amazing flavor. The Falcon 2 is definitely one of the best sub ohm tanks out right now.

The clouds from the Falcon 2 are no joke either. Crisp, smooth, massive clouds. I felt like a dragon. If you’re a cloud chaser I have no doubt that this tank will meet and exceed your expectations.

The coil wicks 80VG without a hitch. I chain vaped without ever coming close to a dry hit. On the other side of things, 50/50 also wicked quite well and didn’t leak either. Coil life is also excellent. I’ve been through over 50ml’s on a single coil and it’s still just as flavorful and leak-free. These coils are really good.

Now for the downside to this tank: the amount of ejuice it guzzles up. I went through two refills a day easily at 70W. That’s 10ml of eliquid! The flavor is amazing so I can’t complain but if you’re trying to go easy on your ejuice then this isn’t the tank to do it with. At these rates, 60ml bottles will only last a week.

The sector mesh coils deliver massive flavor and clouds without wicking issues or leaking. My only concern is with how fast this tank goes through eliquid but that’s a combination of how effectively the coils vaporize the ejuice and me vaping like crazy because the flavor is so good.