Uwell Caliburn Koko Review: I’m In Love With the Koko! 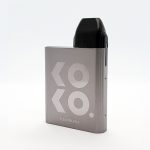 Uwell has been steadily releasing great kits and tanks like the Nunchaku 2 vape pen, Valyrian 2 tank and Amulet vape watch.

Could the Koko better than the Caliburn and is it worth your money? Keep reading to find out. 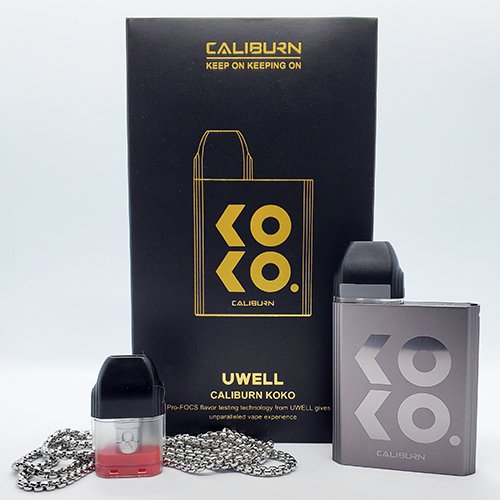 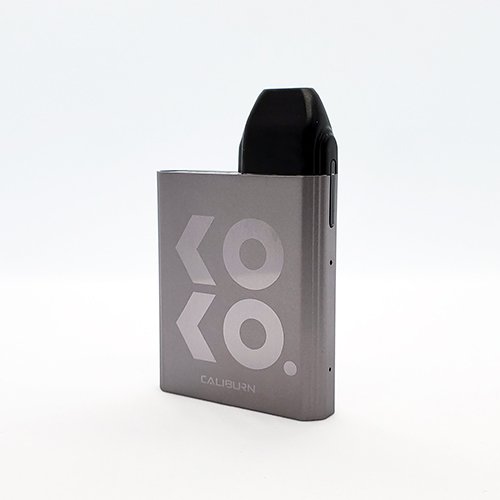 The Caliburn Koko uses Uwells BEIN chipset and it comes with new 1.2ohm pods that are compatible with the original Caliburn. The Koko can use original 1.4ohm Caliburn pods.

The Koko has a 520mAh battery and an 11W maximum wattage output — the same as the Caliburn. It’s a draw activated device so there are no buttons; simply inhale on the mouthpiece to vape. 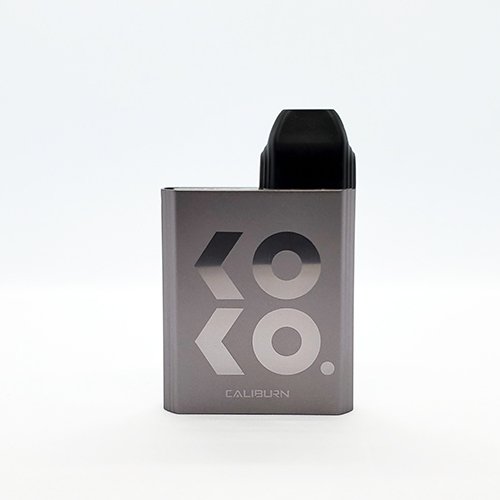 The Caliburn Koko is small, square shaped and really light. It’s made of the same aluminum alloy and the paint is the same too. Including the pod, the Koko is 67mm tall, 43mm wide and 12mm thick.  It’s tiny!

Build quality is excellent and there’s nothing that sticks out as poorly done. The machining is clean and the pod fits neatly into place. The Koko logo on the front and back of the device are shiny and pick up fingerprints though.

A chain lanyard comes in the box and because of how light this device is, I’ve been wearing the Koko around my neck like some sort of fashion accessory. It’s just too easy to lose and the lanyard helps to keep it close.

The Koko comes with new 1.2ohm pods and there are two of them in the box. These are red at the base to differentiate them from the original Caliburn pods which are black at the base. If you still have Caliburn pods, you’ll be happy to know that they’ll work in the Koko. The Koko pods will also work in the Caliburn.

The top cap on the pod pulls off and this gives access to the fill port. It’s a pain to remove sometimes but it’s definitely secure.

Once the top cap is off you’ll see three holes, but the middle hole isn’t for filling. Only fill through the holes on either the left or right side. I’d suggest a pointy-tip bottle for filling, droppers can be difficult to use without making a mess.

The pod attaches magnetically to the Koko but you still have to click it into place. Once the pod is seated there’s no wiggling and it’s very secure. There’s a convenient ejuice viewing window on the side of the pod so that you can see your ejuice level without having to remove the pod. 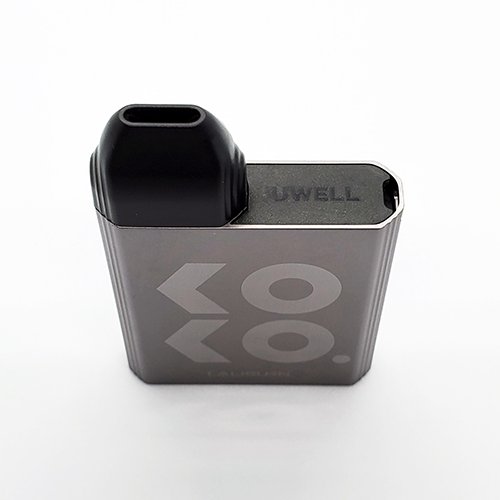 The Caliburn Koko has the same airflow as the Caliburn: a loose (but not airy) MTL draw. It’s just tight enough to satisfy me but it isn’t so tight that I have to struggle to get a draw.

For those of you who are seeking a tight mouth to lung device, the Koko isn’t what you’re looking for. But if you like a MTL draw that is somewhere on the looser side without being too loose, this is your device! 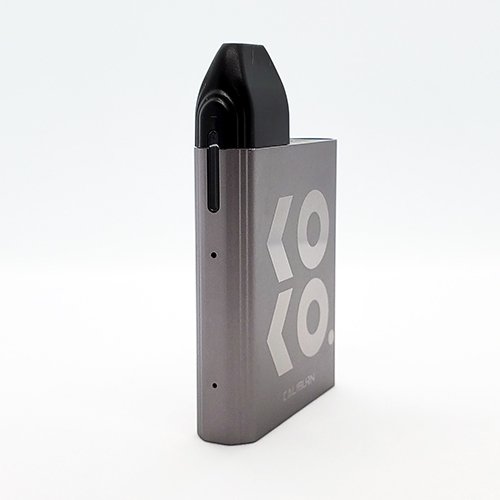 The Caliburn Koko has the same 520mAh battery as the Caliburn which, to be honest, is a little disappointing. Battery life is still decent but even an upgrade to 600mAh would have been nice.

As it stands, I’m getting a pod and a half out of a full charge. That’s a day and a half of use. Not bad but there are pod systems out there with much larger batteries and much longer usage times.

There’s an LED on the Caliburn Koko that lights up in three colors: green, blue and red. Green is full battery, blue is medium and red is low. When the Koko is out of the juice the LED will blink red. 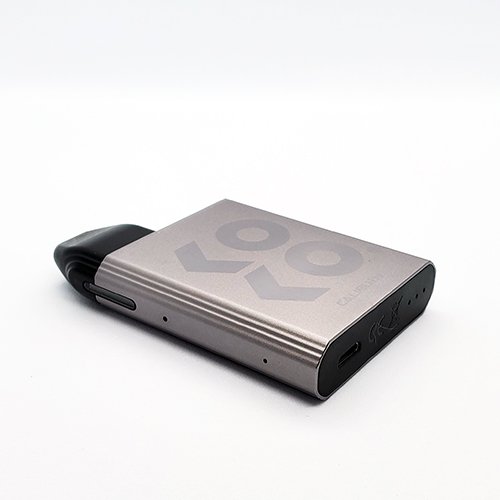 Because of the slightly lower resistance, the Koko’s 1.2ohm coils give a warmer vape than the 1.4ohm coils for the Caliburn. I prefer a warmer vape so this temperature is right up my alley.

The pods don’t take long to break in at all. After the first few puffs I can already taste the flavor popping through. Using a 35mg nicotine salt the draw is perfect. I get smooth vapor and the throat hit is on-point too.

The experience is so similar to the Caliburn that it’s hard to differentiate the two. The biggest difference is the warmth of the vapor but otherwise everything else is the same. The flavor is just as good and the draw is just as smooth.

One major pro to the Koko is that I’ve had no performance issues at all. The draw activated firing works flawlessly and consistently. The pods haven’t leaked either and my battery connection has remained dry as a bone.

If you already have the Caliburn, the Koko isn’t much different and I wouldn’t suggest picking it up. But if you don’t, the Koko is a great pod device that delivers warm vapor and a loose MTL draw with a nice throat hit.