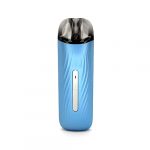 The OSMALL 2 is definitely improved in the design and build quality areas, but the performance is not that much different from the original.

That being said, I feel the same about the OSMALL 2 as I did about the original, which is that it’s a solid device for the price. The MSRP is only $16 so you get a lot of value for your money if you’re just looking for a simple and effective pod/nic salt vape. It’s also cheap enough that buying it as a back-up device isn’t a bad idea either.

VAPORESSO is one of the most well-known brands in the vaping industry. They offer a number of products in every category including pod vapes, vape mods, and vape tanks. If you’re a vaper, then chances are that you’ve seen or even used some of VAPORESSO’s products.

Most recently, we’ve reviewed VAPORESSO’s GEN PT60 & PT80S pod mods, their X MINI pod vape, and their XROS NANO pod vape, but these are just a few of the many VAPORESSO devices that we’ve reviewed over the years. If you’re interested in seeing more of our reviews on VAPORESSO’s products then you can check those out here.

This device was sent to me directly by VAPORESSO for the purpose of this review.

A complaint that I had with the original was that it was made of plastic, but the OSMALL 2 now seems to be made of aluminum alloy. This case feels much better constructed and even though it’s so light it feels much more solid.

There are 7 colors available: green, blue, gold, pink, silver, grey, and black. All of the colors have a metallic finish that is, again, much nicer than the plastic finish of the original. Another change from the original OSMALL is the finish on the casing. The OSMALL 2 has a “water ripple design” which is a textured pattern of raised “ripples” on the front and back of the device. It looks good and also adds some grip to what would otherwise be a slippery device.

On the front of the OSMALL 2 there is a small metal plate with an LED. There is also a VAPORESSO logo and “OSMALL 2” printed. The white LED lights up every time that you take a draw. The OSMALL 2 is draw activated; just inhale through the mouthpiece to start vaping. 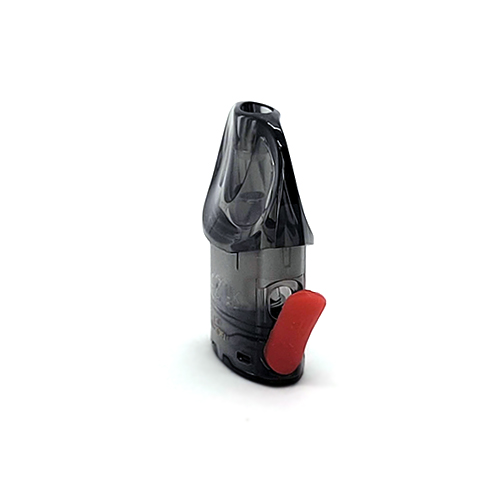 The pod for the OSMALL 2 hasn’t really changed from the original and as a result, you are able to use original OSMALL pods with the OSMALL 2. The shape of the mouthpiece is comfortable  and the pod is tinted so it can be difficult to see your remaining ejuice without a light source, similar to the original. The OSMALL 2 only comes with 1 pod in the box; a 1.2Ω pod.

The pod will hold up to 2ml of ejuice and is refilled through a port located on the side of the pod. The fill port is plugged by a rubber stopper which does a good job of sealing the port to prevent leaking. Interesting to note is that these new pods for the OSMALL 2 have a red rubber stopper, while the original pods have a black stopper.

The pod attracts magnetically to the battery and sits flush and snug when seated. There is a slight amount of wiggle but only if I really try to move the pod around. 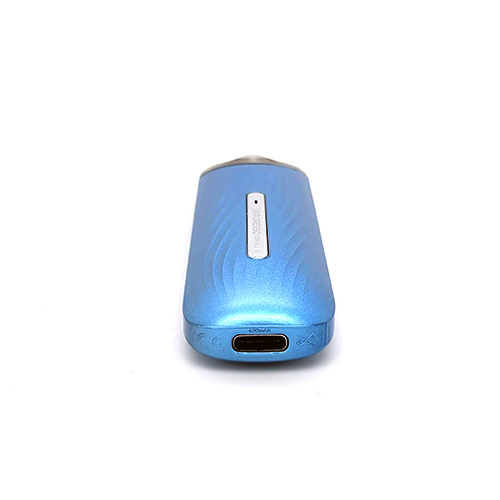 The OSMALL 2 has received a small upgrade to the battery and now has a 450mAh built-in battery — a 100mAh increase from the original. Still, 450mAh isn’t exactly a lot of juice even for a low wattage device. Battery life is okay with the OSMALL 2 and will get you through a day of vaping, but if you’re a heavy vaper then you will likely have to recharge at the end of the day. At the most I could see it lasting a few days with moderate use.

When the battery dies, the white LED will begin to blink and the OSMALL 2 will cease to fire. There’s no real warning when the battery is going to die, other than the draw starting to get weaker.

The OSMALL 2 recharges with Type-C charging. The white LED will stay on while charging and turn off when completely charged. 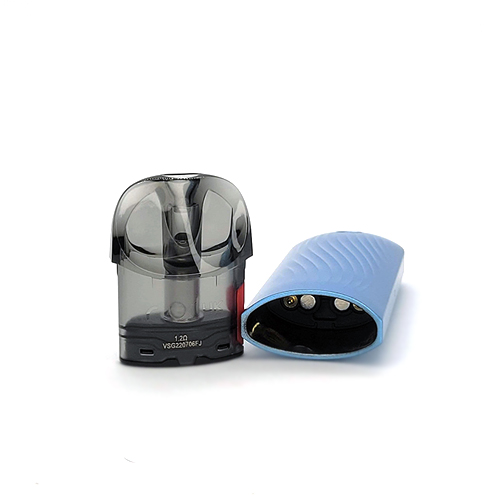 Even with the new 1.2Ω pods, I find that the OSMALL 2 performs very similarly to the original. The performance is much better than what you would expect from such a small, light, and inexpensive pod vape and it’s definitely a device that I would use as my main nic salt vape.

The flavor from this new 1.2Ω pod is great. It delivers really good flavor across many different types of ejuices that I used including fruit, fruit/menthol mixes, desserts, and beverage flavors. The draw is smooth but the hit with nic salts is satisfying and nice.

There’s no airflow adjustment of any kind on the OSMALL 2 but it’s meant to be a MTL device and it does its job well. The draw is a slightly restricted MTL vape that is not too tight or too loose; it’s nicely in between.

The OSMALL 2 does great when at or near a full charge, but as you vape the draw gets noticeably weaker. When it’s near dying it’s no longer as satisfying to vape on and so I would have to charge it before it died to even continue using it. Since there’s no LED indication that it’s almost dead you have to go by the feel of the draw alone to know when it’s time to recharge and this isn’t ideal.

The OSMALL 2 is definitely improved in the design and build quality areas, but the performance is not that much different from the original. That being said, I feel the same about the OSMALL 2 as I did about the original, which is that it’s a solid device for the price. The MSRP is only $16 so you get a lot of value for your money if you’re just looking for a simple and effective pod/nic salt vape. It’s also cheap enough that buying it as a back-up device isn’t a bad idea either.