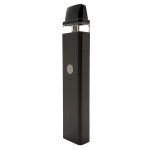 The XROS is Vaporesso’s newest pod system. It’s a MTL device designed for use with nic salts, just like the Vaporesso Degree, Vaporesso Xtra and Osmall. However, while these other devices felt like they were carving out their own piece of the pod system market, the XROS looks and feels like it was built with a single mission in mind — to be better than Uwell’s Caliburn.

The Caliburn has long been one of the best pod vapes, as well as one of the best devices for nicotine salts, so beating it out is no easy task. Vaporesso’s XROS has a lot going for it, though. The specs are not bad at all: a compact design, an 800mAh battery, button or draw activated firing, and USB-C charging. Looks good on paper, but how it performs will be the real indicator.

Is the Vaporesso XROS better than the Caliburn?

This device was sent to me by Vaporesso for the purpose of this review. 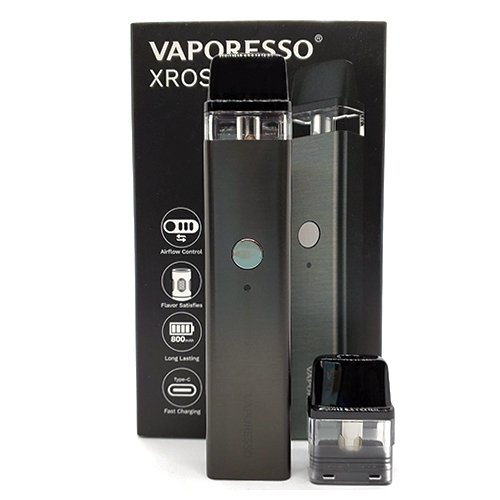 As I mentioned in the intro, the XROS looks and feels like it was made to be a better version of the Caliburn. It has a similar shape and design and even the button and LED placement are nearly identical. The XROS is 112mm tall, 23mm wide and 13mm thick, which makes it slightly taller and chunkier than the Caliburn, but it’s not a big device by any means. It’s still lightweight, compact, and easy to pocket.

The shell of the XROS is made of stainless steel, so it’s durable and corrosion resistant. I got the matte grey XROS which looks really nice, but it also comes in silver, blue, sky blue, rose pink, and rainbow. The paint seems to be of good quality. I’ve been using the XROS for about a week now and I’ve thrown it in my pocket with my keys and other devices and it hasn’t chipped or scratched.

On the front of the XROS there’s a single, round fire button that looks like it’s made of metal. The button is firm and feels good. Underneath the button is an LED that serves as a battery life indicator. Again, this button and LED layout is very reminiscent of the Caliburn.

On the opposite side of the XROS there’s an airflow adjustment slider. It’s a little round knob and three vertical slots. The slider has just the right amount of resistance that it’s easy to adjust, but it won’t accidentally move from where you set it. The airflow can be fully open, fully closed, or anywhere in between. These airflow slots feed into the bottom of the pod.

The pod is nothing revolutionary and quite standard. It attaches magnetically to the device and it’s a pretty snug fit. The magnets are strong and hold the pod in place securely. There is a little bit of wiggle with the pod inserted but it’s very slight.

My unit is marked as a sample so some things might change for the retail version. But as it is now, I’d say that Vaporesso have done really well with the design and build quality of the XROS. Other than the very minor pod wiggle, I can’t find anything to complain about.

The XROS has an adjustable airflow slider with three slots. The draw is similar between the two included pods, but the 0.8ohm pod gives a slightly looser draw than the 1.2ohm pod.

Fully open you can expect a loose MTL vape. As you close down the slider, the draw gets progressively tighter. With just one airflow slot open, the XROS delivers a tight MTL draw that is similar to the draw of a cigarette.

In my opinion, the airflow on the XROS is perfect for MTL vapers. Whether you like a loose MTL draw or a tight MTL draw, it can be adjusted to suit your preference. This is a big plus over a lot of other pod systems that can only do one or the other.

The XROS comes with two pods in the box:

These are pretty standard as far as pods go, but they do have some design elements that are really useful. For one, the pods are clear. There’s no tint or anything on them so you don’t have to struggle to see how much ejuice is left in the pod. The pod also sits above the battery so you don’t have to remove the pod to check your ejuice level.

The mouthpiece is slightly rounded and comfortable to use. This mouthpiece is actually a cap that pulls off to access the fill port. There’s nowhere to grip the cap so it can be difficult to remove, especially if you have ejuice on your hands. I found pushing on it side to side made it easier to remove, rather than trying to pull it up.

With the cap off, there’s a small hole with a rubber seal that you push your ejuice nozzle into in order to fill the pod. This rubber seal opens up like an X when you insert your ejuice bottle nozzle, and then closes up when you remove it. I tested this seal by turning the pod upside down, and it didn’t leak. But I’m concerned that over time, with consistent filling, the seal will loosen up and won’t fully close. For now  it’s working properly and this is just speculation, but this fill port just doesn’t seem as secure as Vaporesso PTF port. 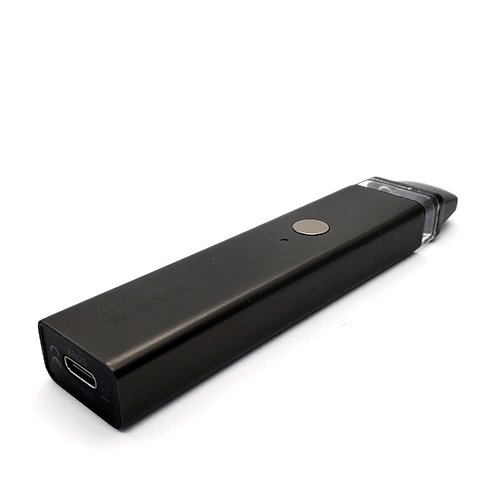 The XROS has an 800mAh built-in battery and it recharges through a Type-C port on the bottom of the device. It’s always great to see new devices using Type-C as this allows them to charge much quicker than Micro-USB.

The LED under the fire button lights up when you take a draw or while charging to indicate the battery level. There are three colors:

While using the 1.2ohm pod, I vaped just over two full pods of ejuice. Not bad for such a small device. This was a few days of use for me, but if you don’t vape very much then I could see a single charge lasting up to a week.

The 0.8ohm pod gave similar battery life, but understandably shorter. I vaped a pod and a half before needing to recharge.

Thanks to the Type-C port, the XROS charges from dead to fully charged in around 45 minutes. It also has pass-thru charging so it can be vaped on while it charges. 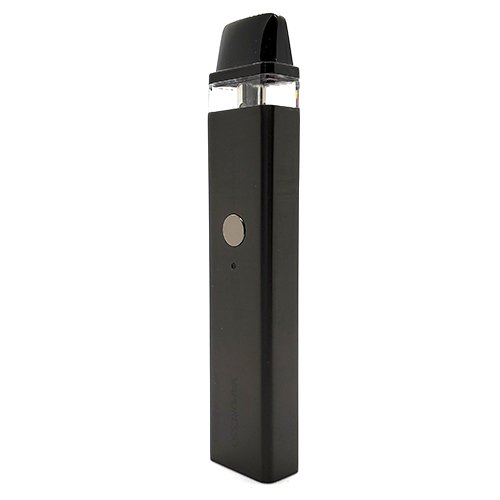 I found the two pods perform nearly identically, but I’ll start off with the 1.2ohm pod. This pod fires at 11W. Vapor is warm, even with the airflow completely open. It starts off as a warm, loose MTL draw, and gets warmer as the airflow is closed down. The draw also goes down to a tight MTL draw as the airflow is closed. Flavor is impressive. This isn’t a cloud chucking device though, so if that’s what you’re after then the XROS isn’t a good choice.

The 0.8ohm pod performs like the 1.2ohm pod but the draw starts off slightly looser. It’s still a warm, loose MTL draw with the airflow open. Closing it down makes the vapor warmer and the draw tighter. The flavor from this pod is better than the 1.2ohm pod but that might just come down to it firing at a higher wattage of 16W. No massive clouds from this pod, but the flavor is on point.

Neither pod gave me any performance issues or leaking. The draw activated firing also worked without issue. It doesn’t take too much effort to activate, nor is it too sensitive.

It’s a hard call but I think that Vaporesso have indeed succeeded in beating out the Caliburn. The XROS performs like a dream and doesn’t have any real shortcomings to speak of. The flavor is on point, as is the warmth and airflow. This is the perfect device for MTL vapers and certainly one of the best devices for nicotine salts to come out in 2020.

What do you think about the Vaporesso XROS? Leave a comment with your thoughts.