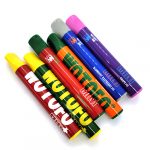 Recently I reviewed Wotofo’s Wafer disposables. Well today I’m back with another one of their disposable vape offerings, the Wotofo Mini+.

Wotofo is well known amongst vapers for their rebuildable tanks like the SRPNT RDA, Profile 1.5 RDA, Recurve Dual RDA, and Profile M RTA. Since their success with rebuildables, Wotofo has also released sub ohm tanks, vape mods, and pod vapes.

Now, Wotofo has been expanding their product lineup by offering a range of disposables. They recently released seven lines of disposables and the Mini+ is just one of the ones that I have on hand for review. I will also be reviewing more of Wotofo’s disposables in the near future.

The Wotofo Mini+ is a disposable vape pen that comes with 2.8ml of ejuice and a 500mAh battery for up to 800 puffs per disposable. It is available in 10 flavors, all of which come in 50mg nicotine salt strength. Wotofo Mini+ disposables also feature airflow adjustment.

These disposables were sent to me directly by Wotofo for the purpose of this review.

Just like Wotofo’s Wafer disposables, the Mini+ is rocking a loud design that is in no way subtle. These are very colorful and come in bright colors so they stand out like a sore thumb. If you’re trying to stay under the radar and hoping no one will notice you vaping, these are definitely not the disposables for the job.

That being said, from a purely aesthetic standpoint they look attractive and fun. The loud colors set them apart from other disposables and the large WOTOFO branding leaves no doubt as to who manufactured them.  The branding is a little too much in my opinion but it is what it is I guess. In addition to the WOTOFO logo there is MINI+, the flavor, and another Wotofo logo on the case.

The mouthpiece is in a contrasting color to the color of the case and that makes these standout even more. It looks like Wotofo intentionally went with clashing colors for the effect.

The case is made of stainless steel so it should hold up for the life of the disposable which is around 800 puffs. These are light but they feel solid and well constructed. They are quite small too at just 102mm tall with a 14mm diameter. 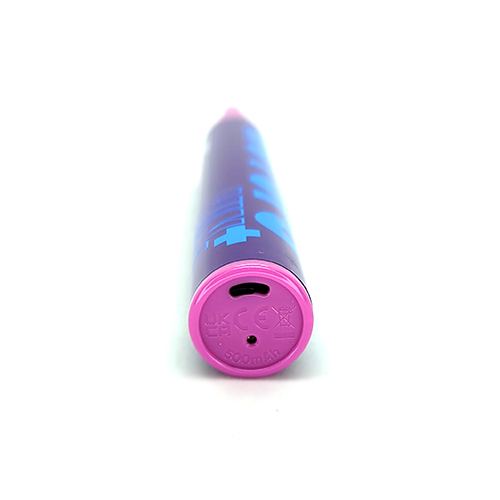 Each Mini+ comes filled with 2.8ml of nicotine salt ejuice in 50mg strength. This appears to be the only strength available for them at this time. They use a 1.6Ω coil inside and pack a non-rechargeable 500mAh battery. For the small size these are good specs. They are better than the Wotofo Wafer which for comparison has 2.2ml of ejuice, a 400mAh battery, and is rated for 600 puffs.

On the bottom of each one there is an LED indicator and an airflow control switch. There isn’t a wide range to adjust because the switch and slot are so small, so it’s pretty much all the way open or all the way closed. There isn’t room for fine adjustments. I’ll talk more about the airflow in the “How Do They Vape?” section. 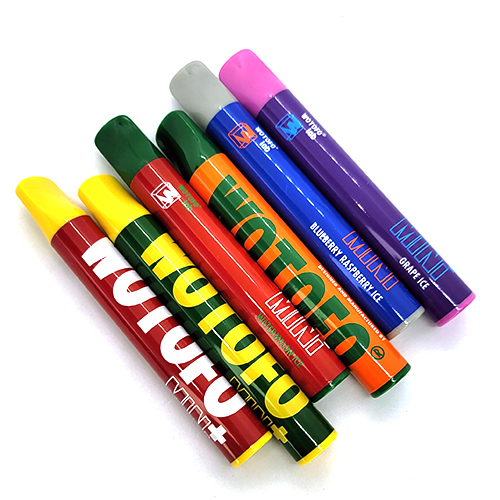 Wotofo’s Mini+ disposables come in 10 different flavors and I have all of them on hand with me for this review. These are the same flavors that the Wotofo Wafer comes in, which I reviewed not too long ago. The flavors taste the same in the Mini+ as they do in the Wafer so I’ve copied my thoughts on the flavors from my Wotofo Wafer review.

I like that Wotofo has gone with the flavor of natural blueberries and raspberries rather than candied. It’s still pleasantly sweet though. Raspberry flavor comes in quite heavily on the exhale which is nice too. There isn’t a lot of cooling here for an ice flavor but I like it.

It’s like a grape soda but with a little cooling added in too. This is one of my favorite flavors of the lot. The sweetness is just right and the grape flavoring isn’t too artificial tasting. It’s a really good flavor for anyone who likes grape vapes.

This tropical mix is really nice. Guava and passion fruit are the main flavors that I taste on the inhale, followed by a subtle flavor of kiwi on the exhale. It’s slightly sour, mostly sweet, and all around tasty. No menthol at all here.

This is like a stick of freshmint gum. There isn’t a lot of gum flavor but that’s what it reminds me of. It’s a nice sweet mint and it’s refreshing to vape on. For a mint flavor though it’s not as minty as I’m sure some would like.

From what I can taste this is really just a pineapple flavor. I don’t taste a lot of coconut. There is a little coconut flavor right at the end of the exhale but it’s 95% pineapple. I think what the coconut does is make the pineapple a little less sour and brings out the sweetness a touch more but I don’t taste the coconut much. Good flavor though.

This is another one of my favorite flavors. I’m partial to any sort of apple flavor but this one is spot on. It’s slightly tart with a nice balance of sweet green apples. Any fan of apple flavors will definitely enjoy this flavor. I highly recommend it.

Strawberry banana is a tried and true flavor and a staple in any disposable brands lineup. While I don’t think that this one is any better than all of the others out there, it’s a solid flavor. The mix is perfect, half strawberry and half banana. It’s like a strawberry banana smoothie, complete with the menthol chill to round it all out.

This gives off the flavor of a strawberry milkshake, complete with a little vanilla to really sell the flavor. This flavor isn’t really for me but I have to give props where props are due. It’s hard to recreate a flavor like this and Wotofo has done a really good job.

If you vape on disposables a lot then you’ll be familiar with this flavor. It’s also known as “Lush Ice”. The watermelon in this disposable is super strong and pronounced. It’s not quite candied, but not natural either. Rather than emphasizing just the sweet taste of watermelon, the watery taste is really pronounced. It’s a different take on a watermelon flavor and one that I enjoy vaping. 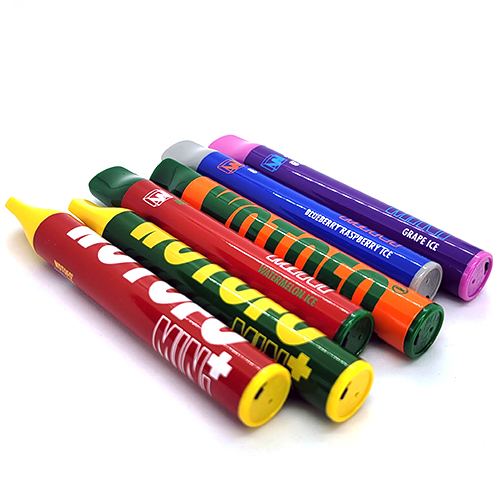 If you don’t like too tight of a MTL vape, these are the better option over the Wafer. If you do like a tight MTL vape, these are going to be just the same as the Wafer with the airflow closed, just they will last longer and come in a more (in my opinion) portable and convenient design.

Just like the Wafer, the draw from each of the Mini+ disposables is smooth and satisfying. It’s just dense enough of a draw with the airflow open to be to my liking. The flavors are very good too so it’s enjoyable to vape on these for extended periods of time.

I did not have issues with any of the 10 Mini+ disposables that I received for review. They all worked right out of the packaging and none of them have malfunctioned in any way. They also have not leaked.

Like Wotofo’s Wafer disposables, the Mini+ disposables are great performers. The drawback to these is the same, mainly the design. It’s a loud, attention grabbing design that not everyone will be into. However, the performance is so good that I could almost forget about how they look.

Compared to the Wafer, these get you more puffs, will last longer, and allow you to adjust the airflow (albeit with a small adjustment range). The flavors are the same and they are tasty, so I would get these over the Wafer just based on these reasons alone.

If you aren’t particularly a fan of menthol then that is another reason to pass on these. There aren’t many non-menthol flavors and no tobacco flavor either.

If you like menthol and are in the market for a new disposable vape brand, try Wotofo’s Mini+ disposables. I think that you’ll enjoy them.